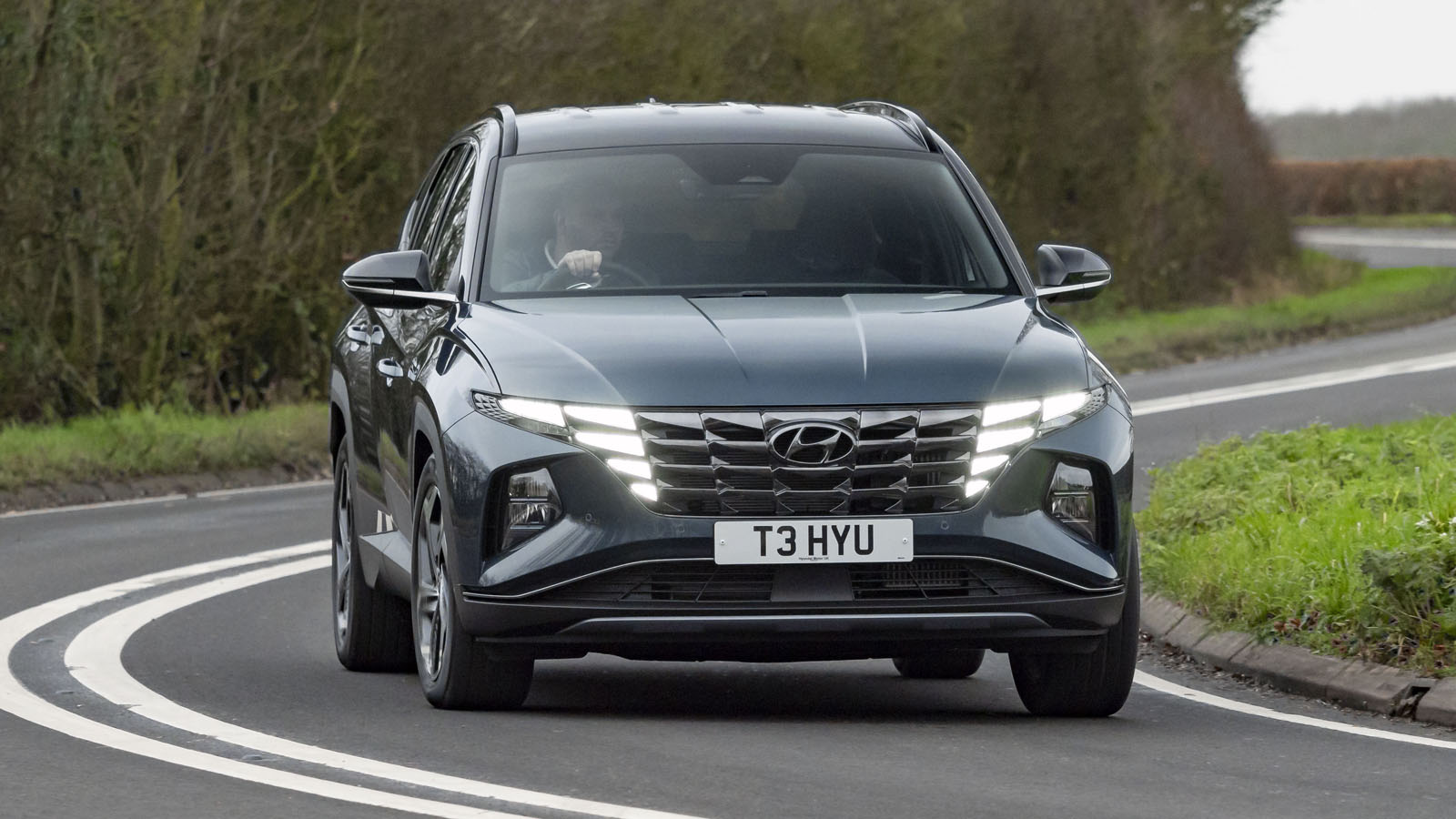 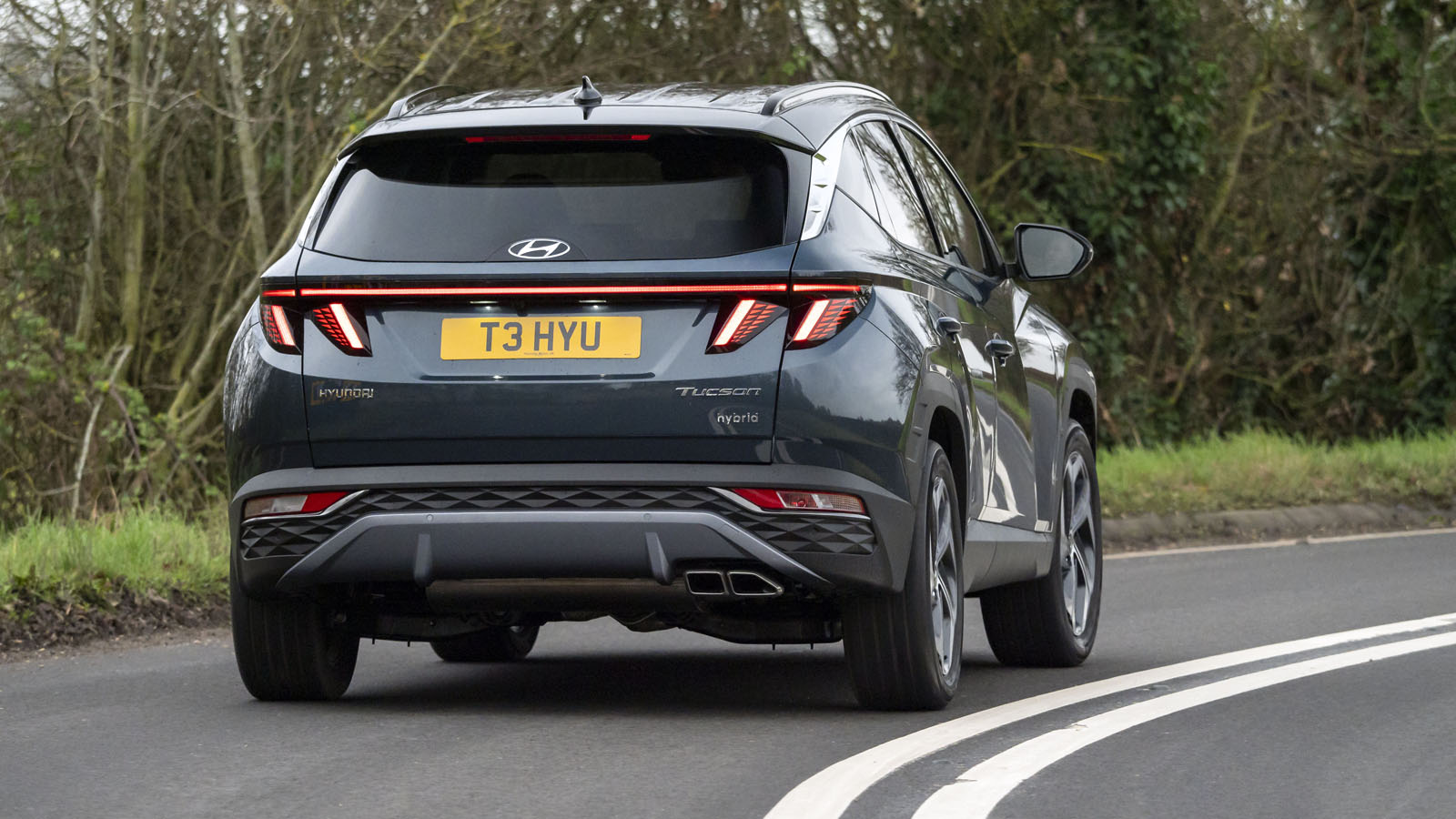 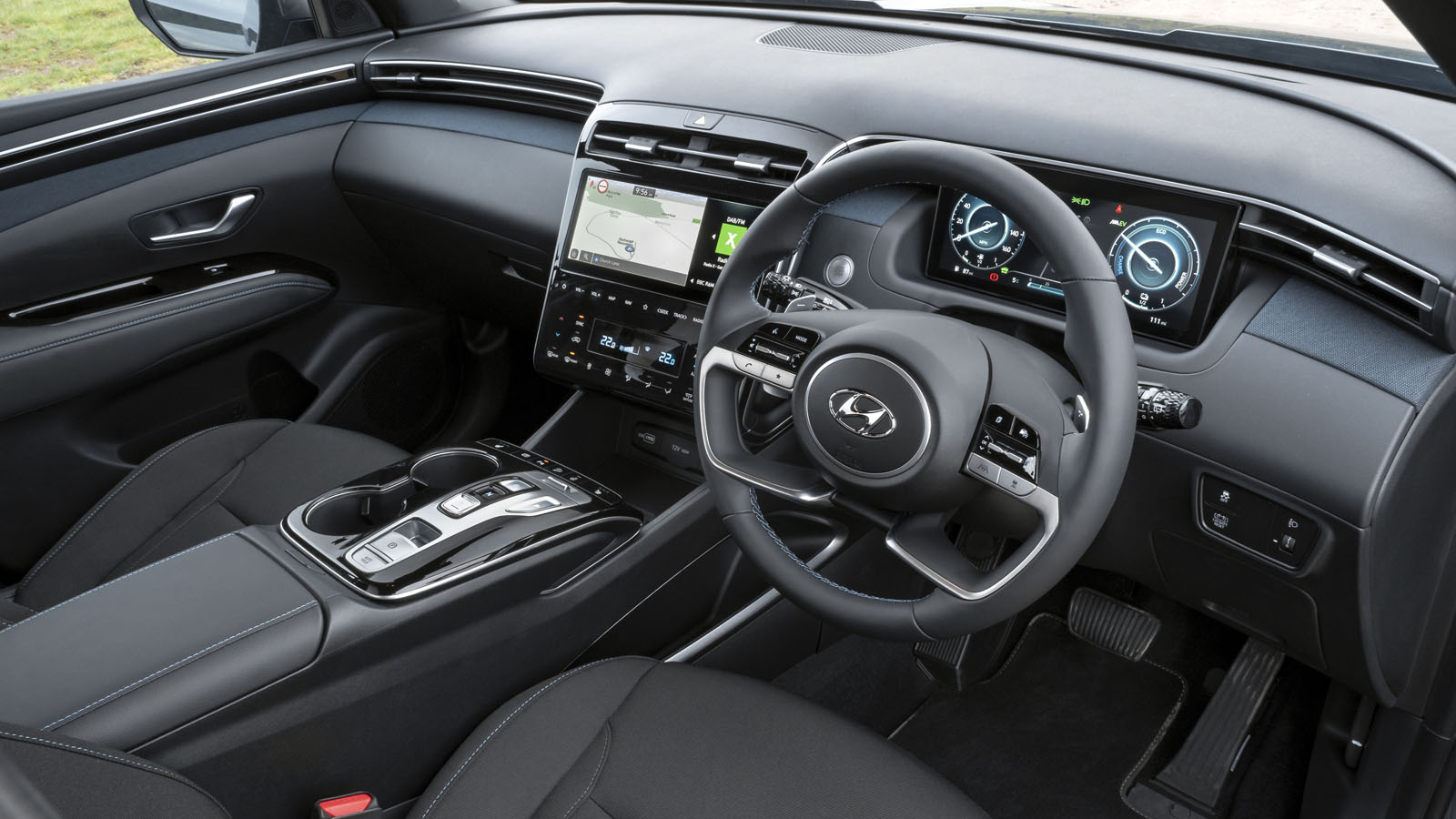 Even the simple art of operating this car proves Hyundai isn’t afraid of alienating previous Tucson buyers. If you’re in an automatic then gone is anything resembling a traditional stick in the middle, to physically clunk through park, reverse, neutral and drive. Instead you’ve a vertical line of buttons, very similar to those you’ll find in the middle of a McLaren (or up on the ceiling, if it’s a Speedtail).

You’ve another toggle switch nearby, which clicks through Sport and Eco modes. The car defaults into the latter on start up, and you’d be wise to follow its lead. Punchy and (largely) refined though the 1.6-litre petrol engine is, it’s a bit thrashy at high revs. Sport hangs onto low gears with rather too much gusto and with most of the torque low down, you won’t be going much slower in Eco mode. With the full Hybrid, it’s better to see how much EV driving you can eke out of this powertrain and slink around in the futuristic way its aesthetic suggests. The optional Electronic Controlled Suspension (Hyundai-speak for adaptive damping) also adjusts between the two modes, but the car’s not overly soft if you’ve not stiffened it up.

All told, this car isn’t extraordinary to drive… yet. Perhaps a bombastic N version will follow. But it’s more than good enough for the task at hand. Nothing in this class bar a Ford Kuga drives with any real verve, and the Tucson doesn’t lag too far behind, inhabiting the upper quartile of the SUV/crossover handling graph.

It’s sharp (enough), nimble (enough), and it welcomes a bit of enthusiasm if you want to get home quickly, while feeling more in its comfort zone when you don’t. The steering is surprisingly weighty, with some inertia in the response, yet very little friction. And the car reacts progressively in yaw and roll. All of which is a fancy way of saying it's easy to take a smooth, measured path that won't make anyone sick.

It's also stable on motorways, while on tighter twisty stuff or suburban roundabouts it feels quite heavy and deliberate in its movements: a solid crossover, not an agile car. You sit high too.

How successfully the Mud, Sand and Snow Terrain Modes work, we didn’t get the chance to find out. We suspect the only one most Tucson owners will ever really call upon will be the latter.

A shout out for its vast swathe of driver assistance systems, too, which work away in the background better than rivals’ and are turned off with shorter, simpler button presses if you’d rather go without. Our favourite lives within the TFT dials, either the speedometer or rev counter displaying a hi-res camera feed from the left or right of the car, depending on which indicator you’ve flicked.

Its blind spot monitoring plus, basically, and it’s fantastic for keeping your eyes closer to the road ahead while still keeping an eye out for rogue mopeds that might be nipping past in an attempt to keep a few more degrees of heat in the fried chicken they’re delivering. Whether it’ll be standard fit or reserved for higher spec levels remains to be seen, but given it accompanies traditional door mirrors rather than replacing them, it’s an implementation of camera safety tech we’d argue is beyond reproach. 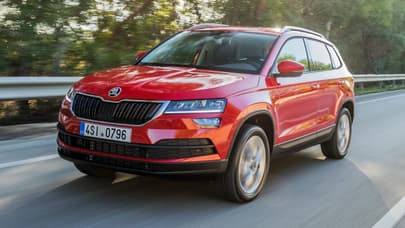 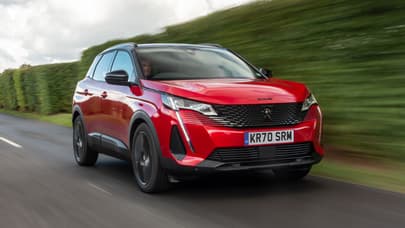 Tangibly more practical and interesting than a 308, this is SUVs done properly 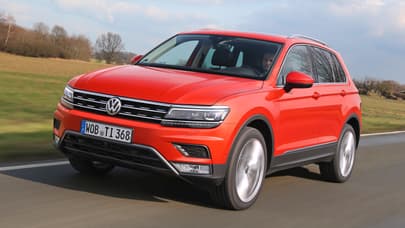 £ 24,785 - £ 41,350
The Tiguan looks and drives sharper than ever, but still does lots of sensible stuff beneath the skin
compare car finance
Powered by
more on this car
Take one for a spin or order a brochure
order a brochurebook a test drive
Powered by