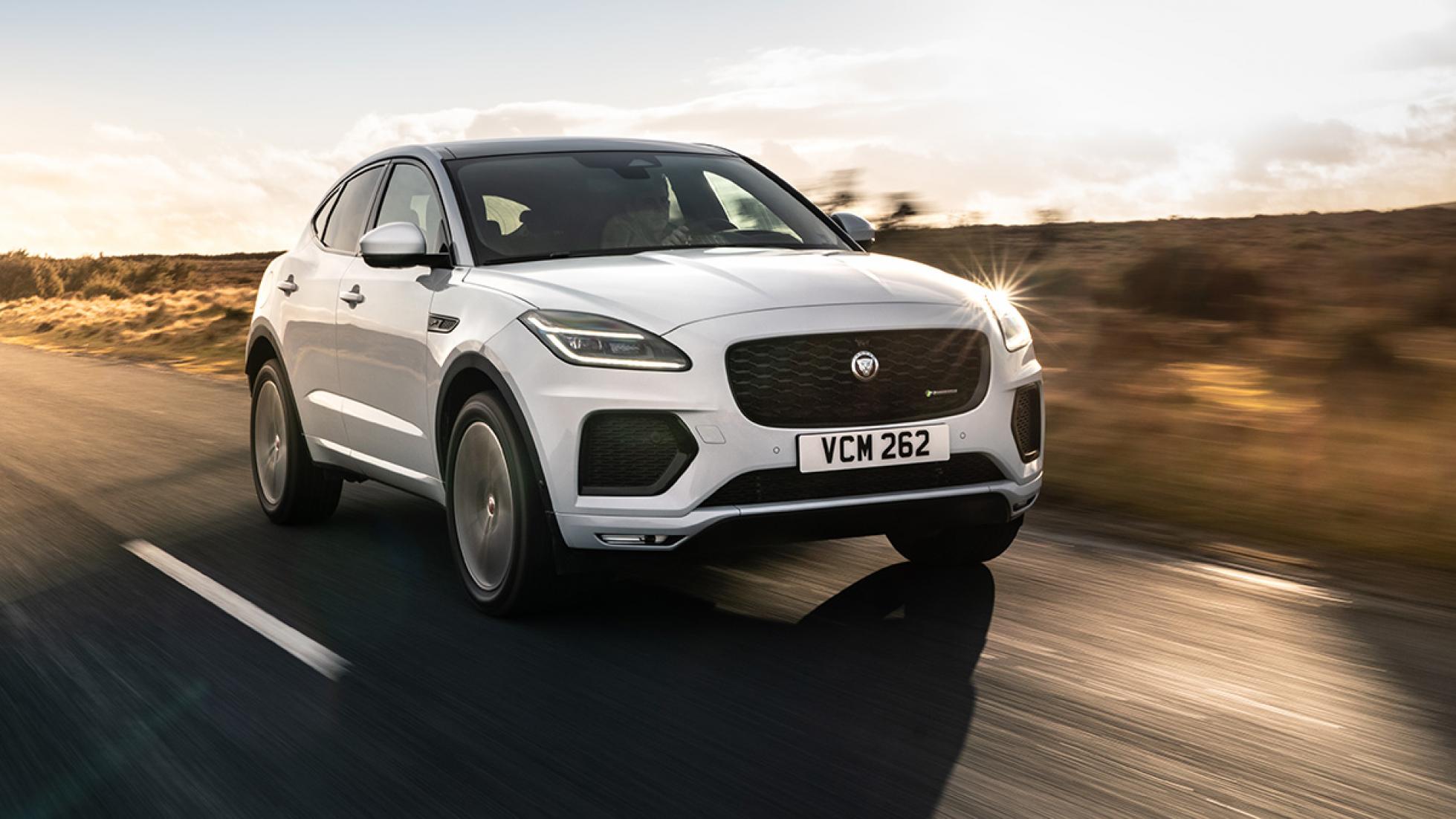 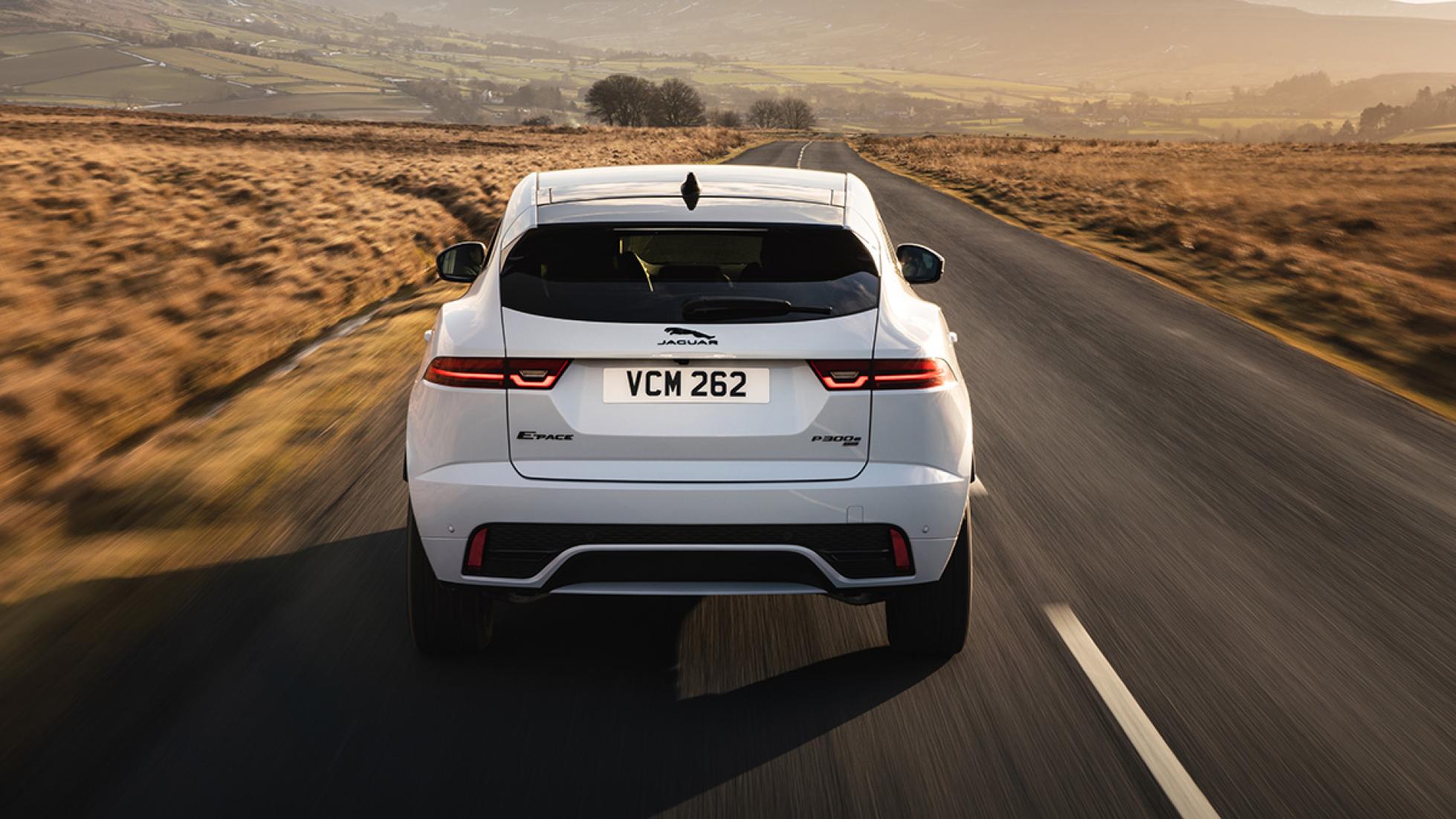 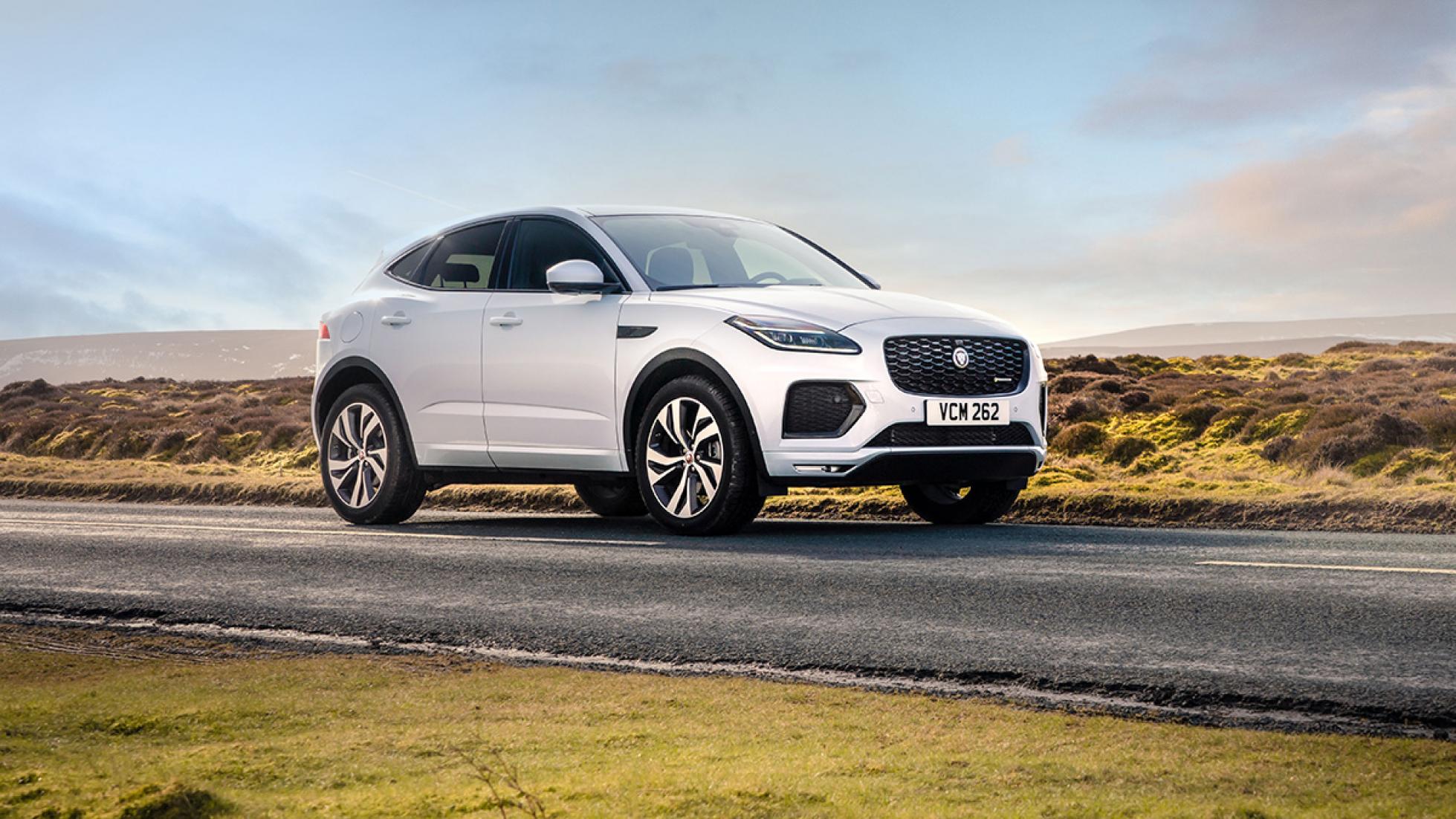 Don’t be confused by the name: 'E'-Pace does not mean electric. For fully electric crossovers with a Jaguar leaper on the boot, you’ll want the I-Pace. The E-Pace now has mild-hybrid boost for all engines and a P300e plug-in version that'll do most of the school run on battery power, but the all-electric Jaguar family is still a few years away.

Engines are all turbocharged, and all have four cylinders. Helpfully, the cars are all named after their power output in metric horsepower, so you simply have to choose between D165 and D200 diesels.

Same goes for the petrols, and their P initial: choose from P200, P250 or P300 variants. No matter which trim level you plump for, your petrol E-Pace will have all-wheel drive and the nine-speed automatic gearbox.

Negotiating the E-Pace trim level is a tad more complex and really splinters the range. The basic sub-£32k E-Pace is just that: E-Pace. No initials, no extra nomenclature.

Up the ladder is bodykitted R-Dynamic, R-Dynamic Black, while the P300 version gets a trim level all to itself. For UK buying habits, a low-CO2 engine with automatic gears wearing flared bumpers and giant wheels will be the spec you’ll spot most often in the wild. Good job the E-Pace caters for rims up to 21 inches across, then…

It’s just had a thorough overhaul in fact, migrating off its old Ford-based platform onto JLR’s newer Evoque-ready underpinnings to carve out vital space for hybrid batteries and plug-in ability.

Even the entry-level diesel engine is now allied with 48-volt electric boost, so it averages a real-world 40mpg and no longer clatters into life on a frosty morning like an undead skeleton trying to escape from a biscuit tin. Sweet dreams. 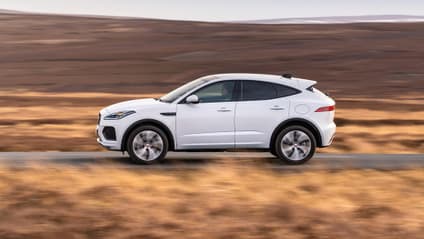 “Jaguar's smallest car does the basics well enough, but never stops feeling like an entry-level model”

Jaguar’s small crossover doesn’t exude much Jaguarishness. The ride is bobbly and the car feels heavy beneath you. That said, it's perkier to drive than its German rivals, more refined than it used to be, and the choice of engines has really been bolstered by the arrival of hybrids.

Also in the ‘welcome improvement’ column is the 11-inch touchscreen, which, unlike the last version, doesn’t treat smartphone pairing like Korean peninsula peace negotiations, severing ties every ten minutes and refusing to see reason. Lifting the cabin into the modern era, it’s nice to not be sitting inside a fossil any more.

Despite its tech gains, the E-Pace remains haunted by the same problem as before. If you want to spend £35k-£50k on a suave-looking British mini-SUV (and you aren’t fussed about handling) then you buy a Range Rover Evoque. Precisely because – unlike the Jag – it doesn’t seem to say ‘entry-level, bottom-of-the-range.’ 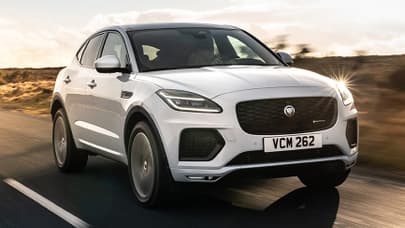 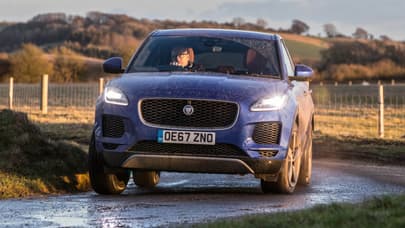 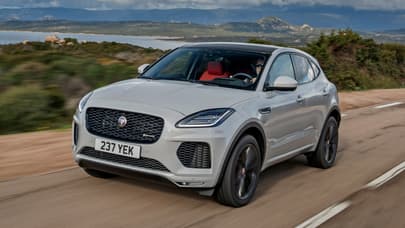