£73,145 when new
Read why you can trust our independent reviews 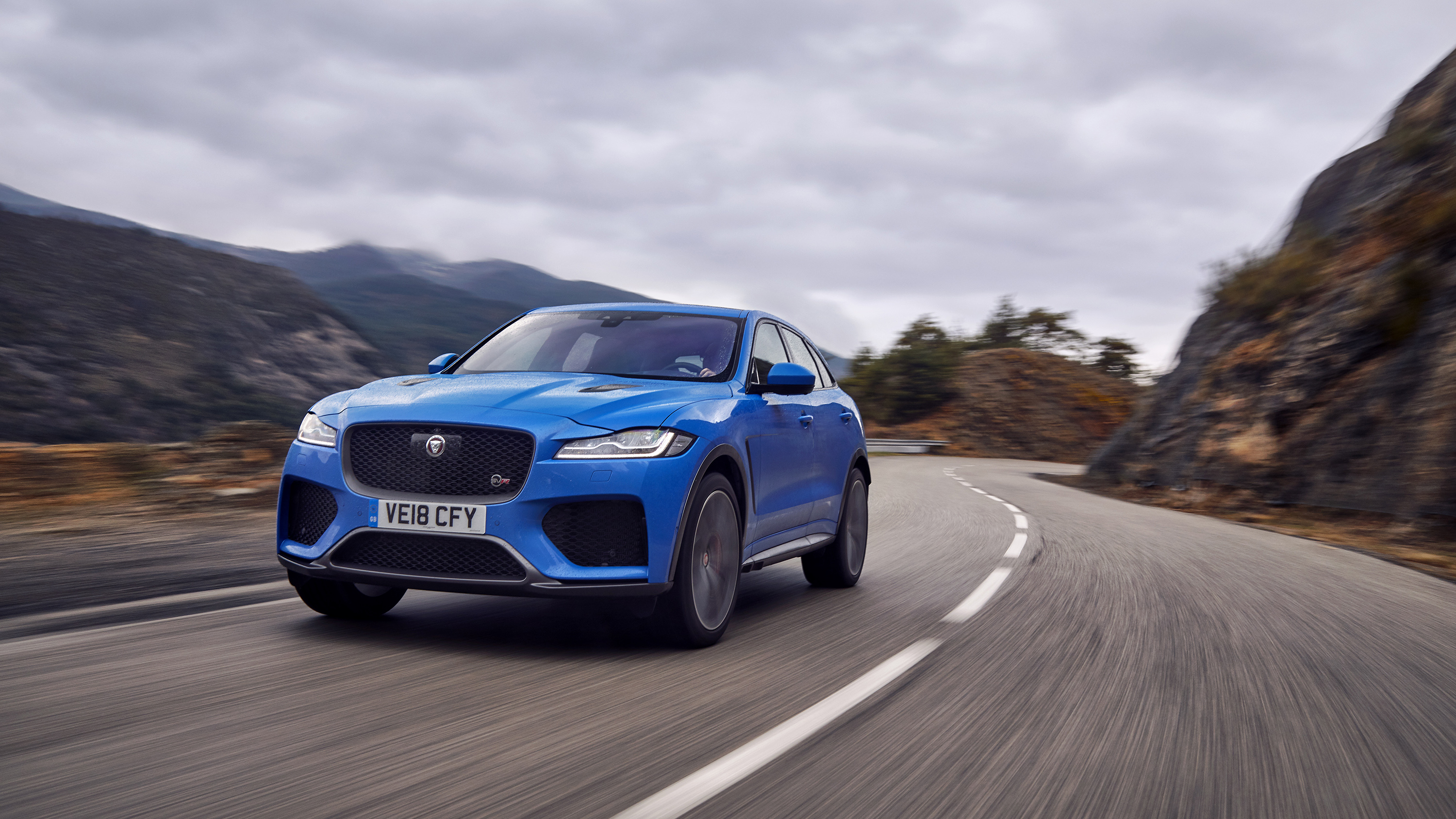 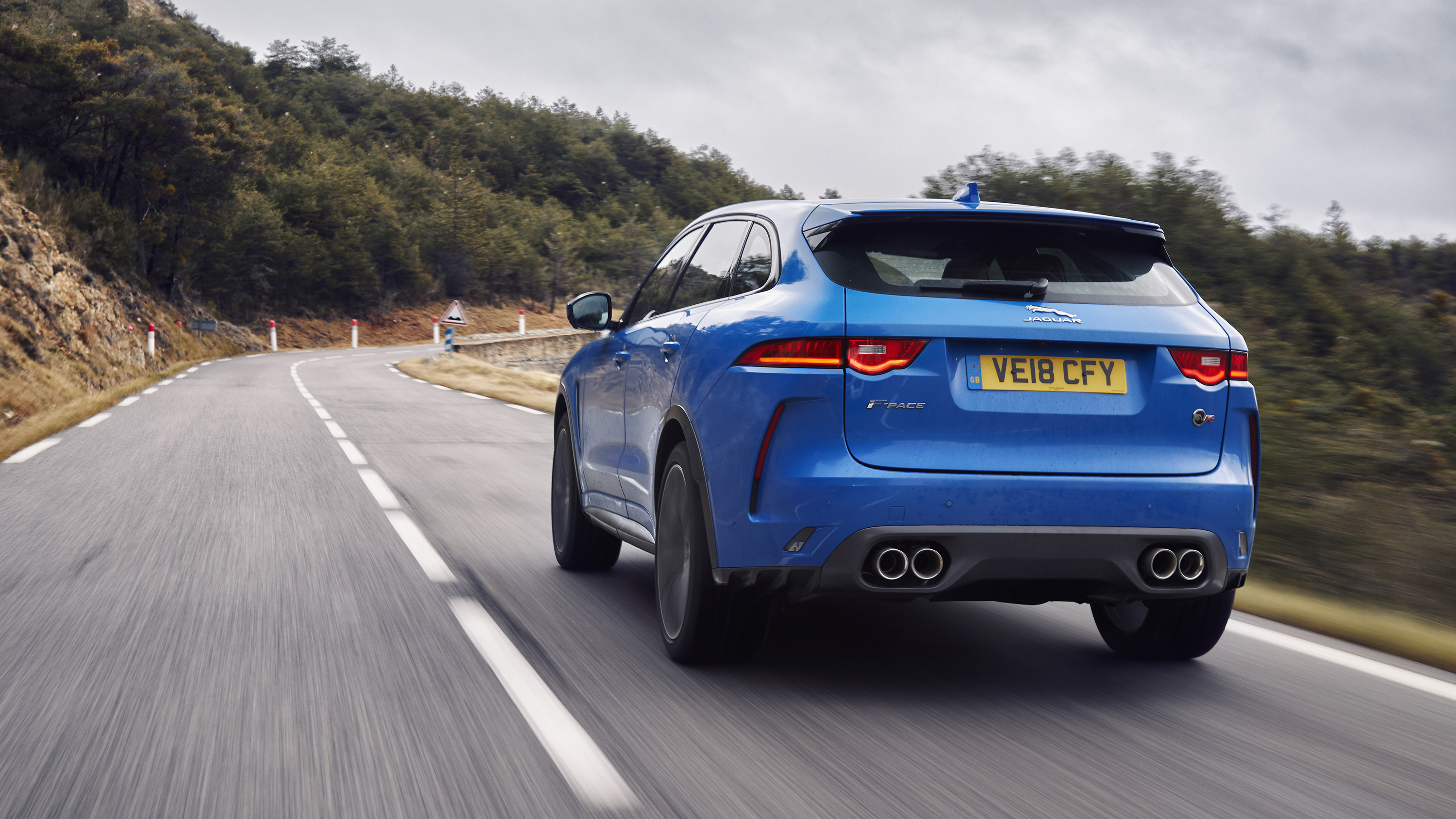 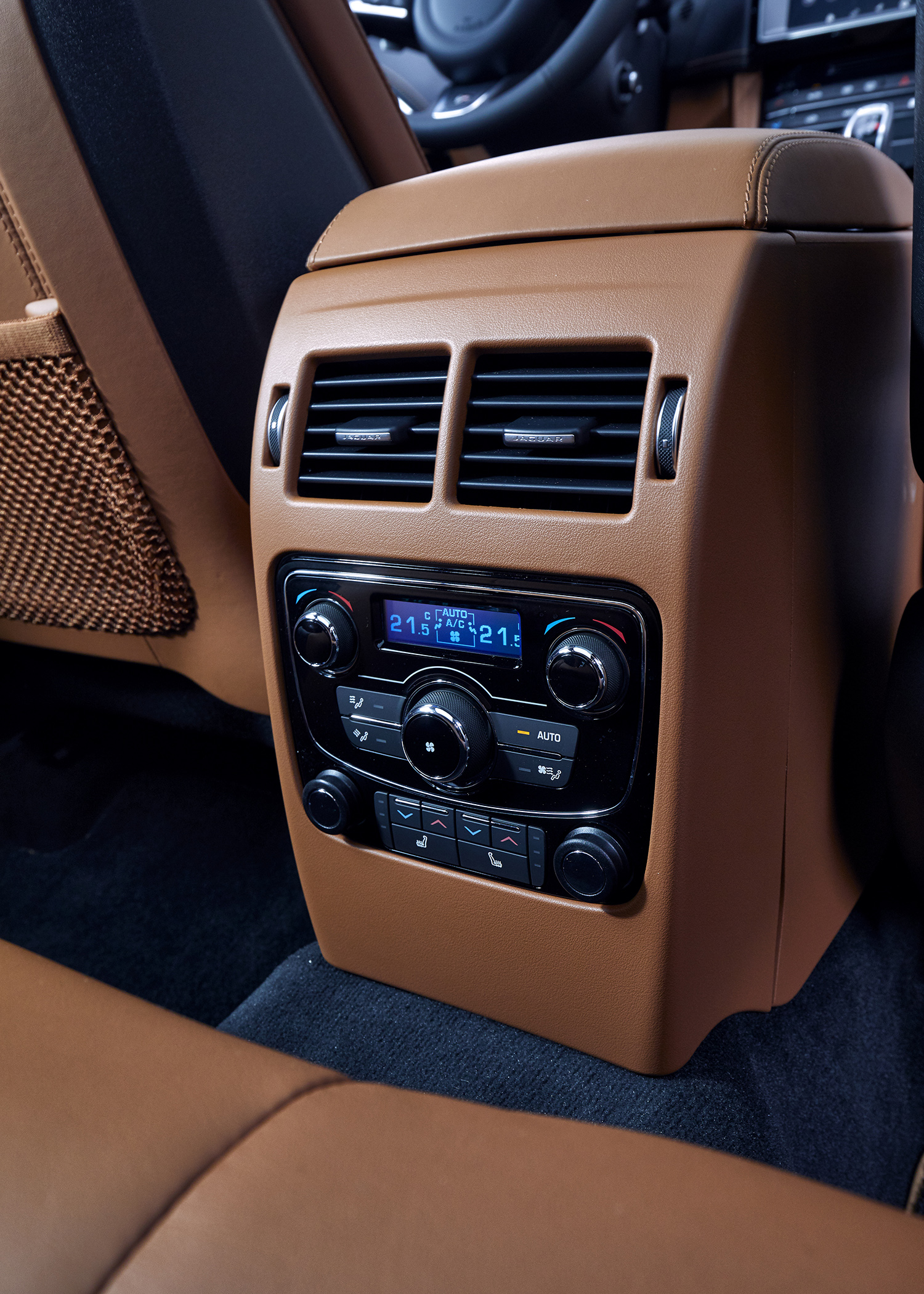 It’s a little while since we first saw the Jaguar F-Pace SVR. Comfortably over a year, in fact. The car was meant to launch last summer, but something cryptically described as a ‘critical parts supply issue’ means we’re driving it – and you’re able to buy it – a long time after Jag first promised.

Which, when you’re competing in the performance SUV market, is potentially a bit of an issue. No corner of the car world seems to have gained so many combatants so quickly, meaning the SVR launches to a potentially angrier pack of rivals than it should have.

Can it hope to compete?

Up front is Jaguar’s tried-and-tested 5-litre V8. Supercharged not turbocharged, here it possesses 542bhp and 502lb ft, a little less than the F-Type SVR. Or Jag’s bonkers Project 8 saloon. It’s up on power compared to its Alfa Romeo Stelvio or Mercedes-AMG GLC equivalents, but it carries more weight, so its 4.3sec 0-62mph time is half a second worse off. If that’s at all relevant, of course.

The power is sent to all four wheels, but via a transmission that heavily favours the rear axle, while there’s a traditional eight-speed automatic rather than a newer-fangled twin-clutch gearbox. If all of this is ringing a bell, then that might be due to the F-Pace’s enemy within - the Range Rover Sport SVR with which it shares so much, not least its suffix.

How does this compare?

That Rangey’s a raucous, rowdy old brute, and as soon as you climb into the more subtly styled Jag – no eye-wateringly pointless carbon bonnet here, you’ll have spotted – you realise the two have collected the same components but diverged when it comes to what character they’ve drawn from them.

On first acquaintance, this SVR is almost too subtle. It’s by the far the finest appointed F-Pace and feels a real step up in luxury over its lesser range mates, with intricate stitching, smart digital dials and a much classier application of carbon than too many of its foes.

When not pushed the engine is pretty quiet, too, and driven briskly – as opposed to aggressively – the SVR exhibits a bit of roll, some push at the front axle, and the general demeanour of a car that wants you to settle into its supportive thin-backed seat and just swallow miles. It feels its weight and heft, and initially like a missed opportunity.

Then you provoke it. Ramp up its driving modes and loosen the ESP, and a truly animalistic car reveals itself. Especially if the roads are damp. Is there a more easily cajoled all-wheel-drive system on the market? I’ve not driven it. The SVR’s two tonnes mean it’ll understeer if pushed too hard, so you brake into turns a little to get the nose settled.

Once it has, you’d better be ready to manage the rear axle. It’ll slip a little with a little throttle, it’ll slip a lot with a lot of throttle. It’s easy to read – even in the sopping wet – but snappy nonetheless. This isn’t a super SUV you climb in and drive with minimum effort at maximum velocity, as per an Urus, Cayenne or suchlike. It needs care and attention.

Surely it’ll still do distance, though.

To achieve the point-to-point blast its rivals specialise in you need to pare back your inputs, being mindful of how much you overlap throttle and steering. The SVR is perhaps the most driver focused SUV of the lot, in that it dances to your tune but will show you up if you’re not paying due attention.

When you settle down, driving it quickly but not boisterously, it feels wonderfully neutral and impeccably balanced for its size. But its top-heavy feel compared to the F-Type SVR means it feels far more likely to give you a handful of something to do. It’s the most slapstick Jaguar I’ve driven in a long while. In a good way.

Is it a silly question to ask if it’s quick?

Perhaps not. The SVR's supercharged V8 feels as wonderful as ever – and the creamy linearity of its delivery is to be celebrated – but in a world of sledgehammer twin-turbos, it simply can’t feel as bombastic in a straight line, nor does it sound like it’s gargling its key metallic components like the similarly propelled F-Type and Range Rover SVRs do.

The V8’s potency feels neutered by the bluff angles of the F-Pace and its volume has clearly been turned down, something its engineers do acknowledge. “Sound used to be more of a talking point, but maybe not so much now,” says the SVR’s dynamics chief, Ross Restell. “There’s a 3,500rpm lift off where you can make it bang and pop like the old car, but it won’t annoy you on a long drive. It has to be a nice place to be.”

This really is a nice place to be, too. Jag’s latest generation infotainment impresses, the customisable digital dials feel glitzy and it rides very well for its 22-inch wheel size. The gearbox is quick-witted and with eight relatively short ratios, it’s  addictive using the paddles, though the transmission’s also pretty smart when left to its own devices with only a clunky, aggressive kickdown as a black marker.

It’s a good thing, then?

Everything all slots together neatly, with all the components working in harmony, which is why it feels so subtle in those first few miles. While other super SUVs might feel like family cars with a hot rod engine uncouthly shoehorned ahead of the dashboard, this feels the car the F-Pace chassis was always made for.

The sensible 2.0-litres still feel more naturally agile and lighter on their feet – which they are, by a staggering 200kg – but the V6s were never proper performance versions, nor quiet enough to be luxurious. This SVR is the pick of the range, even if it’s lightly mad when really pushed. It may be a year late, but on this evidence, the F-Pace SVR has been worth waiting for.