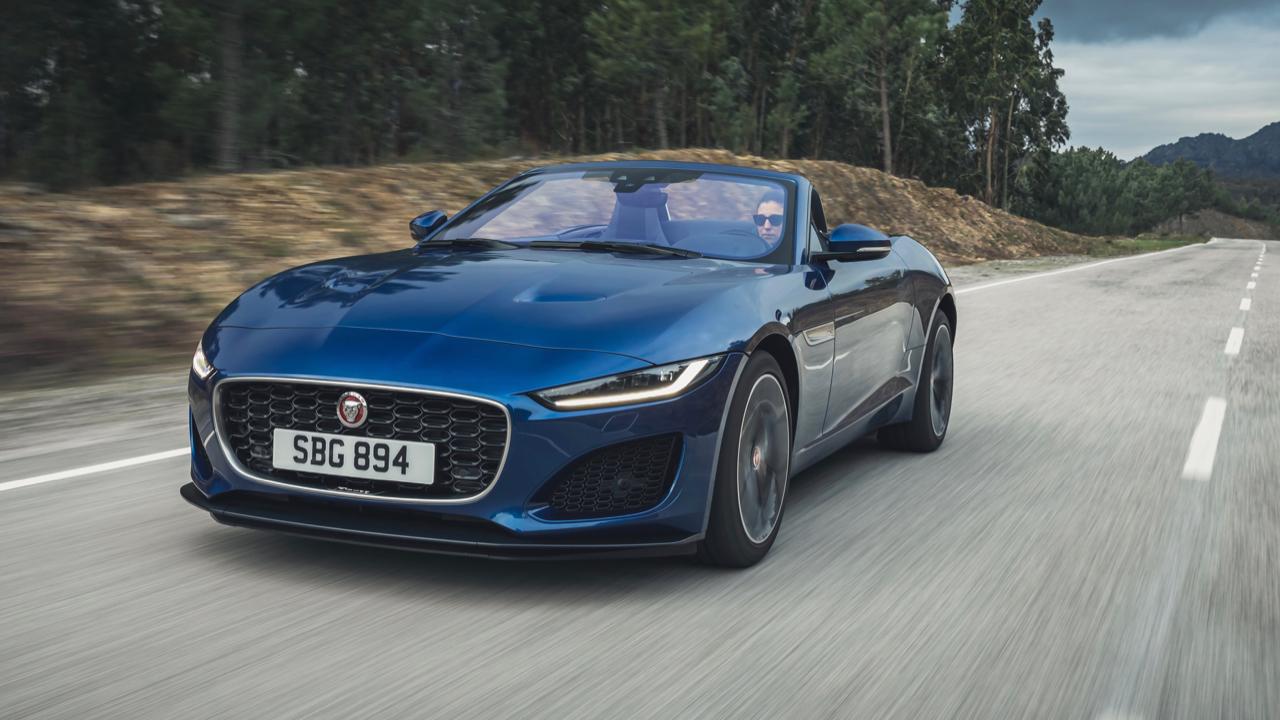 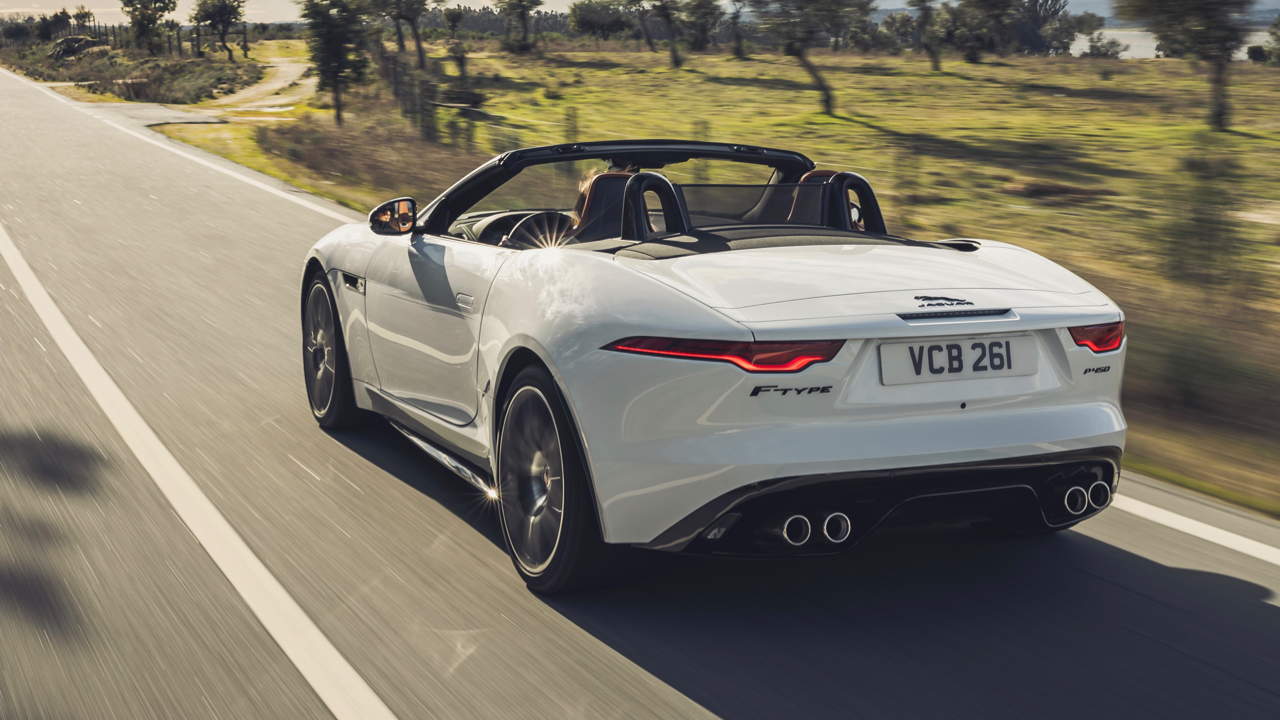 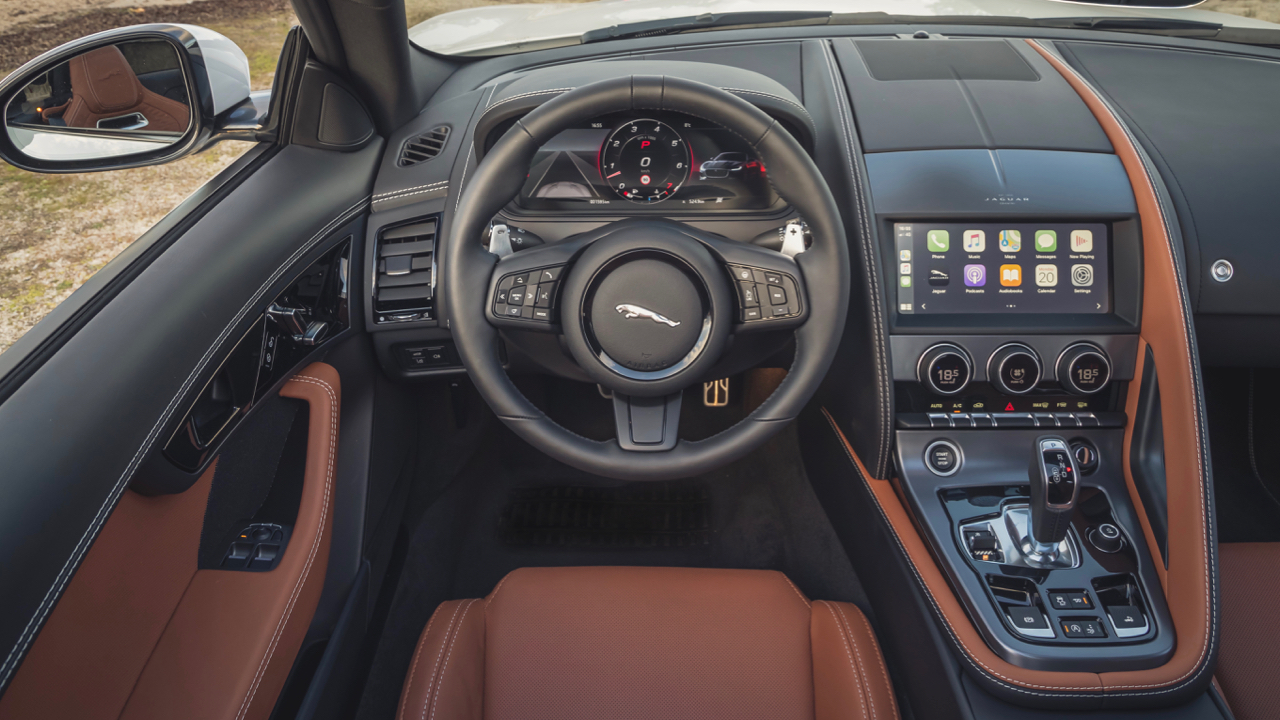 Fair play to Jaguar, they realised the issues of the F-Type, and did what they could to cure them. Prevented you from buying a car that sends 575bhp to the rear axle alone, in other words. Other rear drive sports cars have this much power or more and manage to keep control of themselves, but they have more sophisticated chassis, suspension and electronics. The F-Type traces its roots back to the old XK coupe and has always trodden a careful line between outright sports car and GT comfort. That’s a tricky balance to hit, and it gave older F-Type’s a TVR-esque feel: muscle, noise, drama and the ability to catch you unawares.

The 575 remains a mighty power unit, and deploying its power across all four wheels has improved its manners and traction no end. This is a deeply quick car, capable of 0-62mph in 3.7secs and a limited top speed of 186mph. But treat it with respect. Don’t go out and expect to be able to use full throttle everywhere. It doesn’t have the body control of a Porsche 911, or the same sense of connection with the road. It feels like you’re sitting on the car, rather than in it, the ride is quite springy over undulations and although the steering is sharp, you don’t get much feel back through it. Factor in an engine that’s instantly responsive (supercharged, rather than turbocharged), with gargantuan torque from the get go and we can guarantee that every drive will give you a white knuckle moment.

Lesser powered F-Types are more satisfying to drive because less of your brain capacity is directed to fretting the maths about road coefficient of grip vs tyre coefficient of power vs throttle position. The end result is you’ll be every bit as fast in a P450 as you will be in the P575, plus you’ll have saved yourself £25,000.

This is the F-Type sweet spot. Have it with 4WD if you want, but it’s less essential here. And don’t think of it as a sports car. Well, not in a modern sense. Think of it as Jaguar want you to, as an elegant latter day E-Type, to be enjoyed and treated with respect, not thrashed. Get the roof down and you soon get the point. Rumble through the countryside, soak up the sights, sounds and smells, realise that driving satisfaction doesn’t come from the car alone. It’s still capable of real speed, the P450 (4.6secs to 62mph and 177mph max), but you’re less inclined to indulge it.

To drive, the P300 is objectively the best F-Type of all: a bit less power makes it a car you can drive far harder, far more of the time. Unlike the V8, you need never be cautious with the throttle, as the rear axle is rarely (if ever) overburdened. It’s a faithful car that gets closer to the capabilities of a Boxster or Cayman than ever. But not close enough to beat them, and in becoming so accomplished, it loses the boisterous, mischievous charm of the V8.

What all F-Type’s have is a particular gait, a rhythm and speed they like to be driven at. Let’s call it ‘making progress’. You don’t scorch down every straight and brake hard for every corner, but instead maintain speed and glide smoothly and swiftly around the curves. Overburden the chassis and it starts to get snatchy and messy, traction control intervenes. It’s a car for warm, dry, sunny days. Park it when October arrives.

Good for long hauls, though. The eight speed auto is very long geared in top, so the P450 will tick along at 30mpg, and roof insulation is admirable (it’s not bad with the roof down either, provided you have the side windows up and the wind deflector in place). Other things limit its usability for long continental hauls… it’s time to talk about the interior. 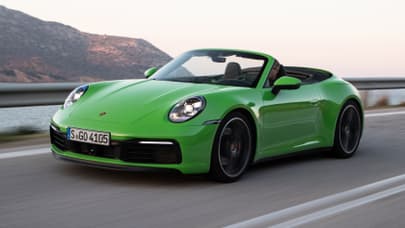 An almost irritatingly complete GT and sports car. Feels like £100k’s worth, top up or top down 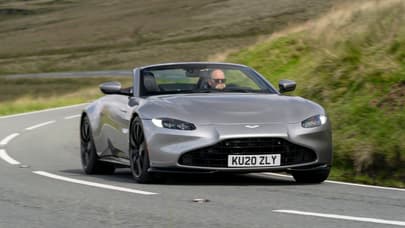 It looks good, and it makes you feel good. What more do you need? 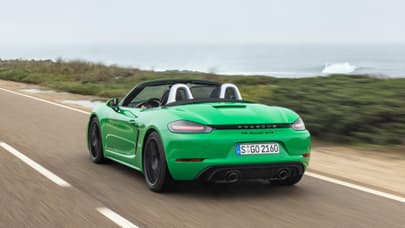 £ 46,651 - £ 65,949
If you want to experience the best chassis in the business, it's here. And thankfully the 6cyl is back, too
compare car finance
Powered by
more on this car
Take one for a spin or order a brochure
order a brochurebook a test drive
Powered by