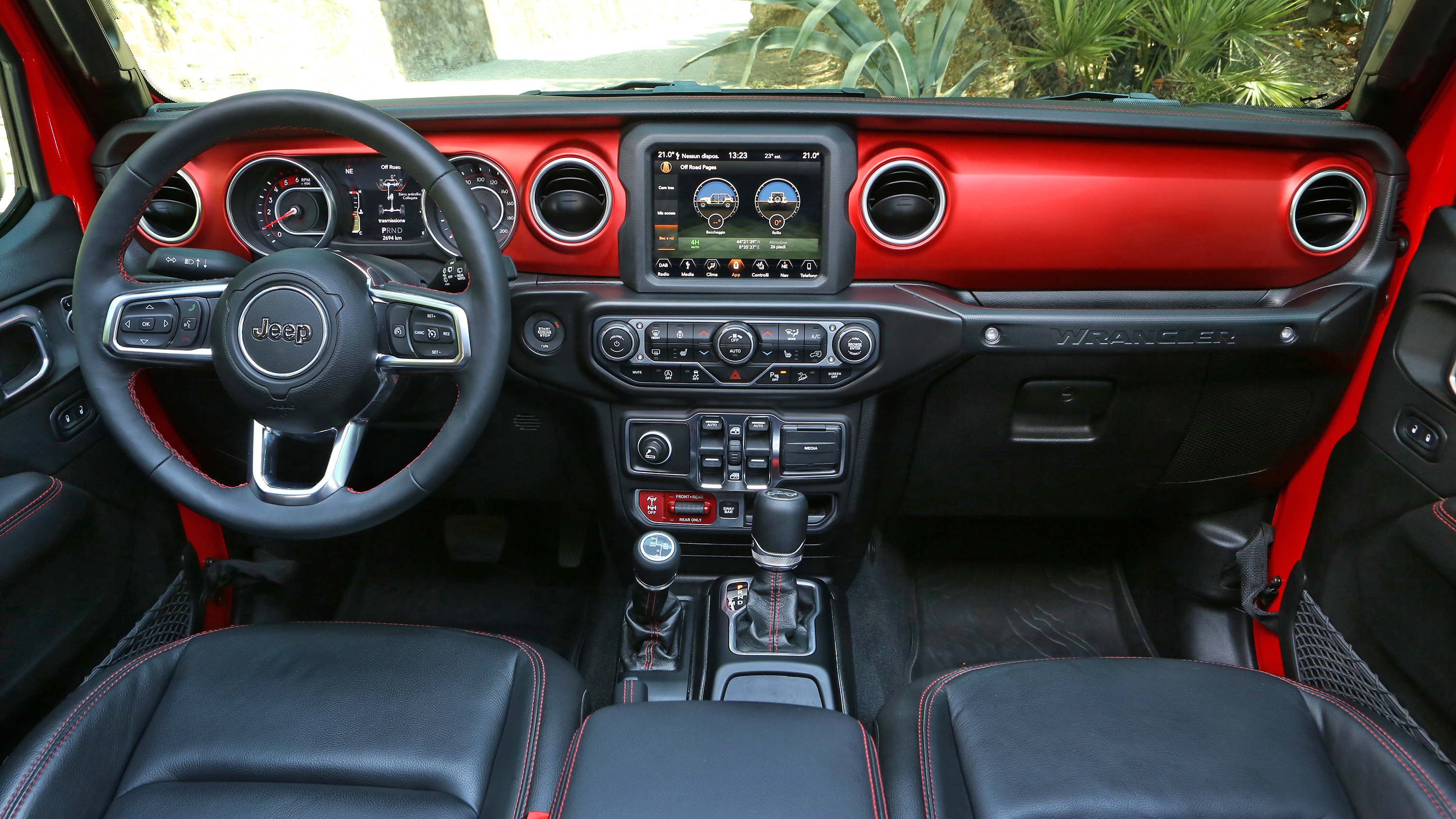 Off-road driving is an exercise in incredible ease and uncanny comfort, without ever feeling like you're anywhere near the Wrangler’s limits.

If you're looking for a challenge with your off-roading, look elsewhere, even if you leave your Jeep entirely as the factory intended. Because, if you make full use of the Wrangler’s arsenal, it'll basically drive itself through whatever obstacle you face.

Unless you’re a dedicated mud-plugger, it’s unlikely you’ll even reach the limits of the less gung-ho Sahara version, even though it does without the locking diffs and detachable front sway bar of the Rubicon. And, if nothing succeeds like excess, then the Rubicon is excessively successful off-road. The axles are stronger than the Sahara, the transfer case has deeper ratios (for slower off-road crawling; important for the properly hairy stuff) and there’s enough off-road kit as standard to traverse the moon.

Eventually, by really trying, we found a way to bog a Rubicon-spec Wrangler on a muddy hillside. After doing as little as locking the diffs, selecting second gear (and low range) and standing on the accelerator, we emerged, slinging chunks of national park every which way. So, even if you’re an off-road numpty, the Rubicon-spec Wrangler will get you out of most jams without requiring much of your abilities beyond those of pressing buttons, pulling levers and stomping on an accelerator.

Back on the road, it's actually a supremely comfortable thing. In Rubicon spec, with its attendant off-road tyres, there's a bit of road noise, but nothing like the aural slings and arrows that off-roaders have had to endure in the past.

In any spec, the Wrangler is a bit woolly in the corners, where its tall suspension and two-tonne mass mean it’ll lean over in a way that'll be unfamiliar to modern hot-hatch drivers. But it's just a case of adjusting; you can't run as fast in gumboots as you can in trainers, and it's a ridiculous spectacle to try.

So the best way to drive a Wrangler on the road is to dial everything back a bit, allow the tall-sidewall tyres to soak up the vagaries of the bitumen and just mooch along. The off-road-ready steering gearbox (3.24 turns from lock to lock) and power steering are perfect partners on a muddy fire break in a forest, less so if you try to channel your inner Senna on a twisty stretch of tarmac.

Thus far, we’ve only tested the 2.2-litre turbo diesel, which has much the same power and torque as the 2.8-litre oil-burner from the previous Wrangler, at 197bhp and 332lb ft, but with less noise and more miles per gallon. The torque, especially when multiplied through the low-range ’box of the Rubicon version, means it’s entirely possible to let the Wrangler idle up the side of a mountain.

Then, if the ruts are deep enough, it’ll follow in their tracks and do a decent impersonation of an autonomous car. On the road, the 2.2-litre does the usual diesel thing of being more of an inertia-gathering device than an rip-snorting accelerator – 0-62 takes 10.3 seconds – but it’ll happily sit at 80mph on a continental motorway, where one is allowed to hit such breakneck speeds. 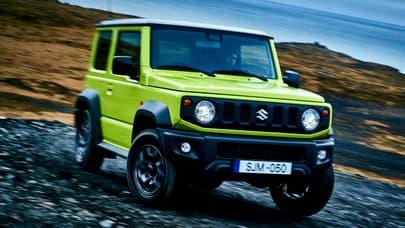 £ 15,664 - £ 19,164
The Jimny’s ultra-honest unpretentiousness is the antidote to every beige crossover. Don’t expect sophistication, and you’ll adore it 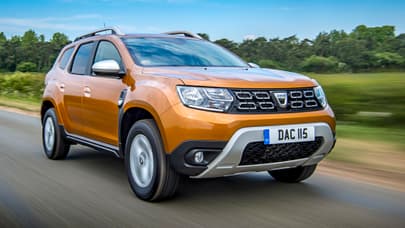 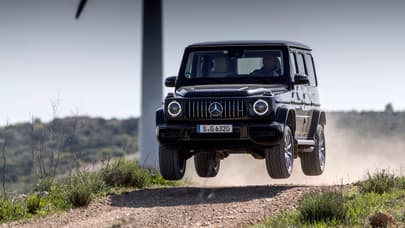 £ 143,305
It still looks the same. But don’t be deceived – underneath it’s been transformed.
compare car finance
Powered by
more on this car
Take one for a spin or order a brochure
order a brochurebook a test drive
Powered by