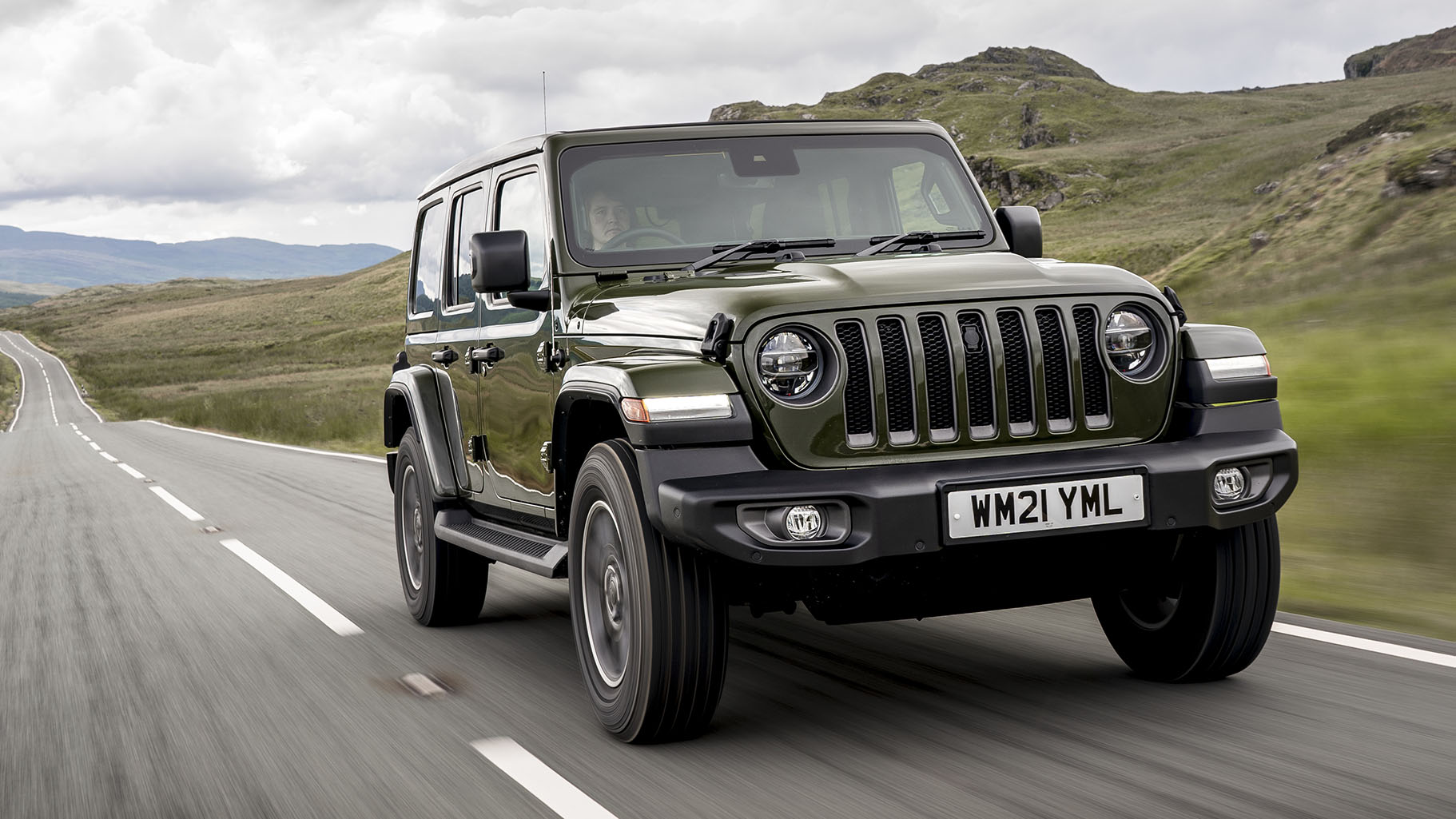 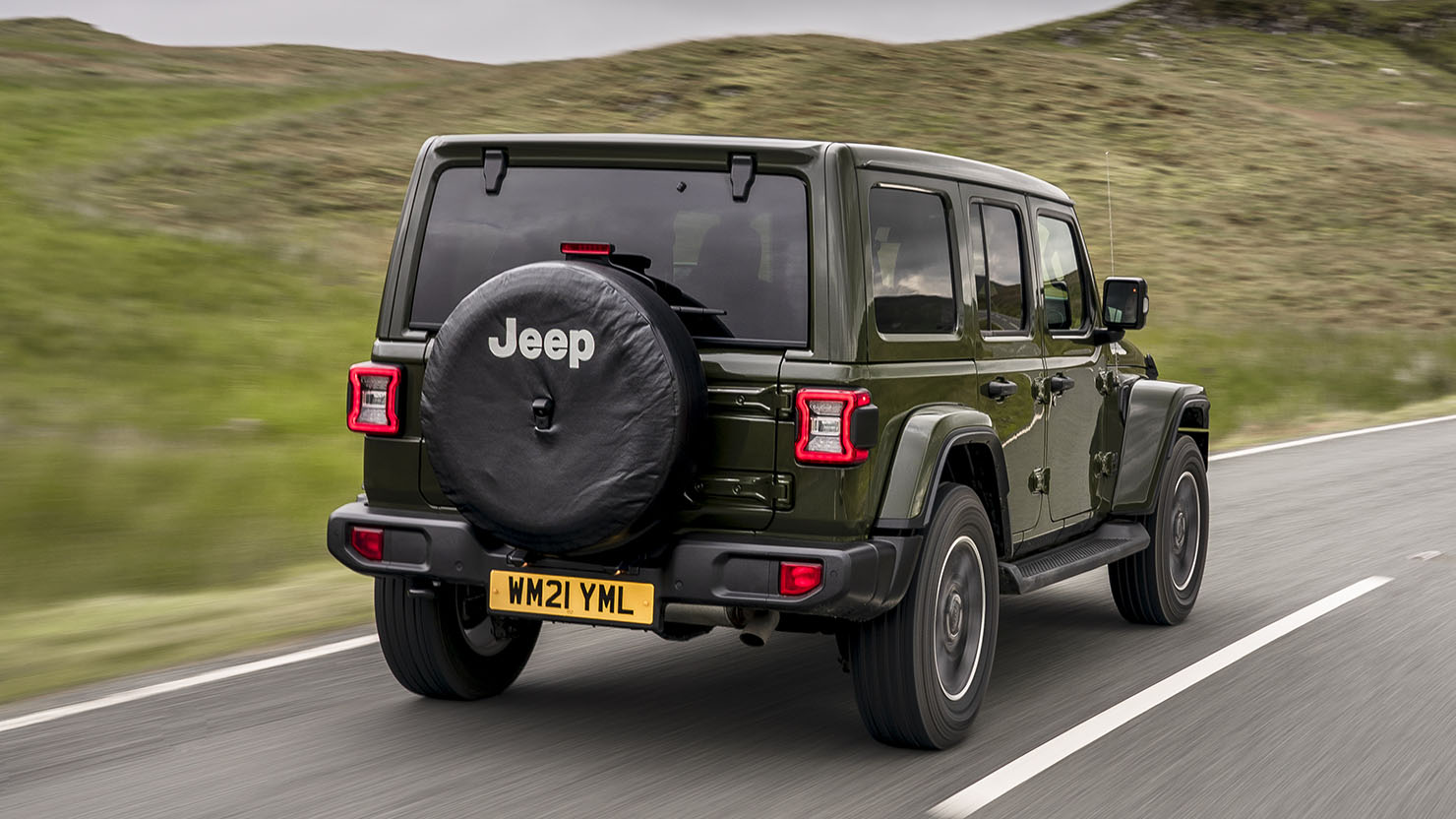 1 / 22
Advertisement
“Latest generation of the ultimate American go-anywhere off-roader has a better ride, a decent diesel, and the option of four doors. Off-roaders get no gnarlier ”

It’s a bit of a niche product; more crossover-y 4x4s will be better in town

This is the latest Jeep Wrangler. And it really, really is new. We promise. It just doesn’t really look like it.

Of course, it’s easy to pour scorn on how similar the new Wrangler looks to the old Wrangler – and indeed, roughly every Jeep since the one that ferried Eisenhower around Normandy – but that’s overlooking the fact that this is what people want. Jeep, for better or worse, is locked into this design and will be judged by how faithfully it continues the lineage.

The Wrangler ‘JL’ (that’s the model code, it replaces the ‘JK’) really is new – the ladder frame, bodywork, interior, engines and eight-speed automatic gearbox are all making their debut here. So it’s lighter and more efficient than ever before, and it’s better at tackling that pesky time you’ll actually spend on the road and not off in the wild blue yonder.

That said, it’s still very much a tool for seeing just how wild and blue that yonder actually gets – the axles are still solid, there are low-ratio off-road gears and locking differentials. The tyres, if you plump for the Rubicon spec, are massive 33-inch affairs that jack you up into the air like you’re in an ancient Egyptian sedan. In short, the Wrangler is still something that turns the wilderness into a playground.

And it’s the playground part that has always set the Wrangler apart. Yes, it’s a serious off-roader, but it does so in such an unserious, swaggery way that you can’t help but find it characterful and oddly desirable. It’s certainly has a bigger sense of humour than the old Land Rover Defender, even though they both offer the same basic premise – rugged, go-anywhere machines that you can clean with a hose and service with a hammer.

The Wrangler is an entirely unique purchase – it’s a convertible, it’s an off-road warrior, it’s a four-seater that’ll likely work well enough when it’s time to take children to school. Yet, rather cleverly, it’s never felt compromised by being forced into a certain, newly fashionable segment, nor diluted by Jeep trying to broaden its scope. Even though it’s been upgraded to be better on road…

“If you ‘get’ the Wrangler, this one’s easier to live with than ever before and just as easy to love. If you don’t, there’s always the Skoda Kodiaq”

The Wrangler is the best thing Jeep makes because it's the most authentic thing it makes. This is Jeep’s bedrock, where it made its name and what it does best. The Wrangler doesn't feel compromised by fitting into a certain segment or diluted by Jeep trying to broaden its scope. It is what it's supposed to be and makes no apologies for that fact. So, while it may be compromised out on the road or around town – albeit less so than ever – it's unflappable at the task for which it has been designed.

The success of the Wrangler is certainly down to what it does – if it can’t clamber over various things that’d stop a Sherpa in their tracks, it’s an abject failure. But there’s also the less tangible, but no less important thing – how it makes you feel in the process. There’s an inherent desirability in the Wrangler that transcends its blocky styling and overtly utilitarian mandate; that sense that at the drop of a Stetson, you could disappear off for parts and adventures unknown.

It is chuffing big these days, especially in its four-door guise, which leads us to something of an awkward conclusion – if you want something that reflects the original Jeep ethos of simplicity, compact dimensions and the promise of going places you probably shouldn’t, you don’t have to fork out Jeep Wrangler money. You can get all of that from the adorable new Suzuki Jimny.

On the other hand, the Wrangler is an entirely unique purchase – it’s a convertible, it’s an off-road warrior, it’s a four-seater that’ll likely work well enough when it’s time to take children to school. And you can’t take the roof off a Jimny without employing a circular saw, and most likely voiding your warranty. Yes, driving a Wrangler is like wearing gumboots every day of the year because it gets rainy in December, but it has enough character to overcome the fact that it’s overkill 90 per cent of the time. 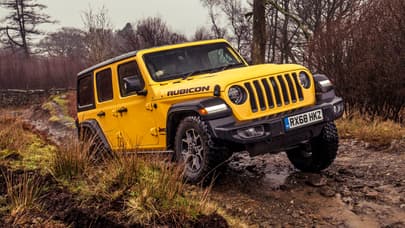 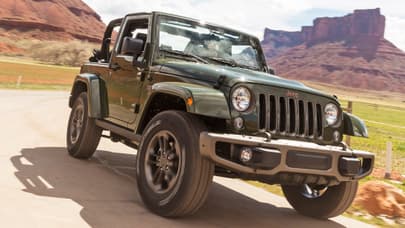 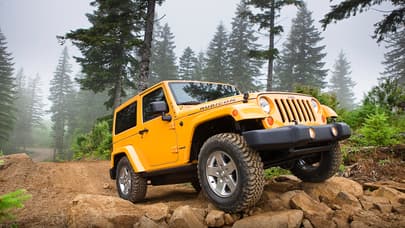