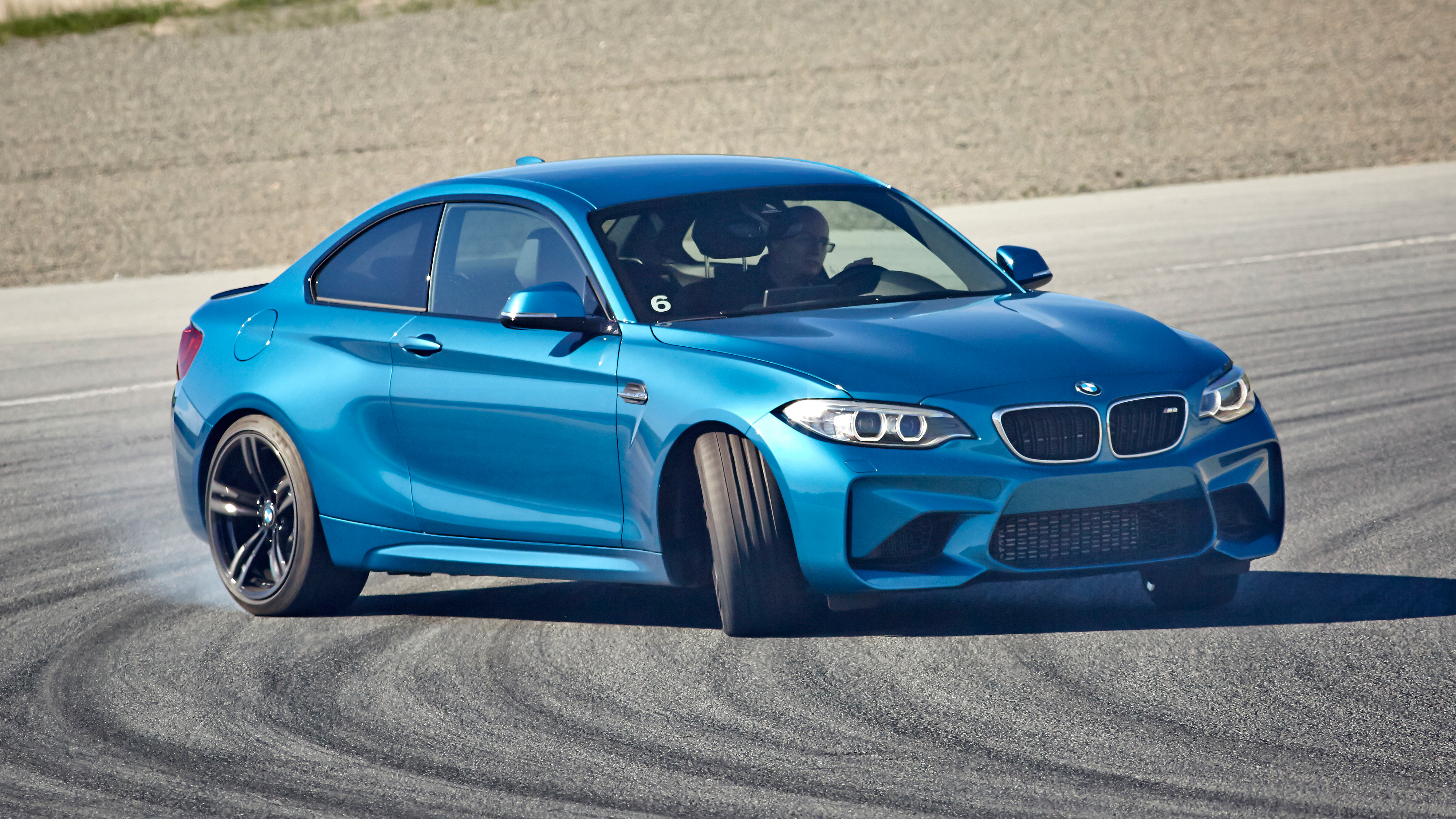 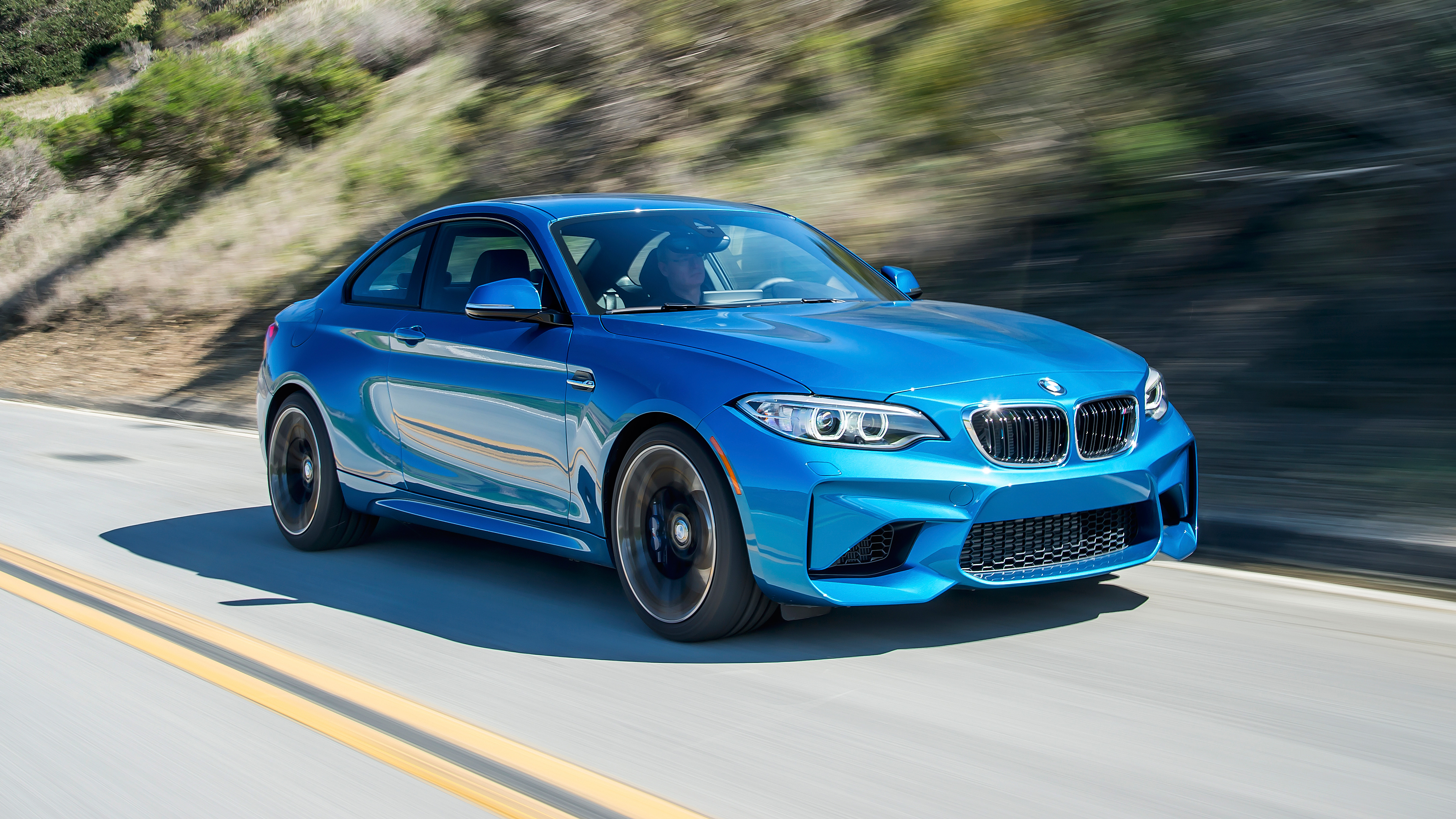 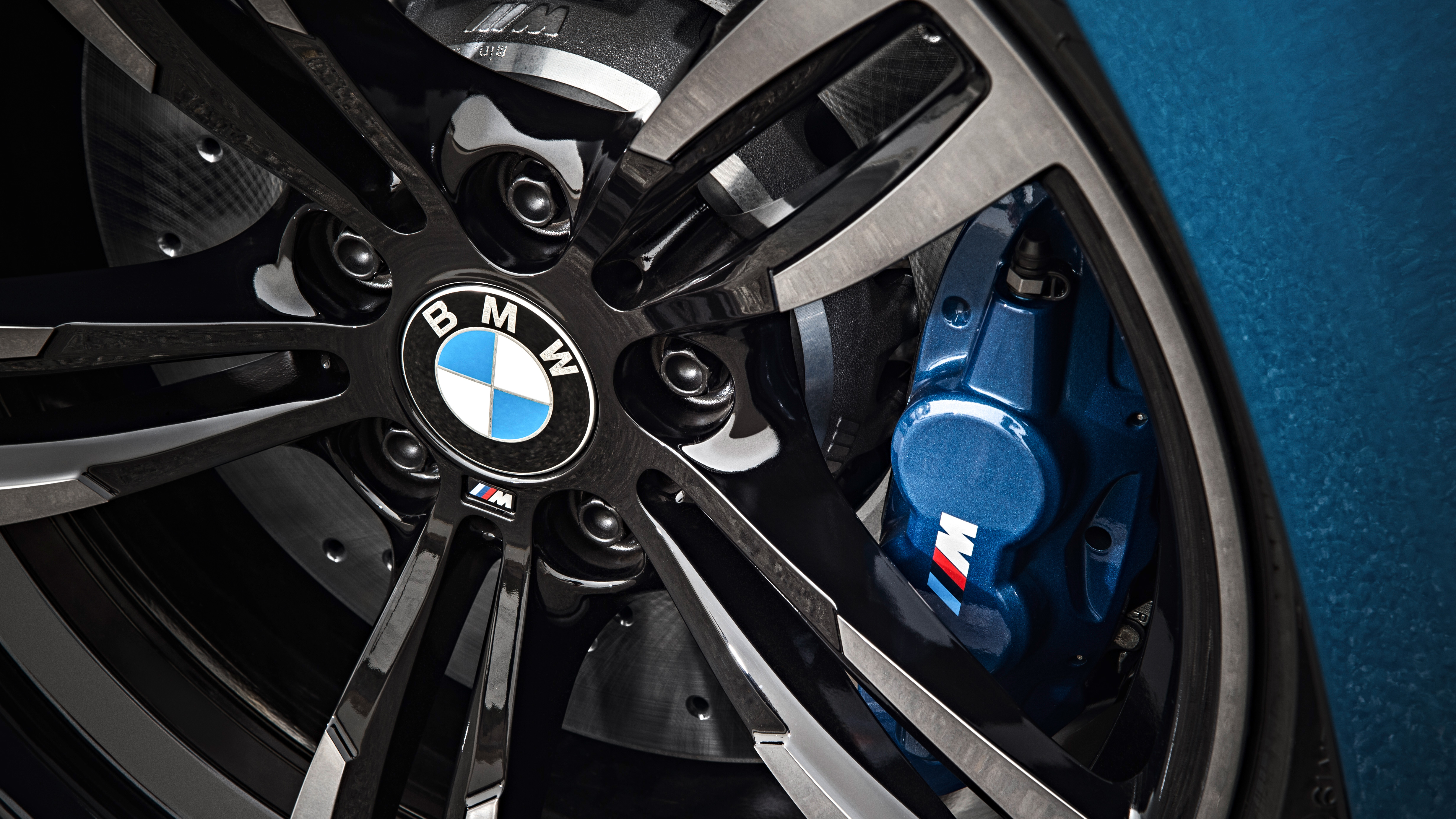 This should really be something.

As long as they haven't deliberately held it back so's not to upset the M3 and M4.

Funny you should say that. The M2 isn't as fast as the M3/M4, nor as complex or exotic. But you know what? In some crucial ways the M2 is the more engaging car. Better down the road.

The handling. It's just superb. For a start, you don't have to be going bonkers-fast to feel what the M2 is up to. It's up-for-it and chatting with you all the time.

And when you do stretch it?

The first sign of the M2's deep talent is the steering feel, the tingling of engagement that it wraps you in. There's lots of grip, but – much more than in the M3/M4 – a sense of how much is left. Now confident of the state of play at the front, you can joyfully get to work on the throttle and bring the rear end into play. Traction is colossal but gradually you can get the back to edge outward. It's uncannily progressive and you've a delightfully transparent channel of messages to work with.

Again, that's very different from the M3 and M4, which can be a hairy challenge. They might be faster but their steering is more remote, their back ends prone to flicking sideways without due notice.

But it's stiffly suspended. What happens when there are bumps and cambers – what you road-testers like to call 'the classic British B-road'?

It stays friendly (disclosure, I wasn't in Britain, but I found a road that had suffered the requisite degree of neglect). Difficult surfaces don't bother it. It soaks up mid-corner bumps, brakes straight and true, and doesn't get upset by crests and dips. The damping and roll resistance are just fabulous, always keeping the body in control and the tyres foursquare. Sure the springs are firm, but not brutally so.

How did they do that?

Its suspension and electronically controlled diff are from the M3/M4. But because the wheelbase is shorter and there are no adaptive dampers, almost everything has been recalibrated: springs, dampers, bushes, geometry, and the programming of the diff and DSC. The tyres are bespoke. Each of those changes is subtle, but in combination they're something substantial and special. 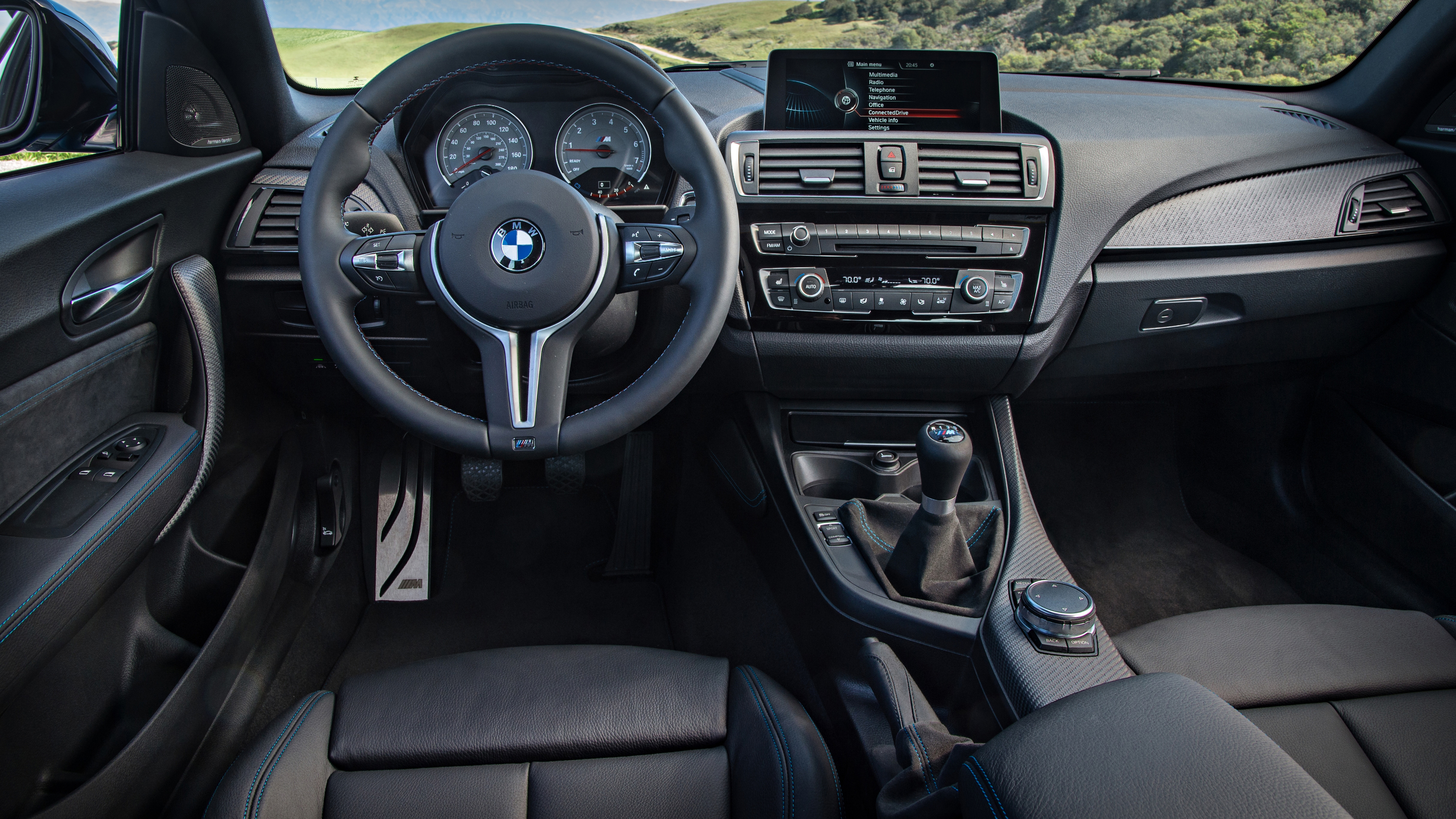 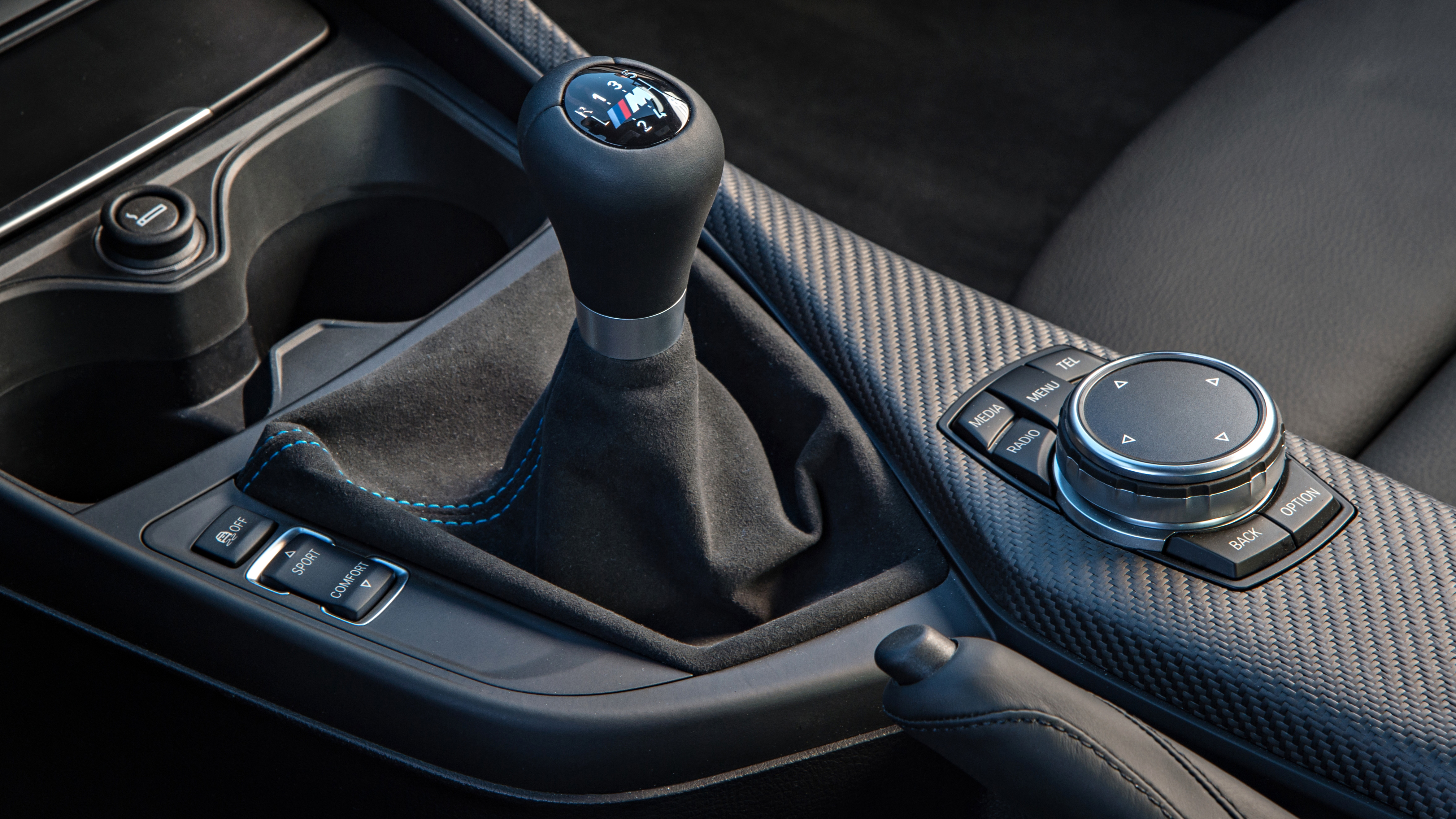 It's an M car. Does it have a real M engine?

Sort of. It still takes the N55 engine code, which means mainstream BMW, rather than the M3 and M4's S55 unit. So instead of an expensive twin-turbo induction system, there's the familiar single twin-scroll blower. But, versus the standard '35i' engines there's a lot of difference, not least a power boost to 370bhp. Strong, light pistons and tough crank bearings come directly from the S55. The M2 engine also gets augmented cooling and an oil system that keeps going even in the face of the demented lateral g of track work.

So how does that play out?

Very nicely. I kept wanting a higher rev limit than the 7000 it's saddled with, but I guess that's a sign of how free-revving it is. The mid-range is strong too, with a very healthy 369lb ft. Notionally that's available from about 1500rpm, but things are fairly laggy down there. From 3000 it's truly alert and does all its asked. And it sounds potent enough, with flap-valves in the exhaust that open when you're giving it the full beans.

Whereas the M3 and M4 have lots of carbon fibre in their bodies and propshaft, the M2, being cheaper, does without. So although the wheelbase is shorter, weight isn't much different. It does 0-62mph in 4.5s. That's the slowest of the quoted figures: you can take 0.2sec off for the seven-speed DCT. And another 0.1sec if you only need to get to 60mph, not 62. Top speed is limited to 155, unless you buy the M Driver's Package with its training course, then they'll give it the hack for 168mph.

But can you live with it?

Absolutely. This isn't a raucous or crude thing. It's refined, well-equipped and nicely built. A quality item all round. Not too garishly styled either, but those widened wings tell the story to people who know.

You love it don't you. Sounds like the M2 really is something.

I thought we agreed that at the top of the page. But yes. It's very hard indeed to think of a better new car for your £44,070.