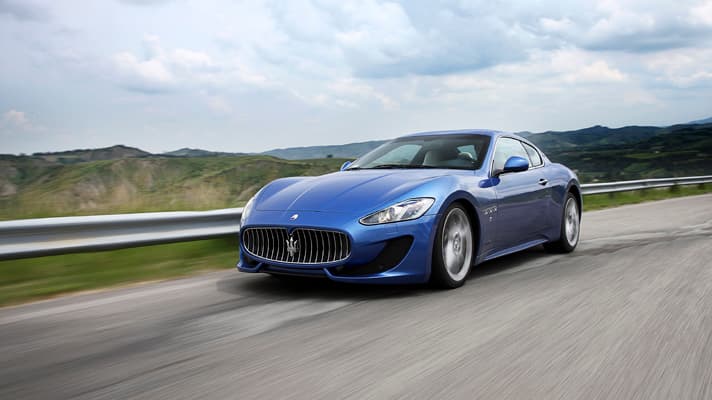 Fundamentally, this is the same GranTurismo we've had since 2007... except, better. The Sport replaces the S models, forming the meat between the boggo 4.2-litre version and the hardcore MC. It gets broadly the same 4.7-litre V8 as the S it succeeds, with redesigned pistons, a mapping refresh and a revised combustion process. Join all that together and the Sport has 453bhp, up 21bhp from the S.

The Sport borrows bits of the MC's styling, including sabre-shaped inlets at each side below the headlights. The side skirts are more sculpted and the rear bumper is now home to oval exhaust tips. Inside, the seats are more slender, giving an extra 2cm of legroom in the back, and the steering wheel has a flatter bottom. Overall it has more visual bite than the S, but a touch
less aggression than the MC.

There's an updated MC Shift 'box, which has been around for a while, but this time the software has been altered to bring shift times down to a tenth of a second. It can handle full-throttle changes, but it's a bit of a bully, and, in reality, the torque-converted six-speed auto feels more suited to the car.

The GranTurismo has always been more of a quick tourer than a pointy tearabout. This one's a touch faster, with the extra power bringing the 0-62mph time down to 4.7secs for the MC Shift 'box and 4.8secs for the full auto. It's also a fraction sharper: the continuously adaptive Skyhook suspension is now standard, and thanks to tighter springs and anti-roll bars, it's 10 per cent stiffer. At 1,780kg it's still heavy, but the new Brembos help shrug off more of the bulk than before. Marginal improvements over the S, but we're glad they're here.

On narrow roads, the Sport still feels inhibited, and there's no disguising the weight. But on sweeping tarmac, it's glorious - the sort of car that could scoff a whole country for lunch. And it actually seems to be improving with age, though the dash buttons could do with some rejuvenation. It's still a serious contender against cars like the Aston DB9 or - maybe, just maybe - a Porsche 911. At £90,390 it requires a little more financial commitment. But then...
just look at the thing.