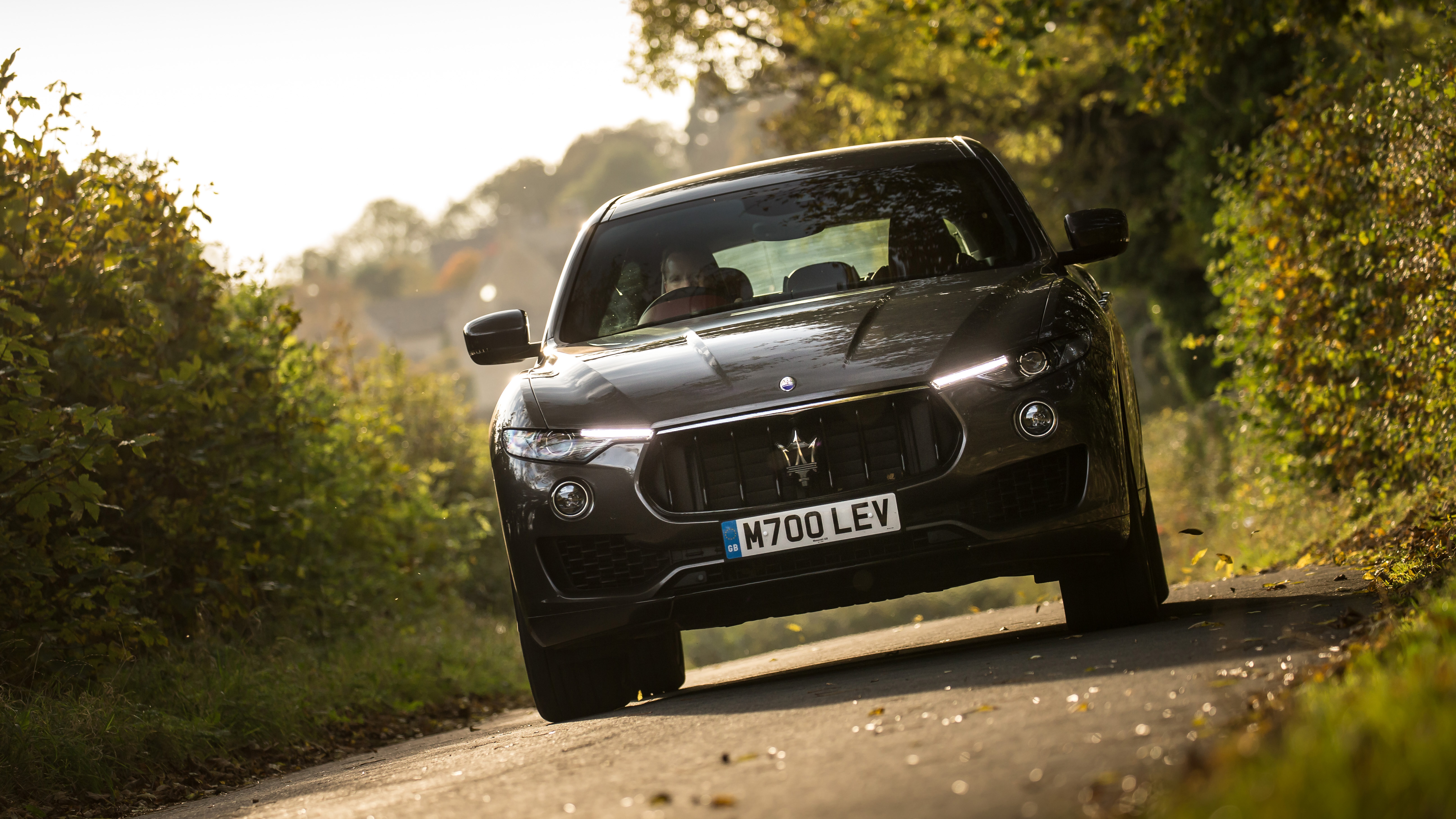 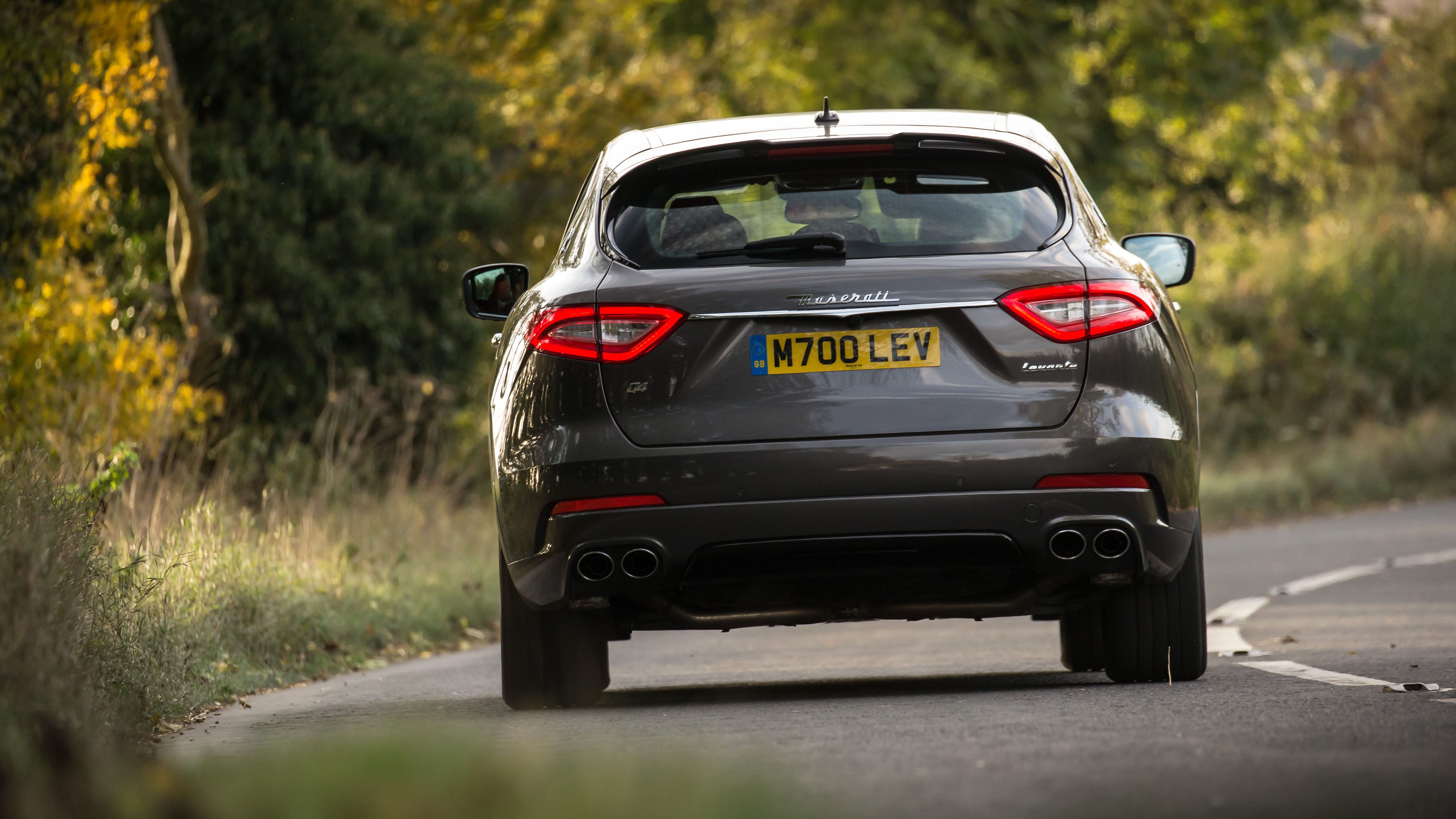 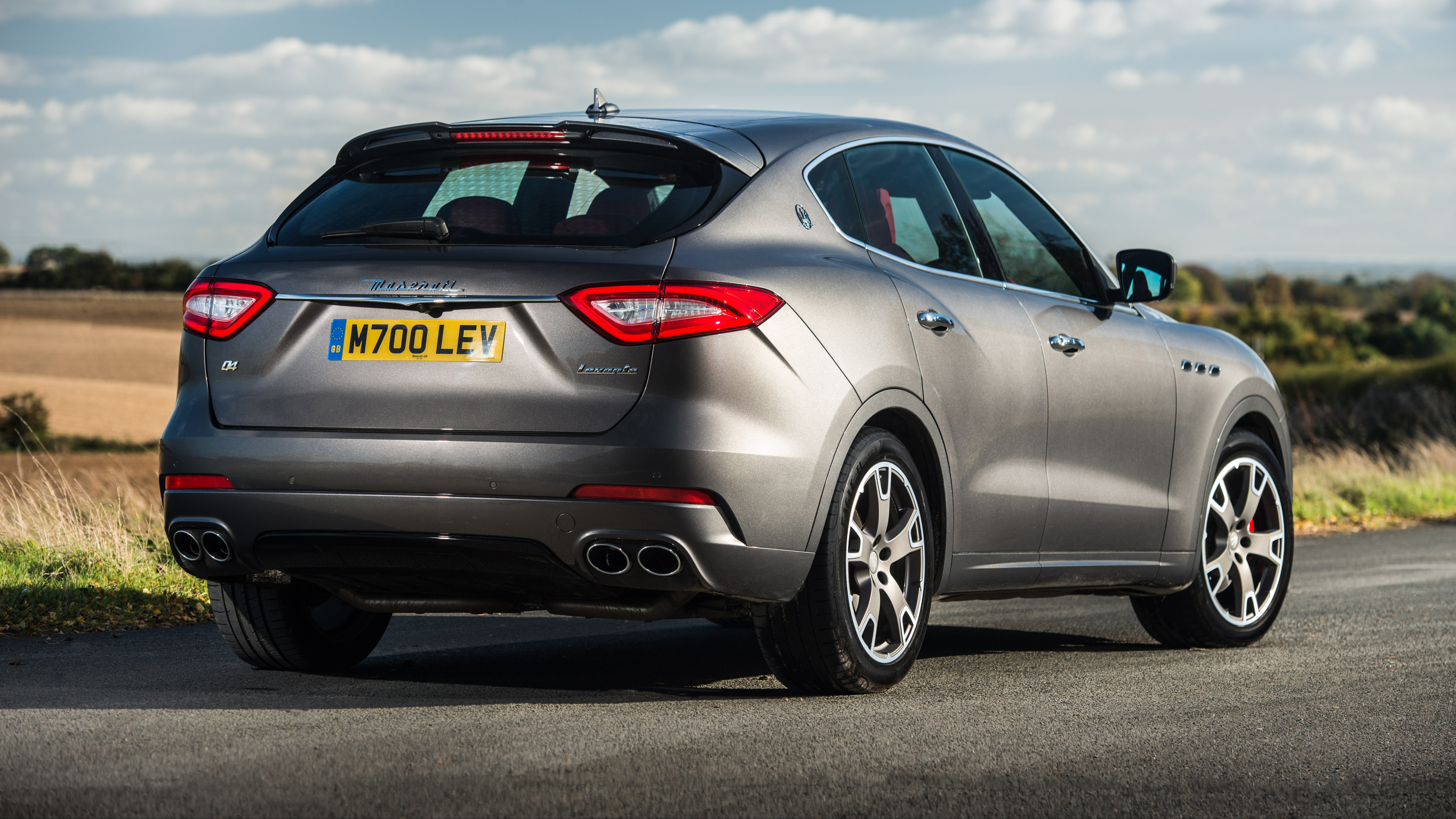 Well yes, but that was mostly on a racetrack in Italy – not exactly the natural stomping ground of a 2.2-tonne luxury SUV, even one wearing a Maserati badge. Now we’ve had one in the UK, on leaf-splattered B-roads and patchwork city streets. This is where a big four-wheel drive family car like this needs to shine, especially one costing £54,335 as standard, or over £70,000 for our fully-specced test car.

First impressions are good – on its arrival to the TG office car park the frisson of excitement was enough for several members of staff to head down and take a look – you don’t get that very often for a diesel SUV.

The grille is big and deep enough to imprison small children behind it, should you so wish, but works on a car this size - one that’s longer and wider than both the Porsche Cayenne and Jaguar F-Pace. Slim headlights and well-ironed creases in the bonnet are neat, too, but then from the A-pillar backwards the design team appear to have run out of ideas – leaving just a flat expanse of grey metal before a flick over the rear wheel arch and a fairly uneventful rear end, barring a quartet of gaping exhausts.

Although our test car wore 20-inchers (a £1,960 option), the wheels are swallowed by the arches, too. If you can stretch to it without dipping into the kids' university fund – there are 21s on the list, yours for £3,675.

OK, but styling is subjective. How useful is the interior?

Very. The boot is a bit shallow, in order to accommodate the 4x4 gubbins underneath, so smaller than the F-Pace and Cayenne, but still a more-than-useful 580-litres. And that’s before you’ve flopped the rear seats forward, checking that you’ve removed your children first. Legroom and headroom in the back is perfectly adequate for three adults, and there’s a pair of USB sockets to keep your arsenal of electronics charged up. In other words, all the boring boxes are ticked.

But this is a Maserati and its cabin needs to deliver a sense of occasion, not just function. In that respect it succeeds, without ever feeling quite as premium as its German competitors. Many cows have died (and then been dyed) to line your Levante, the long metal paddles are a tactile delight and unashamedly Ferrari-esque, and Maserati’s new Apple Car Play-equipped infotainment system is a bit bland to look at, but works perfectly well. The glossy carbon trim isn’t to our taste, there are a few cheaper plastic around the central screen and the gear selector is infuriatingly difficult to select the slot you want, but more importantly you can crank the seat right down, and pretend you’re in a ‘proper’ Maserati, while still maintaining a lofty view of the world outside. 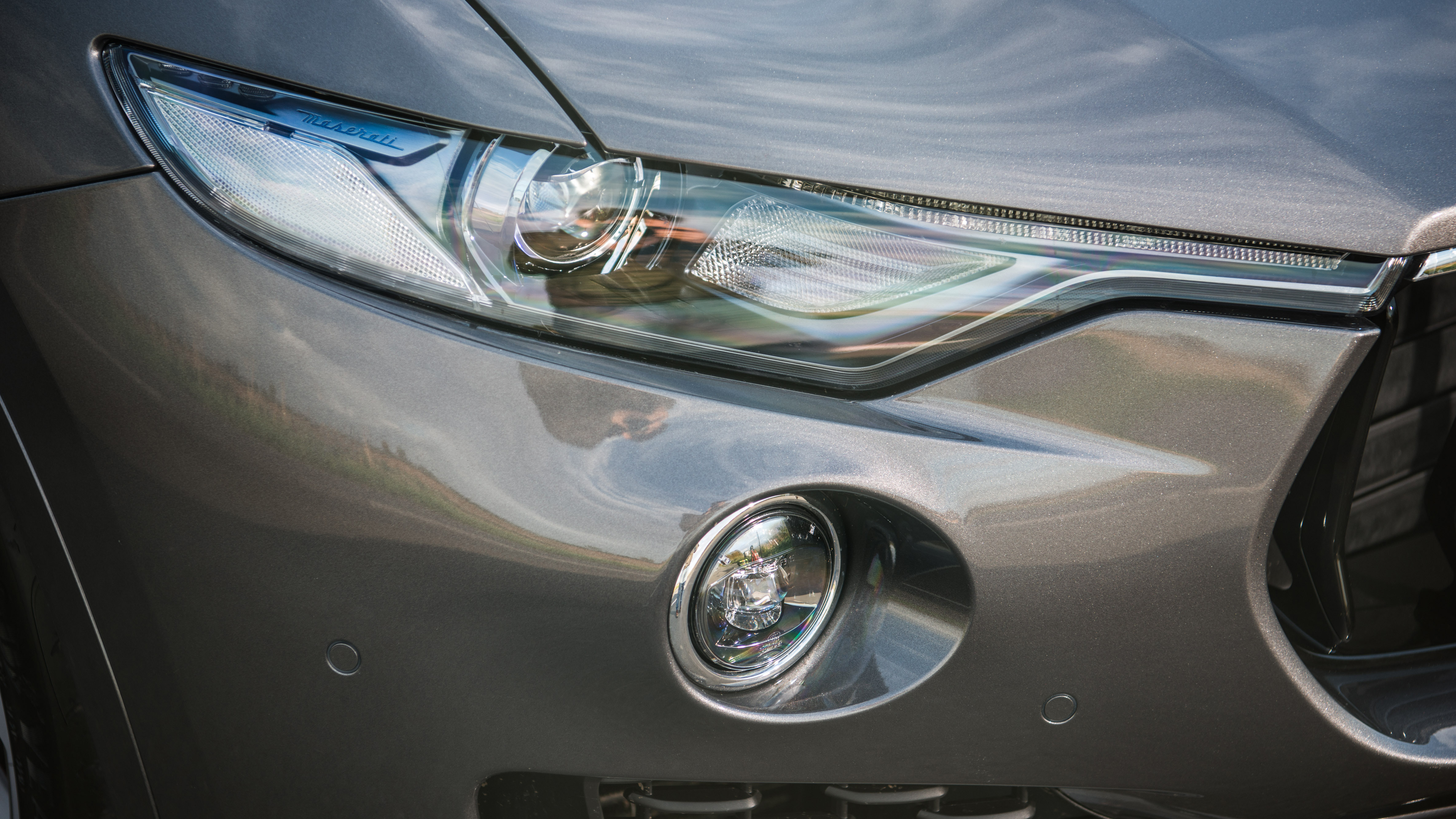 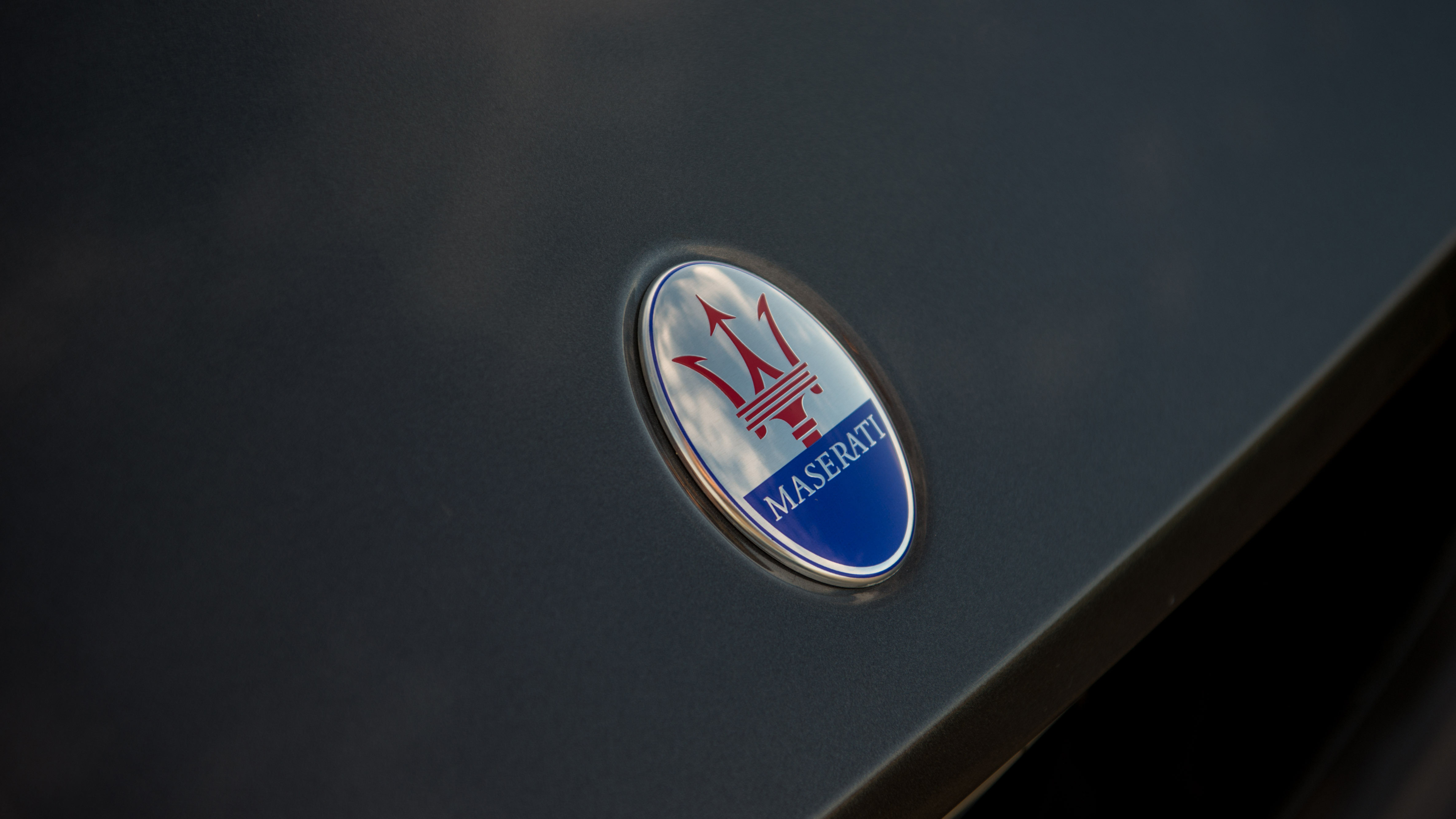 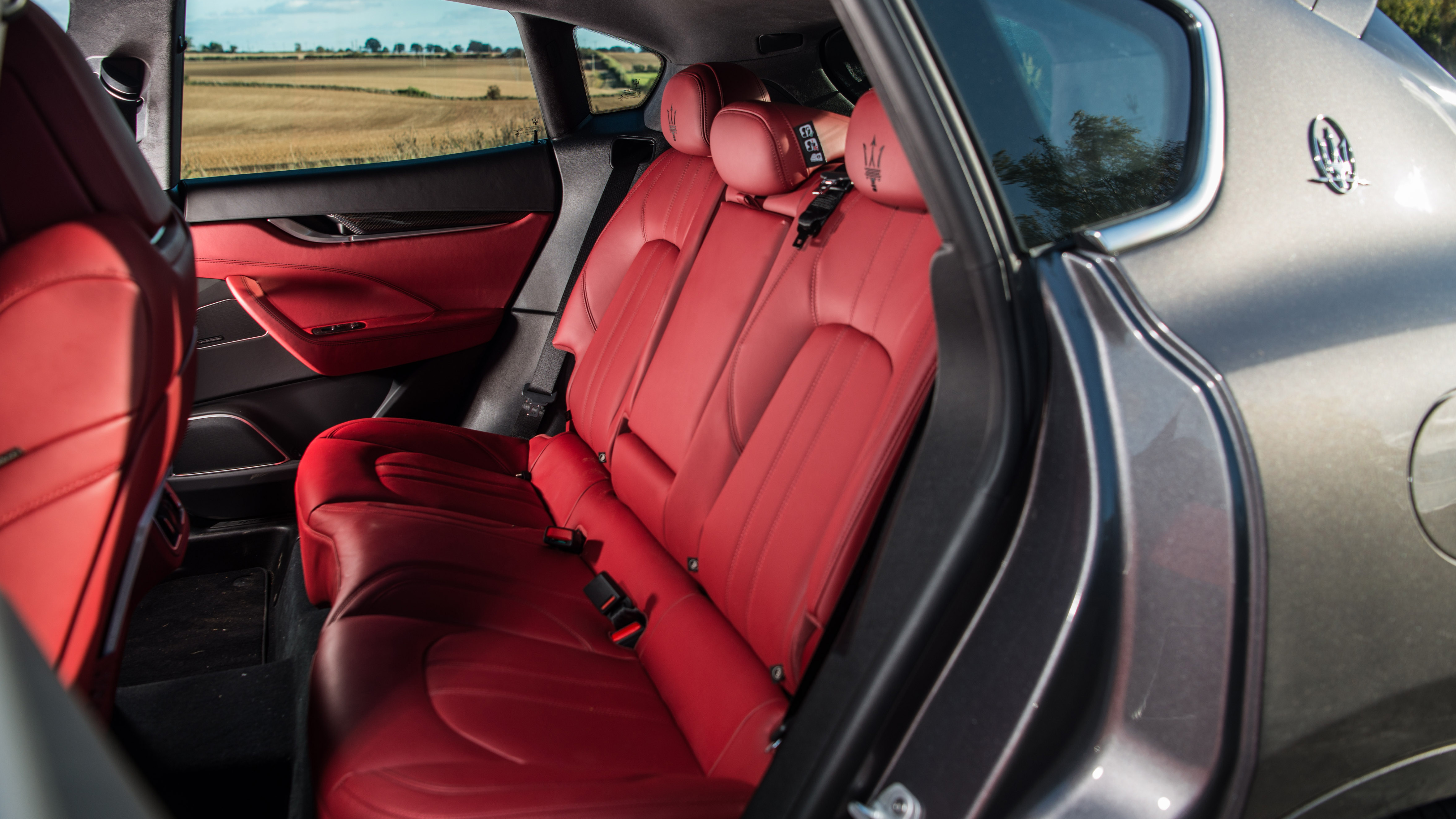 So how does it handle?

Remarkably well without threatening to rewrite the rulebook. The Cayenne’s most-dynamic-large-SUV title is safe, but the Levante’s got the Range Rover Sport covered and probably sits alongside the F-Pace in terms of dynamism. Throw it at a corner and at the point where you think it’s about to fall over it sorts itself out, checks the body roll and powers out the other side. There is, however, a most un-Maserati-like delay between moving the wheel and the front end reacting, a gentle reminder that your centre of gravity is somewhere north of anything that has carried a Trident logo in the past.

Is the diesel engine a mis-fit?

Strangely, no. In other parts of the world you can get a more potent twin-turbo V6 petrol, but here in the UK it’s a 271bhp 3.0-litre turbodiesel capable of 0-62mph in 6.9 seconds and a claimed 39mpg (we managed 30mpg on a mixed route) or nothing. And you can hardly blame them when 95 per cent of UK sales among the Levante’s competitors are diesels.

As power deliveries go, this is not a sporty one, running out of puff after just a few thousand rpm. Leave the eight-speed auto to pick the ratio, though, select Sport mode (hit the button once for sharper throttle, heavier steering, sportier shifts, twice for all of the above plus a firmer damper setting) and the thrusting, bite-size chunks of acceleration, accompanied by a subtle but not too synthetic rumble through the speakers, are perfect for hurling you down the road and at an unseemly pace. It’s smooth, too, just not first thing on a cold morning when it rattles away like Dot Cotton after a heavy night on the B&H.

The ride is a bit fidgety over the worst city roads, but nothing serious enough to put us off, and when the roads and speeds improve it floats along on its standard air suspension as gloriously and quietly as you’d expect. From the highest ‘Off-Road 2’ mode (only available up to 20mph), down to the ‘Park’ setting there’s a total of six ride heights and 85mm of adjustable travel in the air springs, so if you're caught short it can tackle much gnarlier terrain than the Porsche or Jag.

A class leader then?

Here’s where it starts getting tricky, because although the Levante doesn’t trip up in any one particular area, it doesn’t totally outshine its competitors in any either, besides that illustrious badge. It’s good looking from some angles, but not as well proportioned as the F-Pace; handles well, but not as well as a Cayenne; is swathed in leather and has all the infotainment and safety tech you could hope for, but doesn’t feel as premium as an X5. So, although more sensible than any Maserati that’s gone before, it’s a still a car you’ll need to adjust the head/heart levels slightly to justify.