£1741 p/m
External link to
with Leasing.com
Read why you can trust our independent reviews
Top Gear Team
Published: 07 Feb 2022
Skip 13 photos in the image carousel and continue reading 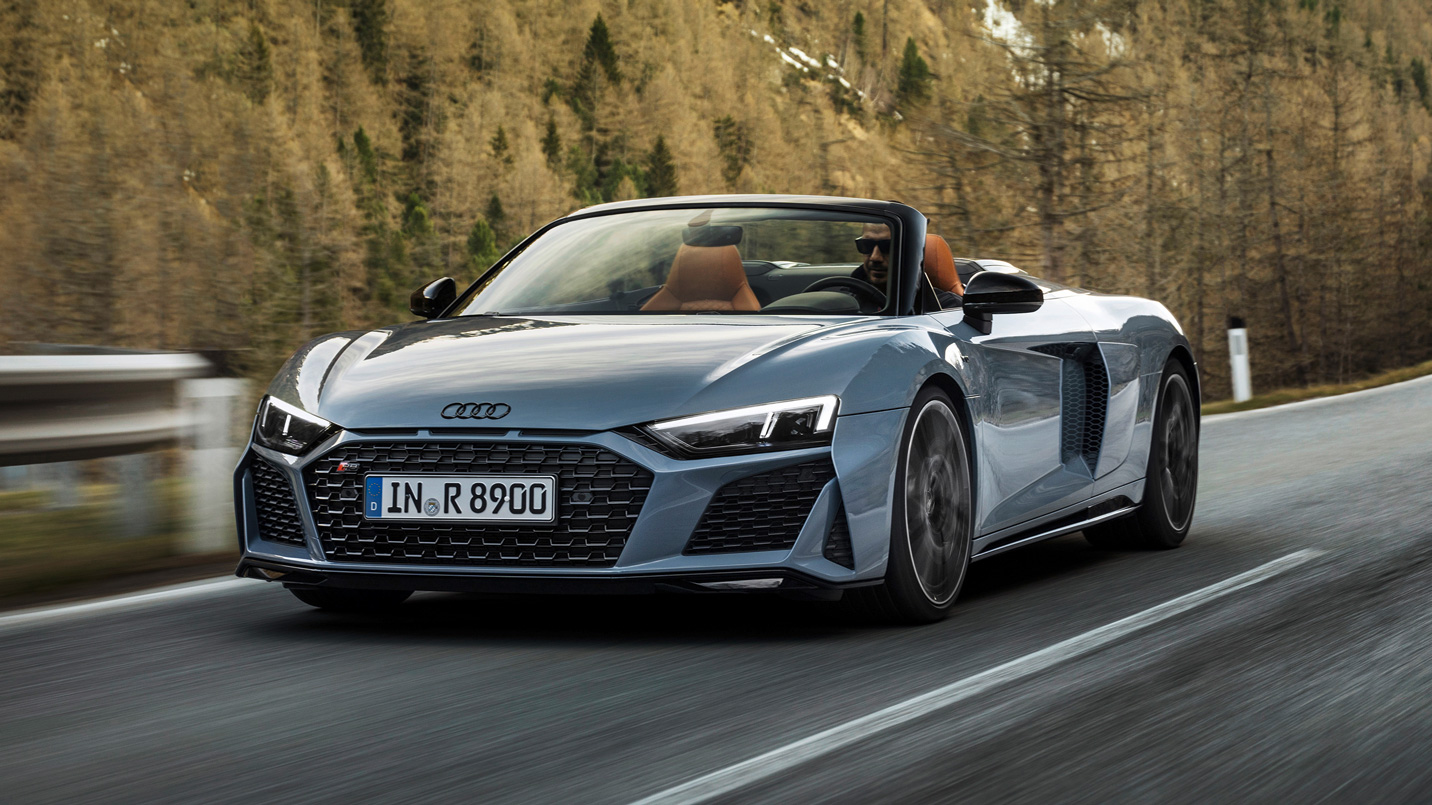 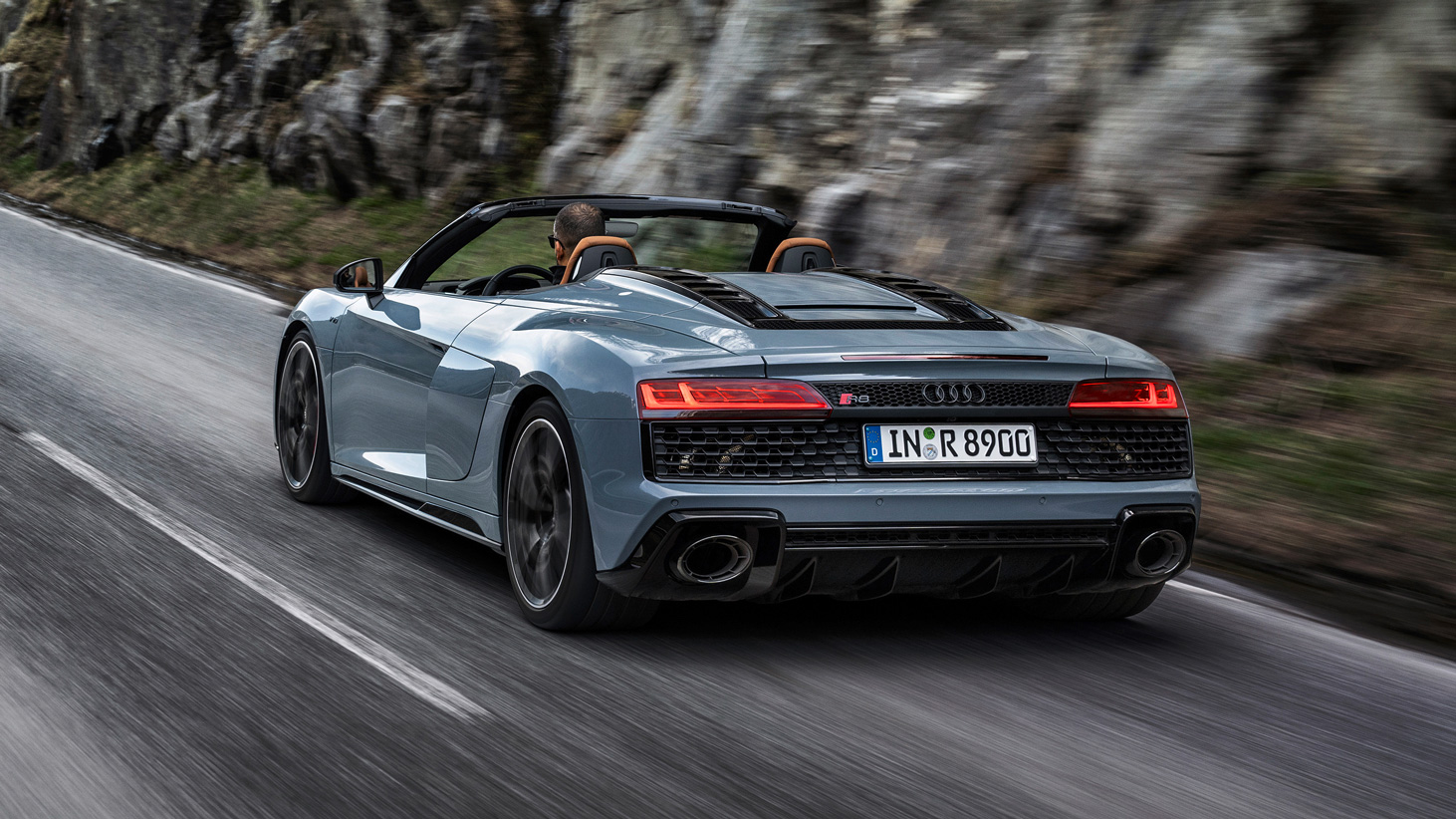 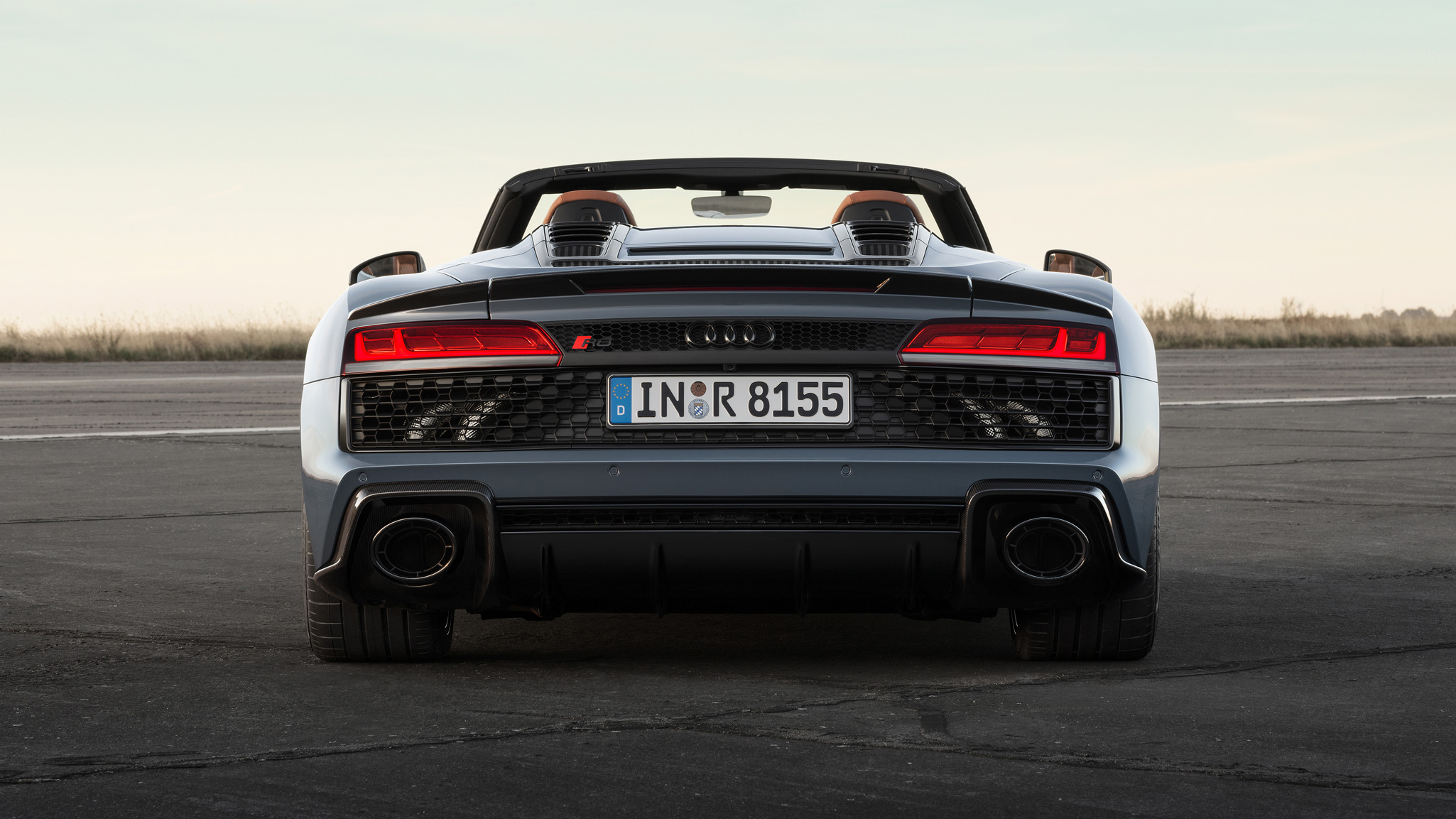 1 / 13
Advertisement
“An appreciation chariot for the glory of naturally aspirated V10 engines. Sensible, yet a massive event”

It’s the Audi R8 supercar with a soft-top roof. And if you’re now braced for all the usual complaints about super-spiders (or indeed spyders) being heavier, floppier and less precise than a hard-top supercar then… stay tuned. We’ll get to the truth in that in a bit. But let’s not take this R8 too seriously because this car is mainly about one thing: NOISE.

Yes, replete with the same wondrous 5.2-litre naturally aspirated V10 in the middle as the V10 hard-top – but no hard-top between you two getting intimate – this is a venue to experience one of the world’s great engines enjoying its final gig before the suits pull the plug. Or, rather, plug it in. The successor to the R8 will, Audi has confessed to TopGear, be fully electric. So this is less of a car, more of a hearse for the awesome V10 that’s been in the R8, Lamborghini Gallardo and Huracan for a couple of decades. Here, it’s in very fine form indeed.

No, how fast is the roof?

Oh, gotcha. Well, the fully automatic soft-top is a really well-engineered example of the breed, without the whining motors that used to afflict low-volume supercar roof systems.

The R8’s roof – a folding fabric affair that is mesmerising to watch – takes 20 seconds, and can be operated at up to 31mph. You’ll do 10mph, just so passers-by get a longer gawp.

Its various mechanisms add a stocky 105kg to the R8, taking its kerb weight to a claimed 1,695kg, which is quite a lot for a supercar that isn’t weighed down by hybrid boost, batteries or a corpulent owner.

The R8 Spyder was facelifted in 2018 with sharper-looking bumpers and bigger tailpipes, but otherwise it’s pretty much as you were since the car was released in 2015, plus or minus a couple of driveshafts. But if anything, this is a car which has only increased in appeal as all around it have gone turbocharged.

“One of the most joyous cars on sale gains extra character without a roof. Lovely. ”

The R8 V10 Spyder was a fine supercar when it was first unleashed back in 2016, but since then it seems to have matured into something else: a poignant send-off for big-capacity engines. Audi’s handling tweaks and the addition of a cheaper RWD model have broadened its appeal without totally uprooting the R8 from its V10 heartland – yes we miss the sub-£100k V8 days too, but they’re long gone.

While there are super-spiders that are more incisive to drive, this is a very rare thing for an Audi – a real character. With all its crackle and fury, this R8 Spyder is a little bit naughty. And worth a look for the interior and the engine alone. 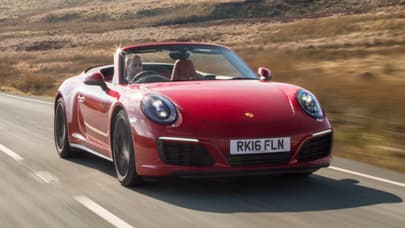 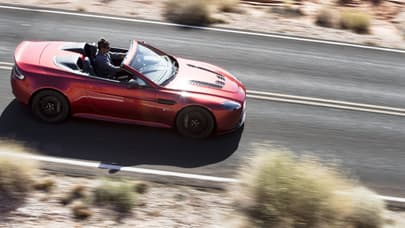 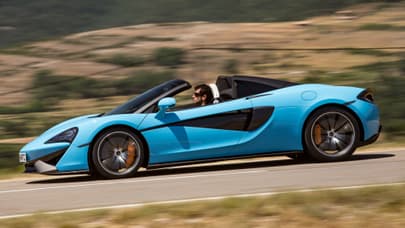