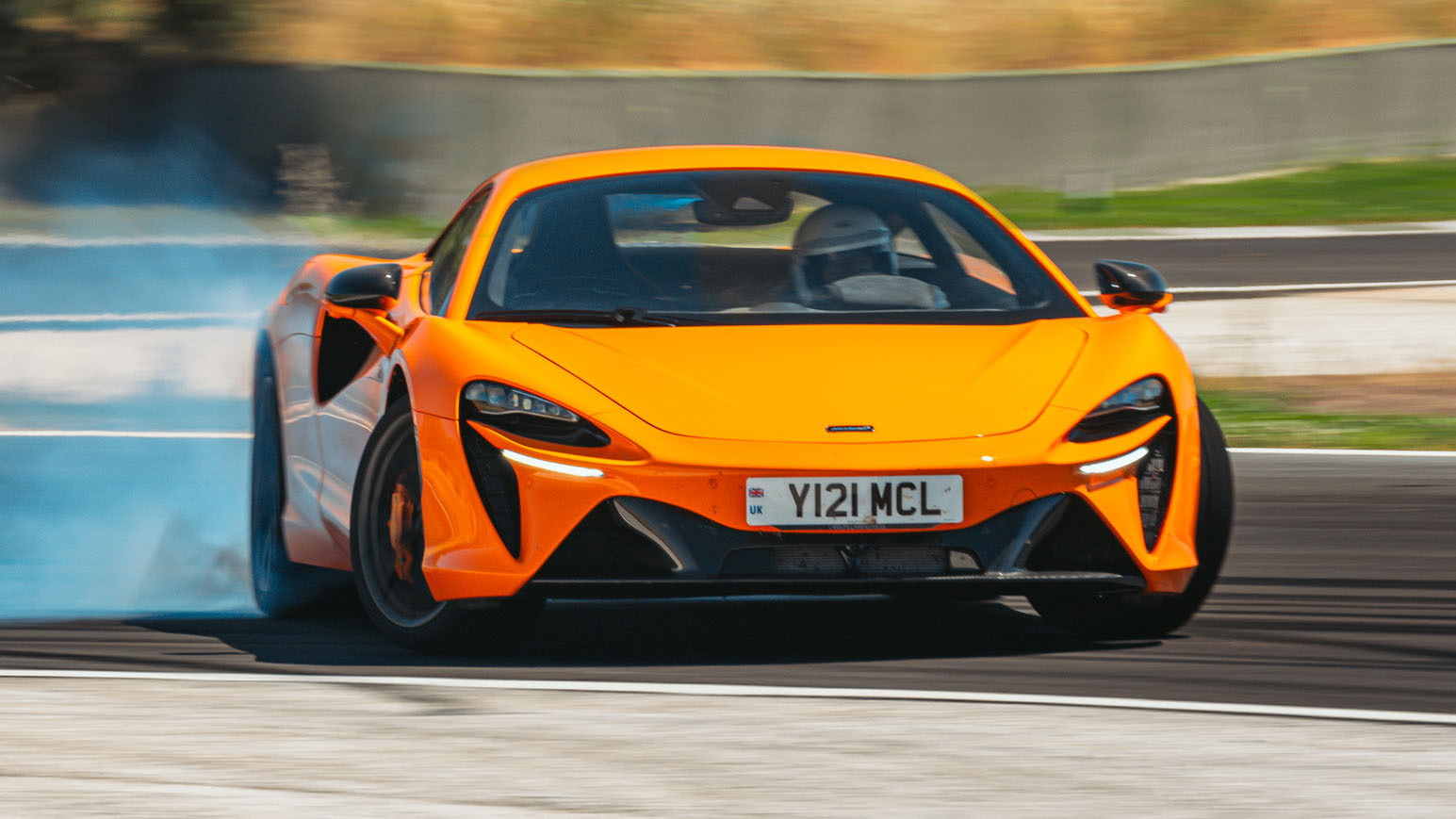 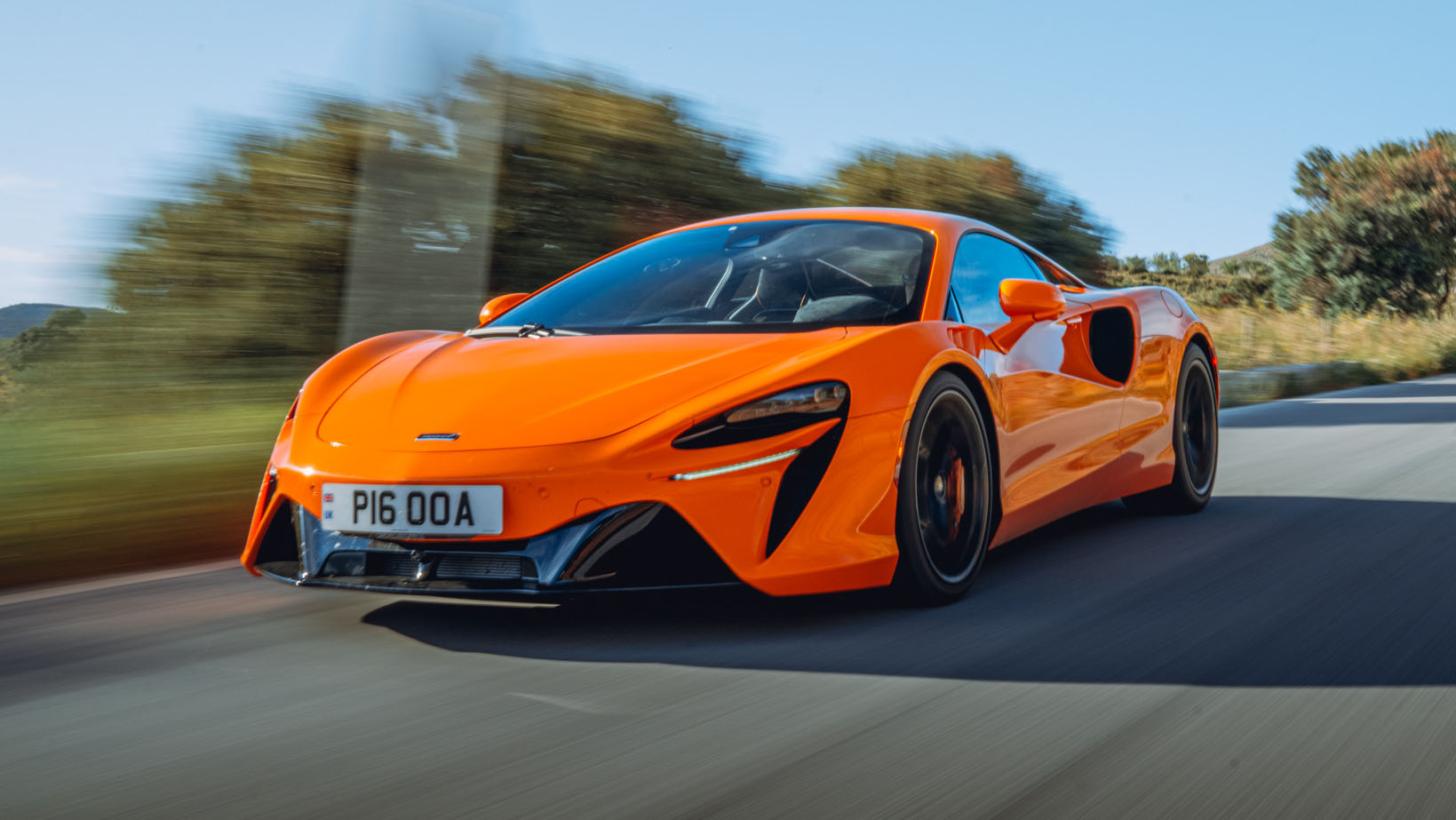 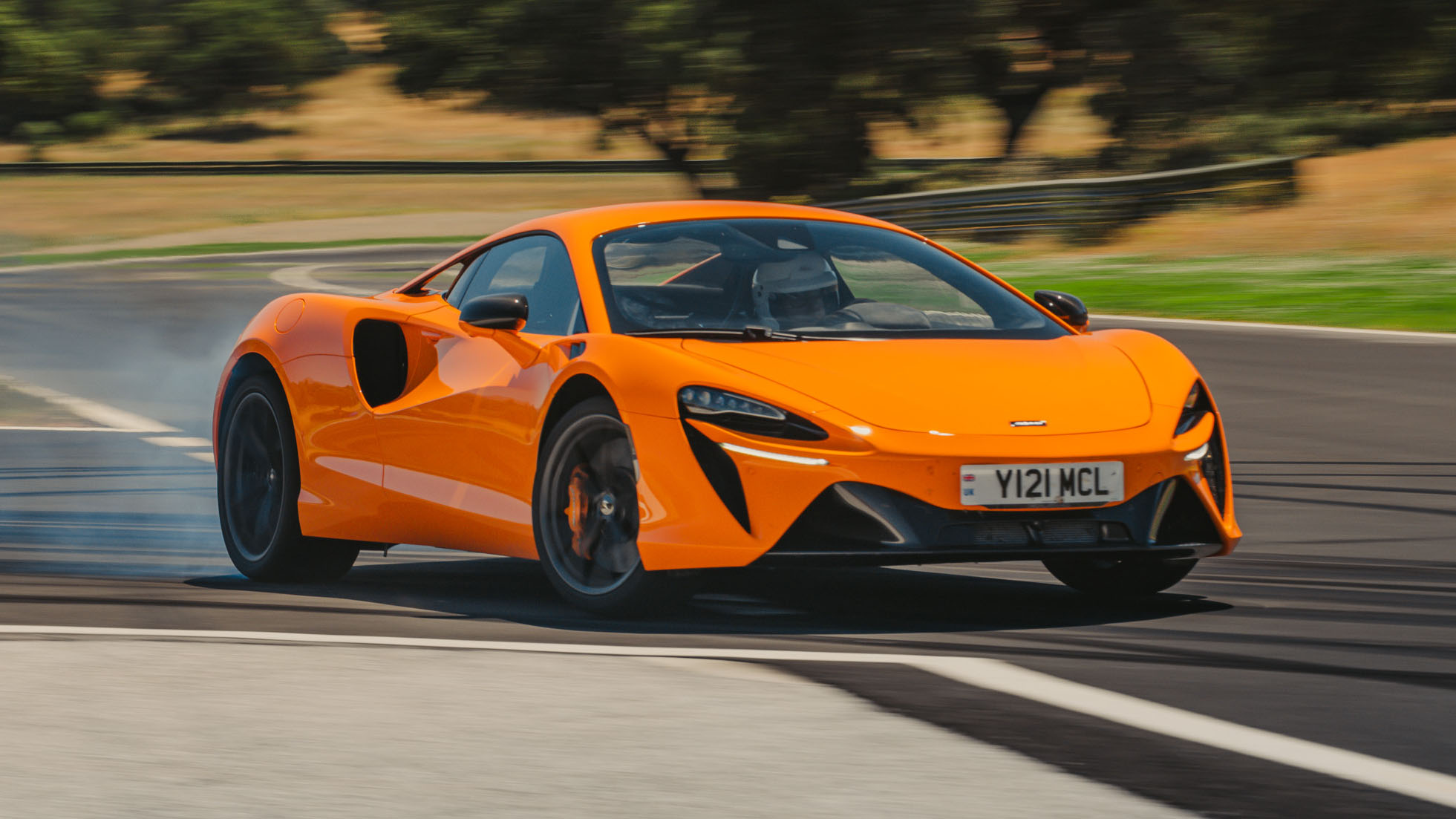 1 / 15
Advertisement
“Hybrid power is integrated slickly and the Artura is very easy to get on with. Feels like it’s been pegged back though ”

The first in a new generation of McLarens. It’s a hybrid supercar, mating twin turbo power with an electric motor and plug-in capacity. McLaren says it’s not a replacement for the Sports Series (570S et al), but come on, it is. This will be the entry level hybrid McLaren. Expect an uprated replacement for the 720S in due course, using this tech, but developing more power and equipped with tech features denied the Artura.

It doesn’t look much different, does it?

It’s an exercise in familiarity: the nose, flying buttresses from the Sports Series, indeed the overall stance, proportions and even the McLaren Orange colour of this one. Enough to make it hard to work out if this is a new car – which must make it a tough sell for existing customers thinking of upgrading.

And if you only read the highlights, the underpinnings don’t seem much different either. It’s built around a two-seat carbon tub (now called the McLaren Carbon Lightweight Architecture), with a twin turbo engine bolted on the back, driving the rear wheels through a twin clutch gearbox. So far, so familiar. It appears to be the same basic kit of parts that underpins almost all other McLarens.

So you have to dig for the differences. A 3.0-litre V6 instead of a 4.0-litre V8, and it’s not like they’ve merely lopped a pair of cylinders off – the bank angle has changed from 90 degrees to 120 degrees, the turbos relocated to the inside. Only a handful of bolts were carried over. The gearbox now has eight speeds rather than seven, the space for that found due to the absence of a reverse gear – that’s handled by the electric motor alone. The 94bhp, 166lb ft, 15.4kg electric motor is mounted in between, taking power from a 7.4kWh battery pack down behind the seats. The V6 contributes 577bhp and 431lb ft from 2,250-7,000rpm for totals of 671bhp and 531lb ft.

I’m thinking this sounds rather familiar?

You’re not wrong. A ‘hot vee’ V6, 7.4kWh battery, electric reverse, two-seat cabin, electronic differential, plug-in capacity and more means the technical package is very similar to the Ferrari 296 GTB's. Both firms say they’re not rivals, and seeing as the Ferrari has 140bhp more and costs an extra £50k you might agree.

Can you drive on electric?

You can, for up to an official 19 miles (call it 12), but there’s no regen braking – McLaren didn’t want electric recuperation to interfere with pedal feel. The whole front end is as analogue as can be, with double wishbone suspension, adaptive dampers and hydraulic steering. We have some slight issues with standard carbon ceramic brakes (see the Driving section), but no complaints about the steering or the way it tackles corners. It’s only around 60kg heavier than the old 570S.

No fast charging though (instead 2.5 hours to get to 80 per cent), which means on the move the battery is topped up by the engine. There are modes to help you manage that, but unless you do short daily hops on e-power alone, the Artura is not a fuel efficient hybrid.

Ah, that old chestnut. It’s been a McLaren bugbear since the days of the 12C. Well, there’s a whole new ethernet electrical architecture, reducing the weight of the wiring loom by 10 per cent as it needs 25 per cent fewer cables. It also permits over the air updates (one of which will be wireless support for phone mirroring – at the moment you have to be plugged in). Our car still regularly refused to recognise the key.

However, the cabin quality and habitability is great. It’s more luxurious than the old Sport Series, better insulated, wrapped in more tactile materials, there’s thoughtful stowage and visibility is good – especially out the back. Direct yourself to the Interior tab for more on that.

However, there’s precious little drawback or penalty to it being a hybrid. It’s still light (not much heavier than a V6-no-hybrid Lotus Emira in fact) and has that familiar precision, natural purity and athleticism that we’ve come to love from McLarens. It covers ground professionally, delivers feedback and confidence impressively, and feels colossally capable. And if you leave roads behind, it whips around a track with amazing composure and speed. The V6 even sounds good.

“Hybrid power is integrated slickly and the Artura is very easy to get on with. Feels like it’s been pegged back though”

The concern is that visually the Artura doesn’t do enough to communicate to potential buyers the advances that have been made underneath. Neither does the tech spec if you just skate through it. In fact it doesn’t even come across as a revolutionary step forward to drive.

Instead this is McLaren integrating the technology and doing so very slickly. We’d have liked to see fast-charging and brake regeneration to improve efficiency, maybe a greater kick of e-power, too. But this is a very easy supercar to get on with. Maybe not as vibrant, explosive and alert as a Ferrari 296 GTB, but a better thought through daily driver, and at £189,200, over £50,000 cheaper.

If we’ve got a criticism it’s that the Artura feels slightly constrained, pegged back to hit particular performance parameters. It’s no secret that the same kit of parts will underpin the 720S replacement, offering more power, probably more e-functionality, plus extra dynamic elements such as active aero, hydraulic suspension and four-wheel steering. The Artura has to play second fiddle to what comes next. For now it sends McLaren into the hybrid era with confidence and capability. Shame you’ll be hard pushed to spot it.