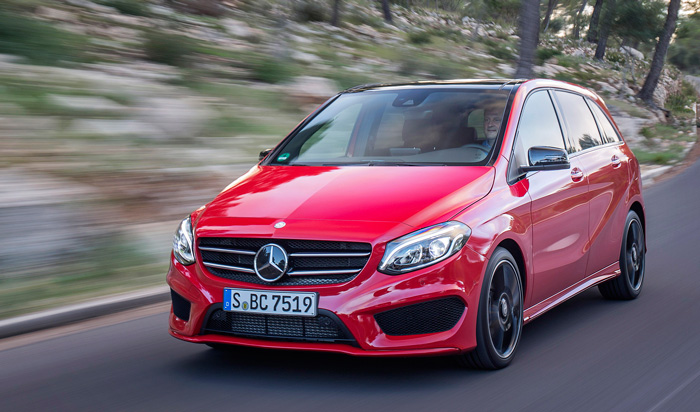 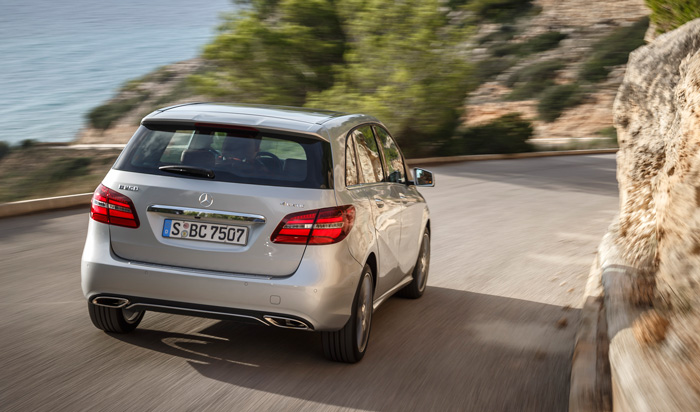 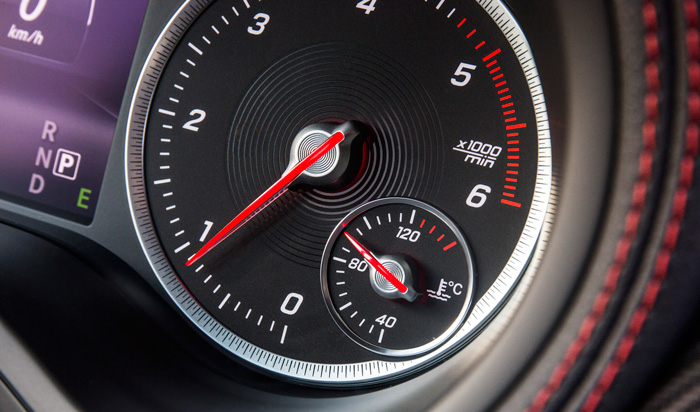 The new Mercedes B-Class? It looks just like the old one.

It does indeed. Probably because it mostly is the old one. What we have here is a mid-life facelift seemingly so minor that we at TopGear, purveyors of automotive pedantry of the highest order, are deeply struggling to differentiate between the ‘new' B-Class, and the one that has been with us since 2011.

So what has Merc actually changed?

On the outside? As you can probably tell, not much. The pre-facelift B was a decent-looking thing in a forgettable sort of way, and the new car does little to change that, with a pair of new bumpers and some twinkly LED lights.

Inside there's a C-Class-like steering wheel, smarter instrumentation and the most recent iteration of Merc's Tablet Suckered To The Dash infotainment system. All in all, it's a nice place to sit. Light, airy, plenty spacious and appropriately upmarket. Families of four, this thing will suit you just fine.

How about under the skin?

We drove the B220 CDI 4MATIC, which shares its 2.1-litre turbodiesel mill with pretty much every other Mercedes, AMG GT and S-Class Coupe notwithstanding. In the B it makes 175bhp, enough for a 0-62mph time of 8.3 seconds and a top speed of 137mph. The B200 CDI gets the same engine, but makes do without four-wheel drive, or 40 of those horsepowers.

But it's available with a manual gearbox, which the 220 most definitely is not. Laggy off the line and hesitant when you call for a sudden burst of acceleration, Mercedes's familiar seven-speeder is at least smooth and quick-shifting once you're on the move. Sticking the B in Sport sharpens up the throttle and gives the gearbox good talking to, thus ameliorating some of those irritating peculiarities.

4MATIC, itself a first for UK Bs, is only available on the 220 CDI. Does it work? Probably. Under normal driving conditions, you wouldn't even know it was there.

Also available in the UK is the B180 CDI, which Mercedes claims in ECO trim manages 78.6mpg and just 94g/km of CO2. There are two petrols on offer, a 1.6- and a 2.0-litre. But you won't buy one of those. Mercedes estimates something like 80 per cent of B-Classes sold in the UK will be oil-burners.

Then there's the B-Class Electric Drive, soon to be available in the UK. Up to 150 miles from a charge, reckons Mercedes, and 0-62mph in 7.9 seconds. It's the quickest B off the line, and the batteries are hidden under the rear bench, which has been raised a fraction to accommodate them, so the boot is no less commodious. It's been thought through, this thing.

The Electric Drive is the fun one. Not because it handles any better than its fossil-fueled stablemates, because it doesn't. No, it's the torque, that instantaneous, addictive burst of low-end shove you'll find not just in the B, but in most other electric cars.

Of the Bs you might actually buy, the 200 and 220 CDIs are both entirely adequate. In 175bhp guise, the 2.1-litre turbo diesel feels a little smoother, a little more refined and a little quieter than it does in, say, the GLA. The B200 is a bit rougher around the edges, and noticeably slower. Like the 220, it quietens down at a steady cruise, however, and is just about quick enough. The 220 is the better engine, but the 200 is the best trade-off between pace and price.

From behind the wheel, the B-Class isn't much fun. AMG Line cars get a variable steering set-up and a slightly lowered version of the standard car's ‘Comfort' suspension. Said steering, which all told doesn't feel tremendously different from the standard car's, is numb and inconsistently weighted.

Driven sensibly, the B-Class is fine. Push on, and its lackadaisical nature shines through. It's not for driving quickly, despite what Mercedes may say, and not that anyone who buys one is likely to. It's for cruising, something it does fairly well.

There are plenty of similarly spacious, similarly priced and similarly equipped cars out there. A Golf SV or a 2-Series Active Tourer if you want a bit of badge, even a Golf Estate will do the job. But if a B-Class is what you want, we'd go for a mid-ranger. A Sport, with a diesel. The 220, if you foresee carrying many heavy people and things, the 200 if you don't.