£58,865 when new
Read why you can trust our independent reviews 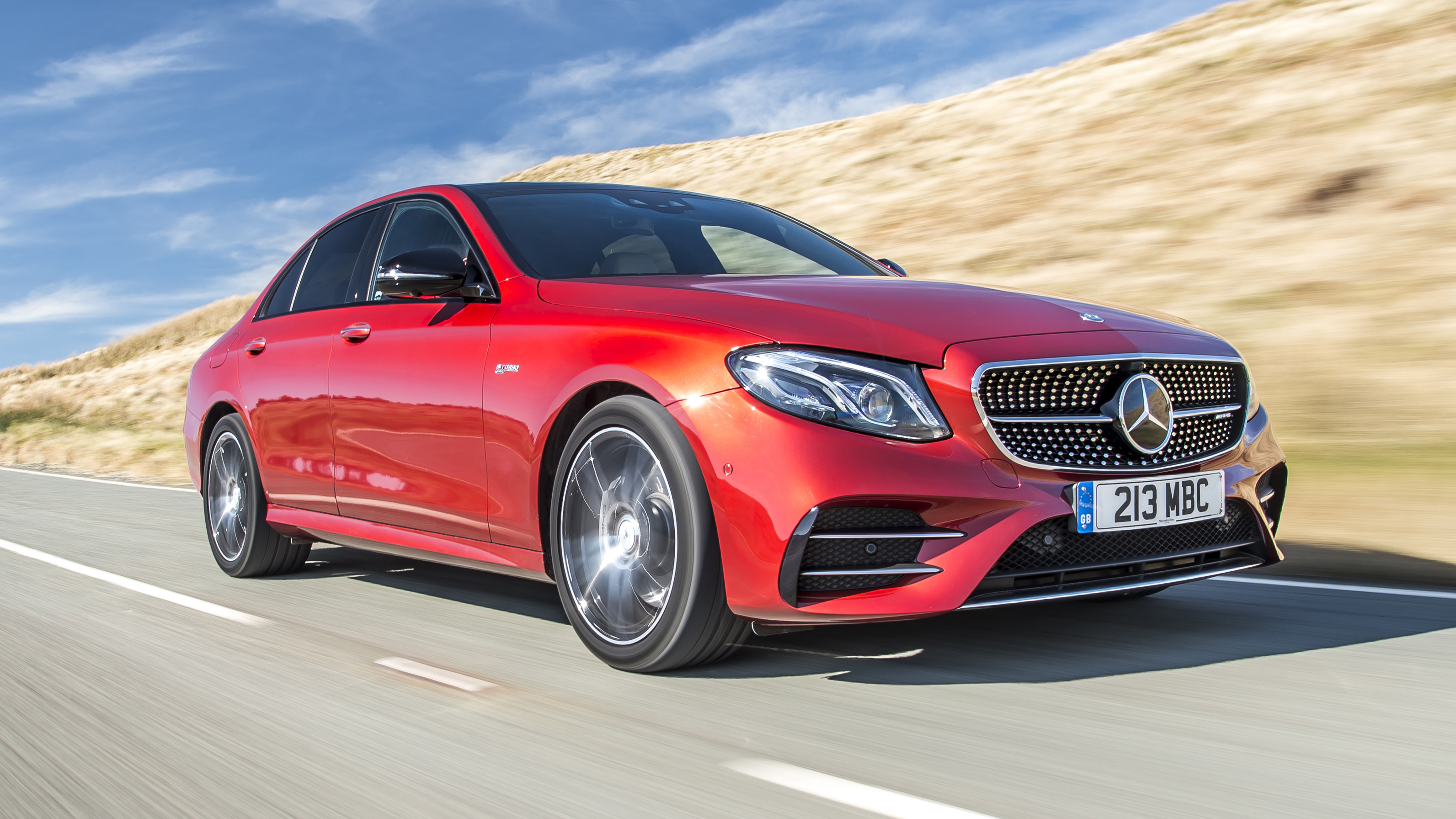 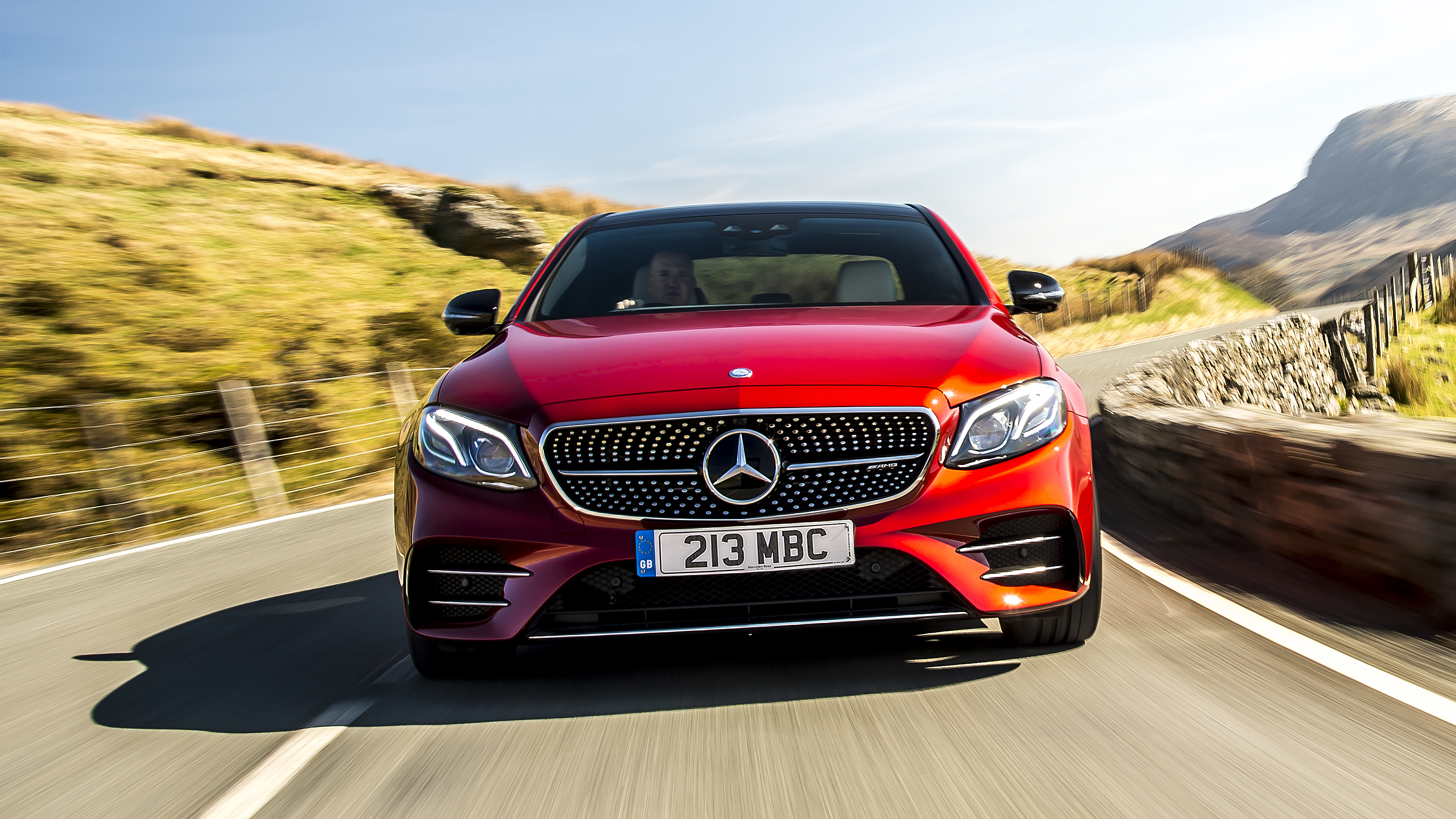 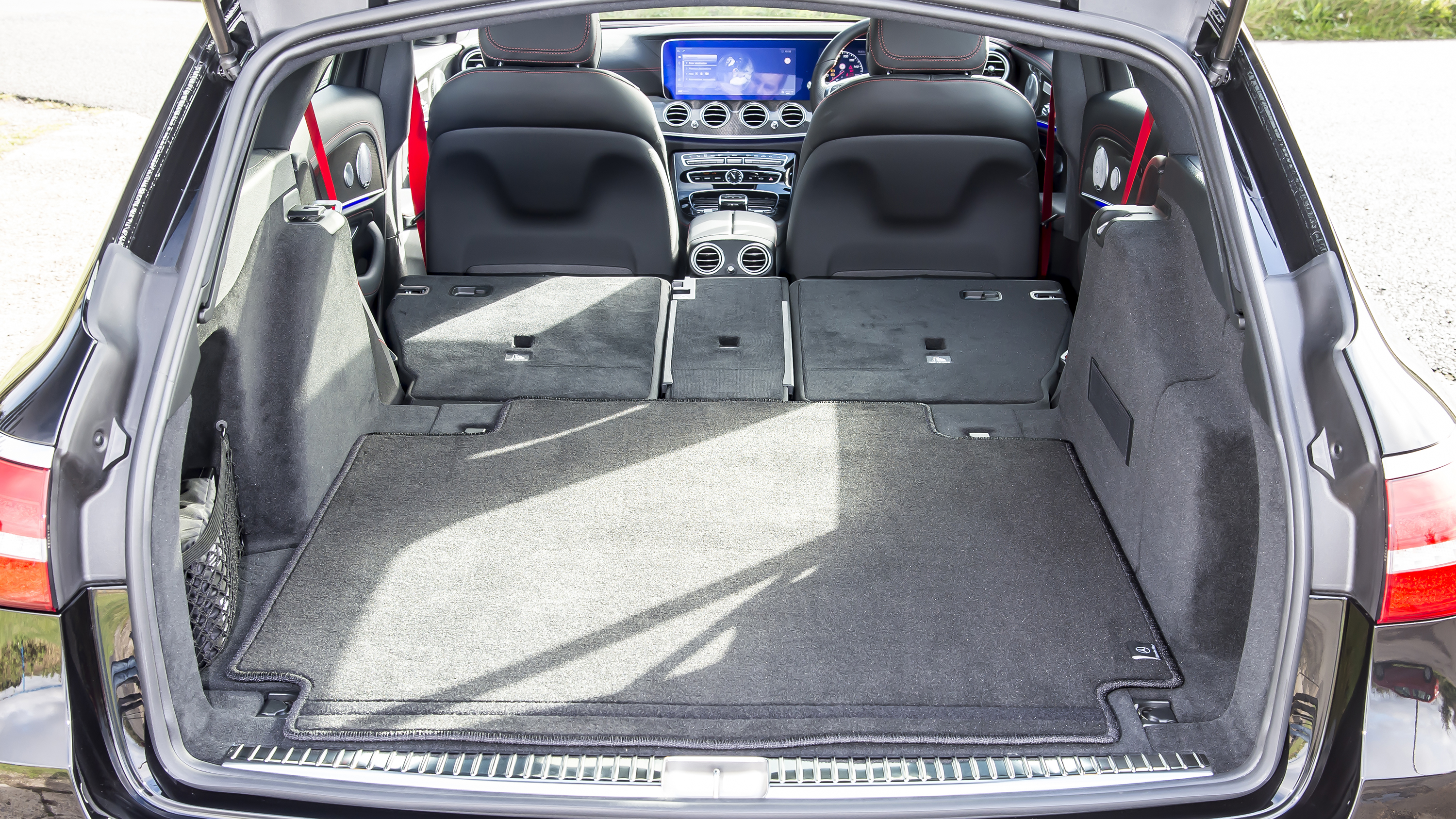 Which Mercedes E-Class review is this?

This is the Mercedes-AMG E43, the cheaper, less powerful of two AMG E-Classes you can buy.

While the full-fat, drift mode-equipped E63 AMG uses a 604bhp 4-litre V8, its littler brother makes do with a 3-litre V6. Albeit one that’s got two turbos and still makes nearly 400bhp. The four-door saloon starts at just over £56,000, while the estate version a whisker under £58,000.

Indeed, though the launch of the four-cylinder A45 AMG a few years ago proved AMG is changing, and its bandwidth increasing. Which means its C- and E-Class based models now come with two performance versions, in order to cater for different audiences.

This E43 puts its 396bhp through all four wheels, though its 4Matic all-wheel-drive system sends almost 70 per cent of power to the rear axle. A nine-speed automatic gearbox is standard.

The saloon completes 0-62mph in 4.6 seconds while the estate is 0.1sec slower, though the top speed of both is electronically limited to 155mph.

But while this Merc’s performance far outstrips most hot hatches, its fuel consumption is roughly on par with them. Claims of almost 33mpg and 197g/km of CO2 emissions aren’t half shabby for a 1.8-ton car of this speed.

Fuel economy? But it’s an AMG…

Alright, here are some facts to make it a bit cooler. The engine employs technology used by Merc’s V6 Formula 1 engine, namely something called NANOSLIDE (their use of upper case, not ours). It sounds extremely nerdy, and it is. But it essentially means the engine runs more smoothly and efficiently than it would were it not NANOSLIDING. Good.

The gearbox, meanwhile, won’t change up for you if you’ve opted to do things manually with the steering wheel paddles. Quite a lot of supposedly driver-orientated rivals can’t claim the same, and anyone who’s been denied a proper lunge to the redline in a fast Audi or suchlike will welcome the work of AMG’s gearbox geeks. They’ll also like that the near-infinitely adjustable virtual dials, which can show oil and transmission temperatures…

Enough geeking out. Is it any good to drive?

It’s an interesting proposition. Anyone with experience of any former AMG product – the four-cylinder cars excluded – might initially wonder if the wrong badges have been tacked on. Potter about and this is a placid car, one which exhibits little to suggest it was drawn up on the same whiteboards that bred the AMG GT R and SLS Black Series. Well, apart from its fairly firm low-speed ride.

Not being a bonkers hooligan does mean it's an amiable long-distance companion, though. The sports-tuned air suspension may be noticeably stiffer than normal, but otherwise, this is as effortless to drive as any other E-Class. More so, perhaps, given its petrol drivetrain has that extra dash of refinement over diesel. 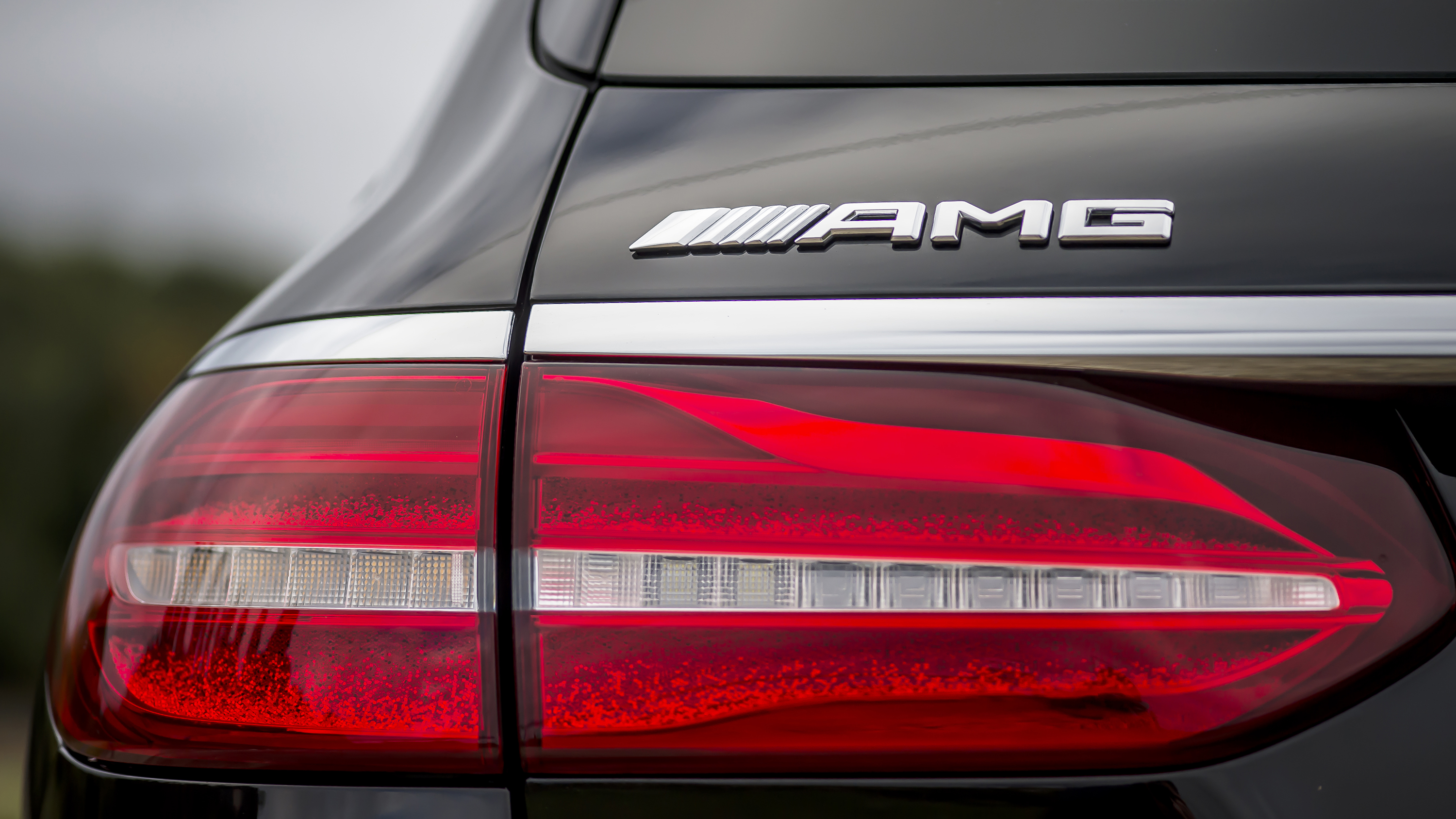 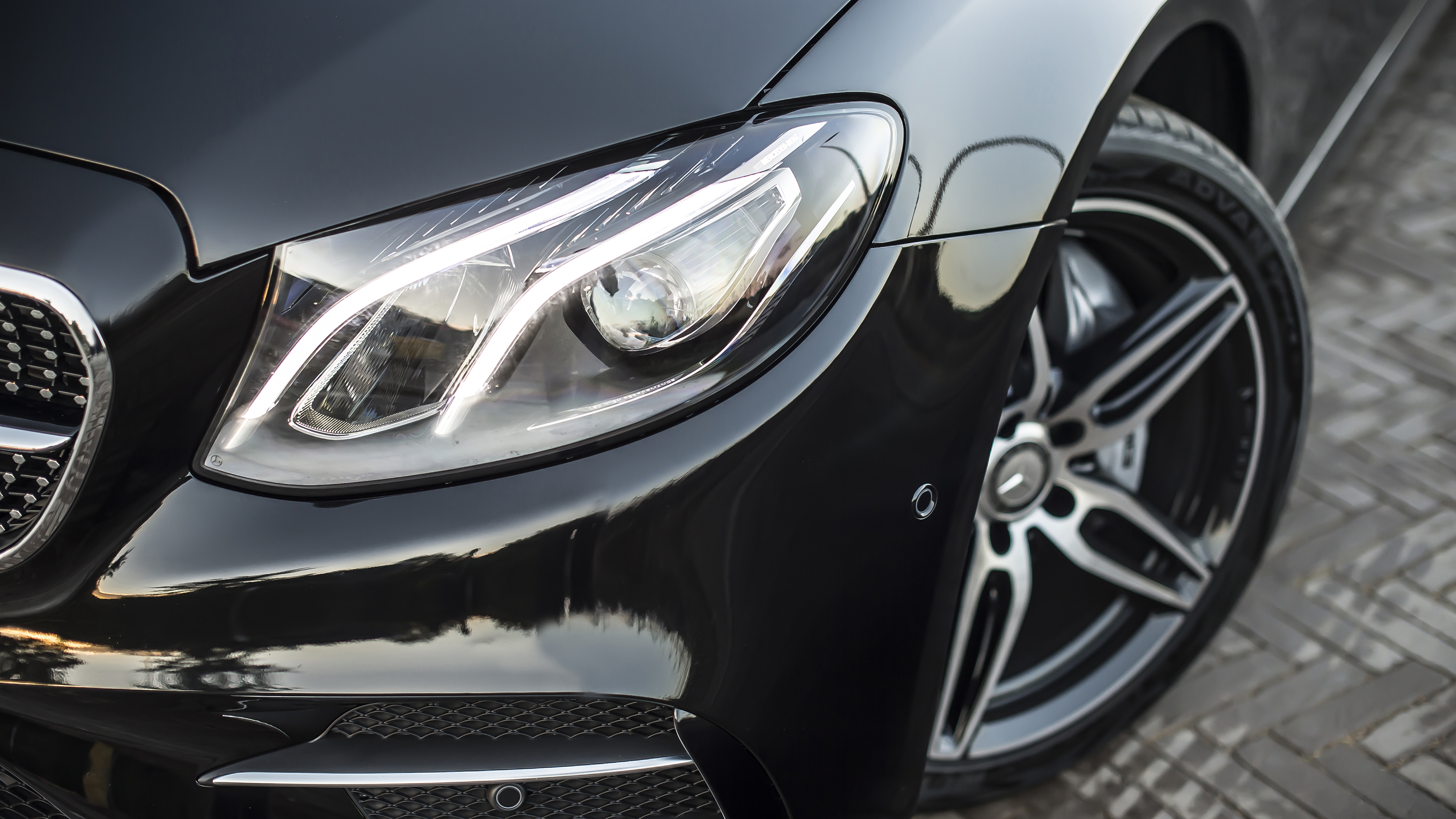 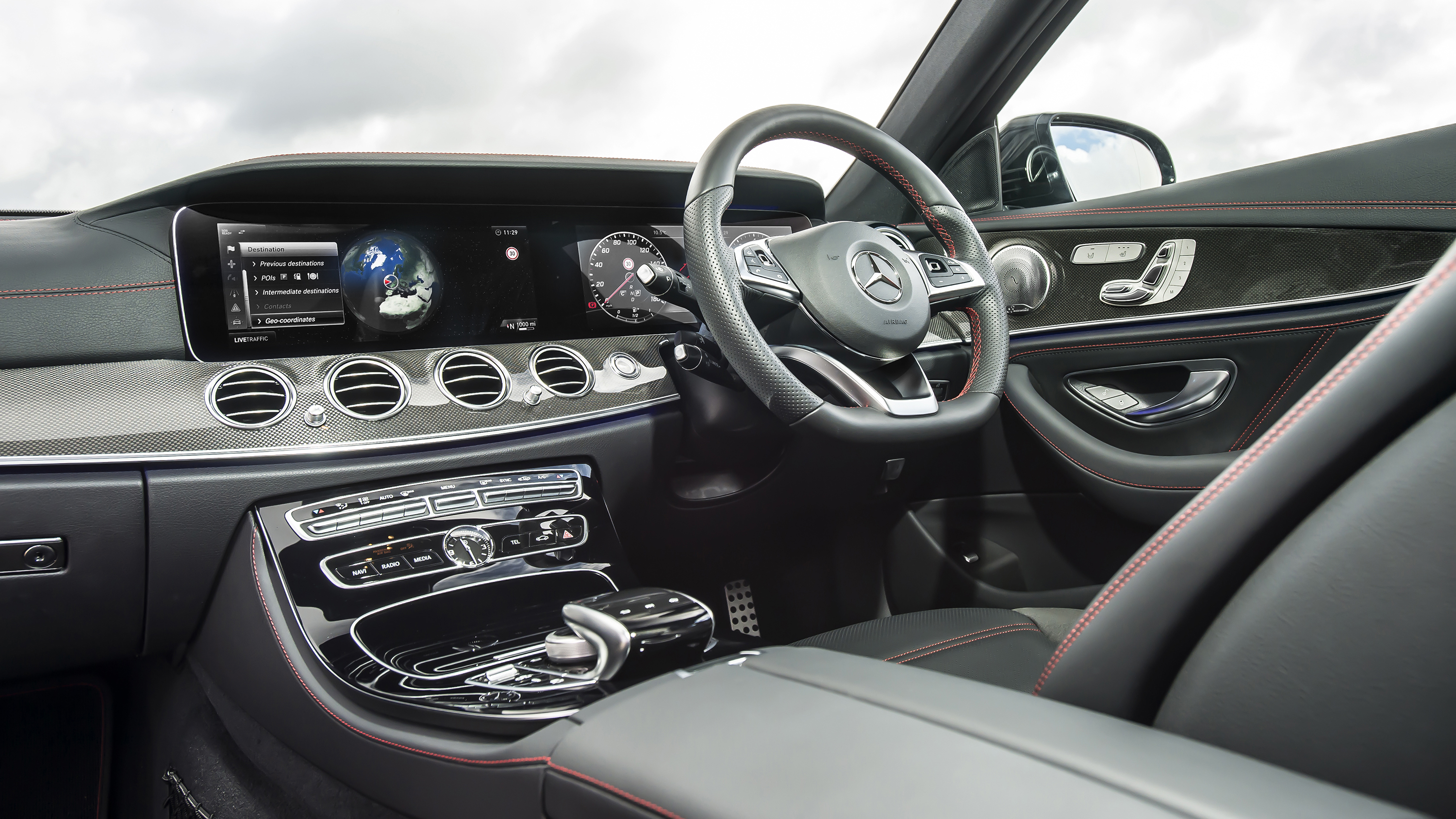 Kick the car into life, though, and it reveals its hidden edge. You need at least 3,000rpm showing for the engine to properly burst into life, but it makes a lovely hard-edged sound as it does so – there’s some late nineties BMW to the sound, no bad thing at all – and the digital speedometer’s needle climbs with plenty of haste.

With the redline not far above 6,000rpm, though, I’d argue the E43’s burst of speed doesn’t last long enough. If the gearbox is doing its own thing, it’s not a problem. But if you’ve locked it into manual there’s every chance you’ll butt into the rev limiter on first acquaintance, as there’s no hint from the engine that it’s reaching its crescendo. I sense the rev limit is very safe, and freeing an extra 500rpm would elevate the drivetrain and give the driver a bigger smile.

And how does it handle? As slippery and slidey as ever?

Absolutely not. And this is where the E43’s purpose suddenly comes into focus. While the E63 AMG picks off the Audi RS6, this E43 has the tamer S6 in its crosshairs. Its four-wheel-drive system ensures you never really worry about what the rear axle is up to, no matter the weather. That's despite two thirds of the engine's power being sent to the back wheels.

For some, this will dilute the appeal of an AMG and they’ll move on. But for plenty of others, it’s an AMG you don’t need lightning reactions or a loyalty card at your tyre fitter to properly enjoy. And with the torque split of its transmission fixed – no fancy shuffling around of power here – it still takes a bit of thought to get the most speed from it. It's not always best to wantonly hoof the throttle out of a tight corner, but nor will you be painfully and expensively punished if you do so.

What results is a car you’ll rarely, if ever, take out just for the heck of it. But should you have time to kill, it will provide decent entertainment if you wish to avoid the dual carriageway and work your way home on the back roads. And if you’re not in the mood for such things, it’s quiet and soothing to drive in a way a more pumped-up AMG probably won’t be.

And much cheaper to run, too…

That one deserves a question mark. It's more affordable to buy, absolutely. But in a week of mixed, though mostly motorway-based driving, we averaged 27mpg. On a shameless pelt along some empty moor roads, the display was reading, um, 15mpg. A V8 E-Class will be thirstier, but I can’t imagine the rise in fuel consumption will be proportional to its 50 per cent power increase.

Yes. It’s not a car I warmed to immediately; the bits that warrant an AMG badge take some burrowing to find. But as a twin-purpose car, an unseemly quick vehicle that’ll do the family stuff without embarrassing the passengers via shouty looks and a shoutier engine note, it’s undoubtedly talented.

If you’re not enamoured by diesel, there’s tangible appeal here. Fast petrol saloons and estates (particularly the latter) have always been cool in our eyes, and this E43 AMG does nothing to change that. If it fits your budget, though, an E63 will be cooler still…