£772 p/m
External link to
with Leasing.com
Read why you can trust our independent reviews
Top Gear Team
Published: 14 May 2019
Skip 14 photos in the image carousel and continue reading 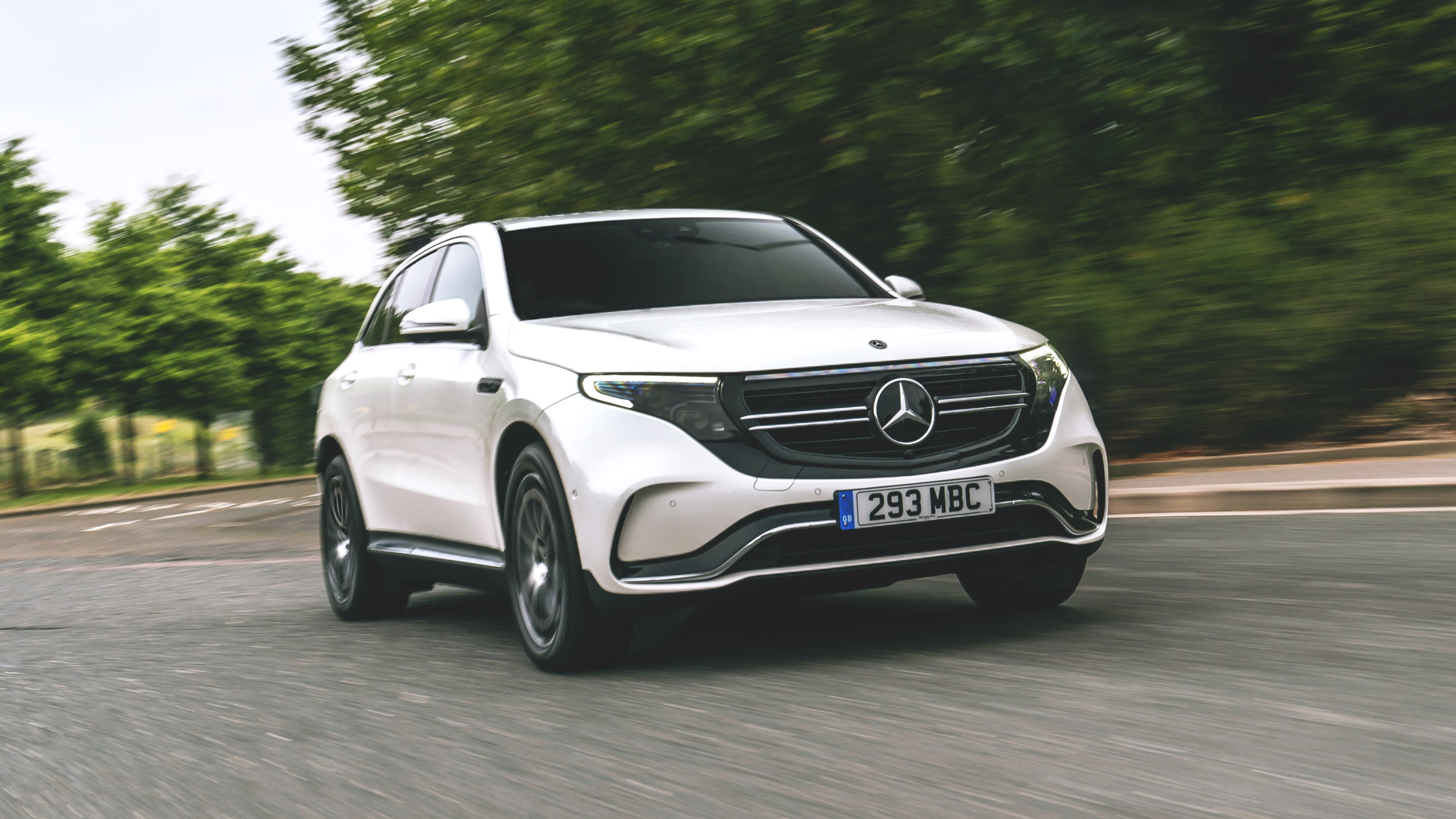 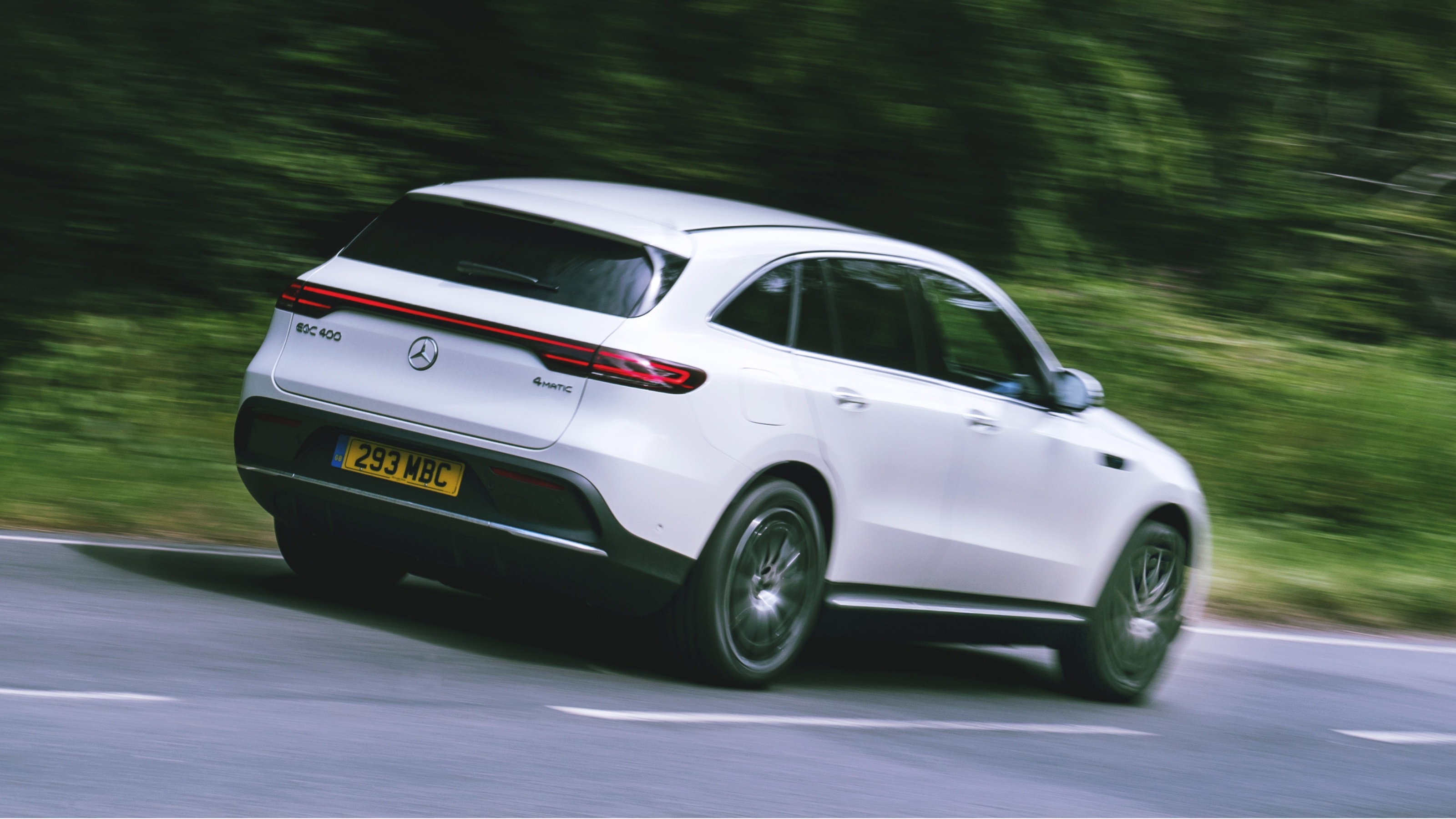 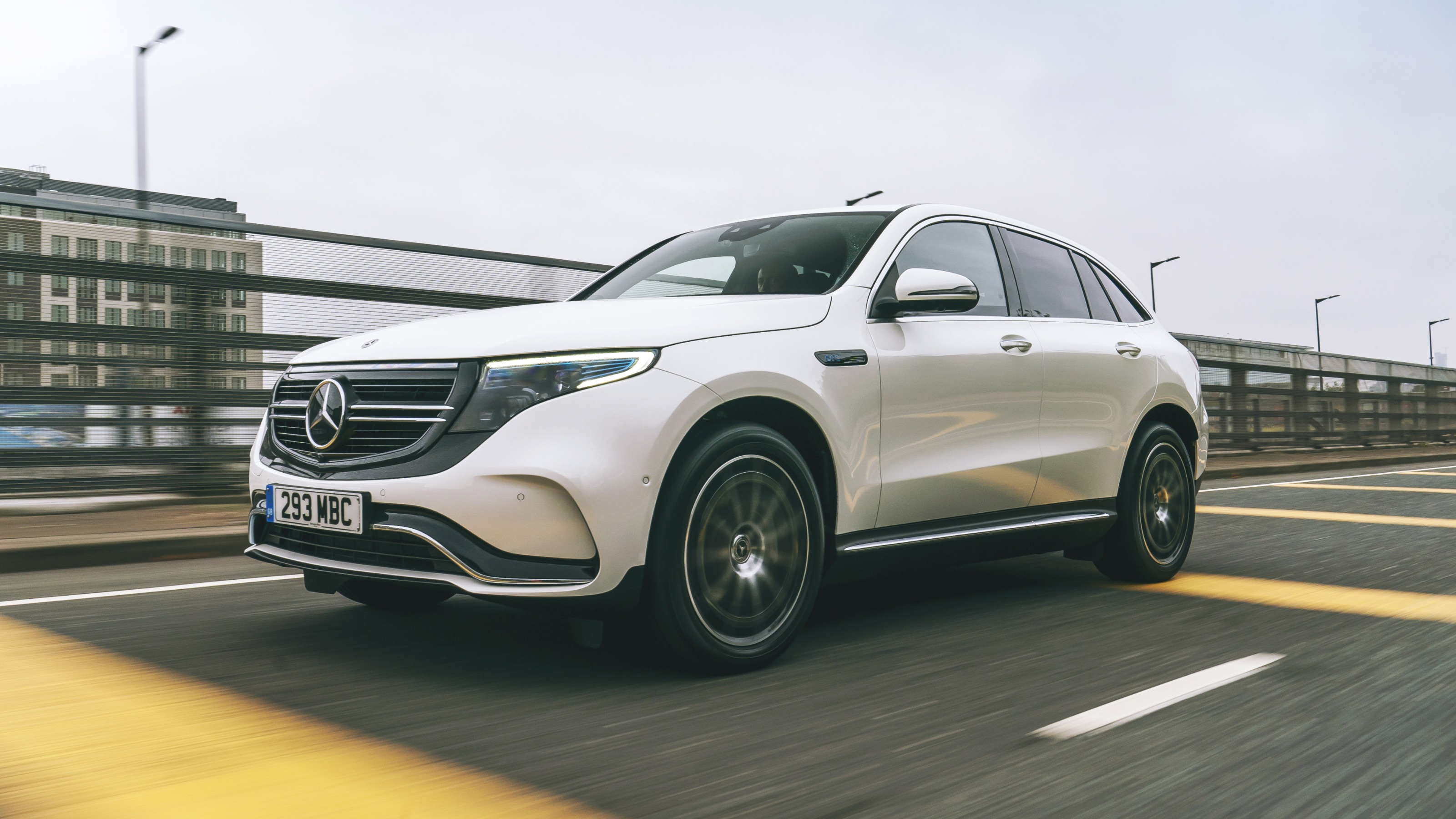 1 / 14
Advertisement
“Comfy, refined and reassuringly normal car-ish. But it's also hamstrung by not being a bespoke EV ”

If you've ever been in one of Mercedes many SUVs, the EQC will feel very like them, except with silent electric power. Because that's what it is. For its first mainstream EV, Mercedes hasn't reinvented the car. It has simply electrified a car. Specifically, the GLC.

Take out the combustion engine, exhaust and fuel tank, and the transmission. Insert two drive motors, one in front and one behind, and an underfloor battery. That's the basic concept anyway, but of course thousands of details have changed, and there's a new visual skin for the exterior and interior.

So how different is it to the GLC?

This means that both outside and inside, the EQC has very similar proportions to the GLC. It doesn't have a spacey cab-forward design or a lightweight aluminium bodyshell. You don't have to get used to it, and you won't look like you're driving around in a science experiment.

It might seem timid for Mercedes to have adapted an existing platform rather than scratch-build a new one, but at least they have sweated the details on the body, motors, thermal systems and electronics. The aims – successfully met in our first experience – were silence, efficiency and safety.

Among the first wave of posh electric crossovers, it's quite small. The Jaguar I-Pace is similar in footprint but has a significantly longer wheelbase to improve cabin room. The Audi e-tron is bigger, and the Tesla Model X far bigger. And yet the Mercedes is the heaviest of the lot, at two-and-a-half tonnes.

Here's why. The EQC has the same suspension and most of the underbody as the GLC. To make sure it behaves in the same protective way in a crash, it even has steel-tube replicas of the combustion car's engine block and gearbox housing, except here they mostly enclose fresh air rather than pistons and gears. So you don't get the airy cabin or flat floor of a Tesla or Jaguar.

The EQC's chief engineer gladly admits that because it's thus adapted, it's 150kg heavier than it would be if entirely bespoke. He claims weight doesn't greatly affect range because you can regenerate more from a heavy car – here it's up to 240bhp feeding back to the battery. Instead, what matters is low drag, down to Cd 0.28.

How big is the battery, out of interest?

Just as well it's a low-drag car, since the battery doesn't have a huge capacity at 80kWh gross. Mercedes are absolutely the safety people, so they've made the EQC's battery narrower than rivals. It doesn't spread right out to the sills but instead has about 10cm of extra impact-absorbing structure either side. The range is 245 to 255 miles WLTP, depending on wheels (some low-drag ones are available) and running boards (which actually improve matters).

“Comfy, refined and reassuringly normal car-ish. But it's also hamstrung by not being a bespoke EV”

Mercedes has been cautious in its first electric car. (Well, first except for the electric Smarts, electric B-Class and electric SLS.) By using an adapted GLC platform there aren't the gains in revolutionary style or cabin space you'd hope for. It's not at all sporty to drive either.

But the detail of its refined drivetrain and chassis makes it a relaxing car to drive or ride in. And Mercedes has done all it can to ease the transition to finding energy from power points not petrol stations.