£ 24,905 when new
Paul Horrell
Published: 07 May 2015
comments
Skip 16 photos in the image carousel and continue reading 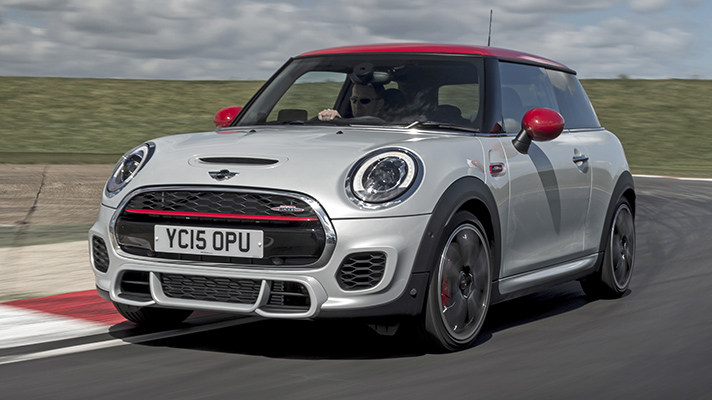 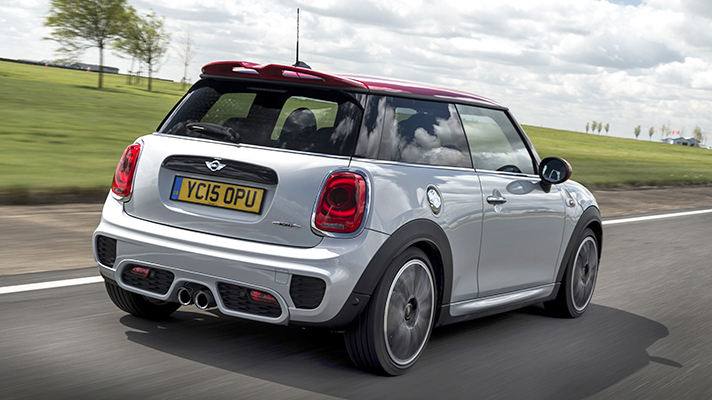 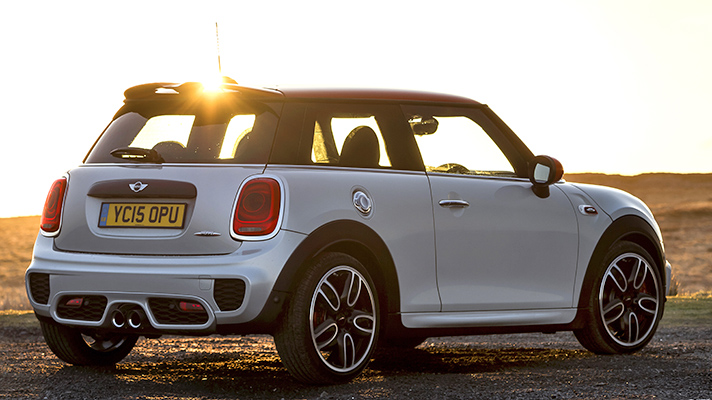 Not so much. It's actually the Mini John Cooper Works. Still a big name for a small car though. Even if it's the most powerful production Mini ever.

The engine is from BMW's new 2-litre family, like in the current Cooper S. Previous Minis never went beyond 1.6, so it has a good start. For the JCW its turbo and pistons are special, there's a larger intercooler, and better water cooling too. The exhaust system is fatter and less restrictive through most of its length. This is no simple chip job. Net result is 231bhp and 236lb ft in a car of just 1205kg.

What do those numbers mean?

It's a terrific engine. First and lasting impression comes from the noise, a keen baritone that goads you when you're accelerating but dies away at a cruise. You're not bothered by lag, but the red-line is a disappointingly low 6500rpm - not that you'll see that on the idiotically tiny rev-counter. That's why you need the exhaust noise, so your ears can gauge the rpm. Even so, you'll probably be shifting up early because the mid-rev torque is so generous.

OK, it makes 0-62 in just 6.3 seconds, Mini says. With the optional six-speed auto, which I tested, shifts are faster and there's launch control, so that comes down to an impressive 6.1 seconds. The autobox also cuts a barely credible 22g/km from the CO2 figure, dropping it from 155 in the manual to 133. In fuel economy that means 42.2mpg for the manual and 49.6 for the auto. Real world it's hard to believe the gap would be so great. 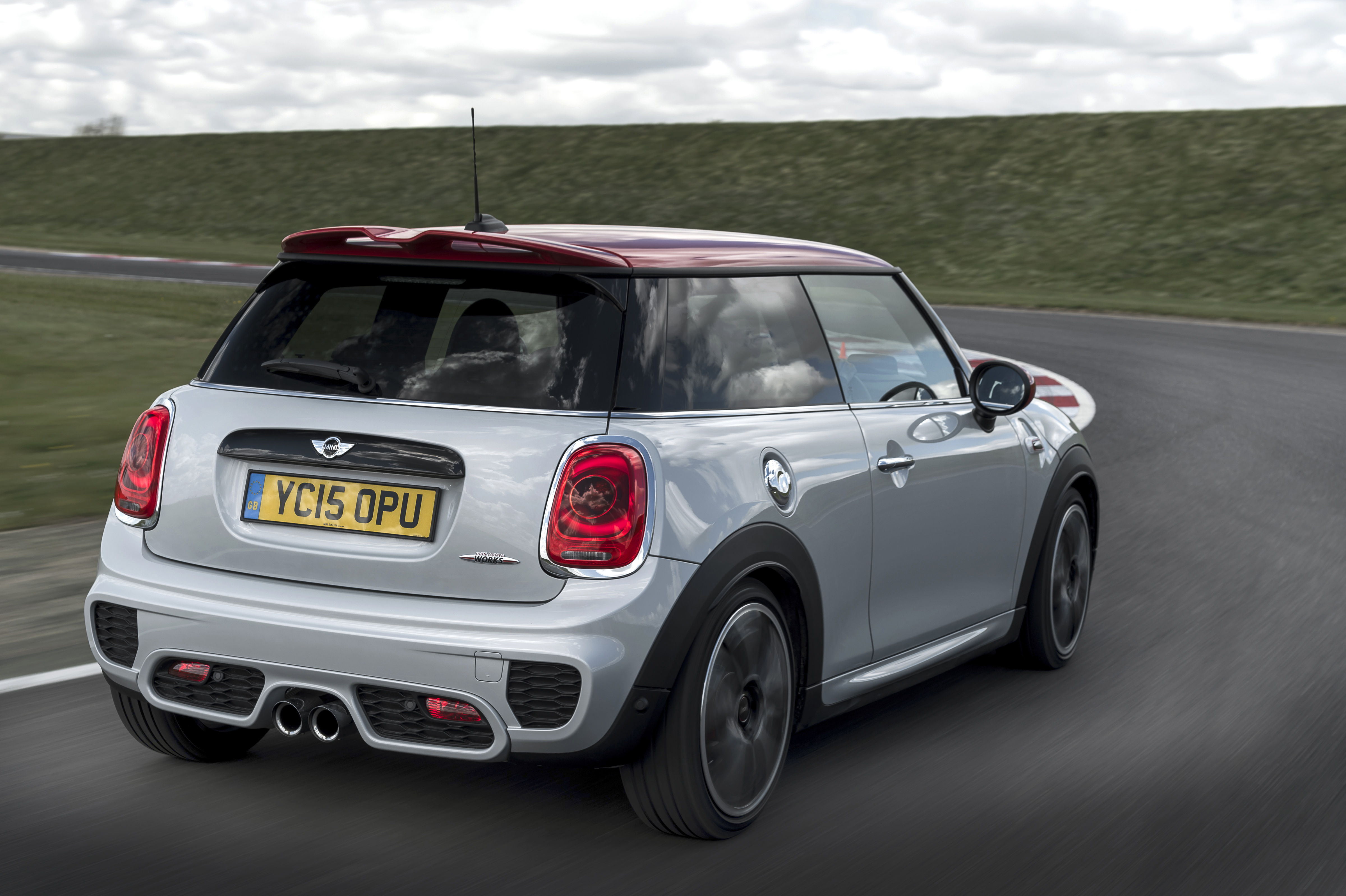 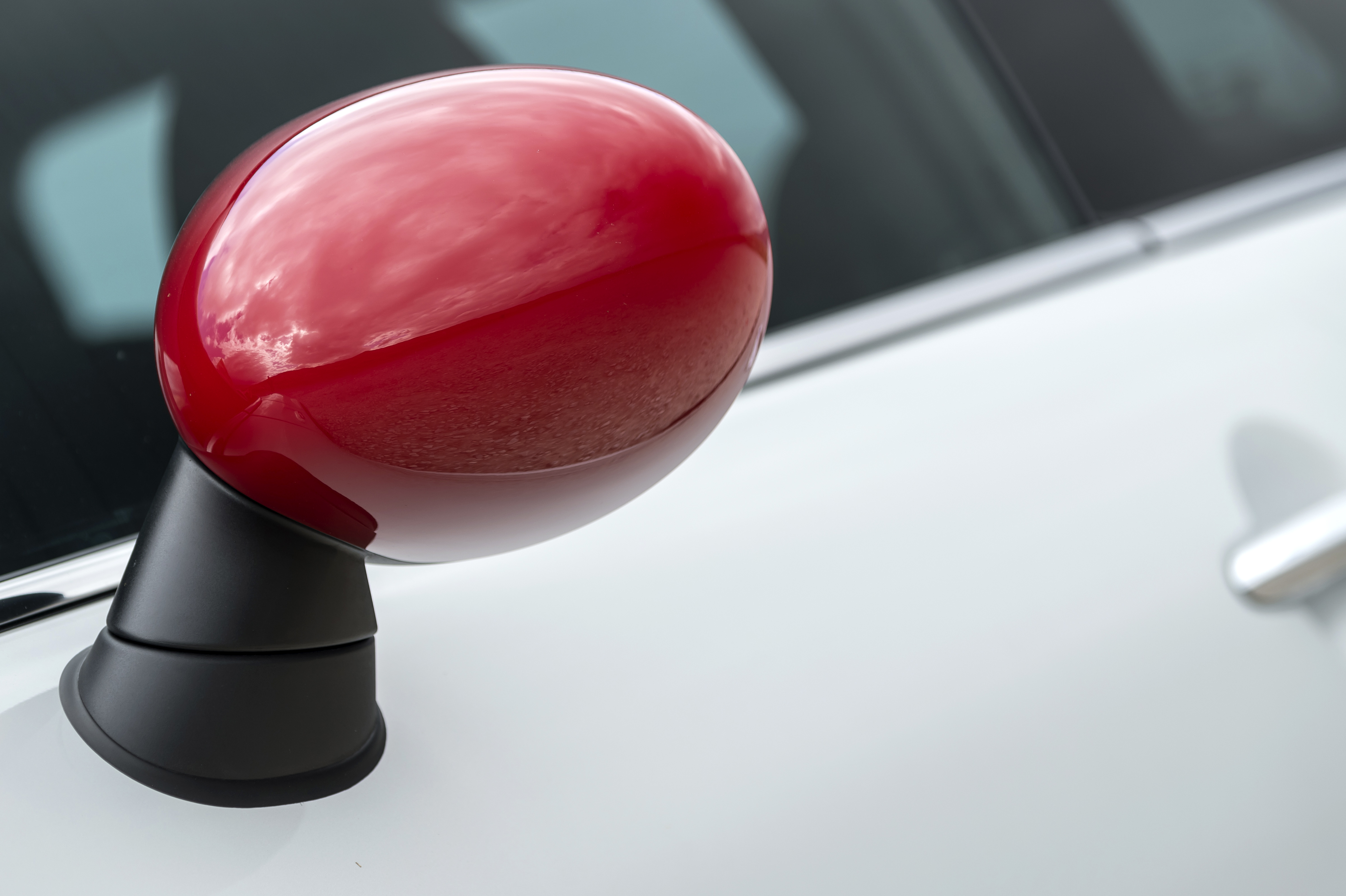 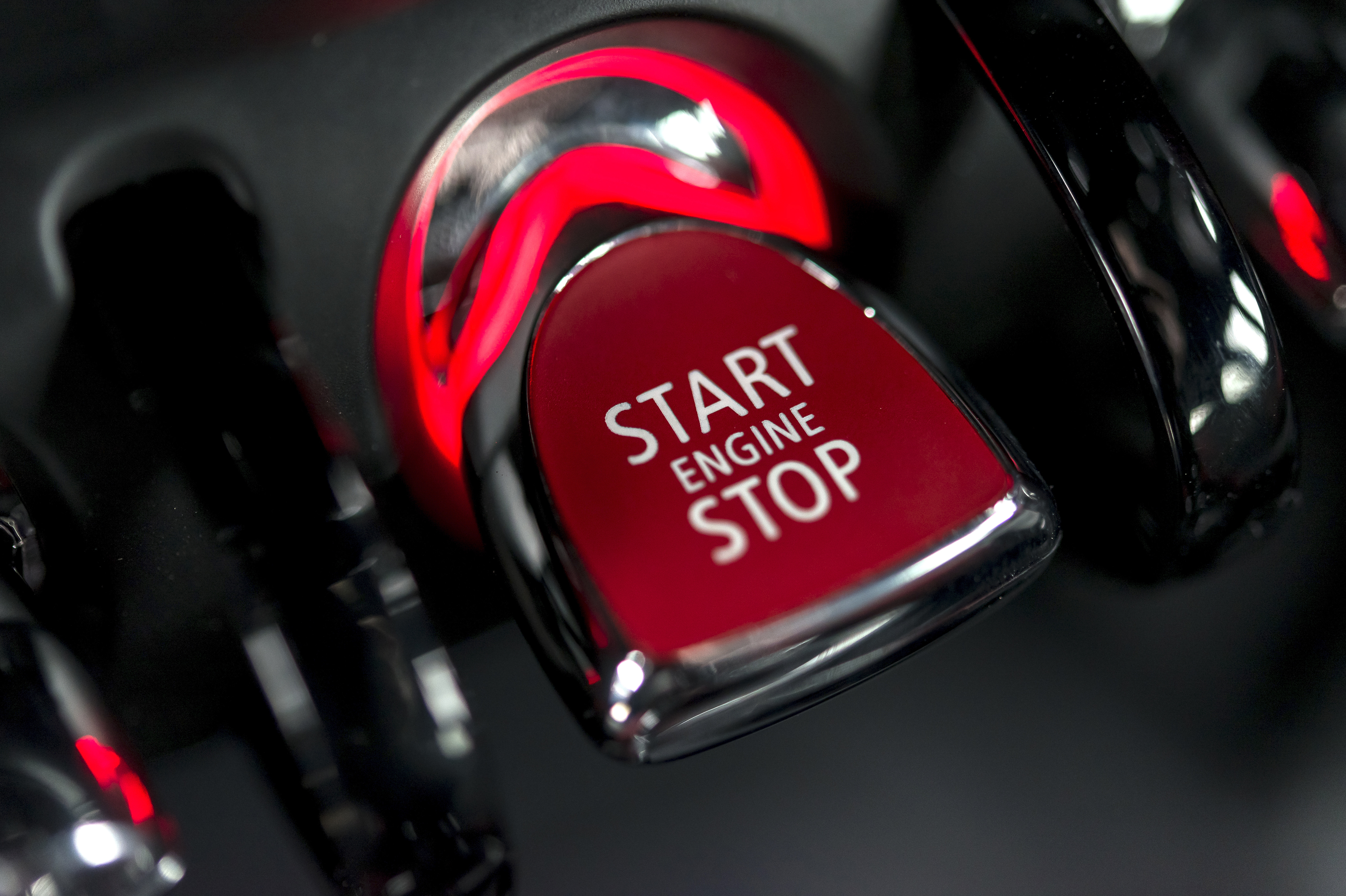 What about stopping it?

Ah yes, there are vast new brakes, with special venting ducts in the car's front face. They feel terrific: very strong, progressive and of course resistant to fade even on a track, where I did a few happy laps.

Not vastly different from the Cooper S, apart from the brakes. The spring and damper rates are as per the Cooper S's sports chassis option. And that means firm. Especially if you specify the wheel upgrade from 17 to 18 inches, which comes with the Chilli pack. Thus equipped, I'd go for the adaptive damper option, a conspicuous bargain at £240.

Put those dampers in sport and you've got an overly-bumpy road machine, but in the normal mode they soften the edges and allow you to tackle a lumpy road with some commitment. Sport mode is for smooth roads and tracks, really. Anyway, as road car it's very chuckable and agile.

Despite that strong engine, it finds pretty good traction, without much torque steer. Maybe it could use a bit more initial sharpness in the steering, though you'd probably have to pay for that with extra kickback. Basically, corners are just a hoot. The DSC system lets it slither about quite a bit before intervening, and this really is a car that's prone to squirrelling and nudging its rear end outward, like a Fiesta ST. And all the time you know just what's going on.

How do I recognise the JCW?

The front and rear bumper/apron units are entirely new. The front one has big intakes which incidentally leave no room for fog lamps, but there's ample compensation in the form of standard LED headlights as well as the daylight running rings. The back lower apron it looks like a diffuser around the twin central pipes, though there are no claims that it works as one. The sill covers and roof spoiler are bespoke too. Inside there are superbly supportive suede-effect seats and as you'd expect a whole lot of red splashes and JCW badgery.

It starts at £23,050. That's steep for a car this small, but considering the performance, fun and depth of engineering it's not scarily greedy, and you just know the buyers will make merry with the options: two levels of navigation, head-up display, driver aids, higher-fi, trim and paint. It's a special little thing but we wouldn't lavish so much more on it.