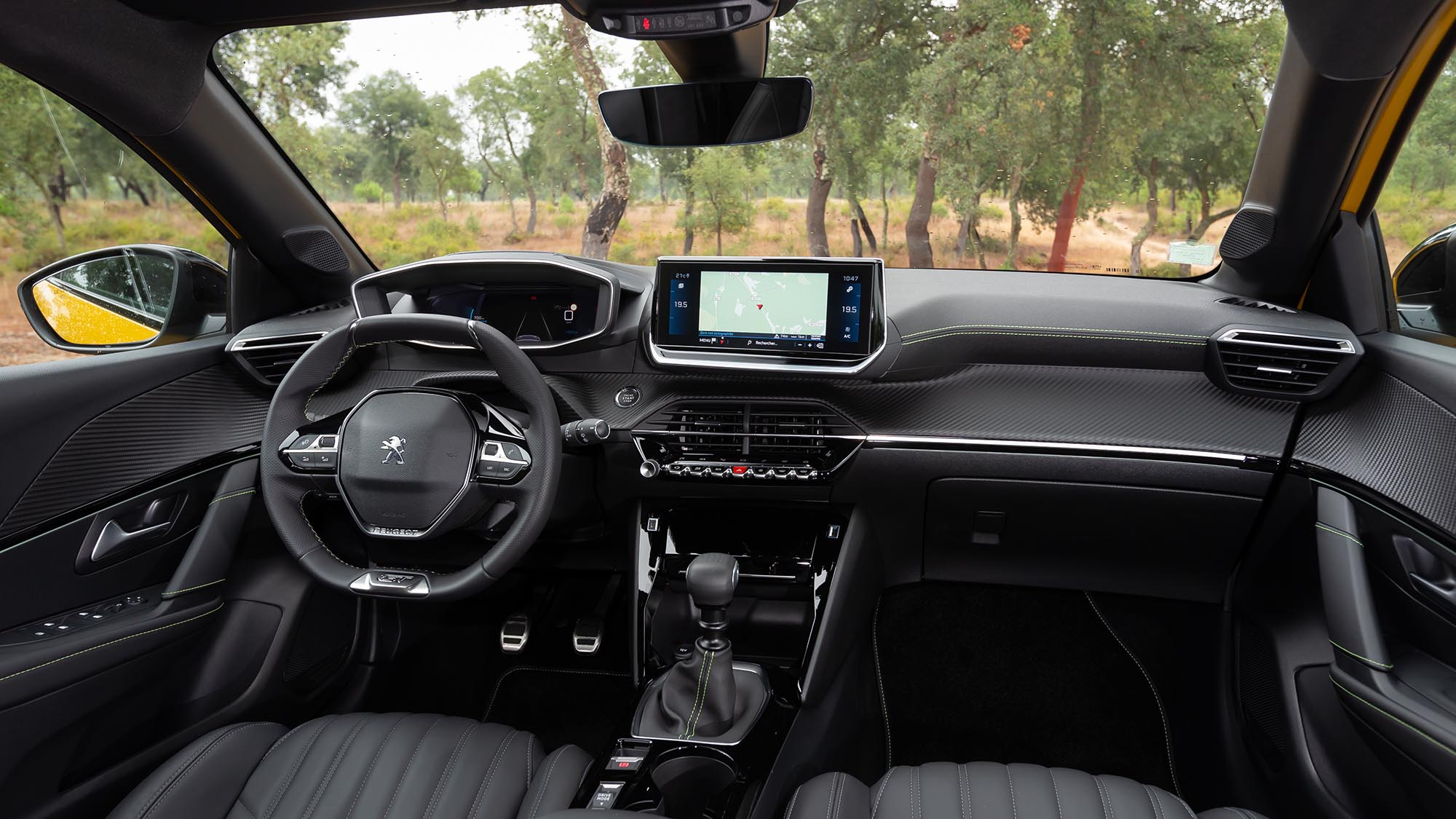 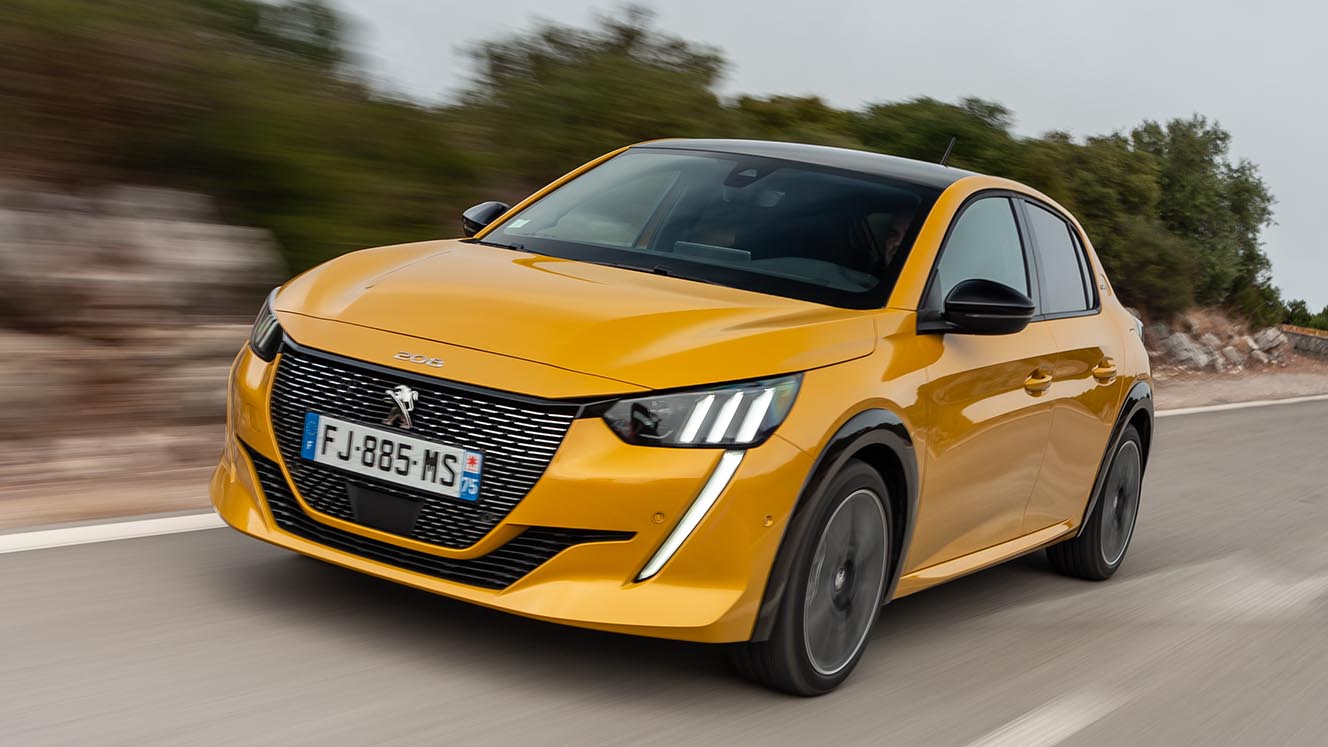 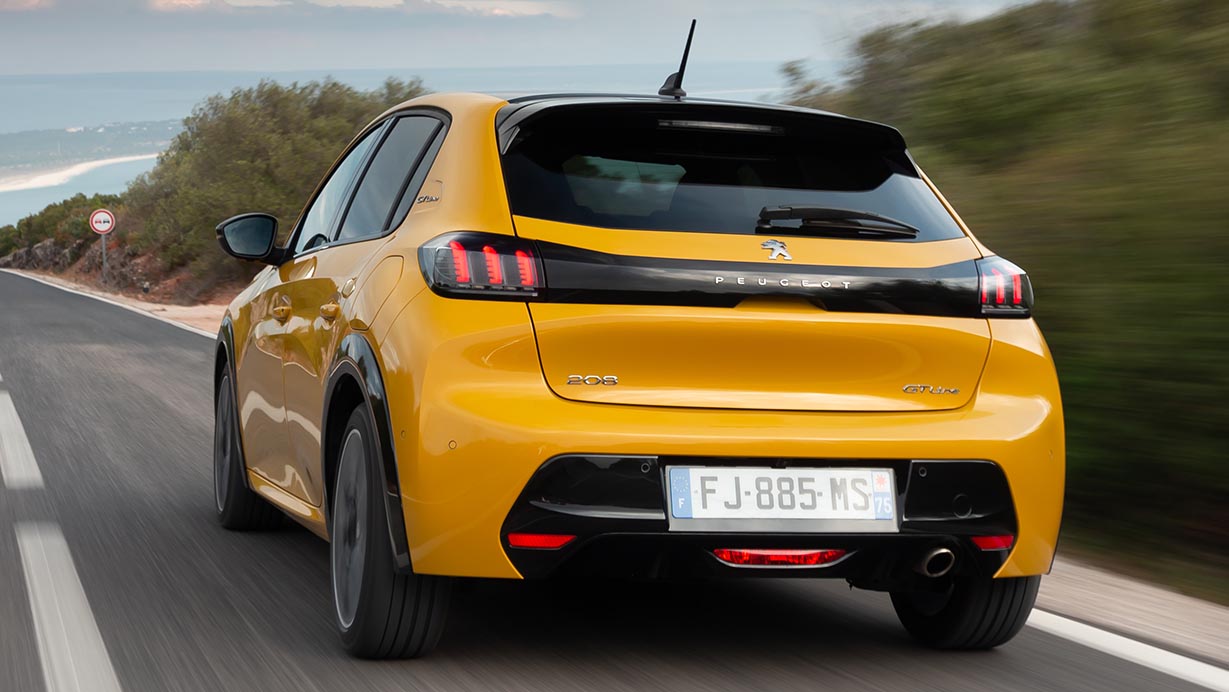 Peugeot claims the e-208 offers 340km, or 211 miles, of range on the more realistic WLTP cycle. The cars in test in Portugal, being subjected to a heavy right foot and copious air-con usage, claimed 290-300km of range when recently taken off charge (so, around 180 miles). Likely, the buzz of using Sport mode would quickly subside and if you’re sticking to Normal mode and using the re-gen copiously, Peugeot reckons an average supermini driver would only have to recharge once a week. Certainly, against the 130 miles offered by the Honda e, the e-208’s off in the distance. The new Renault Zoe meanwhile, is good for around 220 miles of real-world endurance.

At the e-208’s launch many charts and tables were presented which demonstrate that, over a four-year period, it’d be possible to make the total cost of owning an e-208 match a petrol 208. That’s because while the EV has a higher monthly rental, Peugeot reckons that’ll be equalled out by lower maintenance and parts costs, lower fuelling costs and incentives like dodging congestion charges and higher tax bands.

Course, a petrol 208 is likely to, in real life, cover higher average mileages than the more urban-friendly e-208, so the calculation isn’t as simple as that, but there’s no doubt Peugeot is conscious that pitching two models with different powertrains is potentially a confusing one, and promises buyers will be walked through their options in showroom and online to help them make the decision that’s most logical for how and where they use a car, not what’s most profitable for the brand.

Whichever 208 you’re tempted by, depreciation needn’t put you off. Peugeot says it’s had the biggest uplift on residual values for a supermini in two decades with this generation of 208, thanks to the perceived quality skyrocketing and the future-ready nature of the e-208. Time will tell if the market agrees, but Peugeot’s new approach of not heavily discounting at the point of sale appears to be paying dividends.

Cash prices start at £16,250 for a basic 208 with 74bhp and Active trim, which features only five gears rather than six, 16-inch alloys, LED running lights, electric heated door mirrors and in the e-208, automatic climate control. But getting one of those would be like booking a hotel in Vegas then staying in the airport hotel. You can do better. So, next up is Allure trim, kicking off at £18,850. This adds 17-inch rims, leather-effect trim and the 3D Cockpit, plus nattier LED tail lights. Well worth it.