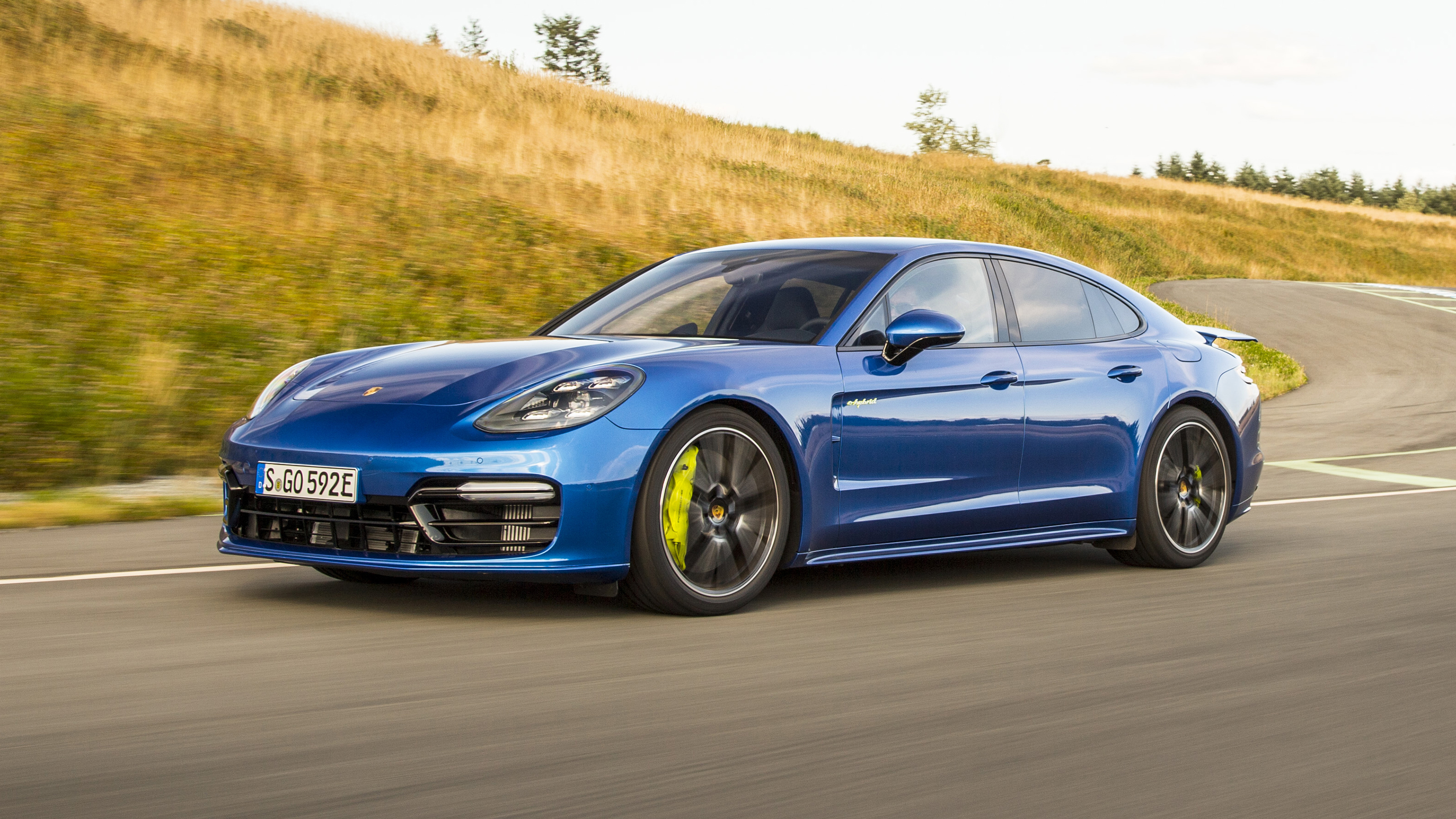 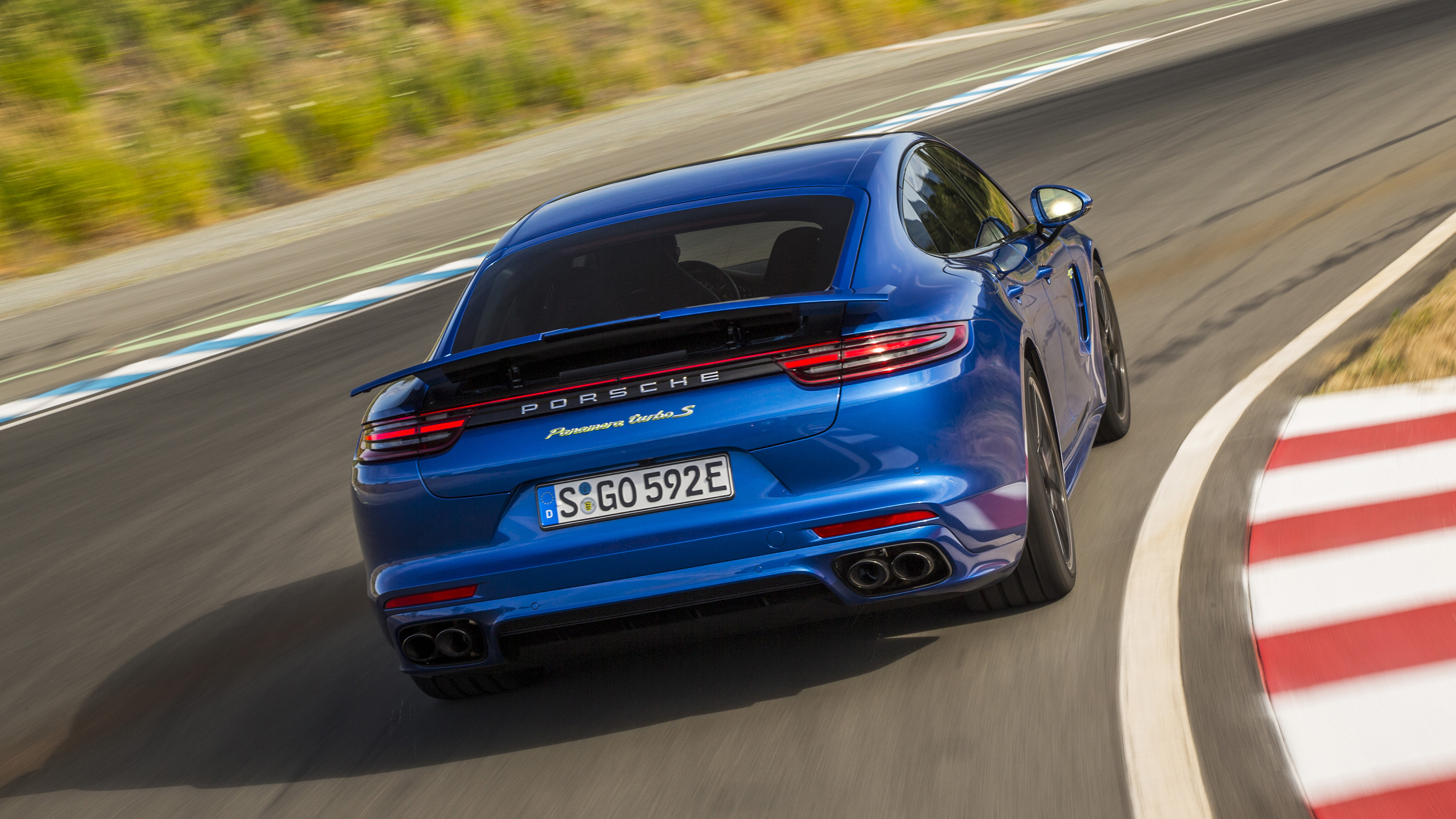 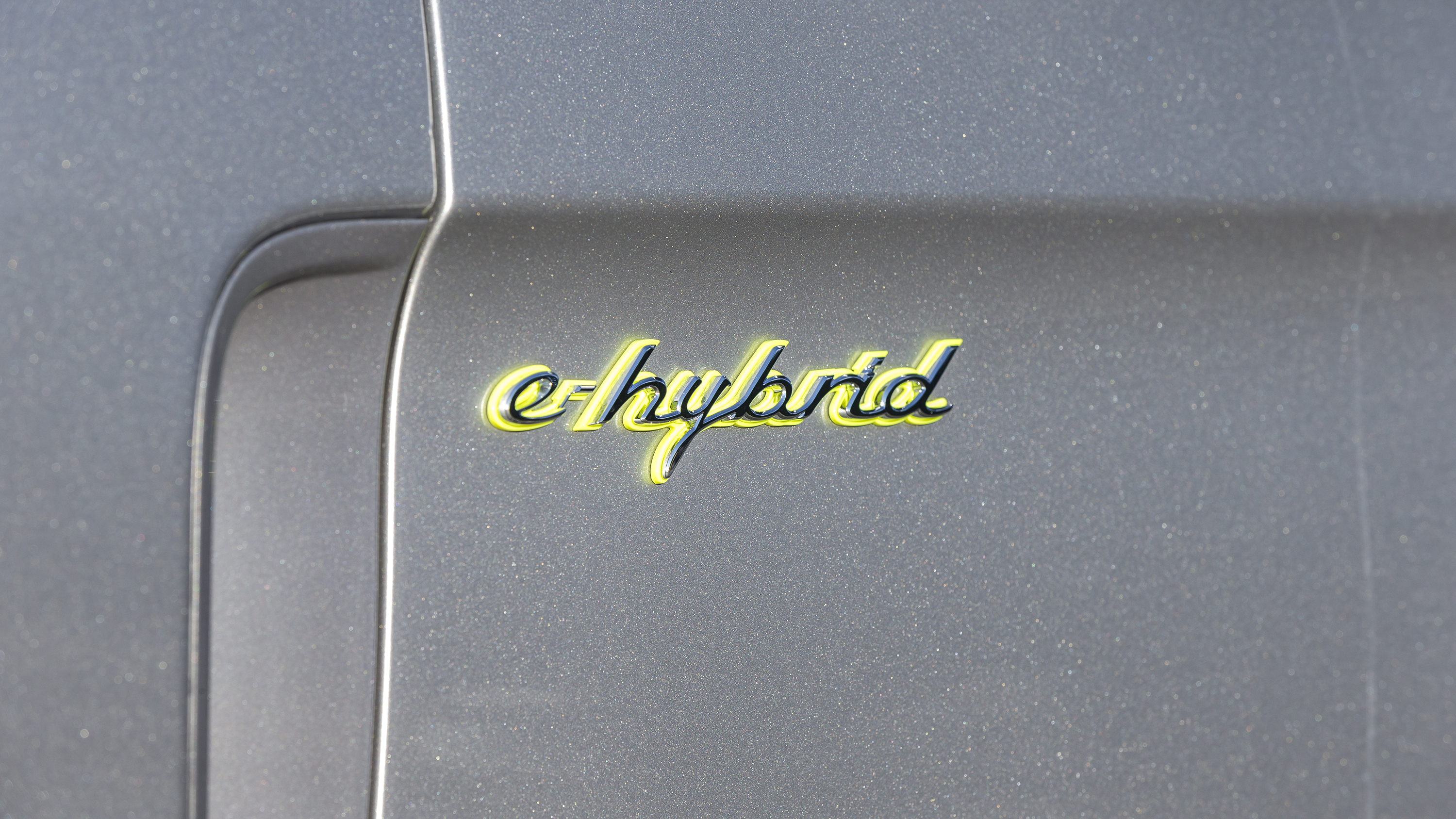 Which Porsche is this?

It’s the Porsche Panamera Turbo S E-Hybrid. Let’s just call it the PPTSEH, shall we? Still, thank your lucky stars it’s not a PPTSEHST. That’s the Sport Turismo.

On second thoughts, scratch that, as it is probably the one you want. It’s usefully more practical for just £2,147 extra, and that’s a drop in the ocean when you’re talking about this much money.

Which is how much exactly?

Ahem. One hundred and thirty seven thousand, one hundred and forty pounds. You can have the Sport Turismo bodywork for less than the GT Silver Metallic paint.

And you want the ST not only because it’s a little more practical, but looks a lot cooler – a hint of active lifestyle to go with the autobahn businessman.

But this isn’t that car, this is the new flagship saloon, the very fastest Panamera. And it’s a hybrid. You can still have a regular Turbo, and if you’re a petrol-veined sort it’s probably the one you want – you save around £22k, and it uses the same 4.0-litre twin turbo V8 engine as the Turbo S, only without the electric gubbins. Which saves a not insignificant 315kg. And it’s only 0.2secs slower to 62mph.

But what about this Turbo S?

Well alongside the 542bhp/568lb ft internal combustion unit sits a 134bhp electric motor, energized from a 14kwh lithium battery pack, that boosts total outputs to 671bhp and 626lb ft. That give the Turbo S a better power-to-weight ratio than the Turbo – albeit not a big advantage, with 294bhp/tonne playing 272.

So how does it behave?

It’s an interesting car. And it has perhaps the least dramatic 671bhp I’ve ever deployed. Which is simultaneously both impressive and disappointing. Start up is silent and electric, and provided you keep below 87mph, tread lightly on the throttle and don’t switch modes to Sport or Sport+, you can cruise about silently and satisfyingly for about 12 miles or so. Porsche says it’ll do 30, but not in London, it won’t.

Similarly, Porsche claims it’ll do 97.4mpg while putting out 66g/km of CO2. The latter you don’t have to worry about, just sit back and appreciate the £15 first year tax bill (and in your smugness, try to forget that from the second year onwards the list price means you’ll be paying £440). Fuel? You know as well as I do you won’t be getting 97.4mpg.

What will you be getting?

Well, a long-way-home drive one evening resulted in 23mpg – although to be fair it was up around the 30mpg mark before I got to the good roads.

Then on a regular 60-mile morning commute the following day it returned 38mpg. Which I thought was pretty good considering it ran using the 550bhp V8 for 90 per cent of the journey (I’d forgotten to plug it in overnight to charge the battery).

There are endless screens, flow charts and trip data that tell you exactly what’s going on, and it’s mostly navigable via the twin screens either side of the dash’s central dial, operated by twin scroll wheels on the steering wheel.

The cabin is dark, classy, and occasionally difficult to get on with. Having to press glass areas on the centre console rather than physical buttons is nice in theory and looks lovely, but not perfect in reality.

Let’s get on to the driving.

It rides well, it really does. But then at 2,310kg it’s basically applying the Bentley steamroller principle (incidentally, special mention here to the surf mode when you lift off which engages neutral and then manages not to lose any speed at all. For ages. Thank you 2,310kg).

It feels plusher than other Panameras, more cushioned over undulations, and that’s nice. And on sharper urban pits and pots suspension noise and harshness is well contained. It’s no Audi A8 or Mercedes S-Class, but then this is a sports limo, not a chauffeur limo.

A fast sweeper is where it’s at its best. Turning off the lane-keep assist means you lose steering inference (essential), but it’s still not like you get a lot of feel. And the Panamera is w-i-d-e. It copes with all this (until the roads get too narrow, at which point your speed and progress is naturally curtailed), but it’s not as nimble and dynamic as an E63.

This hinterland, between super-saloon and luxury barge, is where the Panamera plies its trade.

Despite the speed it offers?

Despite the speed it offers. Because as I mentioned earlier, the Panamera TSEH doesn’t feel that fast. Not enough drama is crammed into those 3.4 seconds of pulverising acceleration to 62. It’s a more Tesla-like sensation, but at least there you get the eeriness of silence.

Safe to say that weight does dent the urgency of the Panamera’s performance. Unless you have it all wound up in S+ and with a low gear, selected manually, there’s always a slight hesitation as gearbox or turbo sorts itself out before the Panamera surges off in its slightly empty way.

And surely the main point of having electric is to have instant response? But here 134bhp of electric has next to no effect on 2,310kg until 542bhp of internal combustion arrives. Put it this way, I found juggling the hybrid system just as engaging as unleashing 671bhp, which can’t be right can it?

No. So what would you have instead?

Tricky one, because there isn’t much like the Panamera, and if you’ve decided this is the car that best suits you, then go for it. Maybe have a look at a Merc S63 AMG? It’s more charismatic, more luxurious and £10k cheaper. But if you drive yourself, it’ll look like the rich chap’s missing. Same applies to a BMW M760Li.

So maybe that gives the Panamera a position. After all, an £85k E63 AMG clearly isn’t expensive enough. And it’s arguably too hectic, gives you too much excitement.

So the Panamera TSEH is acceptable to be seen driving yourself, conveys status and tells the world you care because it contains an electric motor. But mostly it’s a car to monster autobahns, to blitz from Stuttgart to Frankfurt with utter stability at ludicrous speed. Up to you whether you think that ability translates equally well to the UK.