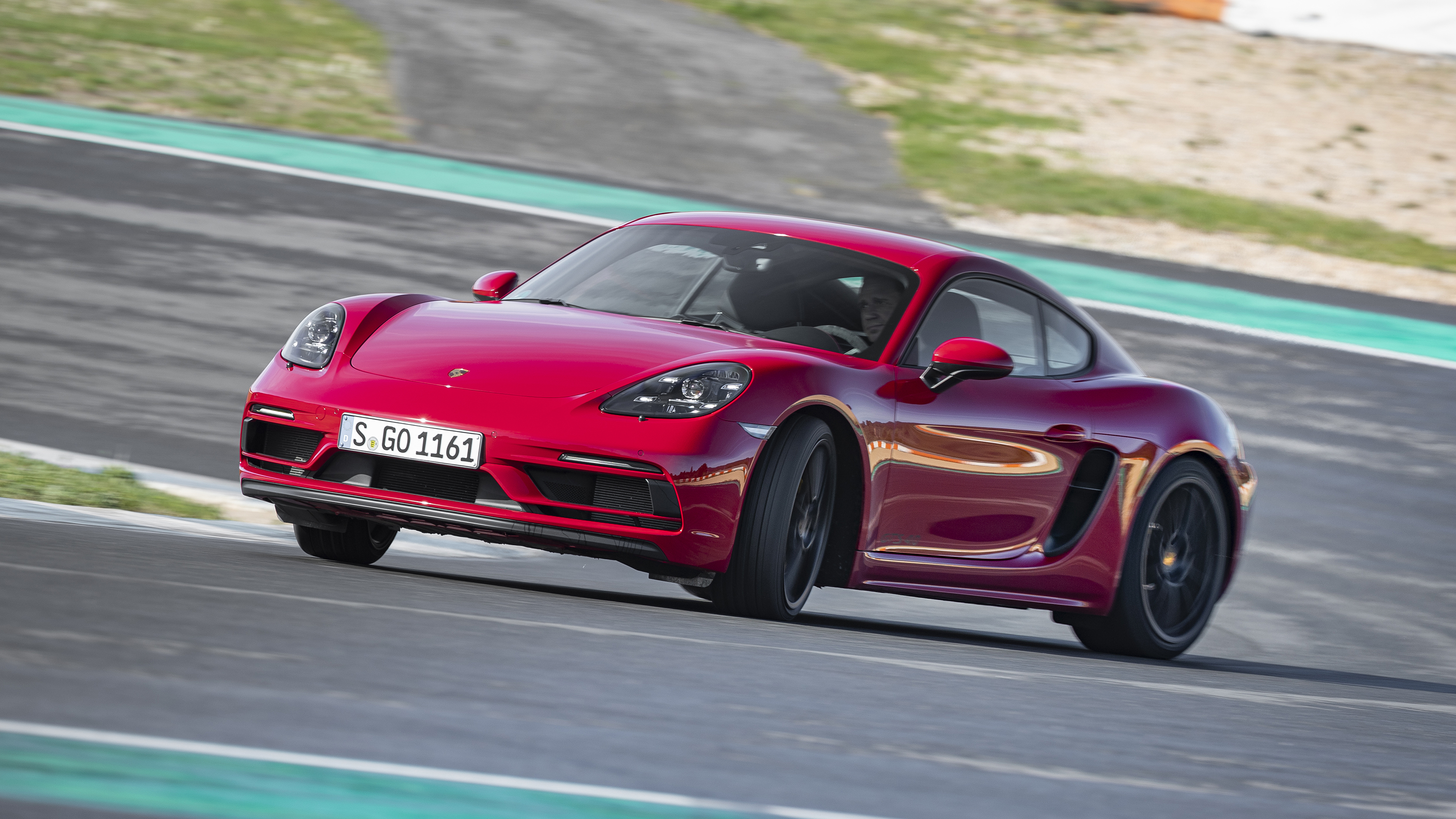 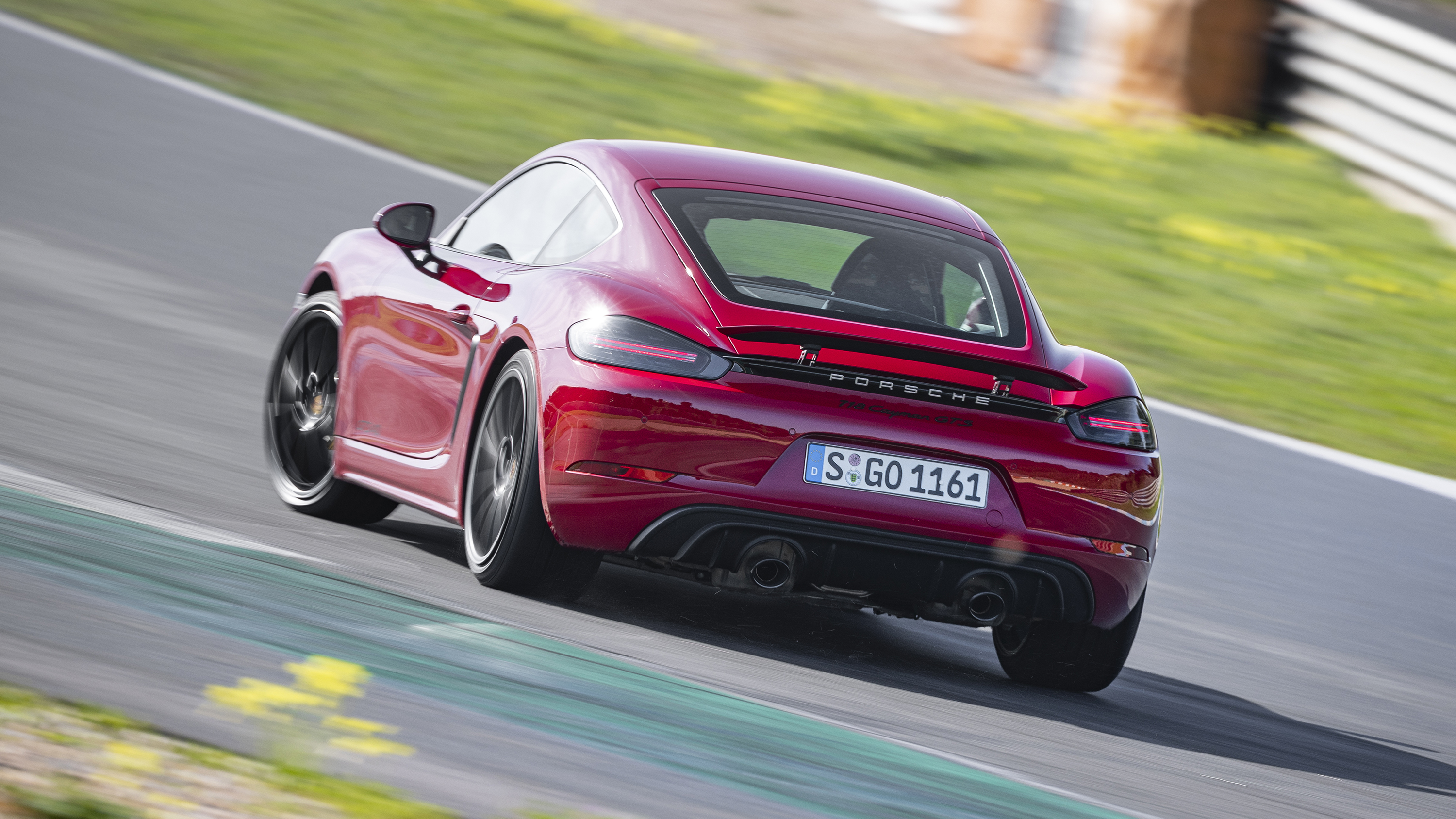 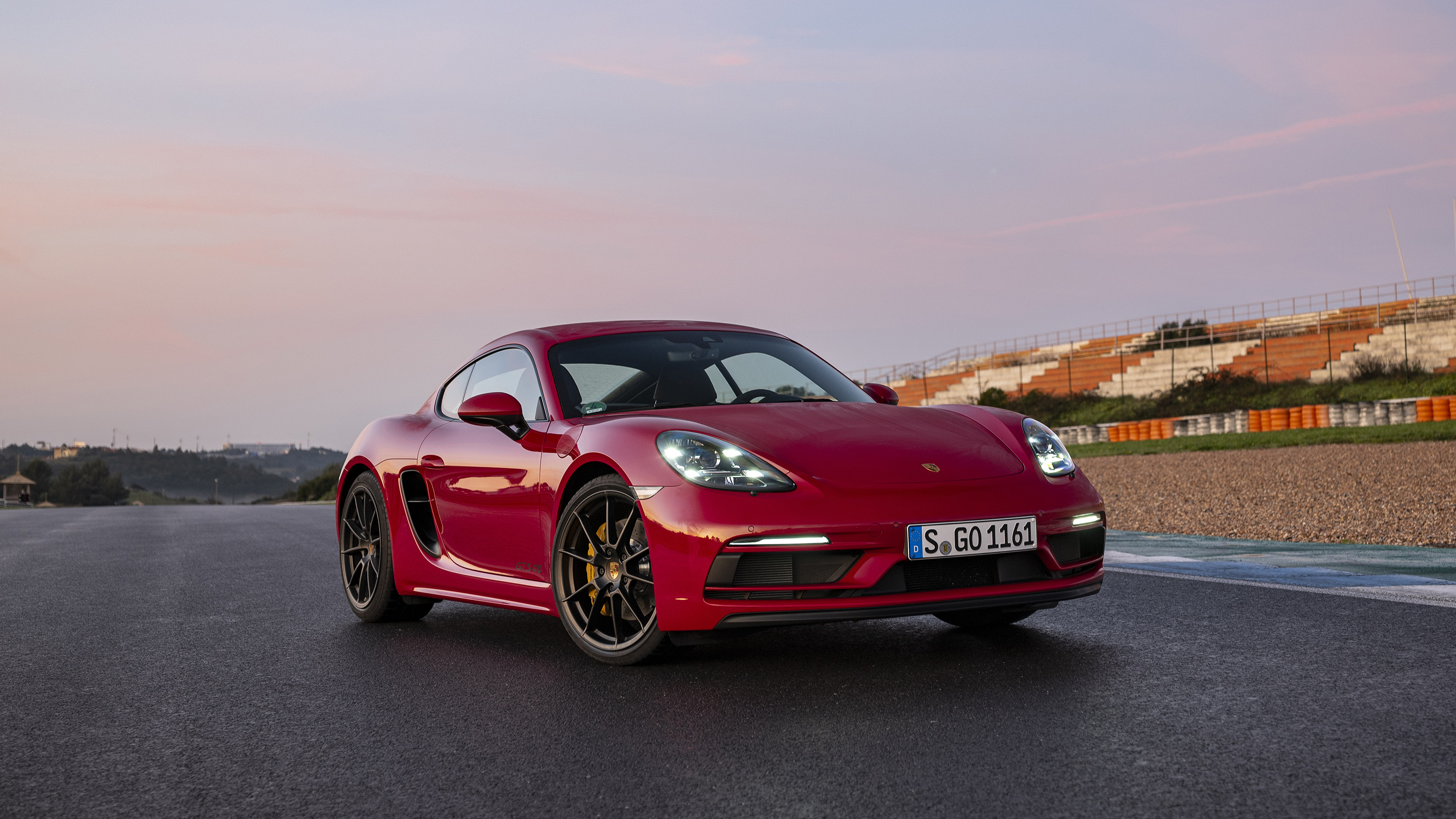 In fairness, Porsche has never been afraid of a big, public U-turn, a model some governments would do well to take inspiration from. Its latest – and perhaps greatest – backpedal comes in the form of this new 718 GTS 4.0. This is Stuttgart waving the white flag and acknowledging that, for enthusiasts at least, putting a turbocharged four-cylinder in Boxsters and Caymans wasn’t cool.

So the four-cylinder is dead?

Nope, it continues service in lower trim levels. Its diminutive engine size is so compliant with China’s stringent tax rules, that the 718 now holds an almost 90 per cent market share for two-seater cars there, while it’s snared an unlikely amount of first-time Porsche buyers elsewhere, as fans of effortless turbo power delivery step up from Audi TTs and Golf Rs.

Porsche knows people like us were left p*ssed off, though. So the 4.0-litre flat-six engine from the joyous Cayman GT4 and 718 Spyder has had a barely noticeable 20bhp lopped off its peak output (now 395bhp) before being tucked betwixt the GTS’s driver and boot space. Immediately, the Cayman we know and love is back. Albeit for a price beginning with a six.

Marginally. It replaces the 2.5-litre GTS but without its two turbos, it doesn’t suddenly jump up in on-paper performance. Its 4.5sec sprint to 62mph is a mere 0.1sec better than before, its 182mph top speed up a mere 2mph. We couldn’t care a single iota less, though.

Because it sounds better?

Oh, loads better. But it’s about so much more than noise, our love for this setup; it’s about how the more natural, turbo-free power delivery complements one of the best handling cars on sale. Alpine may have turned our heads with the wondrous A110, but having a proper engine back in the Cayman makes it a class-leader once again. Four-cylinder 718s have their own appealing character, an unsubtle pile of torque opening up their mischievous side at regular road speeds, though not always when you’ve planned for it in bad weather.

Here, you’ll be working the car deliberately hard before its hips loosen, making the sensation so much sweeter when they do. Torque is spread in a far more linear fashion, so if you like easy performance then the stock 718 remains your best call. This is the one to choose when you want to hunt every last rev, where you’ll be admonished for choosing the wrong gear but richly rewarded for picking the right one.

That means it’s a manual?

The 4.0 launches with a six-speed manual only, but a seven-speed PDK paddleshift transmission will appear towards the end of 2020. At which point it’ll take the vast majority of GTS sales, as it always has. But please, don’t be a sheep: this is a joyous, joyous stick-shift and you’ll be swapping ratios just for the hell of it. Good job, really, as this is as frustratingly long-geared as most of Porsche’s recent sports cars.

What else does the GTS badge bring?

The GTS sits 20mm lower than standard 718s, gets its own, specific 20in wheel design and inside there’s all the lashings of Alcantara we’ve come to expect from those three letters.

Want to spot a GTS 4.0 from the outgoing 2.5? Look at how the exhaust pipes sit (split on either side in the 4.0, paired together centrally in the 2.5) and how many fins are slotted into the side air intakes (one on the former, two on the latter). One to impress your next Hinge date with.

Carbon ceramic brakes and a softer suspension setup – which sits 10mm lower than standard – are among the extras but Porsche has otherwise ticked all the important boxes, not least the Sport Chrono system that brings a handful of driving modes, rev-matched downchanges and a Sport mode for the stability control.

You’ll particularly relish the latter and how it frees up even more access to one of the very best chassis ever made. Crucial, though, is what this better-endowed 718 GTS will make you do at lower speeds, when rambunctiousness is off the table: you’ll again relish pushing the sports exhaust ‘binocular-button’ and nipping the windows down an inch (or fliiping the Boxster’s whole roof off) to hear the flat-six burble against the nearest building. Phew.

Is this a fleeting special edition?

Happily, no. It would seem the dawn of electrified Boxsters and Caymans has been pushed back a little, with this flat-six limbo-ing under emissions regulations until at least 2024 – when this shape of 718 is likely to be superseded – with Porsche’s engineers confident it might stay legal to 2026 and beyond.

Numerous technologies help with this; this 4.0-litre has cylinder deactivation, with one whole bank of the engine disengaged at low revs (saving 11g/km of CO2, Porsche says) while a particulate filter limits the amount of filth falling out of those newly separated tailpipes while – inevitably – strangling their sound a bit. This doesn’t make quite as good a noise as flat-six GTSs of old. But that’s like saying Gamma Ray doesn’t go down as easily as Neck Oil. It’s still a fine beer. And, more so than ever with a properly sized engine in the middle, this is a truly fine car.