£69,553 when new
Read why you can trust our independent reviews 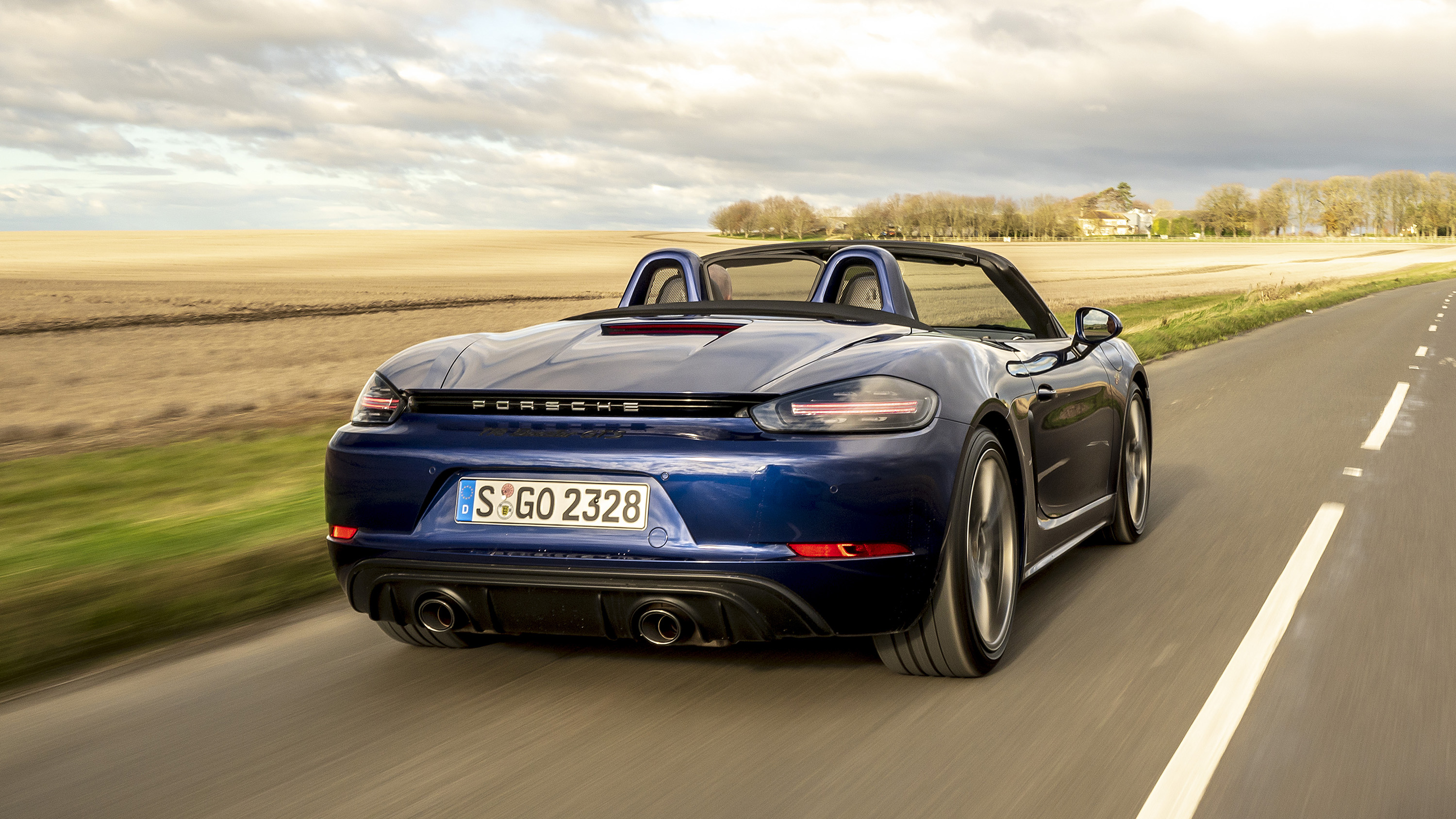 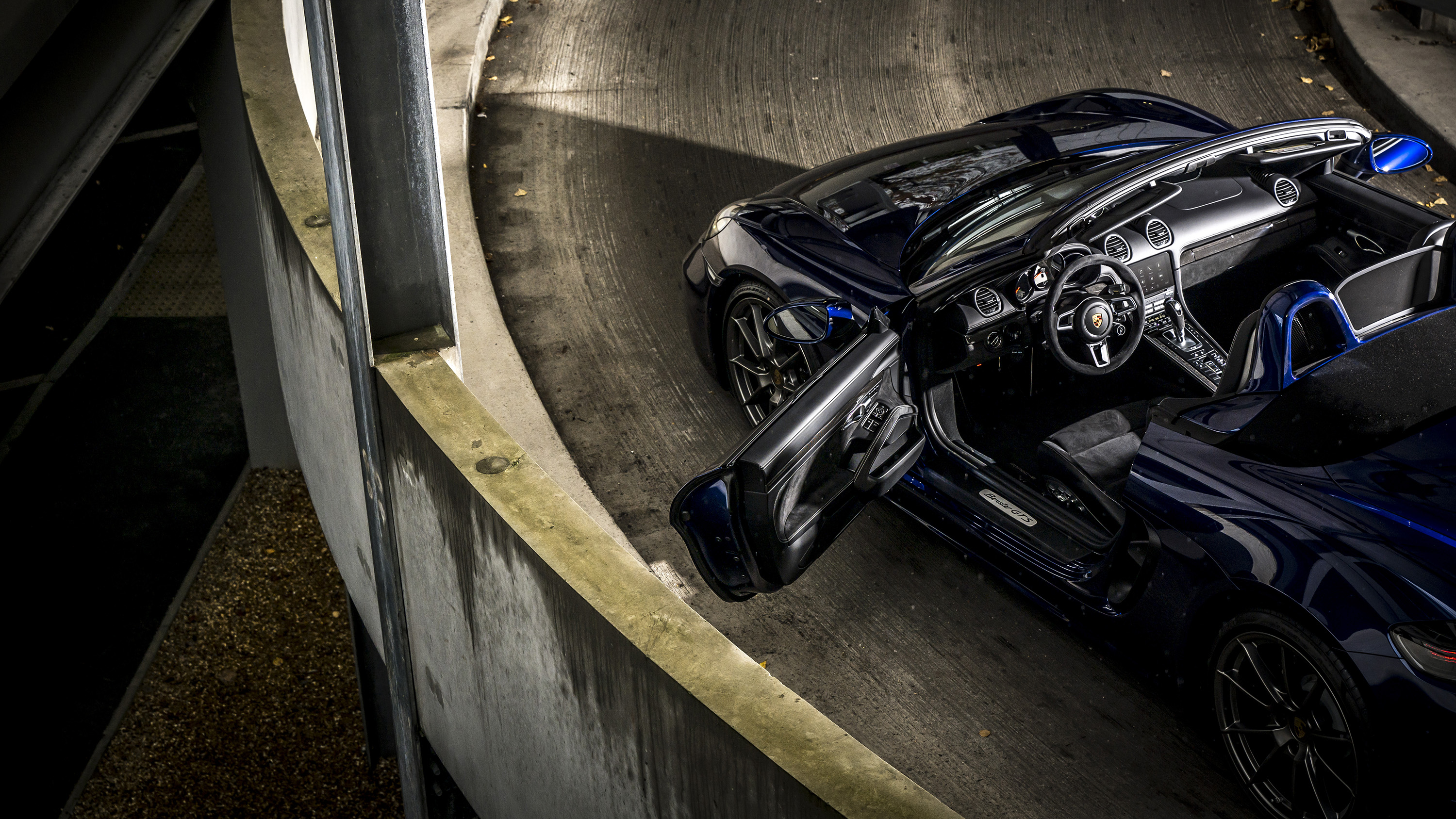 On the surface of it, nothing is new: we have a Porsche Boxster painted in a deeply classy colour, looking composed and assured on a British B-road. It’s a story now 25 years old, with only 2016’s plot-twist of four-cylinder turbo power to stop it being a fairy tale start to finish.

You’re looking at a 'proper' Boxster here, though, the GTS 4.0 which joined the 718 range in early 2020. It ousted the grumbly 2.5-litre turbo GTS from the Porsche pricelists in most countries (the 4cyl continuing in regions where the tax breaks are too good to ignore), and was initially sold only with a six-speed manual gearbox, to properly welcome back the purists with a warm hug. It was early 2020, don’t forget, when hugging was cool…

And you’re about to say this isn’t a manual…

Yep, Porsche has added a seven-speed PDK automatic to the configurator. It not only joins the 718 GTS 4.0 options list, but that of the Cayman GT4 and 718 Spyder too. It’s a bigger news story on those proper Motorsport models – and we’ll try them out in 2021 – but for now it re-joins the GTS range and will likely sweep up most buyers with it. The manual is a minority choice away from the 911 GT3 and Carrera T, and we’d expect nothing different from this newly paddleshifted 4.0.

So what are the stats?

PDK adds about 30 kilos in weight in £2,303 to the price (on either Boxster or Cayman). So before you’ve got busy with the interior trims and paints, the 718 Boxster GTS 4.0 PDK (phew) starts at £68,643. We’d wager on scraping eighty grand even if you’re sensible with the extras.

The GTS sits 20mm lower than standard 718s, gets its own, specific 20in wheel design and inside there’s all the lashings of Alcantara we’ve come to expect from those three letters. So not only do you get two more cylinders and double the engine capacity of an entry Boxster (or Cayman), you also get a bit more focus. Something it hardly lacked in the first place.

And the end result?

The GTS 4.0 sets the class standard in that smoothness the road-testing fraternity loves, where the response of every control feels identically weighted and throttle, steering, suspension and braking all seem to meld into one singular thought process. On a grimy, single-digit-temperature day it’ll also give you small handfuls of oversteer with little provocation, but it offers such flamboyancy without its driver walking a dicey trapeze. It’s friendly, forgiving and flattering.

With the complication of full manual gearchanges taken out the mix you’ll go even quicker than before, too, more able to stretch the GTS 4.0’s very long legs – second gear still redlines above the speed limit, a complaint you’ve likely read a dozen times or more – while the various Sport, Sport Plus and Sport Response modes (toggled via a dial on the steering wheel) link more neatly with automated shifts than manual, so you’ve additional flexibility when you wish to explore the 4.0’s fairly deep performance reserves.

To quote m’colleague Tom Ford about the manual 4.0 during Top Gear’s Speed Week 2020, “the Boxster is precision. It is rationality. It handles most adroitly, is likely the fastest in most situations. It is the car that you would buy if you take all things into account, average them, and make the ‘correct’ informed choice".

Which, in the funny old world that is performance cars, can all be construed fairly as ‘a bit too professional’. My afternoon in the Boxster was bookended by a four-hour round trip in a Morgan Plus Four, a car which made me giggle like an oaf in a way this paddleshifted Boxster rarely did. But then the Porsche’s roof doesn’t leak in sheeting down rain, its dials won’t fog up behind the glass on a cold day and its stereo can be heard above 60mph. Rationality doesn’t make the most thrilling first impression, but it’ll be something you cherish in the years of ownership to follow.

And rationality is what the PDK ‘box brings more of to the Boxster, adding even more polish to a car already fit for a colab with Mr Sheen. It’ll be a breeze to live with, and yet I’m one of those curmudgeons who’d stick with the slower pace, higher effort and slightly poorer fuel economy of a manually shifted GTS 4.0. The vast majority of buyers will likely go paddleshift, though, and I doubt they’ll regret it one bit.