£76,430 when new
Read why you can trust our independent reviews 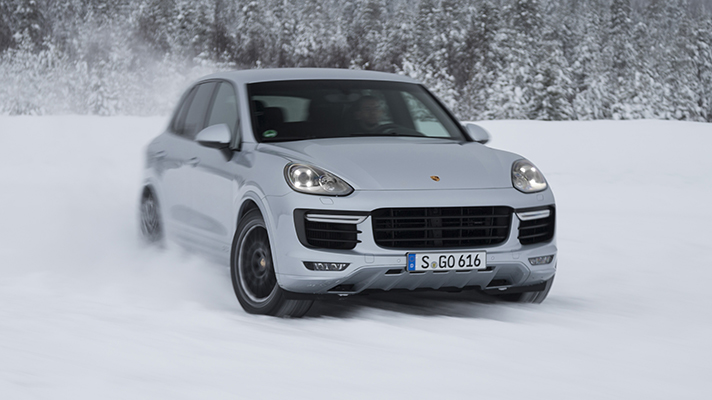 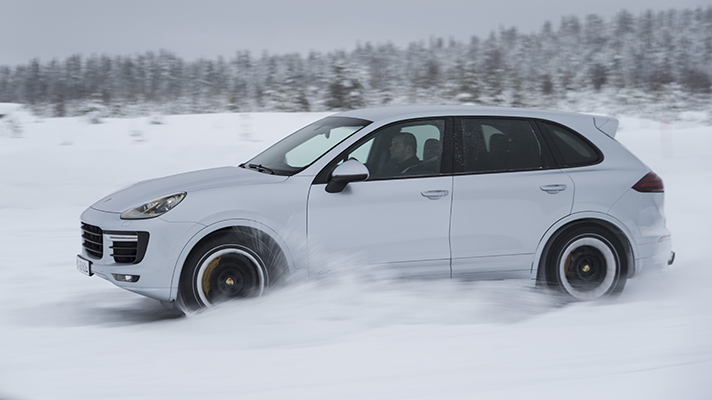 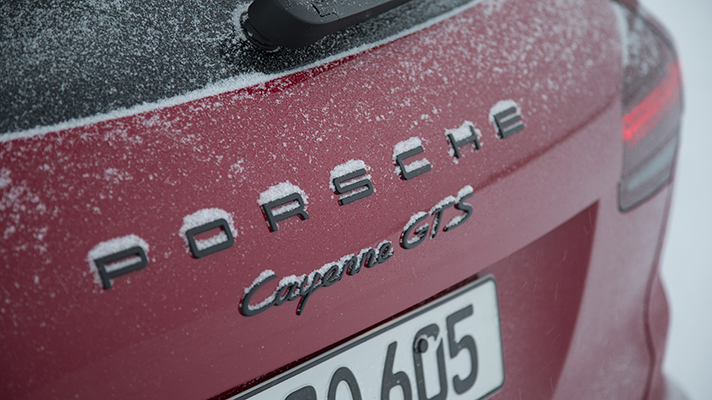 The new ‘purist's Cayenne', the GTS.

The GTS has, since 2007, aimed to be the serious driver's Cayenne. It pinches the aero kit and brakes from the Turbo, slams the ride height, and shoehorns in a razor-sharp, naturally aspirated V8 that's a smidge more powerful and angrier-sounding than the other Cayenne Ss in the Waitrose car park.

Well, that's what it used to be. For the facelifted 2015 Cayenne GTS - spot the wider front grilles, slimmer front and rear LED light units and 918 Spyder-style steering wheel - things are rather different.

The engine. Naturally aspirated, rev-tastic V8s are not long for this world, and as of now, the only new Porsche that still offers such a scintillating engine is the Panamera GTS. The Cayenne GTS has switched to a 3.6-litre twin-turbo V6, in the name of increased overtaking punch and lower CO2 emissions.

Power is up 20bhp to 434bhp, while torque climbs by 63lb ft to 442lb ft, shaving half a second off the car's 0-62mph sprint. Spec the Sport Chrono pack with launch control, and you save another 0.1 seconds, meaning 62mph from standstill takes 5.1 seconds, with a 162mph top speed.

Meanwhile, fuel efficiency is up by 2.2mpg, meaning this five-second Cayenne will officially crack 28.2mpg. Officially.

Porsche's engineers admit that increasingly strict CO2 laws, not fuel-savvy Cayenne customers, are the main catalyst for the V8's death, Admirable though a 21g/km CO2 saving is, there's no doubt it's more about impressing politicians than it is customers. RIP, V8.

Is it any good to drive?

It's a Cayenne, so it's still an agile, bludgeoning large SUV benchmark, and the GTS's 24mm suspension ride height drop (20mm lower with the adaptive suspension) permits further rude hand gestures towards the laws of physics.

But given the limits are so high, and we only got the chance to drive the GTS in frozen-over Sweden, it's difficult to really pick apart the minutiae of the benefits.

Yes, it's a very chuckable leviathan that reins in a two-tonne girth with relative ease. Switch off the PSM and it's wonderfully tail-happy, much more so in fact than the blunter Cayenne Turbo S.

It also exhibits surprisingly sharp throttle response - not a patch on the old V8, but noticeably more immediate than the Cayenne S. It even sounds the part, without resorting to piping a V6 blare in via the hi-fi.

But there's a niggle that refuses to leave you alone as you punt along in the GTS, with the V6 gargling in the middle-distance: what, exactly, is the purpose of the Cayenne GTS.

Couldn't you make that point of any fast SUV?

Yes, true, but people keep on buying them, so that's almost moot. More crucially, the GTS struggles to make a case for itself alongside its own talented brethren.

The old GTS, and indeed, any recent Porsche to bear those initals, had a really clear, set identity within the Porsche range. Naturally aspirated, sprinkled with a few choice extras, and focused on offering the optimum driver's experience, rather than outright speed. The sweet spot, in other words.

Now the Cayenne GTS has gone turbo, though it is indeed a more tractable, less thirsty car than before, it now feels more like a gap-filler - a plug to sit between the S and the Turbo. In fact, the engine is just a recalibrated version of the Cayenne S and Macan S's engine. No new pistons, cams or puffers - just a software rehash.

And that's why it just doesn't ooze as much star quality any more. If you're splashing £72,000 on an SUV, you'd want some fairy-dust for your outlay, right?

So what would you recommend?

How about the Cayenne Diesel S? If you want a Porsche SUV that sounds lusty, goes like stink and costs a little bit less to run than you might imagine, the 627lb ft Diesel S is your car.

It's faster than the original Cayenne Turbo V8 in a straight line, and is good for a claimed 35.3mpg. It's also £61,474 - a whopping £11,049 cheaper than the GTS. Okay, you don't get the Turbo's bodykit and brakes thrown in, but it's easily the more resolved all-rounder.

Is the GTS still Porsche's purist SUV? Well, the man in charge of the Cayenne family's engines, Jürgen Burckhardt, admitted that it he were to pick one Cayenne to drive, it'd be the Diesel S, not the GTS or Turbo. Previously, Burckhardt was in charge of the 918 Spyder's V8, so what he doesn't know about enthusiast-pleasing motors isn't worth knowing. And yet he reckons, as Cayennes go, diesel is where the smart money sits. Ouch.


So does this Cayenne make any sense at all?

Afraid not. If the GTS no longer serves a clear-cut purpose beyond stemming the gap between two already well-sorted cars, why not quietly retire the badge from Cayenne duty? Keep it for lower, lither Porsches. After all, Porsche is no stranger to that policy: it still refuses to commit to building a new 911 GT2 on the basis that with rear-drive, such a car simply couldn't outrun the cheaper AWD Turbo.

In isolation, the Cayenne GTS is another engineering triumph from the team that first made 2000kg tanks handle like hot hatches. It's fabulously appointed and drives sublimely, at least on sheet ice and powdered snow. But until it conquers this newfound identity crisis, the connoisseurs ought to try a different tipple.