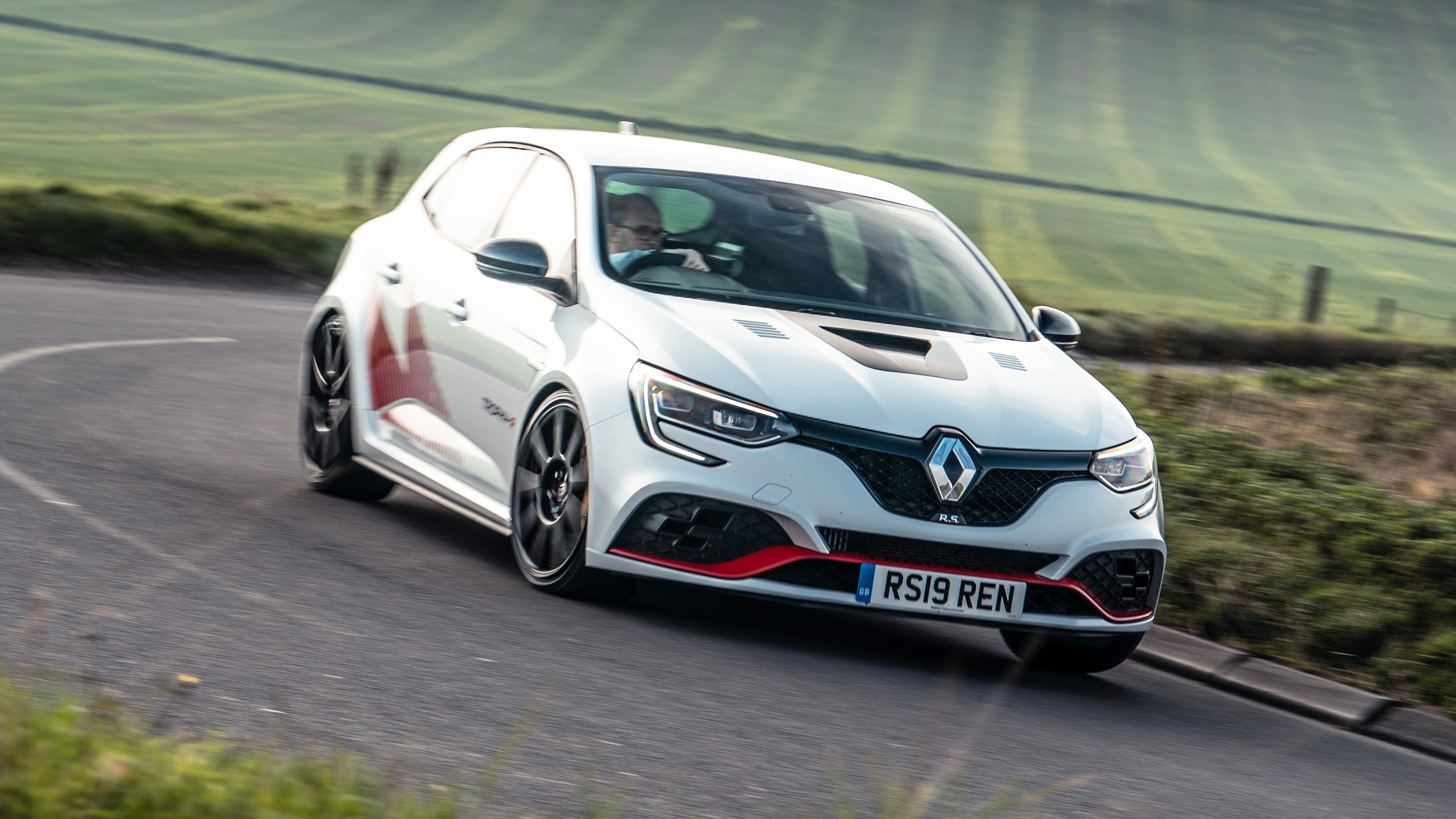 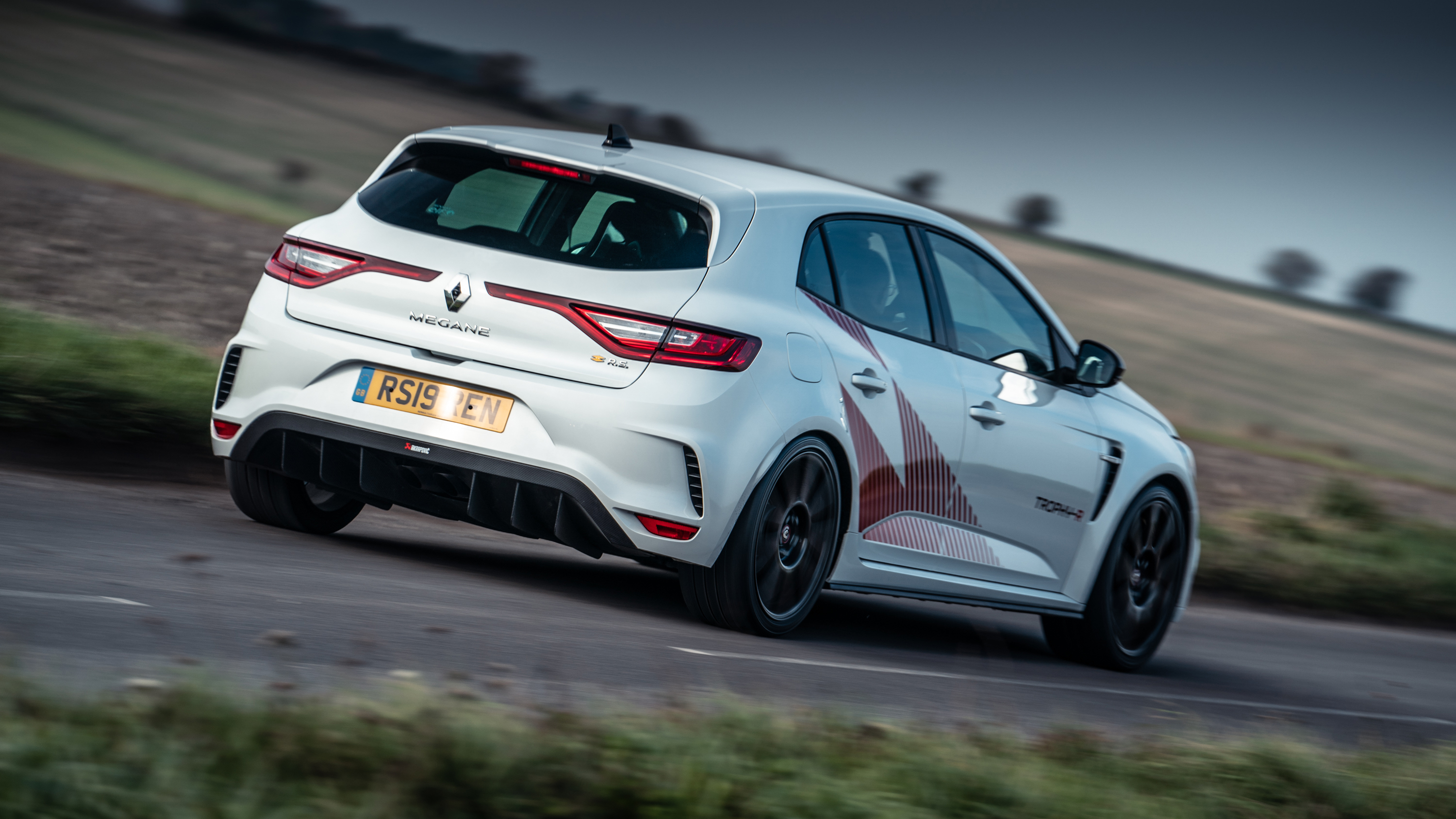 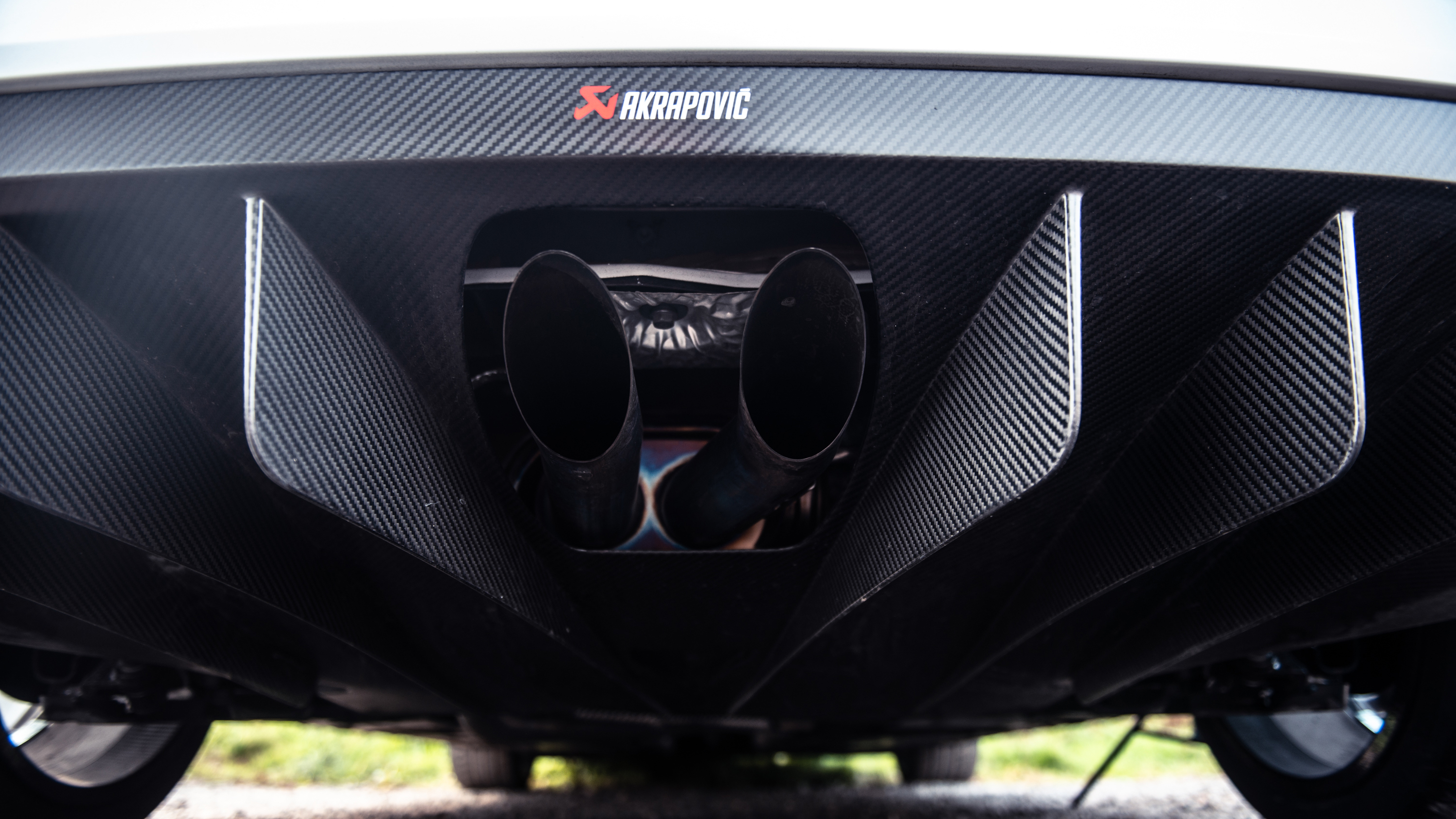 Ah, one of those silly two-seat hot hatchbacks…

Yep, it’s the Renault Megane RS Trophy R, the third instalment of ‘Ring-beating Renaults that can’t take your kids in the back. This one has a bigger hurdle than its mere two seats, too: a £72,000 price tag if you’ve gone for this big-dog version with carbon wheels and ceramic brakes.

Mind, only 30 of the Trophy R’s 500-strong production run costs Cayman GT4 money, and they’ve all sold out. If you want to buy Renault’s priciest ever road car you now have to settle for the £50k base version and add a few options if you feel like it’s offering too much value for money.

Those agonisingly fragile-looking wheels? Um, £12,000. You could buy an entire Megane 250 Cup and have all the fun you’d ever need for that sort of cash. And you’d get back seats.

So this one’s a total indulgence.

Well, yeah. But so are all new performance cars. And this one truly is among the very best, at any budget. An achievement all the more marked given how underwhelming the lowlier versions of the Megane RS have proved thus far.

Lightweighting. It’s the magic serum to make any car quicker, nimbler and more efficient. Crucially it’s seen the Megane RS – overcomplicated in its latest generation with the addition of four-wheel steering – return to simpler, more purist roots, losing 130kg in the process.

So a 1.8-litre turbo four drives the front wheels through an aggressive limited-slip differential, as it ever did, but it’s only the front axle that steers. A six-speed manual gearbox is your only transmission option. And big brands have been called upon to take care of vital components they specialise in: Öhlins do the manually adjustable suspension, Brembo the astonishing brakes, Sabelt the superlative bucket seats (with optional race harnesses). This is route-one RenaultSport special, but what a route.

It’s a track weapon, then.

Sure, and up until now that’s where we’ve driven it. It serves up an intense, exhilarating experience that’s got the measure of just about anything that wears number plates. But now’s our first time driving it on the road, and on cold, damp, autumnal UK roads at that. Single-digit temperatures ought not to be the friend of a frenetic trackday special on serious tyres.

It serves up a breath-taking hit of endorphins that even its scintillating ancestors – the Megane R26.R and 275 Trophy R – can’t compete with. It follows their recipe to the letter, and in truth either will be a better judged road car that you’ll push harder, more of the time. It’s the extra power, focus and downright madness of this third-gen Mega Megane that makes it, though.

The frenzied scrabble for grip as you try to use all of second gear on tepid tarmac. The extreme twitchiness as the back axle viciously lightens from the outrageous force those those jaw-dropping brakes apply up front. The violent pull out of corners when you really get that diff hooked up. It speaks volumes that the car I was reminded of most by this Megane, as I attempted to tame it on a tight, leafy British B-road, was the Ferrari 488 Pista.

Only if you want it to be. Turn the ESC off and you’ve got to pay attention if it’s not a bone-dry day, but leave it on, keep the powertrain in its quieter, comfier mode and this is a completely plausible daily driver.

There’s CarPlay, a semi-decent stereo, climate control and glass windows all round. None of these have been guaranteed in Mega Meganes of old. If you wish to calm down, the Trophy R calms down with you. Sure, it demands all of your attention when you’re driving it hard, but it always sings to your tune and only fights back if you antagonise it. It is – without compromise – a driver’s car. One you absolutely want to raise your game for; the depth of its talent is so obvious, it’ll become your daily mission to do it more justice.

I assume the ride is firm.

Unrelentingly so, but not at the expense of body control, and it’s not really any fiddlier over urban lumps and bumps than the stock RS Trophy. We drove it with its manually adjustable Öhlins dampers in roughly the middle of their settings (eight clicks out of 20 up front, nine at the rear), so a good disrtance from their softest. The ride was entirely bearable but with room for more comfort – or focus – depending on where your priorities lie.

Our initial review of the Trophy R saw it score 8/10, a higher mark held due to its faintly ridiculous price and while we awaited whether it was bearable on road or not. Well, the mega-bucks spec has completely sold out and it’s tolerable on the daily grind. And pleasingly wild when you’re really giving it some. Score raised.

Hell yeah, and it won’t ever let you forget it. The squeal of its brakes at low speed, its boomy, neighbour-rousing idle, the popping and spluttering of the exhaust in traffic, the tangibly thinner sound deadening. It brings the drama of a racecar to something you can drive easily over speed bumps and leave in less salubrious car parks without fretting. You’ll worry about those poor little carbon wheels at first, then remember it’s a weeny little Megane that still has a parking camera. You’ll forget they’re worth as much as a brand-new Clio.

There’s an innate superstar quality that can accompany you on even the most fraught or mundane of journeys, the kind you’d never take your Pista on. And it’s a hot hatchback of a wildness and effervescence that we need to appreciate now. A RenaultSport insider recently told us that the Trophy R has arrived relatively early in this Megane’s life in order to dodge stringent emissions regulations that lurk peskily around the corner. And which appear to be leading all future hot hatches down an electrified path (just ask Peugeot).

I simply can’t imagine a plug-in car being able to recreate just how feral this thing feels; an EV will be too quiet and smooth, a hybrid unable to even dream of weighing 1,300kg. This is a car we’ll talk about in reverential tones in the not too distant future. Seventy-two grand for an all-time great? It’s an absolute bargain.