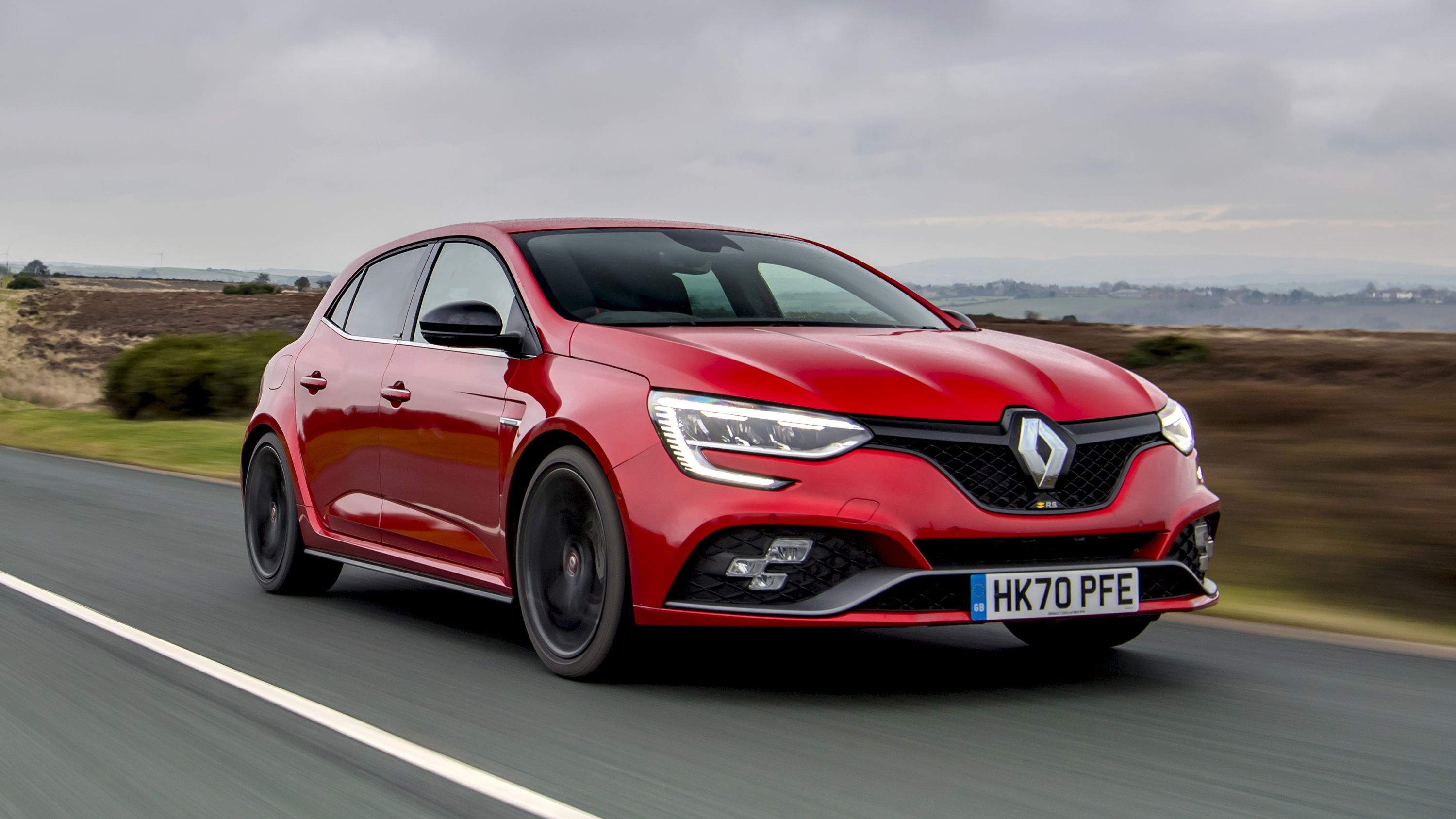 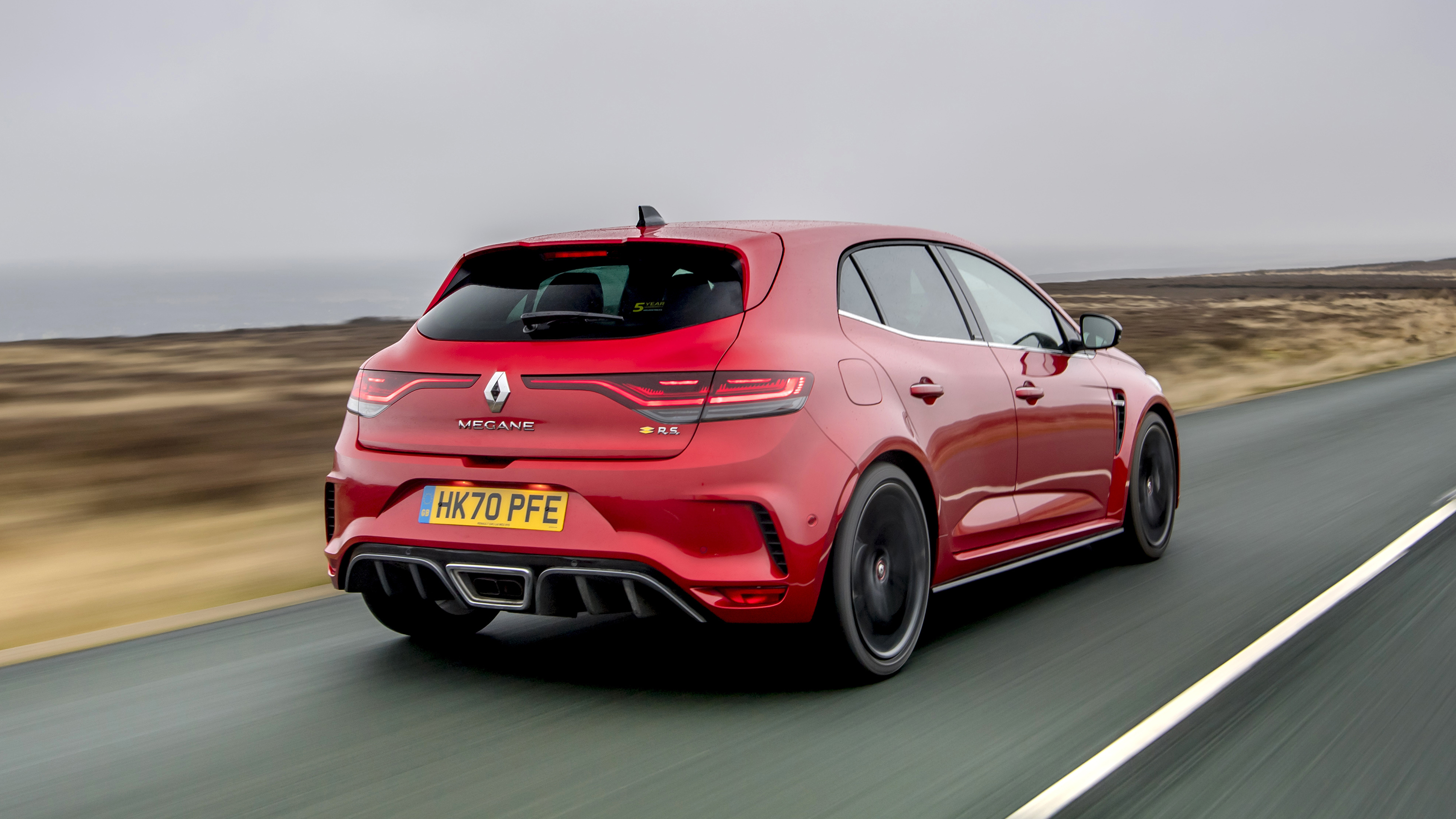 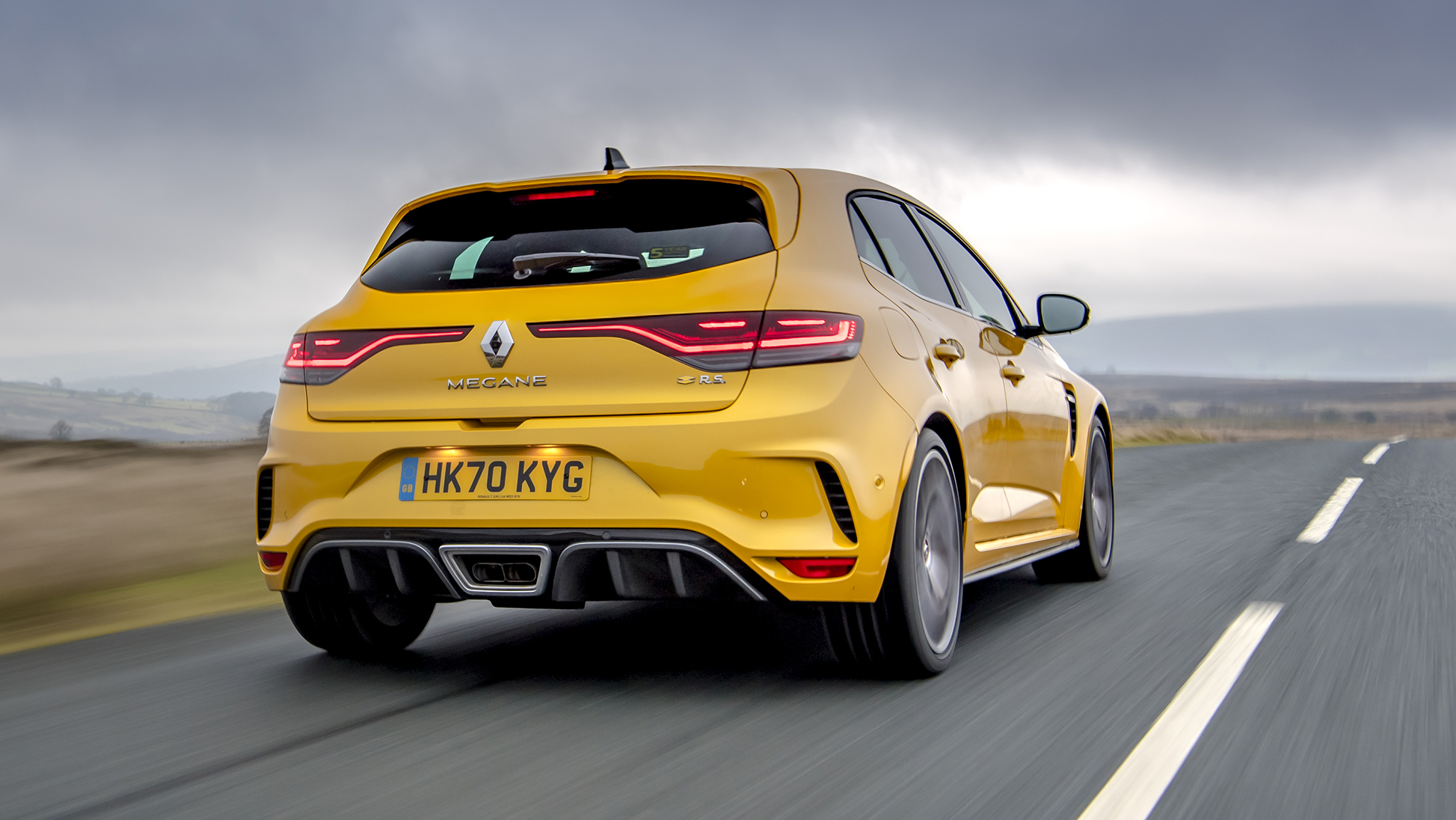 1 / 20
Advertisement
“Rear-steering Megane RS has a charm, if you like your hot hatches firm, edgy and demanding attention ”

Welcome to Renault’s latest take on ‘how a family car that’s drunk too many cans of Cow-Themed-Glucose-Energy Drink should behave'. In this game, you need a USP – that’s Unique Selling Point, for those of you not from an estate agent persuasion.

Buy a Hyundai i30N and you get loads of modes and a massive warranty. The Honda Civic Type R’s ace in the hole is supreme track performance. The Golf GTI’s trump card has always been the opposite – no gimmicks at all.

So, what can Renault bring to the party that’s shiny and interesting? Rear-wheel steering, that’s what. The Megane RS is the only car of this size that’ll swivel its rear wheels when you operate the steering, making the car feel more agile and lively in tight bends, but supposedly aiding its stability when you’re intercity cruising. Clever.

Does it actually work?

Well, we’ve not been huge fans of the ‘4Control’ system so far. And neither has Renault itself, because when it converted the standard Megane RS into the hardcore limited-edition Trophy R version back in 2019, it junked the system to save weight.

That’s right – this isn’t a brand new car. This generation of Megane RS has been with us since 2018, but updates for 2021 are supposed to have made it simpler to spec, and better.

Chiefly, you can’t get a manual gearbox any more. Sacrilege? Not really – the six-speed manual ‘box previously fitted as standard was a woefully notchy bag of bolts. Besides, automatic hot hatches are what the people want – DSG Golf GTIs outsell the stick-shift, and even Hyundai and Ford have recently caved in to pressure and stuck autos in their superhatches.

Both versions – the standard RS 300 (in red) and the Trophy (yellow) – now share identical power outputs. No 275bhp entry-level engine any more. Here we’ve 296bhp on tap from the Alpine A110 sports car’s 1.8-litre turbocharged four-cylinder engine, driving the front wheels via a six-speed twin-clutch gearbox. Spend £4,000 extra on the Trophy to snaffle a mechanical locking differential - it, and the the stiffer suspension of the Cup chassis, no longer make it anywhere else in the range.

Trophys get the Cup chassis as standard, a valve exhaust system, and 19-inch rims daubed in dubious red highlights. So passers-by will hear and see you’ve bought the more extreme one.

Unlike the old Megane RS, which was only sold as a coupe-fied three-door, the current generation is a more family-friendly five-door flavour. Prices kick off at £33,000 for a standard car, and a top-spec Trophy with some toys lands the wrong side of £40k. German hot hatch money, then, but Renault has one of the finest track records of any hot hatch maker out there, the Megane RS is festooned with toys, while its flared arches and pert tail make it one of best-looking hatches money can buy. Everything to play for, then… 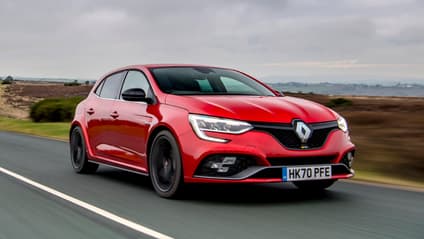 “Like your hot hatches with some bite? Get a Megane RS while it's hot”

The family-sized hot hatch battlefield is jammed with talent at the moment, so a few flaws can quickly send a car tumbling down the pecking order. The Megane RS’s stiff (non-configurable) ride, the tricky cabin interfaces and the haphazard rear-steer system are enough to pitch it below the likes of the Honda Civic Type R, Hyundai i30N and Ford Focus ST in Top Gear’s billing.

Make no mistake, this is an aggressive, entertaining car with flair and character, giving its own take on the recipe, and aiming to annoy anyone who’d just lazily plump for a Golf GTI in the process. For a select few, the Megane’s edginess will be just the tonic they need.

There is latent genius in this package – the spectacular Trophy R proves it, but a hot hatch should be the ultimate happy medium. And given the stock Megane is far from a class-leading hatchback, and the RS upgrades are marmitey, the result is a flagship version which doesn’t quite hit the spot. Still tempted? It is very handsome after all. Keep the spec simple to help the ride out – and be brave with the paint choices. 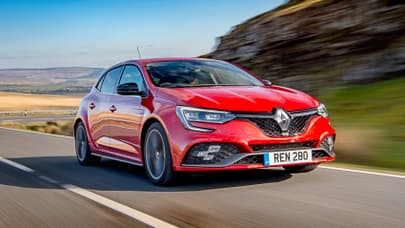 Renault Megane RS review: does it work with a paddleshift? 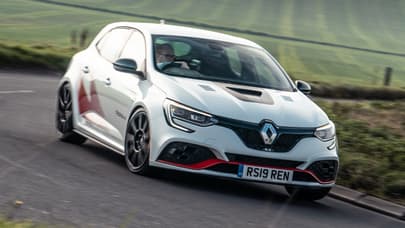 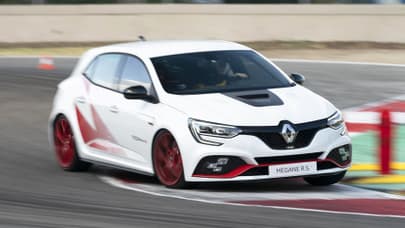