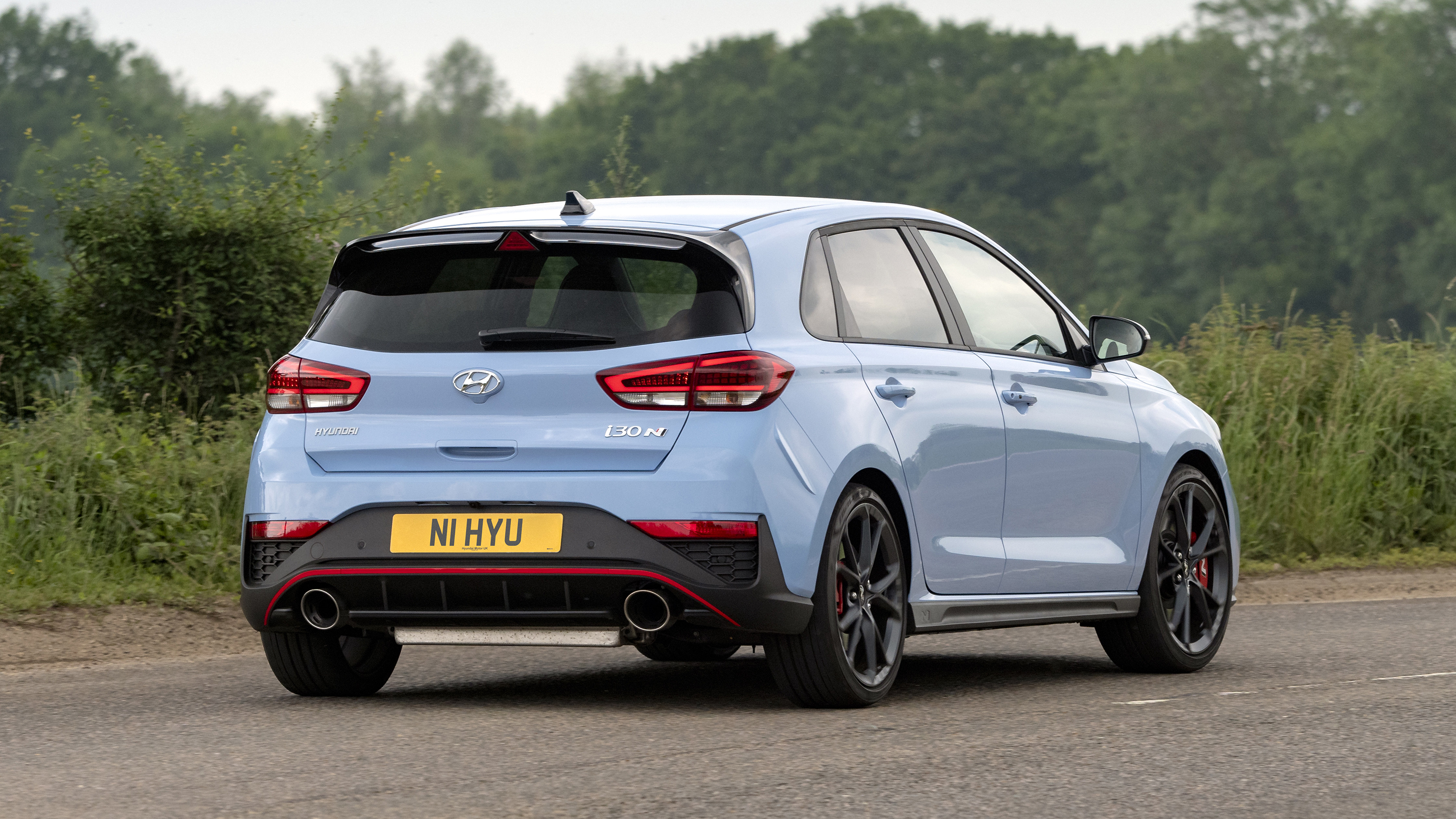 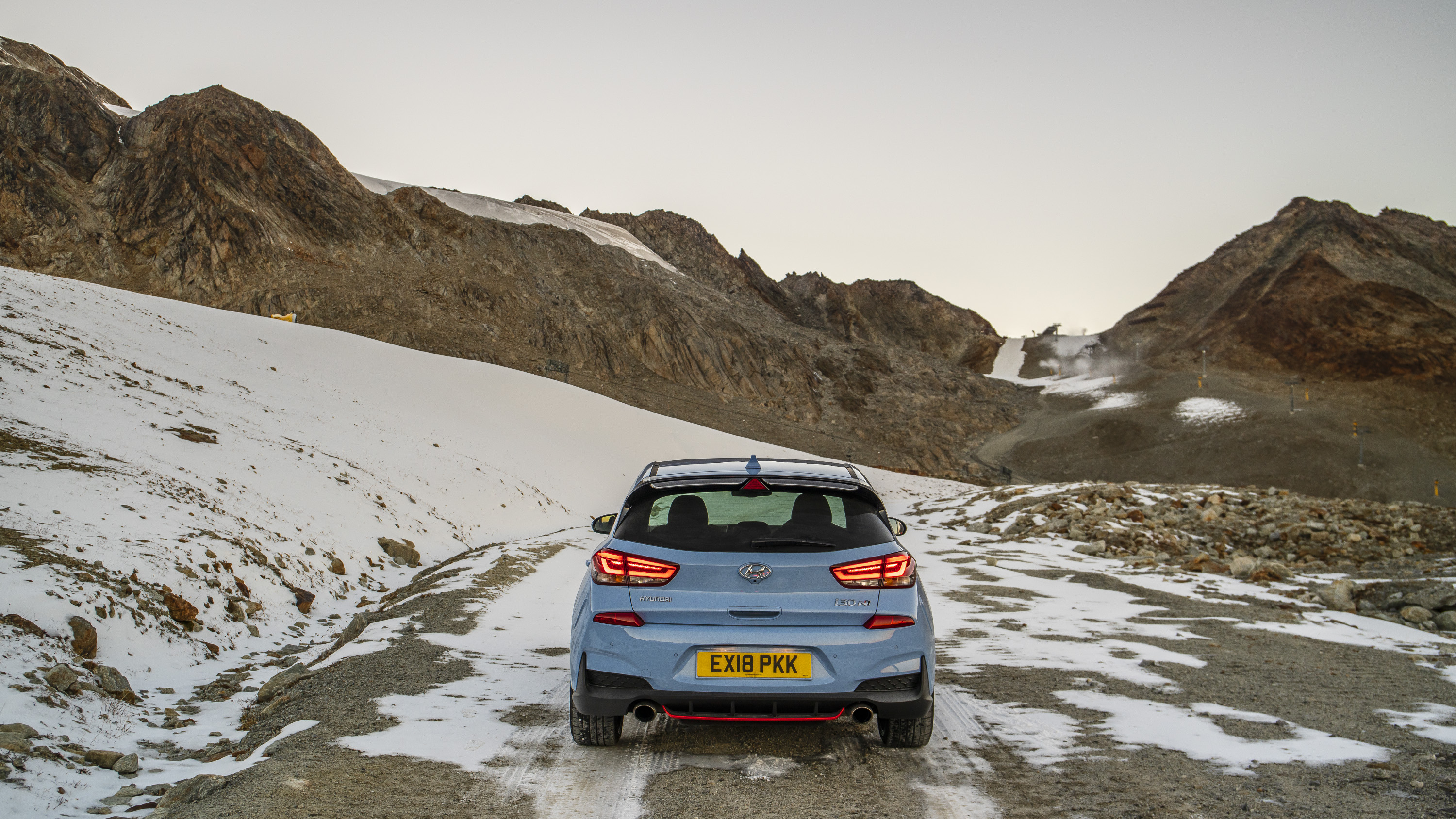 1 / 31
Advertisement
“Hyundai's first full-strength performance car, and it's nailed it. Few hot hatches are this fun to drive ”

A total scamp to drive, yet practical and sensible with it

This is the first proper Hyundai performance car. There have been efforts before – mildly hot hatches and big-bumpered F2 editions of the pretty '90s Hyundai Coupe – but nothing with circa 300bhp and a development programme overseen by a former BMW M boss.

The i30N has been developed at a depth far beyond any quick Hyundai before it, and you’ll tell before the wheels have turned an inch. An illuminated rev counter whose redline shifts as the engine warms up, the ability to channel your favourite mix of chassis settings into one button press, a manual gearbox and handbrake… this is a car that’s been honed by bona fide driving enthusiasts without yielding to the needs of marketing departments and the like.

The churlish among you might point out many of those nods are nicked wholesale from BMW M cars of the last decade. We’d respond by pointing out there are worse places to take inspiration from, and that Hyundai’s N boss Albert Biermann – as a former M Division chief – is perfectly entitled to bring the best bits of his old workplace across to his new one. Rumours he also took a bagful of Sharpies and file dividers from the stationary cupboard on the way out? Neither confirmed nor denied.

How does the i30N stack up on paper?

So, the i30N’s spec. It won’t win a game of Top Trumps, but in an increasingly mad hot hatchback market, there’s lots to like about that. Its 2.0-litre turbo engine drives the front wheels only, through a standard six-speed manual gearbox.

Upon launch, you had a choice of two specs – a base car with 247bhp, sports seats, a full suite of adjustable driving modes and launch control. Another £3,000 snared you a Performance Pack with a rowdy sports exhaust, a limited-slip differential for more precise handling and 19in wheels with stickier tyres, as well as another 24bhp.

Any changes since it was launched?

It proved such good value, that for the i30N’s mid-life update, Hyundai ditched the base model in the UK. It also boosted the remaining model’s power (up a modest 5bhp, to 276bhp), stripped a bit of weight, gave it stronger brakes and new tyres and added the option of – shock! – an eight-speed paddleshift gearbox. New head and taillights and larger exhaust pipes seemed almost token when the rest of the facelift was so thoroughly considered.

Oh, and if a sensible old five-door isn’t quite your style, the i30N also comes in Fastback form, pictured in the gallery above in grey. It’s still a hatchback, but has been designed to resemble a saloon car. It’s Hyundai’s attempt at cracking the Mercedes CLA market, and adds £500 to the asking price, but brings more boot space with it.

“Hyundai's first full-strength performance car, and it's nailed it. Few hot hatches are this fun to drive”

There are few other hot hatches that demonstrate such a transformation over their base car. The regular i30 is competent, but sensible to the point of anonymity. The i30N is fast, fun and capable of bringing your inner scamp to the surface mere metres after you’ve pulled away. Just like all great hot hatches. And make no mistake, this is a great hot hatch. Whichever body shape or gearbox you go for. Just prepare for slightly chunky fuel bills…