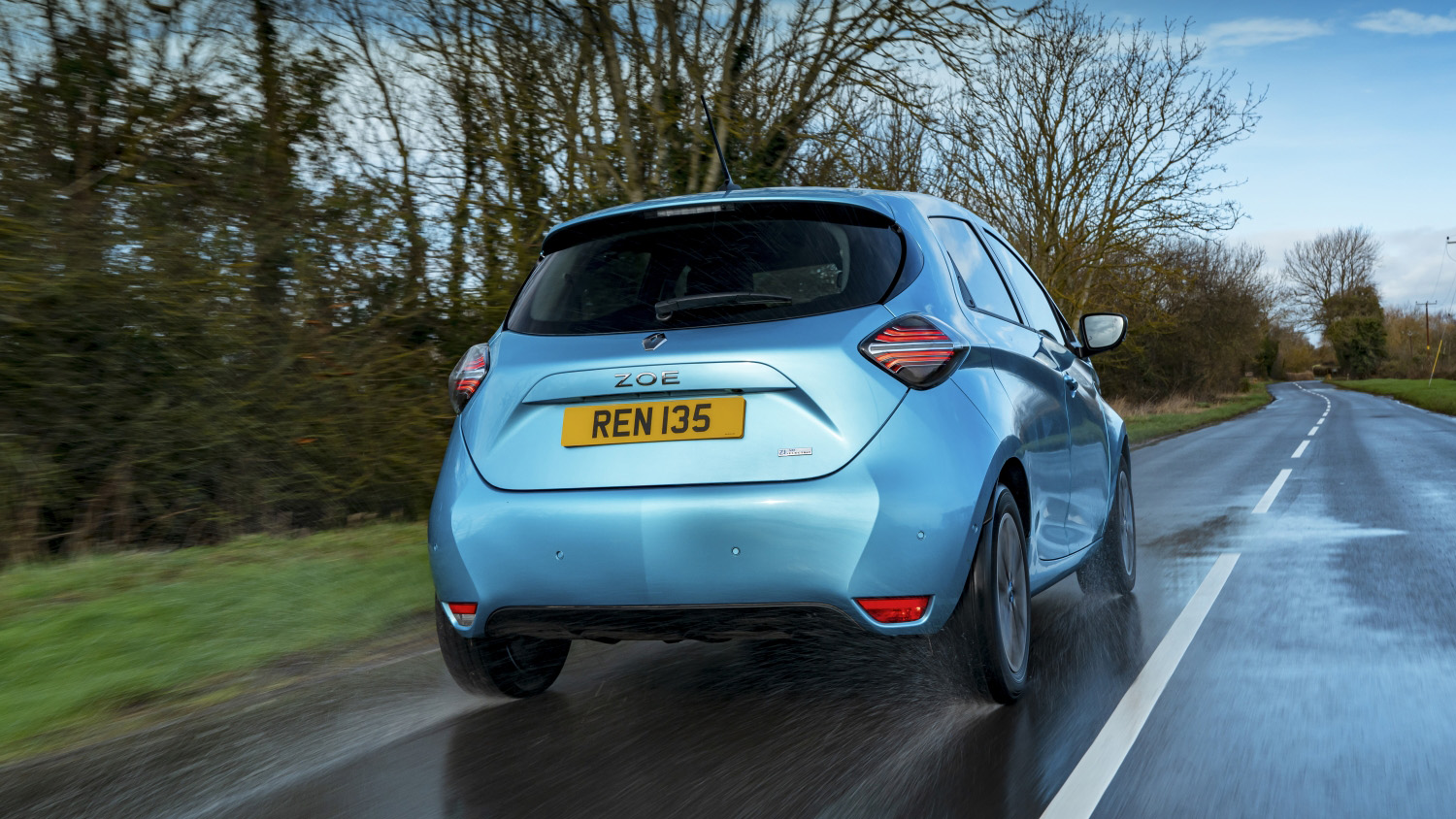 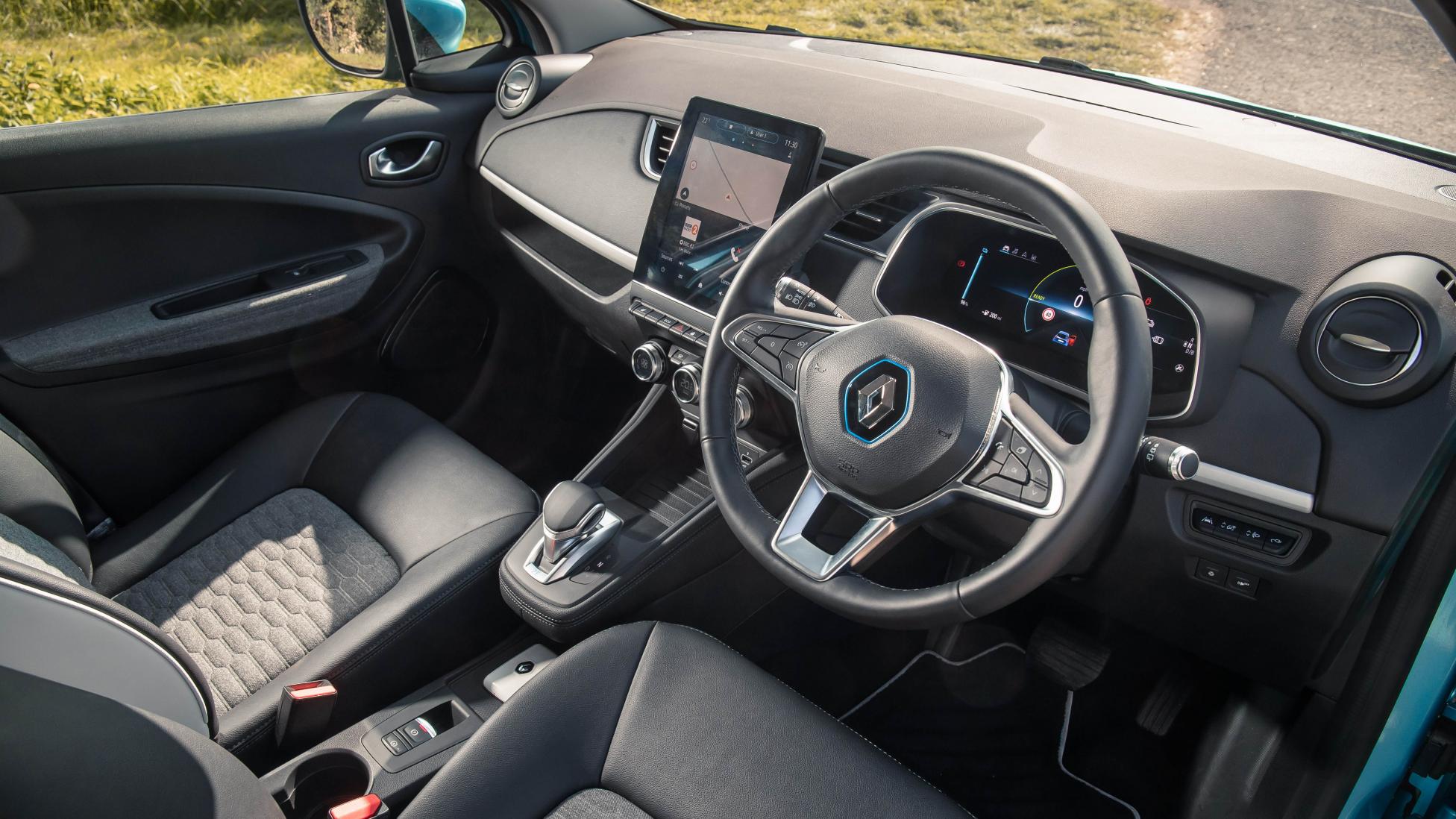 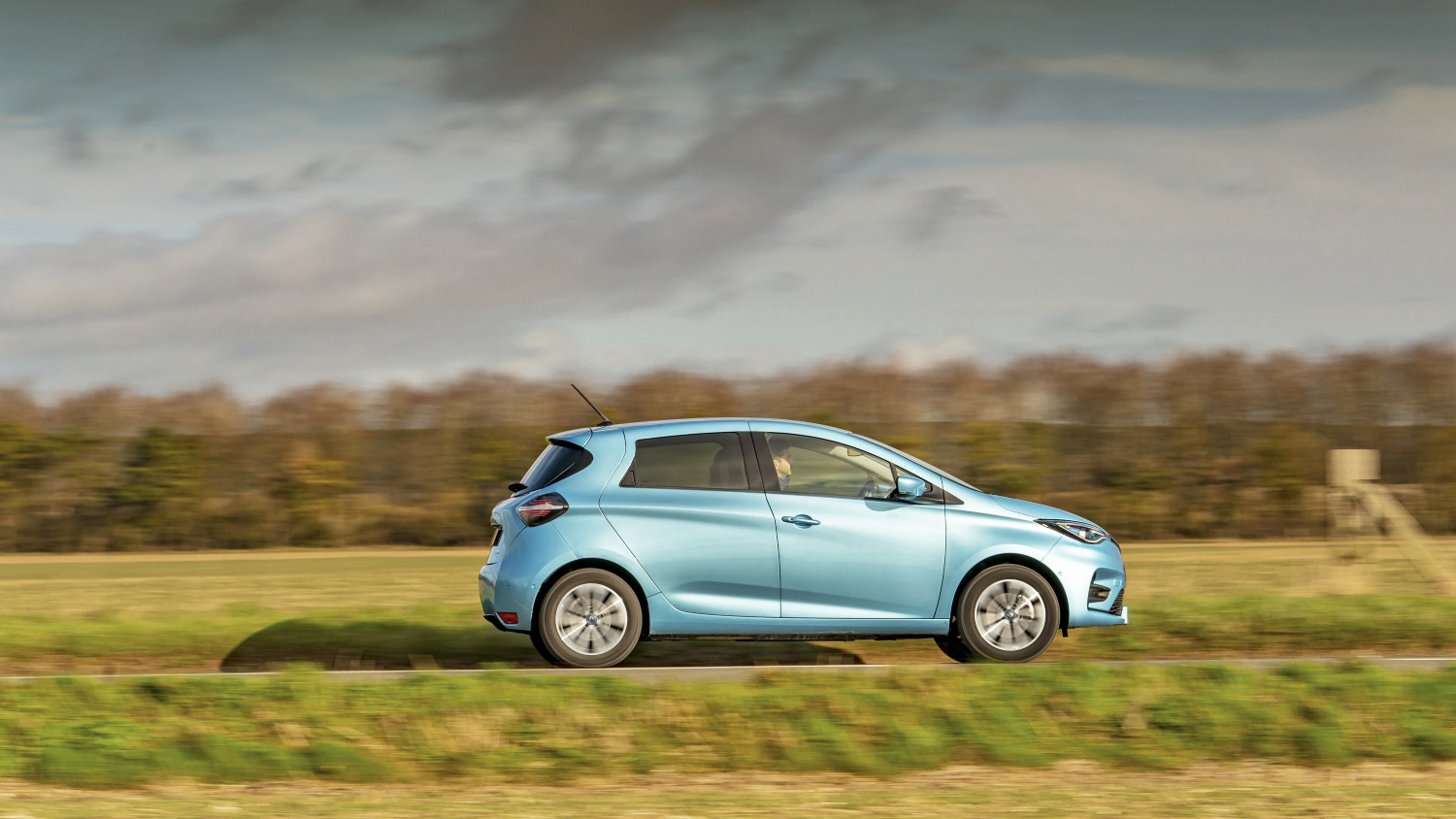 The Zoe’s totally new interior, largely lifted from the latest Clio, is a big step up - material quality, infotainment and general comfort have all been massively improved.

The first thing you notice is the driving position, which in the old car was hampered by a fixed-height driver’s seat and a steering wheel that, for some reason, didn’t adjust for reach. The new car’s seats (which are new) are still fixed, and a measure too high at that, but at least now the steering wheel telescopes a good way out of the dashboard. This makes a big difference, especially on longer journeys. The Nissan Leaf doesn’t have a telescoping steering wheel – unforgivable in a mainstream car, if you ask us.

Behind the nice new steering wheel is a 10-inch display, which is standard in even the cheapest Zoe and is very smart indeed, if not as customisable or useful as Audi’s Virtual Cockpit, for example.

The new flagship infotainment system is lifted from the new Clio. Standard on top GT Line and optional on mid-range Iconic trims, it uses a 9.3-inch portrait touchscreen that stands proud of the dashboard. A smart UI and the fact the screen is set so high mean it’s comparably easy to flick through menus while driving. Underneath you’ll find a strip of buttons that, even in our top-spec test car, were mostly blank. Weird.

What about the rest of the controls?

Next up (or down) are the climate controls, which mercifully have not been integrated into the touchscreen, and a couple of USB ports (not those new-fangled USB-Cs, either). Then comes the new gear-lever, an electronic parking brake and wireless phone charger. The latter is handy (though it takes an age to charge your phone and makes it really quite hot), but such is its side-less design, especially spirited cornering could see your precious device slide clean off it and down the side of one of the front seats. Not ideal.

The old Zoe felt like a bit of a tin can, as though Renault had spent the budget on the drivetrain before remembering it had to trim the interior too. In the new car, the centre console and dashboard are mostly shod with fabric made from recycled seat belts and old plastic bottles. Together with the new screens and more solid soft-touch plastics, it gives the cabin a much-needed lift.

Talking of space, it’s not impractical, the Zoe. At least when it comes to storing things. The door bins are big, and while the glove box is small, there’s a handy shelf above it. Pity there are no pockets on the backs of the front seats, but the boot is fine, too. People? Not so much. Legroom for those sitting in the back is poor - you might be alright on a short journey, but this is not a car in which four (or even three) adults could travel for any length of time. If rear passengers will simply never be a concern, then Renault now offers a Zoe van for eco-minded businesses who’ll carry small but heavy items. Its payload is 387kg, essentially the same as plopping in another battery pack.