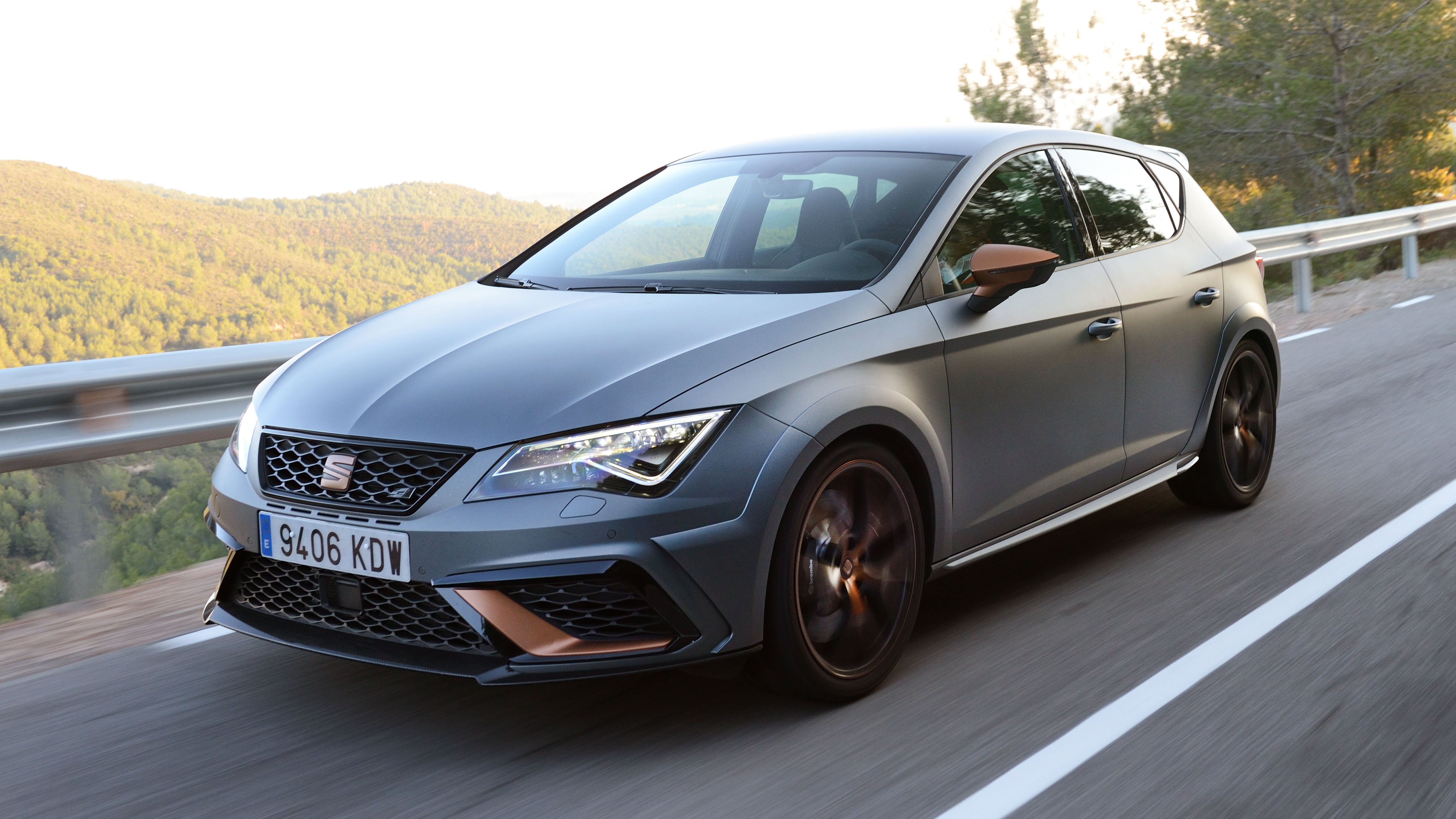 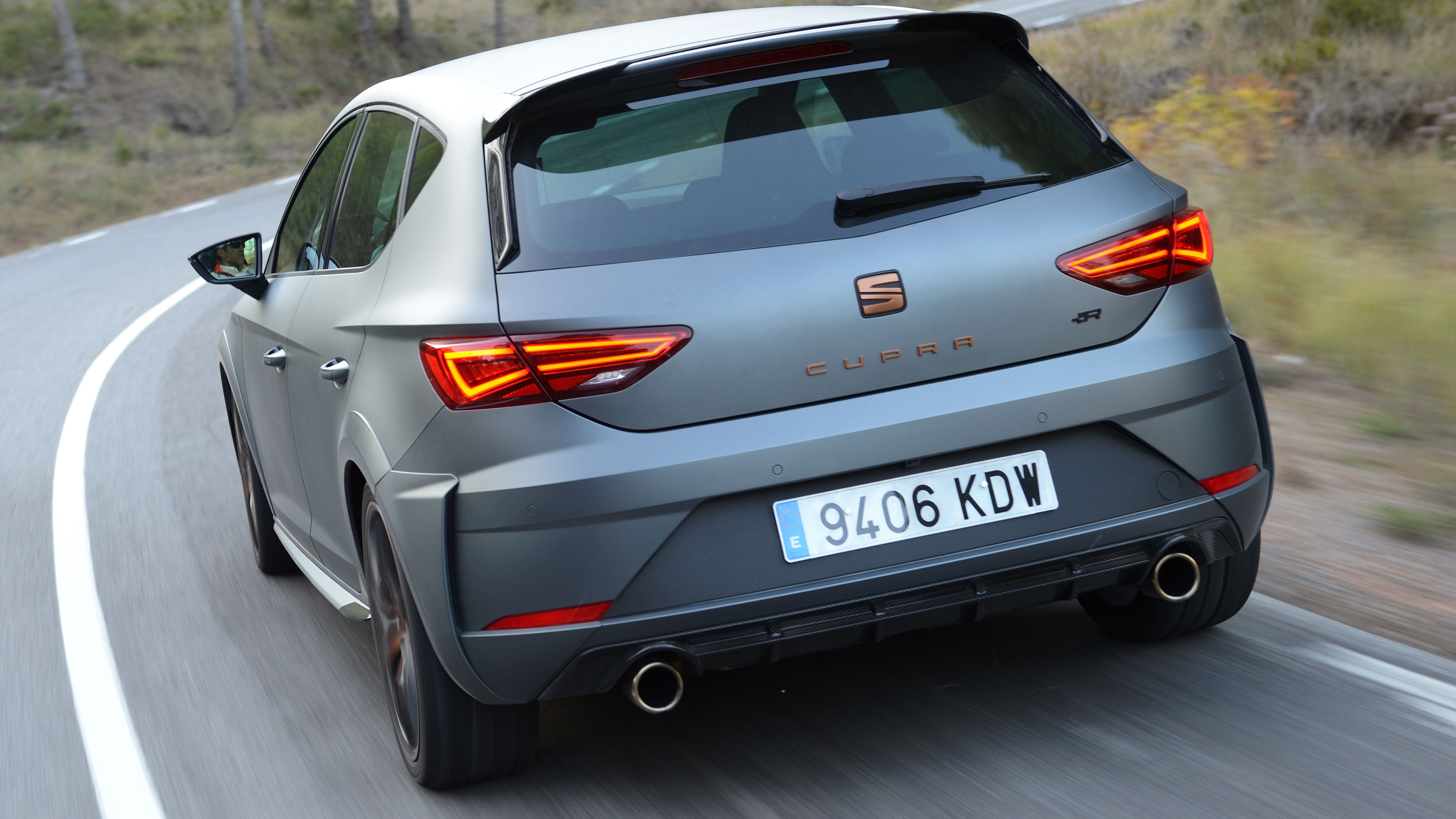 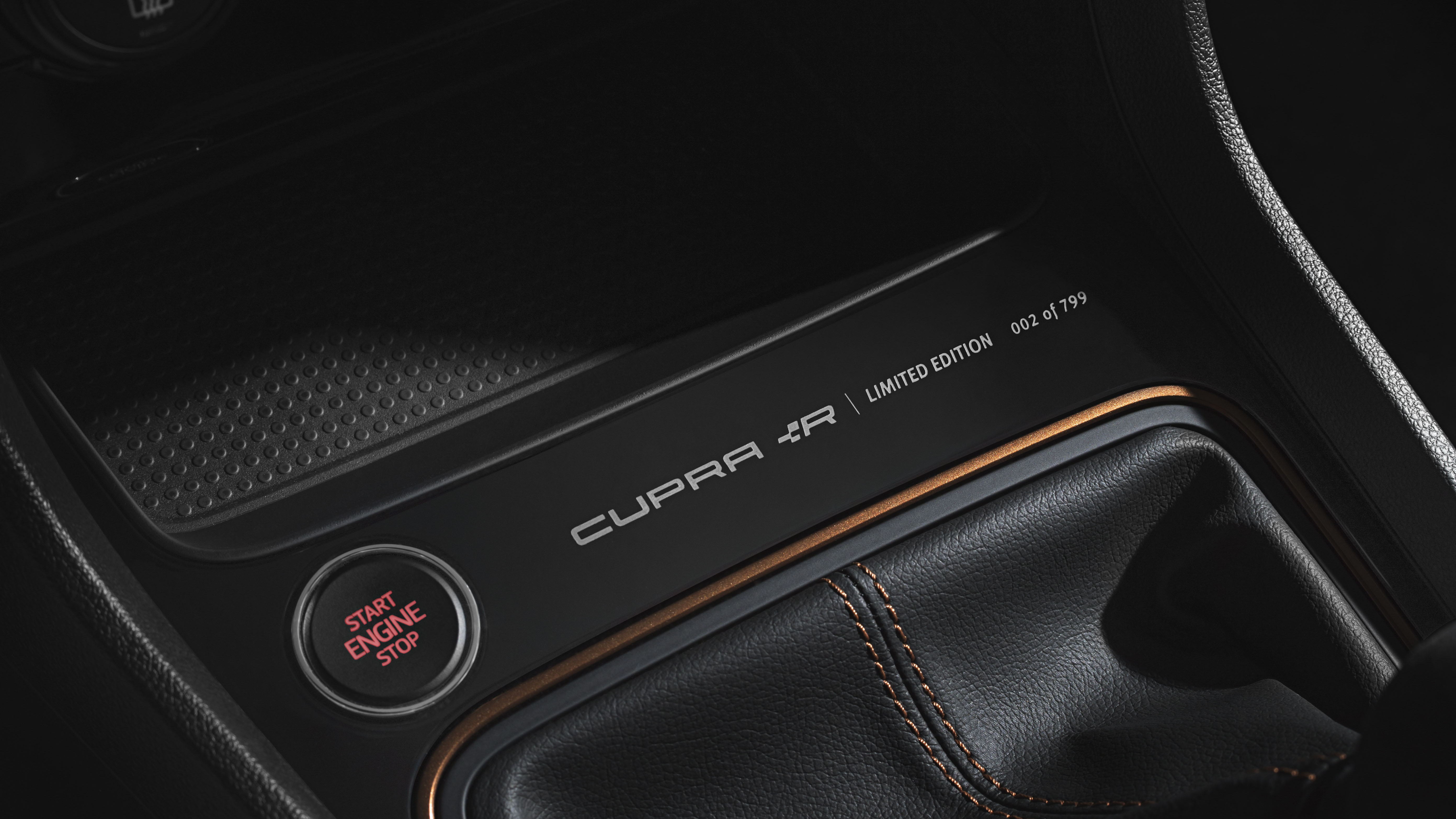 It is. We’ve driven the Leon Cupra R before, but mainly on the quiet, smooth-ish mountain roads of its native Spain (where it was photographed - sorry). Often cars behave quite differently when they arrive in the UK, and are confronted by our uniquely terrible road surfaces. Just because we liked it in Spain – my estimable colleague Stephen Dobie called it “the most focused and fun Seat yet” – doesn’t necessarily mean we’ll like it in Britain.

Let’s revisit the headlines first. This is the third Leon Cupra R and by far and away the most powerful, with 306bhp from the 2.0-litre turbocharged engine it shares with the VW Golf R, GTI and so-on. Power is routed through the front wheels only via a six-speed manual gearbox (a DSG is available in other markets) for 0-62mph in 5.8 seconds and 155mph.

More negative camber and retuned steering are supposed to make the R quicker-reacting than a standard Cupra, you get bigger Brembo brakes and can specify sticky Michelin Cup tyres for £855. The suspension is no lower, but a new bodykit conceals the R’s marginally wider tracks and gives it a better stance than standard. There’s also (too) much bronzing, and inside, Alcantara on the wheel and gearlever.

It costs a whisker under £35,000, which is a lot. But moot because all 24 Seat are bringing to Britain (it’s building 799 in all) have already been sold. So the question is not “should I buy one?”, but “have I missed out? or, if you’re one of the 24, “should I have saved some money and bought a Civic Type R instead?”

In Comfort, as pliant and subdued as you’d ever want. This isn’t a stripped-out track special like the ‘Sub8’ Seat built to celebrate its ‘Ring record – the seats are comfortable and heated, there’s adaptive cruise control, the brand’s latest infotainment system, a decent stereo and lots of safety kit. Granted £35k is a lot for a Leon, but at least Seat isn’t playing hardball when it comes to equipment. And even though the Leon is years older than the Civic, its interior is better laid-out and its infotainment system better-looking and more functional.

Next up is Sport, which as modes go is entirely pointless. You’ll skip to Cupra, or set your own and save it to the Individual setting. In Cupra things get firmer, but even in what is its hardest mode, the R is not an uncomfortable thing. Firm, yes, but not jarring or even remotely wearing. The steering tightens up too, and the revised exhaust starts emitting childish (yet satisfying and quite addictive) pops and cracks if you’re accelerating hard and go for another gear.

Our test car wasn’t fitted with the optional sticky tyres, but even so the R hangs on gamely even on damp roads. Where the regular Cupra feels a touch frenetic when you put your foot down – it scrabbles for traction and the wheel writhes in your hands even in the dry – this one feels more sorted, more considered. It steers well, if not quite as fluidly as a Civic, the brakes are strong and the chassis taught and willing.

It’s as good a Cupra as we’ve ever driven, and just as appealing in rainy old Britain as it was in sunny Spain.

This or the Civic?

Tough one, that. The Civic is brilliant – better to drive and probably more exciting, exhaust note notwithstanding – but so many will be put off by the way it looks. The Leon has rarity on its side, and is fast, fun and focused enough that it’ll appeal to those who crave the Civic’s manners, but deplore its looks. This is as powerful as the current Leon will ever get – and probably as good. Pricey, but almost justifiable.