£23,600 when new
Read why you can trust our independent reviews 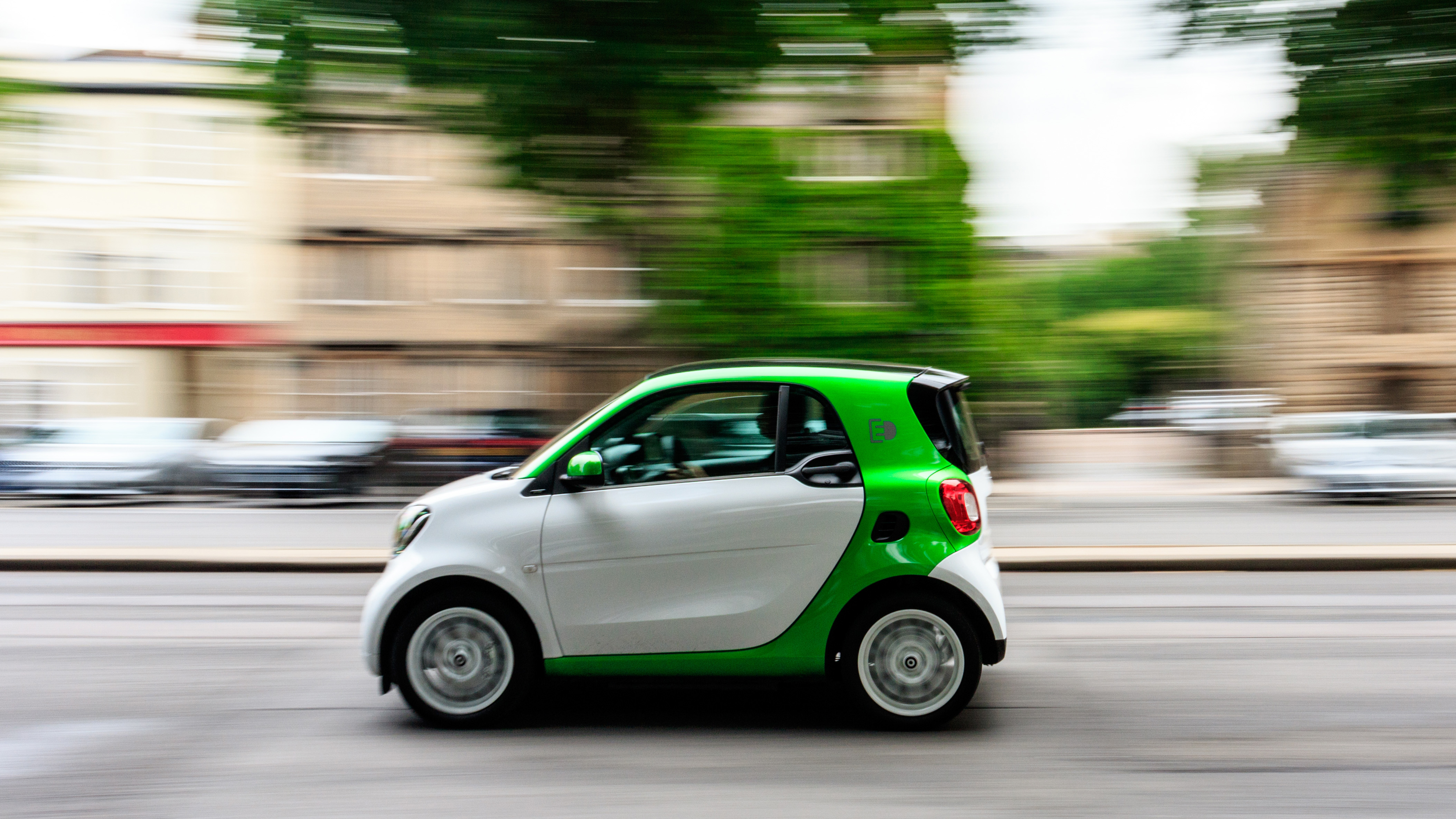 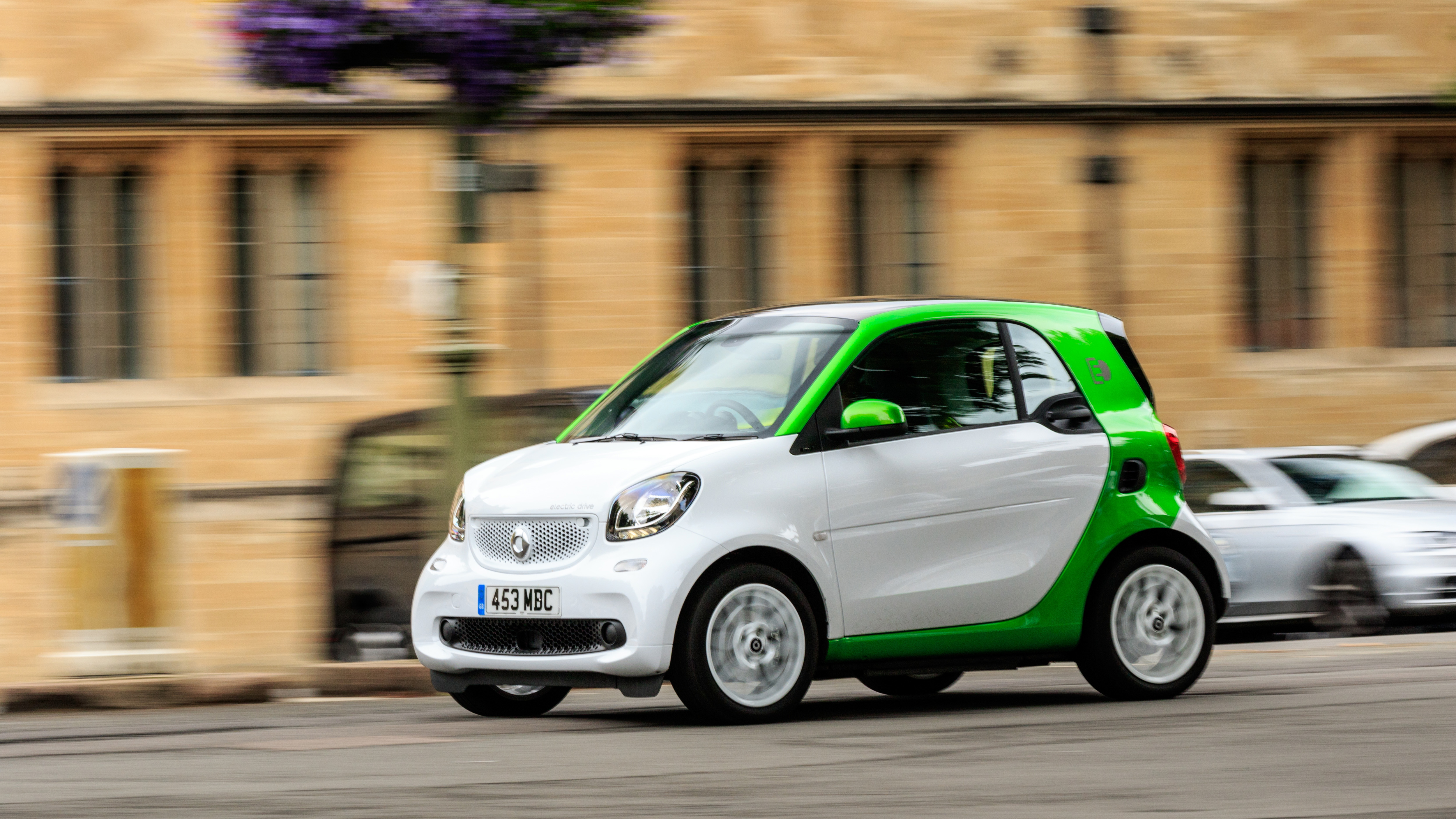 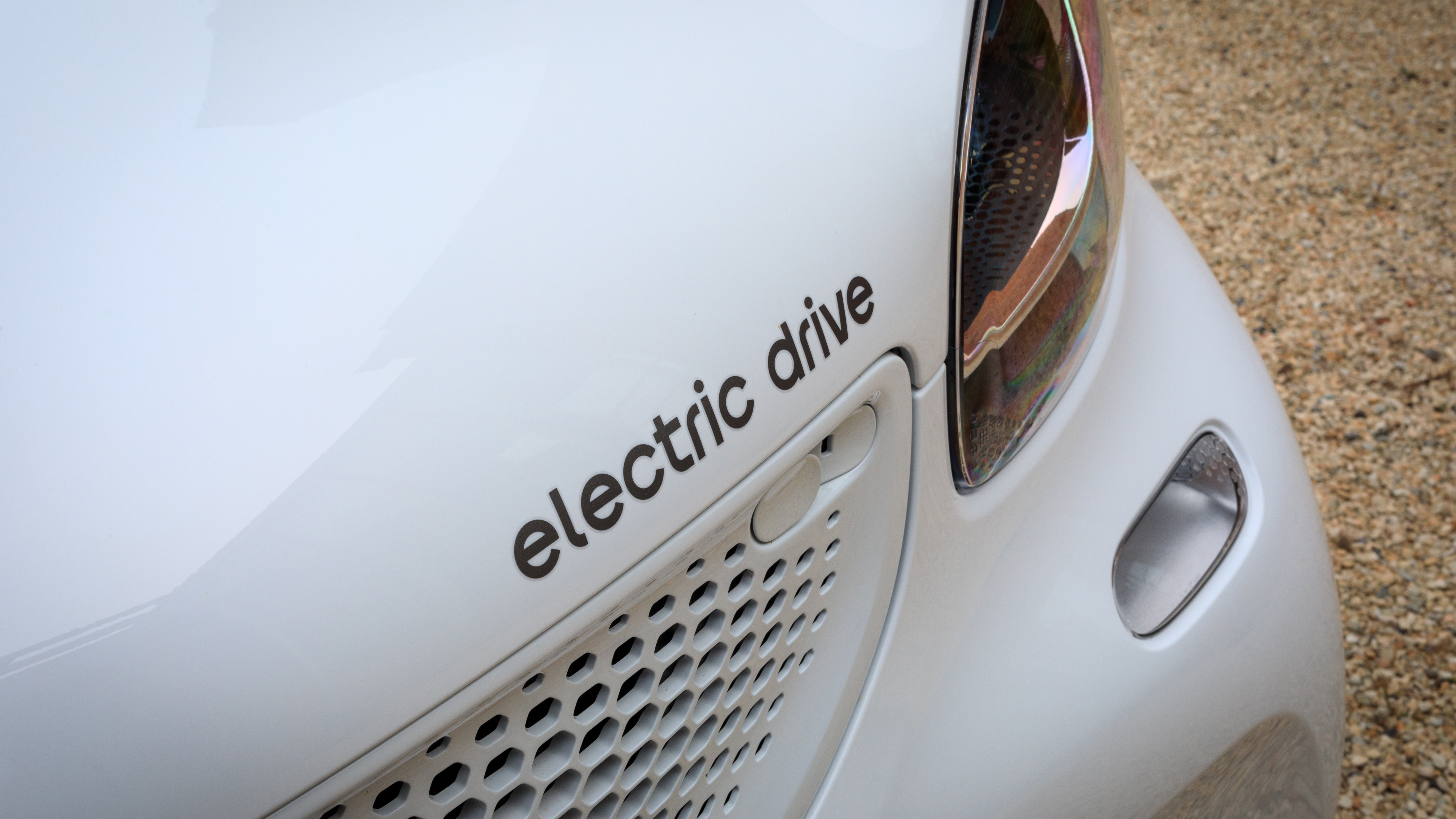 Correct. In little over a year, you’ll not be able to buy a Smart with an internal combustion engine, and not a single tear was shed. Under the Smart’s incredibly small footprint, tight packaging and innovative crash absorption has always lurked naff powertrains.

The old automated manuals transmissions were appalling, and even the latest ones, with their Renault-shared dual-clutch gearboxes, are only slightly more on the ball than someone waking up from dental surgery.

So this is a glimpse into the future of Smart, then?

Indeed – can’t imagine the next generation of Smart EVs will get enormously more powerful than this one. The 1,085kg electric-drive ForTwo’s rear-drive motor generates 79bhp and 118lb ft, and the top speed is electrically limited to almost half of what most German cars are restrained at. The microchips call enough at 80mph, but that’s plenty, as it’s taken 11.8 seconds to crack 62mph.

Not so fast. It isn’t a cross-country speedster, but the 0-25mph performance is seriously rapid, and combined with the ultra-teeny dimensions, you’re pretty much unbeatable in the urban traffic light launch grand prix. Watch the tensed, lyrca’d speed cyclist reel in horror as the Smart surges past his sweaty, sinewy efforts. Marvel as it dodges betwixt ignorant bus and clueless minicabber to beat the lights. You couldn’t get across a junction quicker unless you had sirens.

Not even the Brabus Smart is this responsive, this obedient. Even the brakes are judged sweetly, without the ‘are you going to stop or should I brace, brace, brace’ dodgy re-gen effect. More and more cities are being redesigned and redeveloped to make driving as unpleasant or cost-ineffective as possible. The electric Smart picks the grid-lock and brings some play value, some rare satisfaction, to a chock-full central London commute.

Usual Smart stuff. Short, square wheelbase and a relatively tall car isn’t the greatest start in life for mature damping, so the ForTwo does tend to clamber over bumps rather than absorb them. Mind you, now it’s lugging along a 96-cell lithium-ion battery, it feels as though the centre of gravity has been done a favour.

It’ll even pick up an inside front wheel if you take a mini-roundabout with gusto. For a city runaround, it’s fine. Easily more comfy than a scooter. Or the bus.

Come on, there’s got to be a major plot hole somewhere. It’s the range, isn’t it? Bet it couldn’t even do the London Marathon without whining to a halt.

In the grand scheme of EV range-dom – where Teslas can pass 300 miles and the latest BMW i3, Top Gear’s favourite urban EV, is good for a test-cycle 186 miles and a real-world 125 miles – the Smart isn’t exactly the grand tourer pick. The claim is 96 miles, and 65-70 of those will actually materialise in real-world use.

But then we come back to the Smart’s whole purpose, its reason for being. This is an urban car. It’s not built for racing (hah!) around the M25, or particularly happy doing so. It’s set up to fiddle around the concrete maze in the middle of the London Orbital, where Transport for London’s stats say the vast majority of trips are two miles or less, and the average speed is now 9.6 miles an hour.

Which is slower than it was when horse and cart was the preferred mode of black cab, and Queen Victoria was on the throne. I know this is all quite London-centric, but that’s where the Top Gear office is, and it’s a horrid, vindictive city to drive through. Nowhere on earth is a car made to feel less welcome. If the Smart works here, it’ll work in Manchester, Bristol, and most built-up areas inbetween.

Not even the most competitive delivery driver or angriest estate agent could run a Smart EV flat in a day’s work. Not in a British city, at any rate. Oh, and it’s worth pointing out the battery didn’t appear to ‘decay’. Twice I parked the Smart overnight, and went back to it the following morning to find the range hadn’t budged. Try that in a Nissan Leaf. The outgoing version bleeds miles in a cold evening, but the ForTwo held onto its amps. 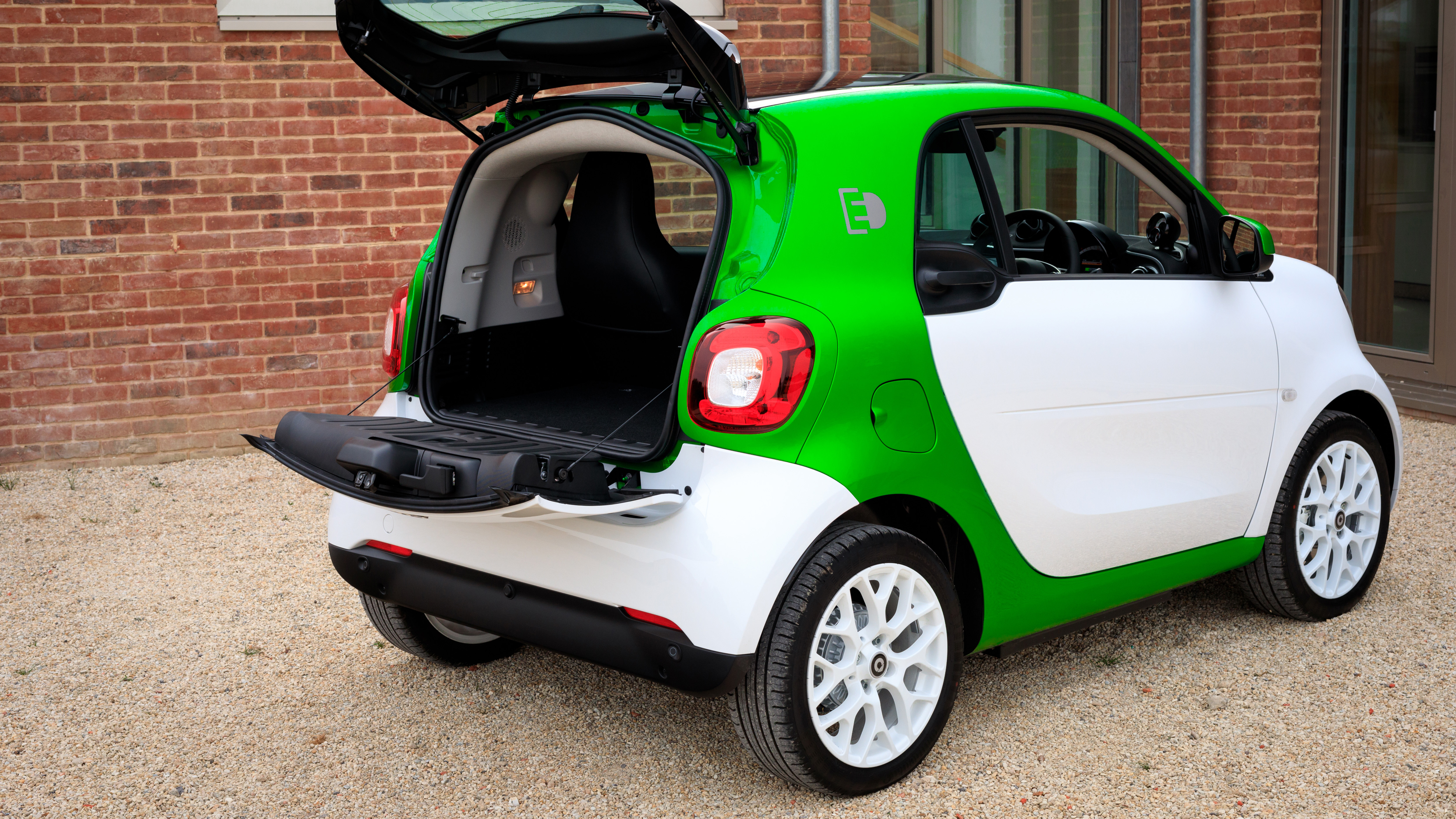 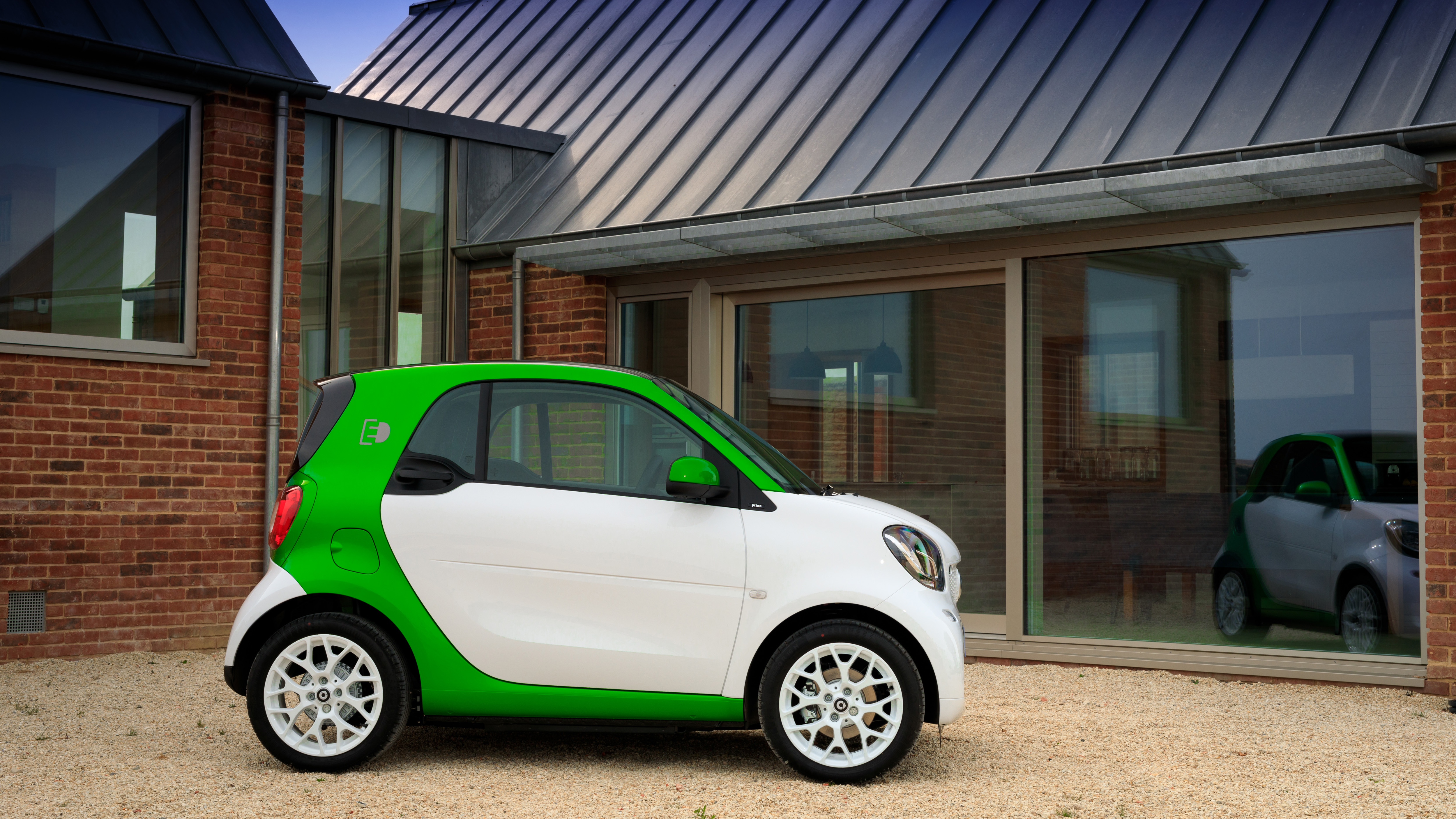 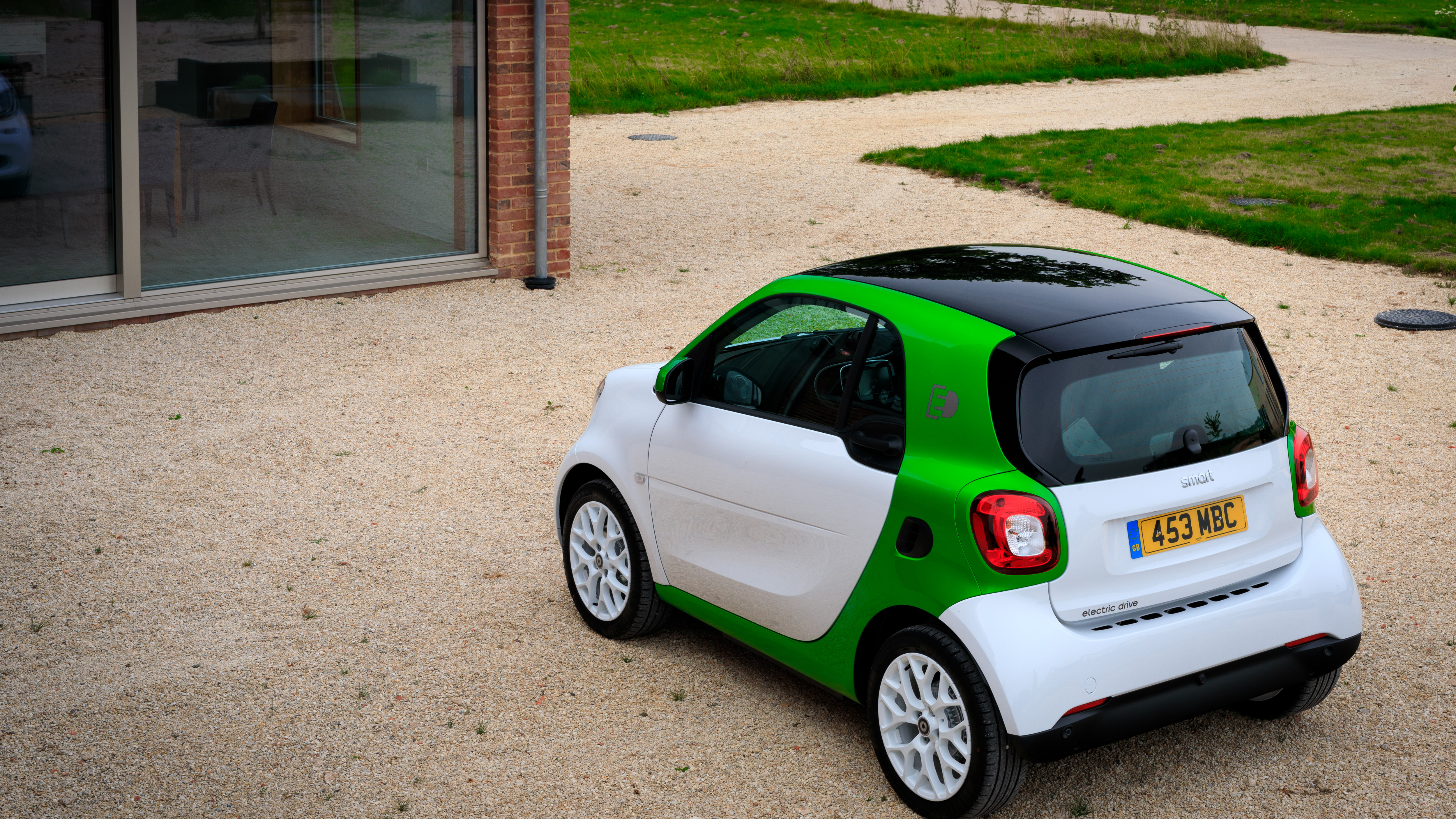 Ah, but if you live in a city, you’ll not have a driveway to charge it. And it will need charging eventually…

Naturally, and charging infrastructure is still playing catch-up with the post-dieselgate sway towards EVs. But if you can convince your workplace to even install a standard three-pin plug in the car park, a near complete battery recharge from 20% to ‘brimmed’ takes six hours, so you could theoretically plug in as you clock on at 9am, and have maximum range long before the evening rush at 5pm.

Got access to a proper ‘wallbox’ charger? That recharge time tumbles to 2.5 hours. No, it’s not as convenient as a petrol refill, and yes, you’re going to have to be cleverer about where and when you park and recharge. Get the logistics nailed and the ForTwo would make all sorts of sense as an urban company car.

It isn’t. Smarts never are, and even after the government’s plug-in grant shaves off £4,500, the ForTwo Electric Drive is £16,775. The car we tested was actually the cabriolet (why would you want to breathe in the muck from the disgusting cabs and buses in front, why?!), which tops £19,000. Ouch.

At just under £17k, the e-Smart is cheap for a full EV (the more spacious VW e-Up is £20,780 after the grant’s applied), but plenty of folks will baulk at shelling out that much for a car with only two seats and a boot less roomy than your jean pockets.

Then again, this is the easiest car in the world to park. It would keep you sane as all about you lose their heads in a traffic-choked city. And it’s at last a Smart that seems to have a real purpose, above an urban curiosity. Just in time for the whole company to become a battery farm.