£20,505 when new
Read why you can trust our independent reviews 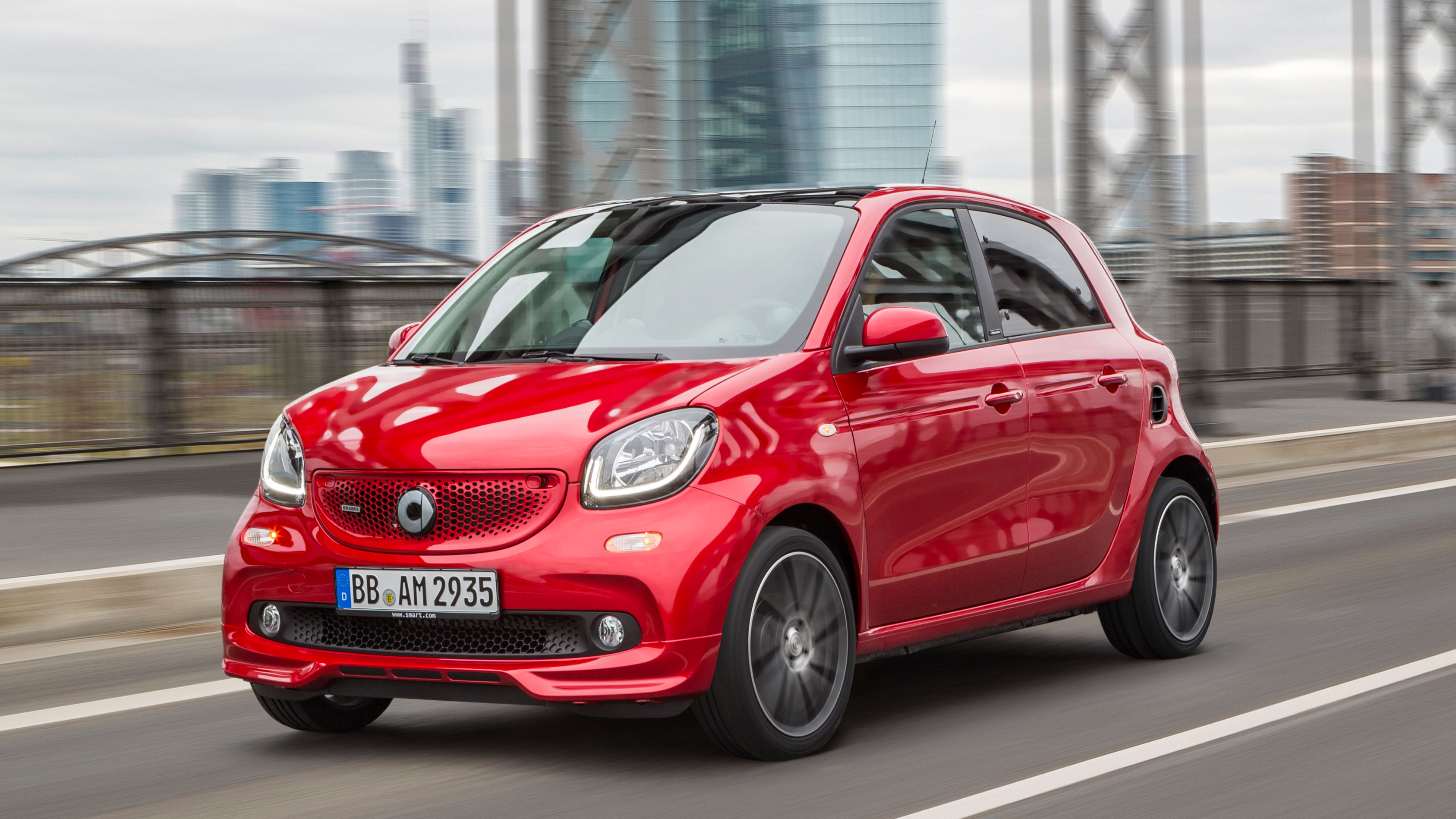 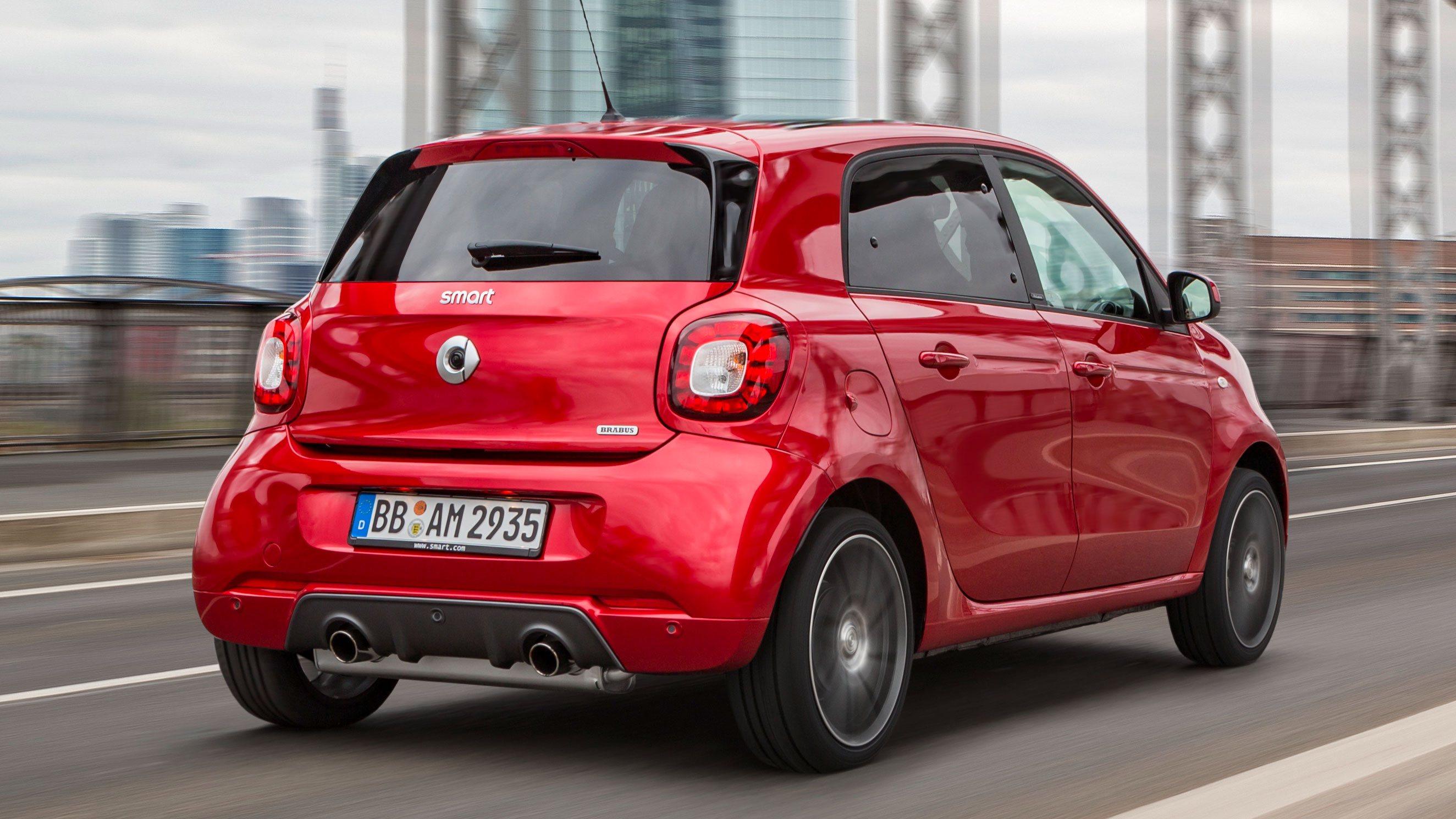 A Smart ForFour review. Which one is this?

One of the most tepid hot hatchbacks on sale. And one of the, um, most individual ways to spend the thick end of £20,000 on a small car. It’s the Smart ForFour Brabus.

So what lies beneath?

The same rear-mounted 0.9-litre turbo three-cylinder engine as the Renault Twingo GT, nestled under the 185-litre boot floor (hope you like your fish fingers defrosted by the time you’re home).

It has the same 107bhp and 125lb ft outputs. And it drives the rear wheels, though unlike its French cousin, you don’t use a manual gearbox to get it off the line. Oh no. The Smart’s a dual-clutch, six-speed automatic.

That’s better for nipping through towns then?

Yup. Particularly because those paying attention will have noticed we’re talking ‘dual-clutch gearbox’, not ‘horrifically slow and downright unhelpful automated manual’, as per the old Smart Brabus. Don’t get me wrong, this is not a crisp-shifting lightning-flash in the mould of a Porsche PDK, but it’s tolerably smooth and logical.

There are paddles on the steering wheel if you’re being really keen, and the world’s most idiot-proof launch control, called Race Start: simply select Sport mode on the centre console, hold the brake and gas down, wait for the wapah-bapah of revs at around 2,500rpm, then sidestep the brake.

Smart claims you’ll arrive at 62mph a mere 10.5 seconds later, but we figured the car (in the wet) and recorded a repeatable 0-60mph of 9.3 seconds. Perhaps Smart times its cars on a hill. Into a headwind. Towing a caravan.

Better still, the traction control in the Smart hasn’t been calibrated with the sense of humour of a Question Time audience member. So, while it’s not at all playful, you can get over a speed hump, across a mini-roundabout or encounter a stiff crosswind without the electronics freaking out and erasing all the power. Smart one, Renault, nil.

Still, can’t imagine anything that tall and rear-engined actually handles?

It’s better that the Renault again – a 10mm ride height drop versus the Renault’s 20mm lowering means the ride isn’t as jarring – but the steering is slow and lacking feel, so guessing if you’ve got any front-end grip is a lottery and it doesn’t really encourage being hustled. It’s not really a hot hatch, by that metric.

The badge says ForFour, and there are four doors and four seats, but you can’t put people in the back of this car. No headroom, no kneeroom, and if the seat backs were any more upright they’d poke out of the roof.

Better to think of this as the ‘ForTwoPlusTwo’, then, especially as a gigantic subwoofer swallows a quarter of the Brabus’s boot.

Well, the base price is actually a whisker under £17,000, but our test car carried all the kit added by the £3,170 ‘Xclusive’ package, which, in fairness, brings a huge amount of extra goodies. Leather seats, floor mats, ambient lighting, a rear-view camera, automatic headlights and wipers, fog lights and a front armrest, to be precise.

Who’s this car for?

Good question. Not proper hot hatch fans: for around £17,000, they’ll have a Ford Fiesta ST if they want a fast, small, fun car, or a Mini Cooper S if they’d prefer a posher image (and aren’t fussed about back seat capaciousness).

So perhaps it’s for Smart superfans who simply have to have the most expensive one. In which case, it’s better than what Renault can cook with the same ingredients, and much faster than Smart’s brochure pretends.