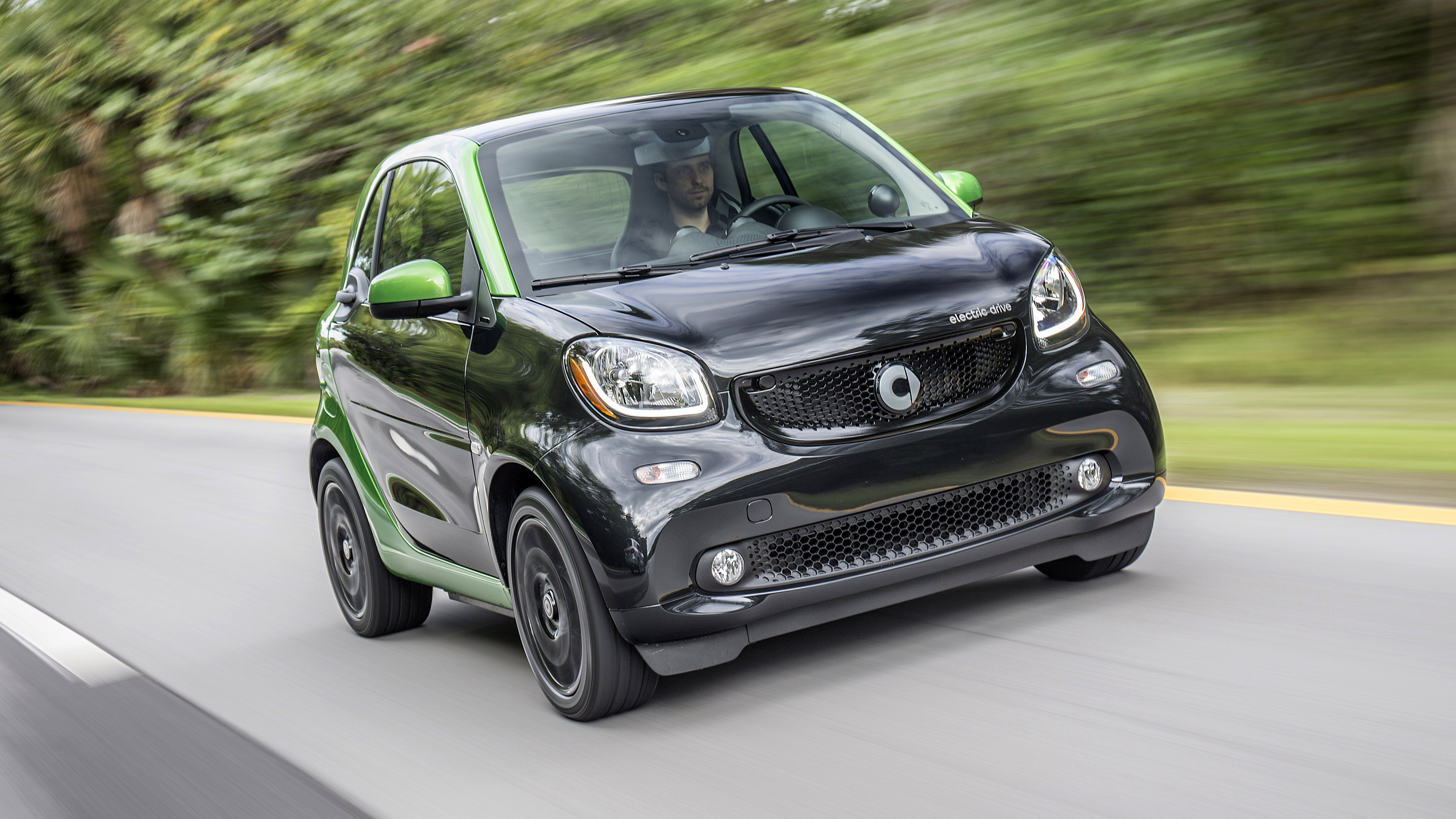 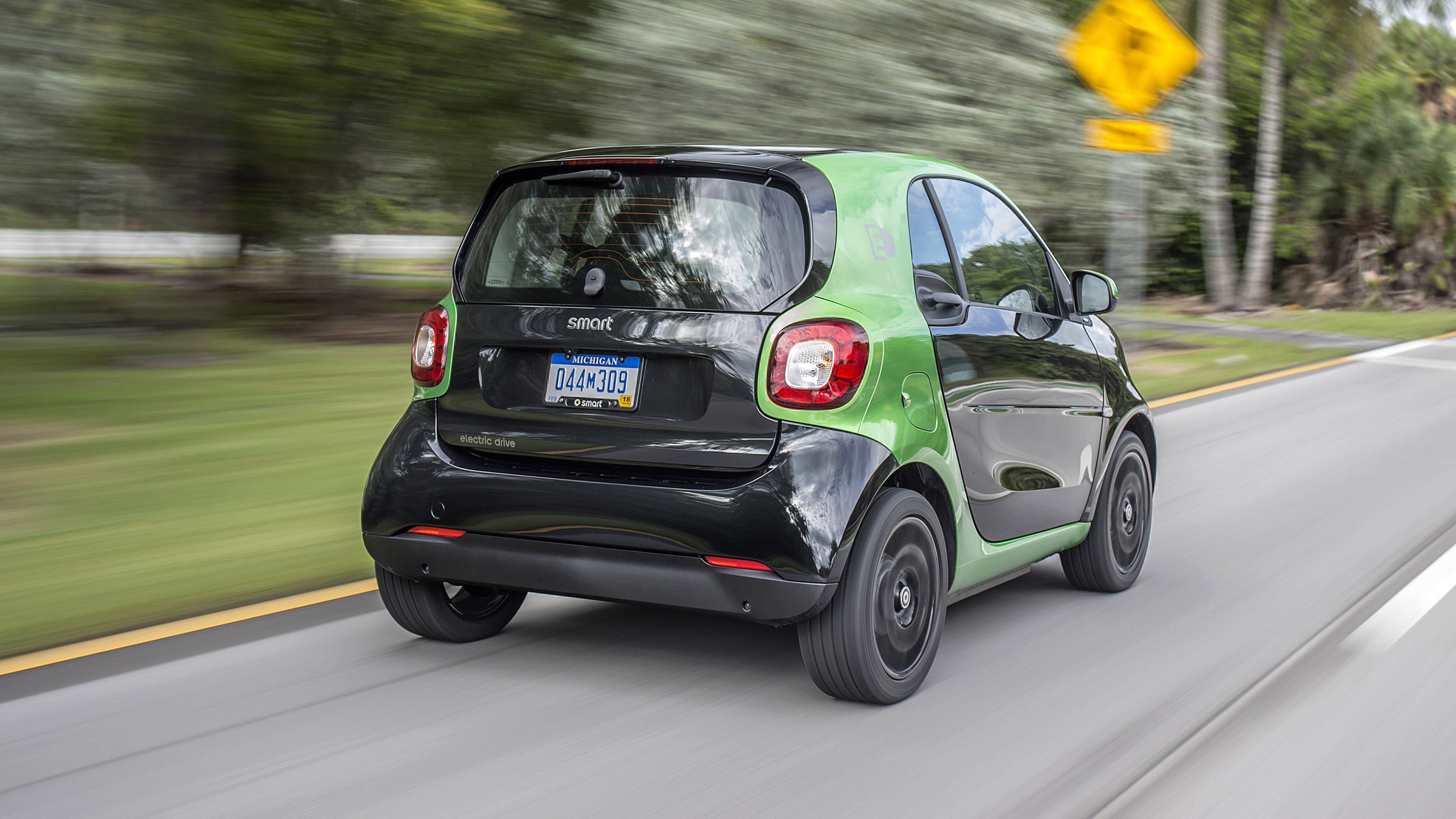 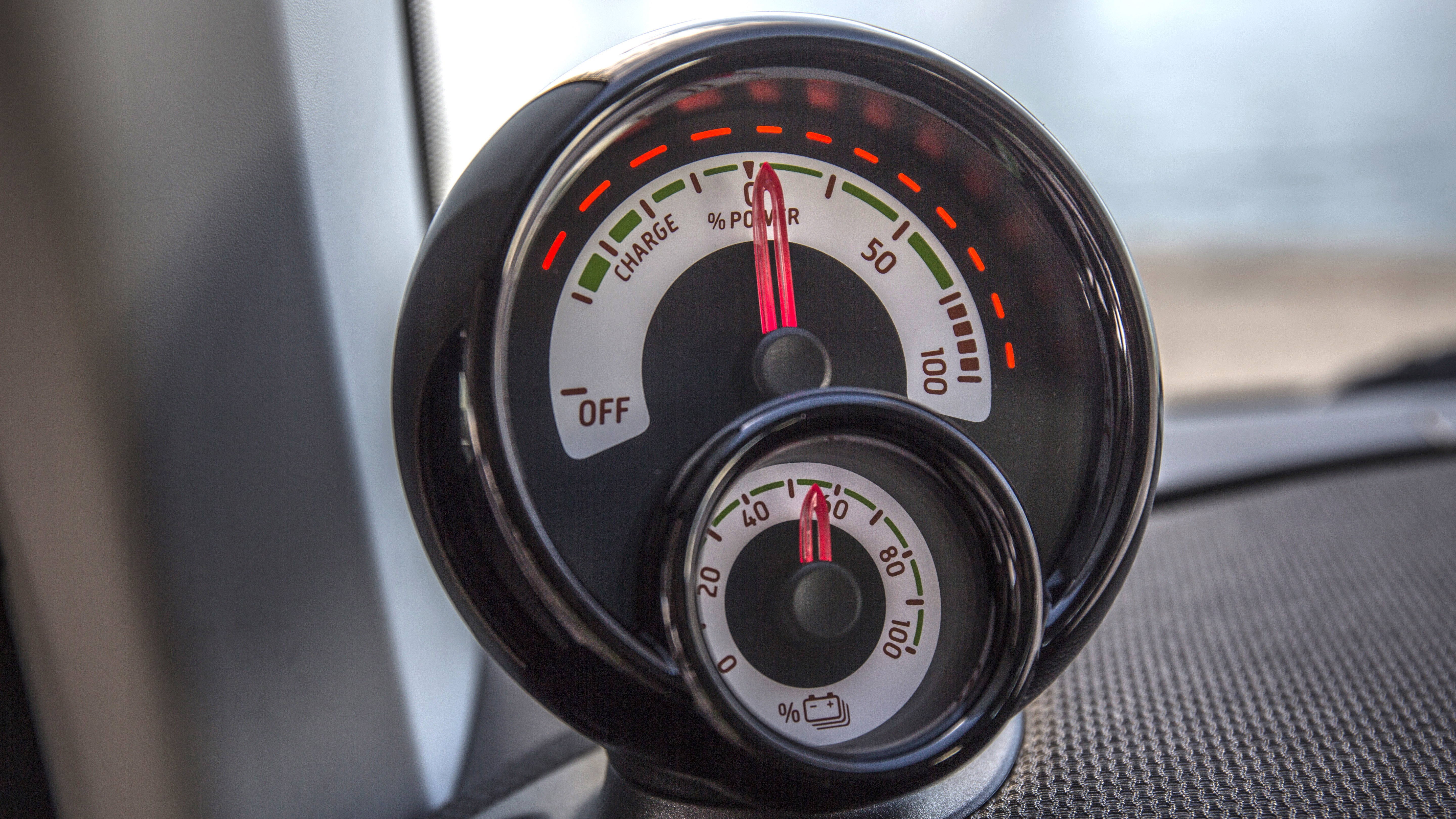 Which Smart review is this, then?

This is the Smart Fortwo ED. And let’s get the puerile bit out of the way. No, it isn’t a pill for those gentlemen with a very, um, specific condition, but in fact a Smart Fortwo ‘Electric Drive’.

It is, as you may have deduced, an all-electric Smart Fortwo.

Tell me about the Smart Fortwo Electric Drive.

There was a second-gen Smart ED (sorry) in 2009, a third in 2012 and now this, the fourth generation one you’ll see in the USA early next year (around a quarter of all third-gen Smarts sold in the States were electric), and the UK in late 2017.

Tell me about all the electricity on the Smart Fortwo Electric Drive.

It gets a Renault-built drivetrain, which features one electric motor at the back of the car, powering the rear wheels to the tune of 81bhp and 118lb ft of torque. And because it’s electric, there is a single gear ratio.

Smart confidently trumpets that “there is no need for gear changing”, and thus we stumble onto the first part of why this Smart is actually pretty good (you’ll note the Smart’s notoriety when it comes to gearboxes).

The motor’s powered by a lithium-ion battery with a capacity of 17.6kWh, consisting of 96 cells and packed in nice and low, in the middle of the car, to better the centre of gravity. In the UK, it’ll fully recharge in 2.5 hours – the previous gen took five hours – and later next year, a fast charger will be an option that cuts time (where available) to 45 minutes.

Then your desires will be fulfilled. Smart has confirmed that the ED powertrain will be rolled out across the entire model portfolio.

And, should you have a penchant for all things Brabus, you’ll be pleased to know the tuner’s individualisation programme is available for the ED. Think leather trim, painted panels, a bodykit and roof spoiler. Vroom vroom. Or indeed, um, whatever noise electric cars make.

So what is the Smart Fortwo Electric Drive like to, um, drive?

Very nicely, actually. It’s a city car, and must be judged accordingly. So no, it won’t light up Interlagos, but in town it’s actually very pleasant. Electricity means instant torque, and the drivetrain feels suitably punchy and refined at speed.

It rides decently enough, and while the 0-62mph time is officially 11.5 seconds (11.8secs for the cab, 12.7secs for the Forfour), it’s not really important because you can’t do 62mph in the city. The top speed is a heady 80mph.

Ah, but can it do motorways, you may ask? Well yeah, it can do those easily enough, with minimal interference in the cabin, and though the steering lacks any kind of feedback, it’s light, easy and makes the ED a doddle to manoeuvre and hustle. The turning circle is frankly absurd (as in, very tight) and therefore makes parking easy. Because it’s tiny of course.

Fine. Tell me about the range of the Smart Fortwo Electric Drive.

Officially it’s 160km, or a shade under 100 miles. Across city and motorway traffic, and after 46 miles, our test car’s battery power – viewable via a little dial on top of the dash – sat at 40 per cent. So it’s a good amount of range for, ostensibly, what will probably be a second car for most, or a single car for those who live in cities and cover fewer miles overall.

Should I buy a Smart Fortwo Electric Drive?

If you need a second car, or a single car and live in the city and cover fewer miles overall, then yes, you should definitely consider it. It’s estimated to cost around £16k when it lands in the UK, after the government subsidy has been deducted (€18k in Europe after subsidies). Which is more than a petrol powered Smart, but a lot less than a VW e-Up, its most natural rival.