£28,746 when new
Read why you can trust our independent reviews
Piers Ward
Skip 6 photos in the image carousel and continue reading 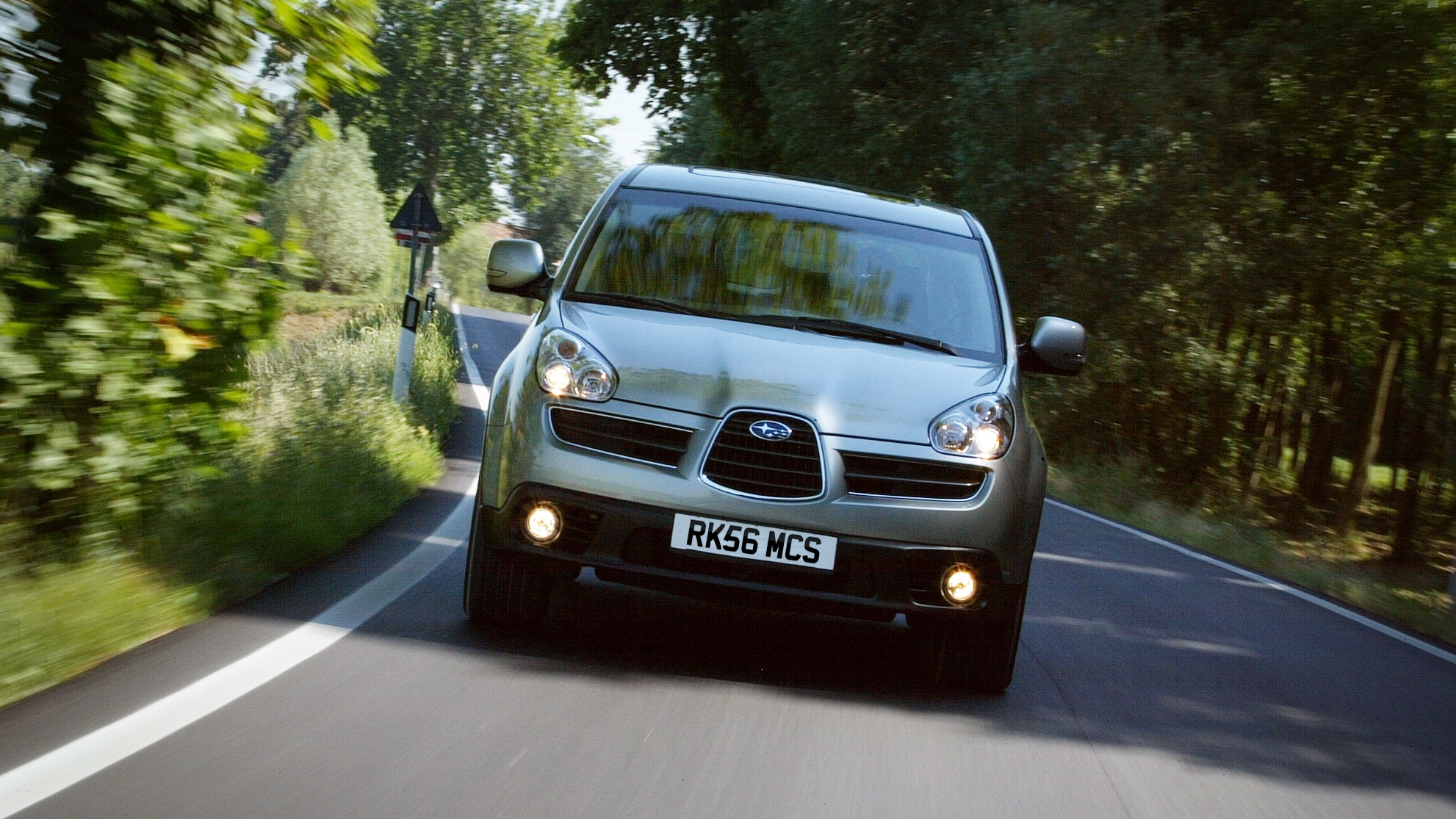 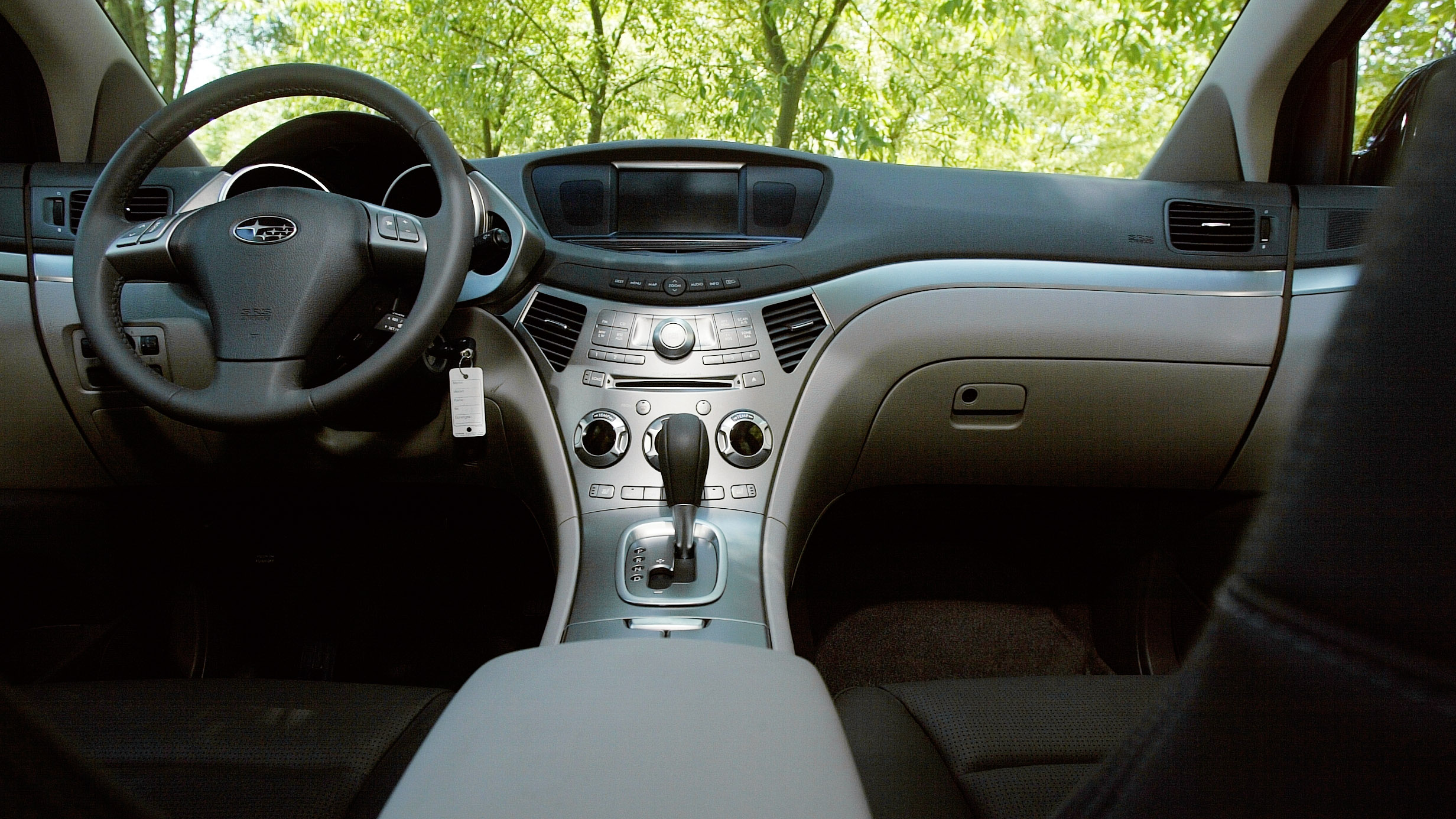 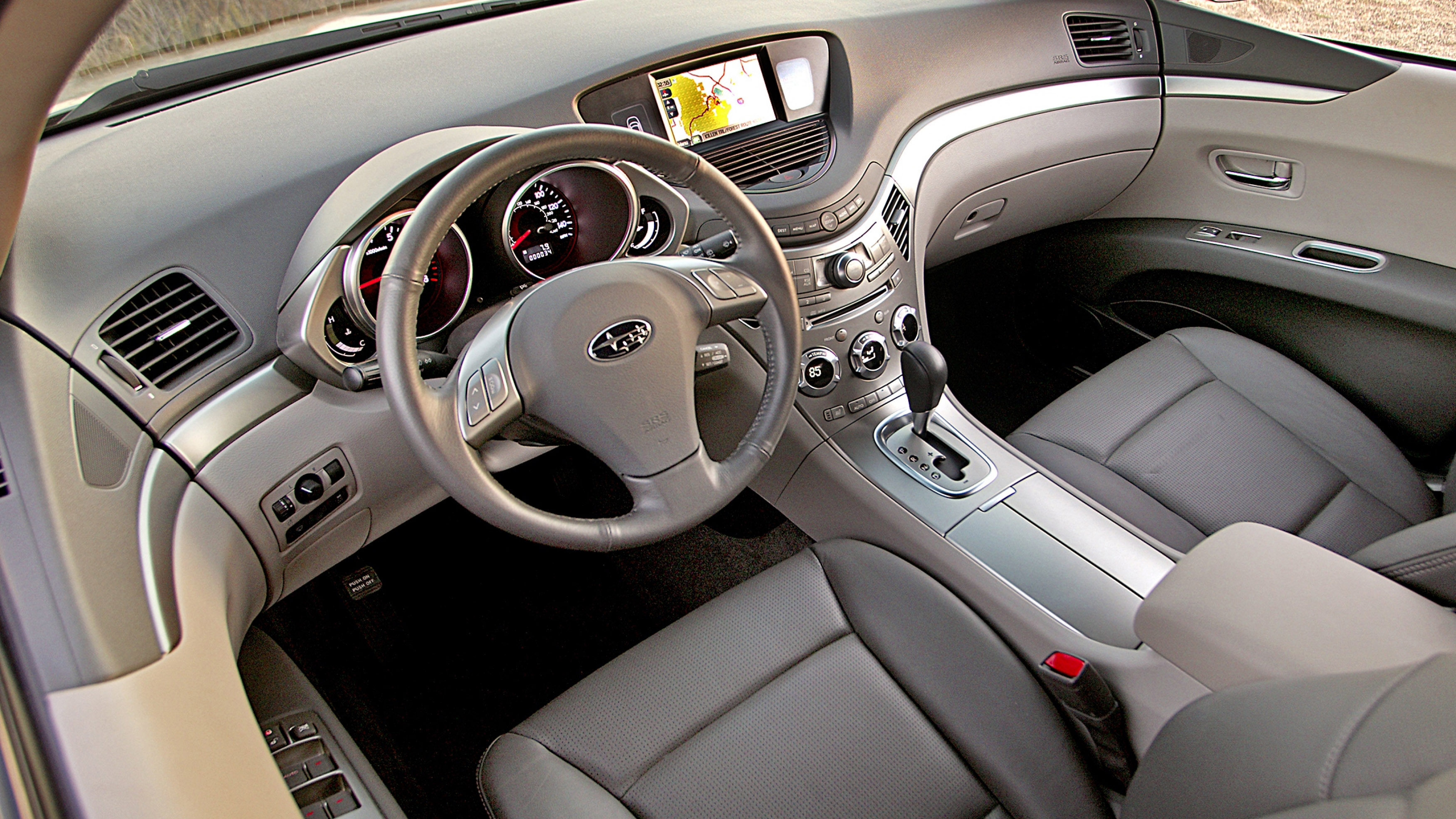 In an ever-changing world, it’s good to see that some things remain constant, such as Subaru continuing to build, shall we say, questionably styled cars. The latest creation is the Tribeca, or B9 Tribeca to give it its full title, and it’s possibly the most controversial yet.

But don’t go assuming this is a bad thing. The Tribeca is so ugly it almost threatens to come full circle and be cool. Almost. You certainly get a serious amount of attention driving it, but whether this is in admiration or mockery isn’t clear. The irony of the fact that TriBeCa is a fashionable area of New York seems to have been lost somewhere here.

The Tribeca is Subaru’s first foray into the SUV market and is also the first all-new car to emerge from the Japanese firm since the Legacy in 2003. As such, the interior is less dated than in other Subarus, but don’t go thinking this means it can hack it against the best. It is still an acquired taste. Build quality feels OK, but the plastics are too cheap. Plus, the steering wheel doesn’t adjust for reach, so the seating position is a bit compromised.

Family-friendly is the name of the game with this size of vehicle, and the Tribeca obliges by offering itself in either five or seven-seat layout – but we’d stick to five. Opt for seven and you’ll have to find another £2,000 for a third row of seats with minimal legroom. That price does at least include a DVD system, though.

But all that’s immaterial. Subaru has been churning out cars afflicted with interior and exterior issues for years and still managed to sell them. It’s how they drive that counts. Unfortunately, the Tribeca could do with a few more Impreza genes here. The ride is firm but comfortable, thanks to good damping, but there’s a bit too much body roll and the steering is light on feel and precision. Having said that, show it a curved, wet road and a glimmer of Impreza shines through – it’s even quite easy to induce a bit of lift-off oversteer.

The worst criticism is reserved for the transmission, though. The three-litre, flat-six engine’s quite good – punchy, quiet, smooth – but the five-speed auto really hampers it. Kickdown takes an age, and when it happens, it’s very jerky. And there are no plans to build a manual.

Which leaves Subaru with a problem. The company is aiming the Tribeca squarely at premium SUVs, such as the BMW X5 and Volvo XC90, but not only do its alleged rivals offer cracking diesels – which the Tribeca is lacking – they also offer a premium experience. The Tribeca, sadly, still treads the quirky path that’s been so well worn by Subarus in the past.

Verdict: Well-equipped SUV. Afflicted by a serious attack of face-ache though, and suffers from a shocking auto.