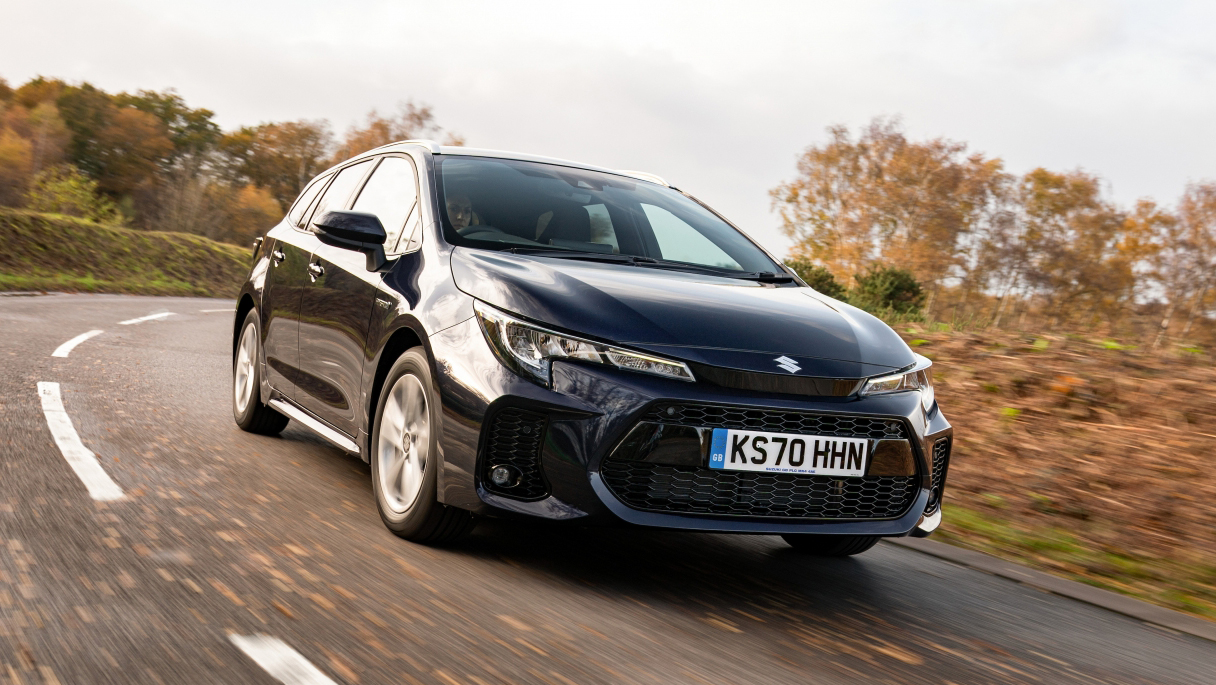 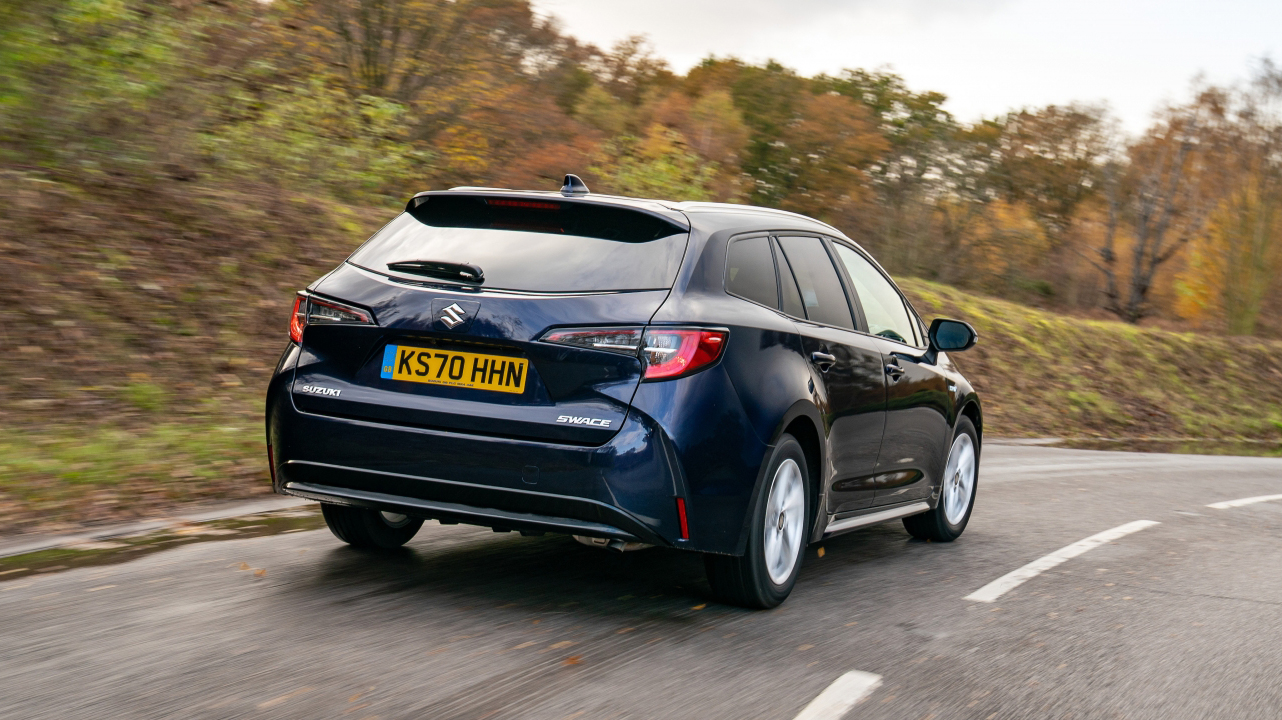 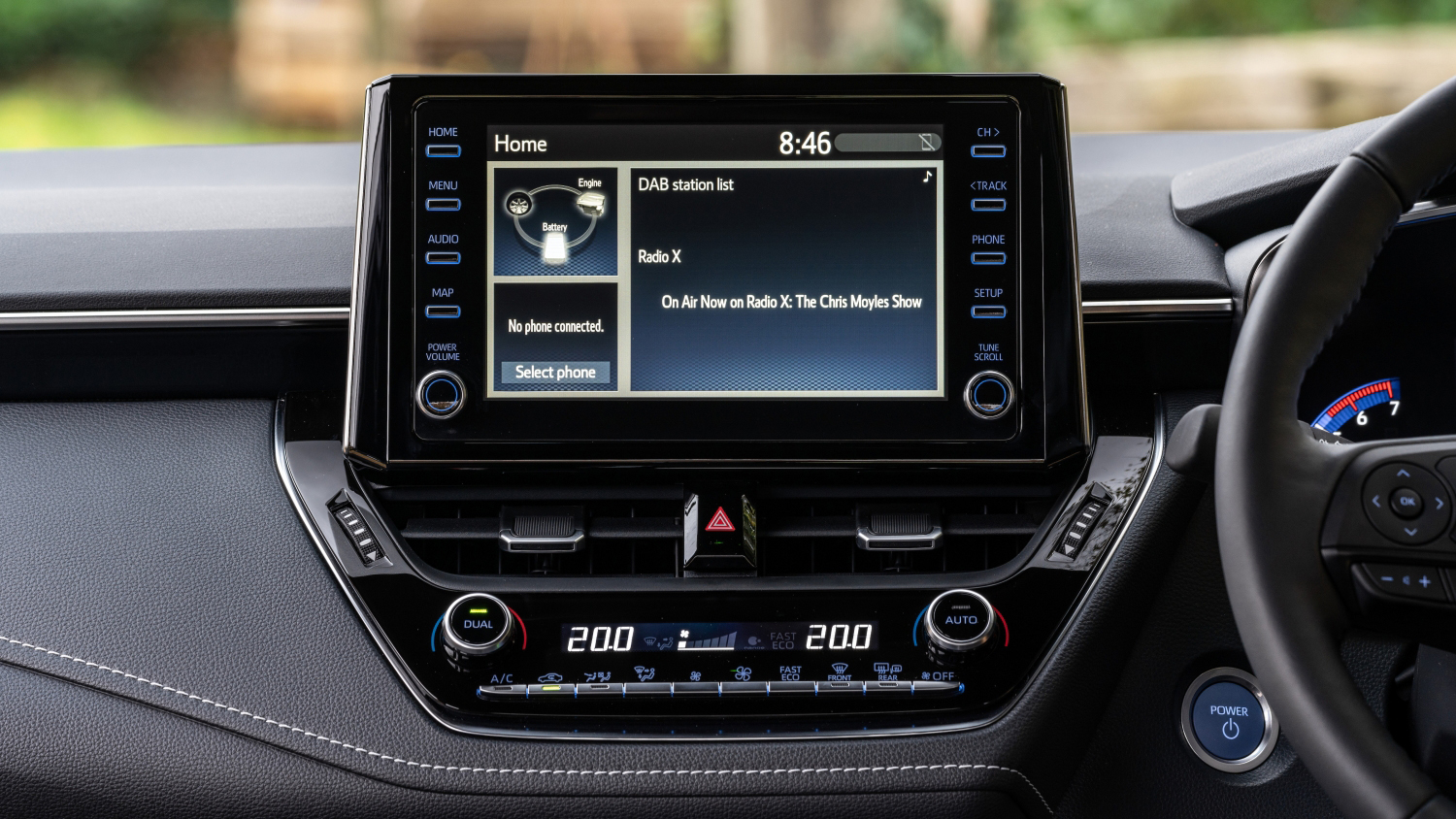 1 / 10
Advertisement
“Far from the most exciting thing, but a sensible and affordable option ”

Good-looking, efficient and sensible hybrid estate. Not an SUV

Could fairly be described as a lazy attempt from Suzuki

Looks strangely familiar, this new Suzuki Swace, doesn’t it? If you were yet to hear about Suzuki’s new badge-engineering enterprise, you’d be forgiven for struggling to place where you recognised the shape from.

As soon as you’re told this is a rebadged Toyota Corolla Touring Sports, though, it becomes extremely hard to spot any styling changes that Suzuki has bothered to make. Spoiler alert if you fancied a game of spot the difference – only the grille and the front bumper have received slight alterations.

Still, the Swace is a very smart looking estate. Maybe we’ve got too used to the awkward image of jacked-up crossovers, but there’s something to be said for the Toyuki’s clean lines and small 16-inch wheels.

Suzuki is keeping things simple on the powertrain front too. The only option is a 1.8-litre hybrid that pairs a 100bhp four-cylinder petrol engine with a 70bhp electric motor, with the two working together to produce a maximum of 120bhp at any one time. That power is sent to the front wheels through our old friend the CVT gearbox, and Suzuki claims that the teeny battery allows EV-only running for ‘short distances’.

You can’t have the Corolla’s more powerful 2.0-litre hybrid powertrain in the Swace, but because it comes with plenty of kit as standard the entry price is £27,499 for the base-spec SZ-T version (more on that later) – that’s compared to the Toyota’s current £25,750 entry point.

So, what does each party get out of this little deal? Well, Suzuki gets to sell efficient hybrids that bring its emissions figures down, without having to do much work at all, and Toyota gets to increase its ever-growing influence throughout the industry. Oh, and there’s good news for the British car industry, because each Swace will be built alongside the Corolla at Toyota’s Burnaston factory in Derbyshire.

“Far from the most exciting thing, but a sensible and affordable option”

In reality, there’s no way to recommend the Swace or the Corolla over one another. They’re extremely similar to the point of remaining virtually the same car.

If you prefer the Suzuki’s face, buy the Swace. If you want the same car with a more powerful engine, or if the Toyota dealer is closer to your house, then buy the Corolla Touring Sports. Both are well-sorted hybrid estate cars with a well-judged focus on comfort and miles per gallon.

The Swace won’t provide the most engaging driving experience, but there’s a good amount of kit as standard, the materials are all nice enough and it feels well screwed together.

Plus, even though Suzuki doesn’t plan to sell too many of these things per year (it’s targeting 2,000 during the Swace’s first year on sale), any little boost to the UK’s car building industry is welcome at this time. Good effort.