Read why you can trust our independent reviews
Jason Barlow
Published: 30 Aug 2018
comments
Skip 8 photos in the image carousel and continue reading 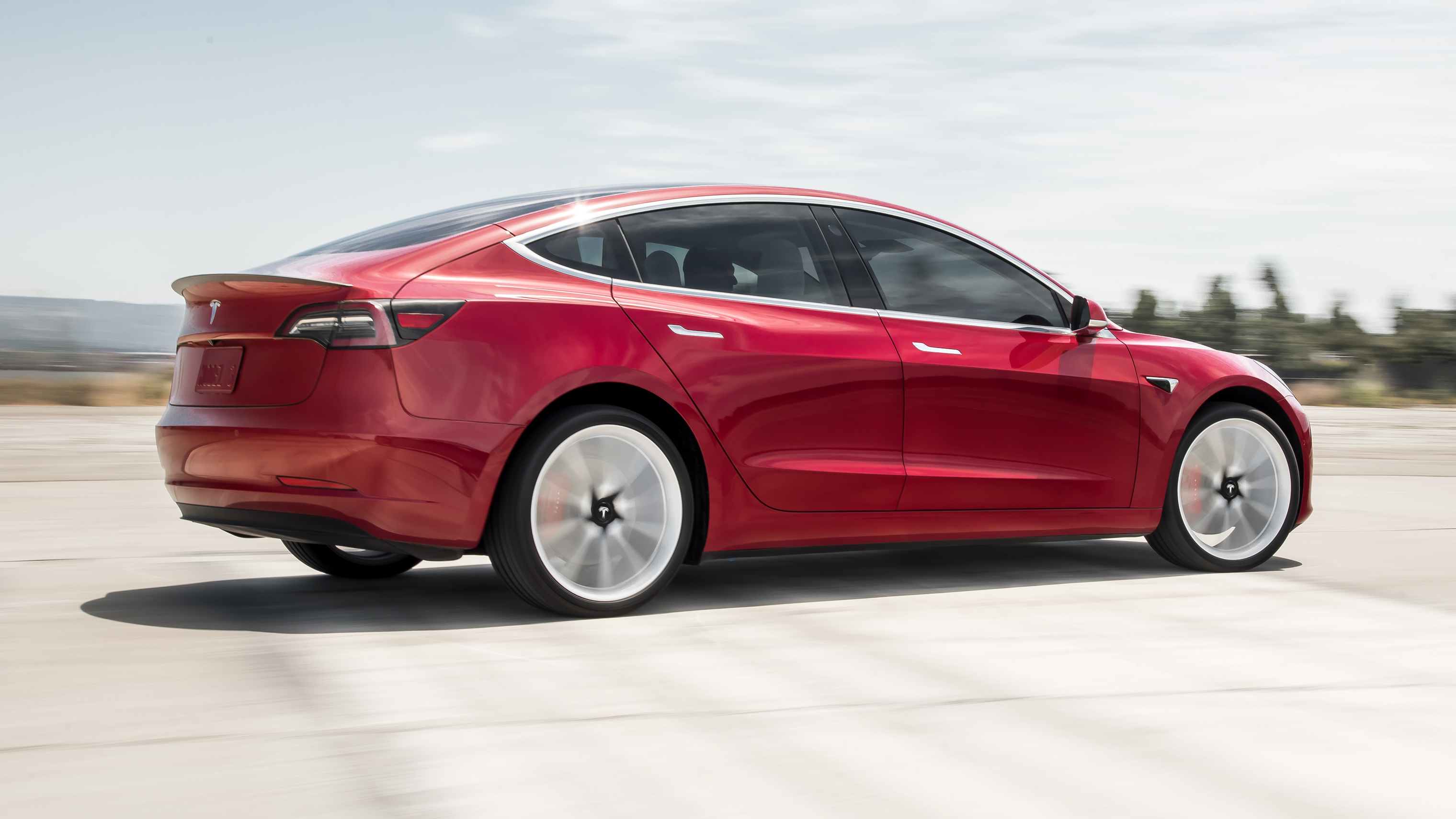 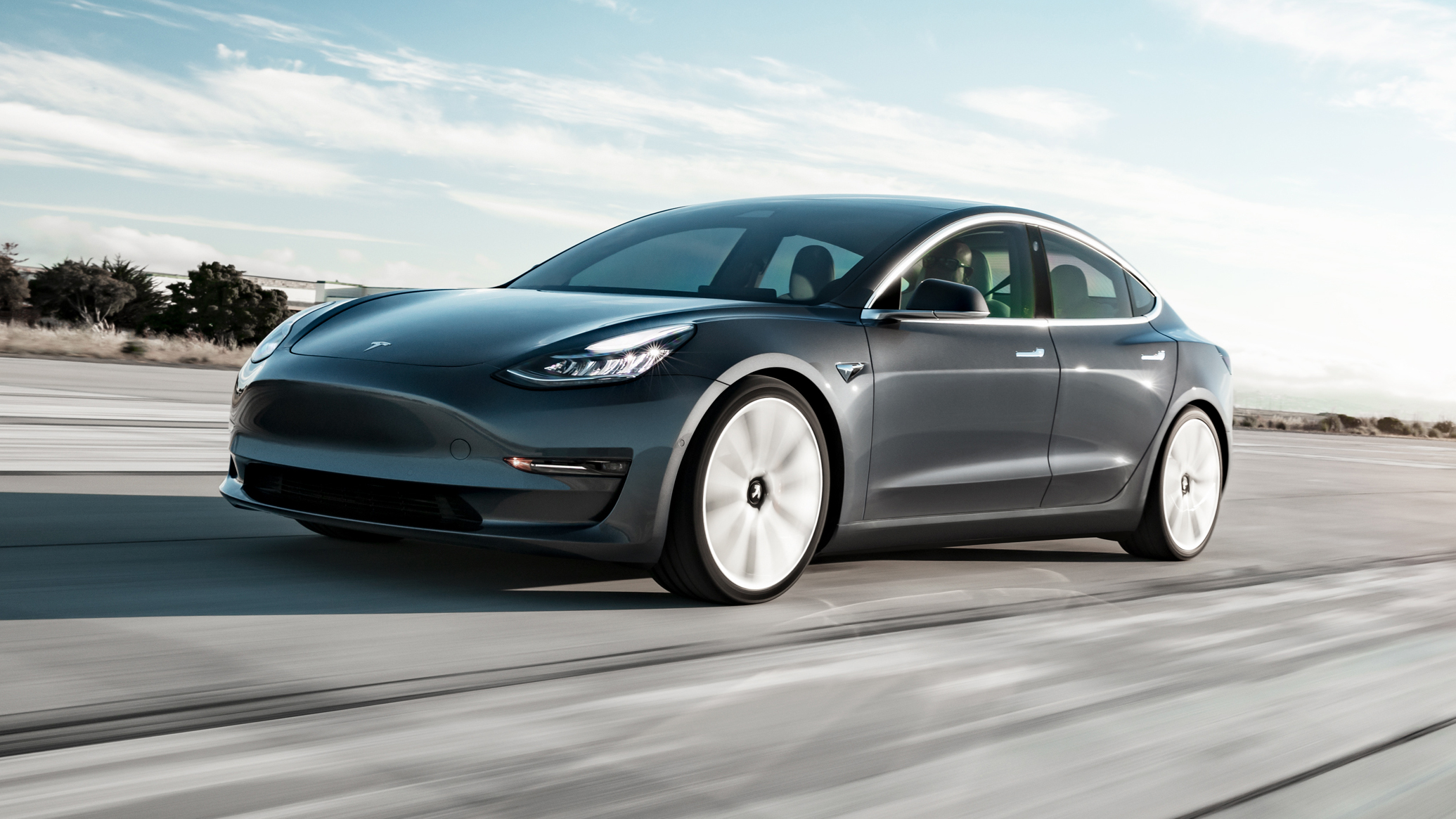 More Tesla news? What’s Elon been up to now?

Between rockets, submarines, antagonising social media and Tesla’s on/off private/public status, it’s easy to forget that Tesla actually makes cars. We love the Model 3 in regular form, now here comes the Performance version. This is the one for which the temptation to insert the letter ‘M’ ahead of the 3 is almost irresistible.

On paper, most definitely. The truth is that, as much as we admire BEVs, not one has yet landed that genuinely stirs the emotions like our old friend internal combustion (although Jaguar’s I-Pace gets close).

The smaller Model 3 isn’t just the Tesla that promises to transform the Californian ultra-disruptor into a viable volume car maker, it’s also the one that should add true chassis interactivity to the dilithium crystals warp factor nine straight-line acceleration schtick. Especially in Dual Motor Performance guise.

And how does it intend to do that?

Let’s have a little recap first. Three versions of the Model 3 are currently available in the US: Long Range Rear Wheel, Long Range Dual Motor, and Performance, the last of which is based on the dual motor set-up. This adds an AC induction motor upfront – as in the Model S and Model X – and a partially permanent magnet rear motor with silicon carbide inverters. One of the motors is performance-oriented, the other is there primarily to help extend range, and the inverters have been further optimised. Tesla says the following about the Performance: "It creates a more aggressive and playful driving experience, both on the road and on the track." These are noteworthy adjectives. Remember, when Elon Musk banked the first of his many millions, he bought himself a McLaren F1. He’s fundamentally a car guy. Tesla wants to make the world a better place, but that doesn’t preclude having fun while you’re doing it. A Tesla you’d do a track day in? Apparently so.

Sounds like our kind of electric car. First impressions?

Rarely have those last two words been more apposite, and the context was interesting, too. TG.com had the use of the Model 3 Performance during Monterey week, in the run-up to Pebble Beach. In fact, as we headed to the Quail Lodge gathering – where Bugatti was debuting the Divo – we followed a Ferrari 250 GT California Spider for ten miles, spotted two Porsche 918 Spyders, two LaFerraris, and more McLarens than you could shake a giant Redwood stick at. We’re talking car Nirvana here, an ocean of automotive pulchritude. But the Model 3 felt great, perfectly at home. Sure, there’s still a big novelty factor, but it’s also one of those cars that passes the 50 metre test – effortlessly.

It just feels… right. Once you’ve acclimatised to the minimalist interior, you can’t help wondering why all cars aren’t designed this way. The air vents span the whole length of the cabin, there are two column stalks – wipers, and the drive selector – the 15in touchscreen is now landscape-oriented, and the hazard warning button is above your head. Whatever in-car feng shui is called, the Model 3 has it. OK, so you have to operate the electric windows via old-fashioned switches (Tesla hasn’t mastered telepathic operation yet, though it’s surely working on it), but you push a nicely damped little button to open the door. The touchscreen is now a doddle to use, with the key functions located closer to the driver on the screen, and the connectivity is instant, in California at least. The whole effect is enlightening and positively therapeutic.

But it all crumbled the moment you drove over the first pothole, right? Like a big breadstick...

No. That’s the other thing. Despite the well-publicised production travails, the Model 3 feels perfectly well put together. Still some way shy of an Audi, BMW, Mercedes or Lexus, but way better than expected. I dislike the pop-out exterior door handles, and the doors themselves don’t shut with a Teutonic thump, but overall quality is good. Certainly good enough.

Hmm. Maybe Tesla is hand-building its test cars like some Italian supercar companies are rumoured to do. Anyway, moving on. Tell us more about the Performance’s, erm, performance.

Here are the headlines. It’ll do 60mph in 3.5 seconds. Power output is equivalent to approximately 450bhp (versus 271 for the standard car and 346 for the Dual Motor), with 471 torques. In the US, Tesla claims a 310 mile range (EPA). The suspension has been lowered by 10mm, but the bump stops are engaged earlier to protect the ride. Tesla has also been working hard on its Vehicle Dynamics Controller (VDC), to refine the integration sweet spot between powertrain and traction and stability controls. The regenerative braking set-up is largely unchanged but Tesla can do more with the regen harvest as the car’s potential is further exploited. There’s also a new Track Mode.

So here’s the killer question: can it mix it with the German high performance hegemony? Shall I cancel my C63 order?

As ever, given the instantaneous torque whump you get in an EV, its acceleration from a standing start is awesome. Stamp on the fast pedal, and the interior atmosphere suddenly becomes rather less therapeutic. But the big story here is the way it handles. One of Tesla’s engineers described the Model 3 to me as being effectively mid-engined, with the resultant lower polar moment of inertia. Its centre of gravity is pretty good, too. So you really can hustle it, its body control is fine (despite its 1,800kg-plus weight), its steering feel good enough and arguably superior to a lot of electric set-ups. Look, it’s not as much fun in absolute terms simply because changing gear – even via software-attenuated flappy paddles – is still core to the fun (and I’d have a proper manual, if possible, old git that I am). Then there’s the issue of sound, of which the Model 3 makes little beyond the customary whir, overlaid by wind rush and tyre thrum as you gather momentum. The seats – $1,500 optional Premium White LA-spec in our car, which wouldn’t last five minutes if you regularly ferry children about – also lack support. Altogether, though, this is a satisfying way to get around. Deeply satisfying, in fact, when you include the zero emissions hygiene factor, and the promise of regular ‘over-the-air’ updates.

This all sounds fabulous. Like the future, in fact.

Absolutely. But it ain’t cheap. It helps to twiddle your mind-set to the same one you employ should you be thinking about a BMW M3 or Mercedes AMG C63, ie: tread carefully. Our car had the Performance Upgrade Package (not known as PUP for short), which adds 20in wheels and bigger Michelins, increases the top speed to 155mph, adds superior Brembo brakes with lightweight two-piece rotors for improved heat management, a carbon fibre rear spoiler, and various discreet styling amendments (although it remains extremely subtle looking). All up, our test car was $78,000, and things being what they are geo-politically, that’s probably what we’ll end up paying when the Model 3 lands in the UK sometime next year (no confirmation on the exact date yet, for obvious reasons).

Pretty much. The Model 3 Performance is a blast. Whether you’re a Tesla – and Elon – fanboy or girl, this thing makes a major case for itself on its own merits. Sure, there are still significant infrastructural issues in the UK, and we could do with more superchargers (there are just over 8,500 in 1,100 locations worldwide). Unlike the Model S and X, you also have to pay as you charge: it’s not part of the package. Install a domestic wall box, and you can juice up at a rate of 16.5kW, equivalent to 51 miles per hour. Here’s the thing, though: while we waited to collect the car, we watched a big screen relay live updates on global stats: Tesla has ‘enabled’ 1.474 billion miles and saved 67 million gallons of gasoline, amongst other things. During the next 12 months and beyond, the big automotive OEMs will be unleashing their pure-EV rivals. The Model 3 is combat-ready.