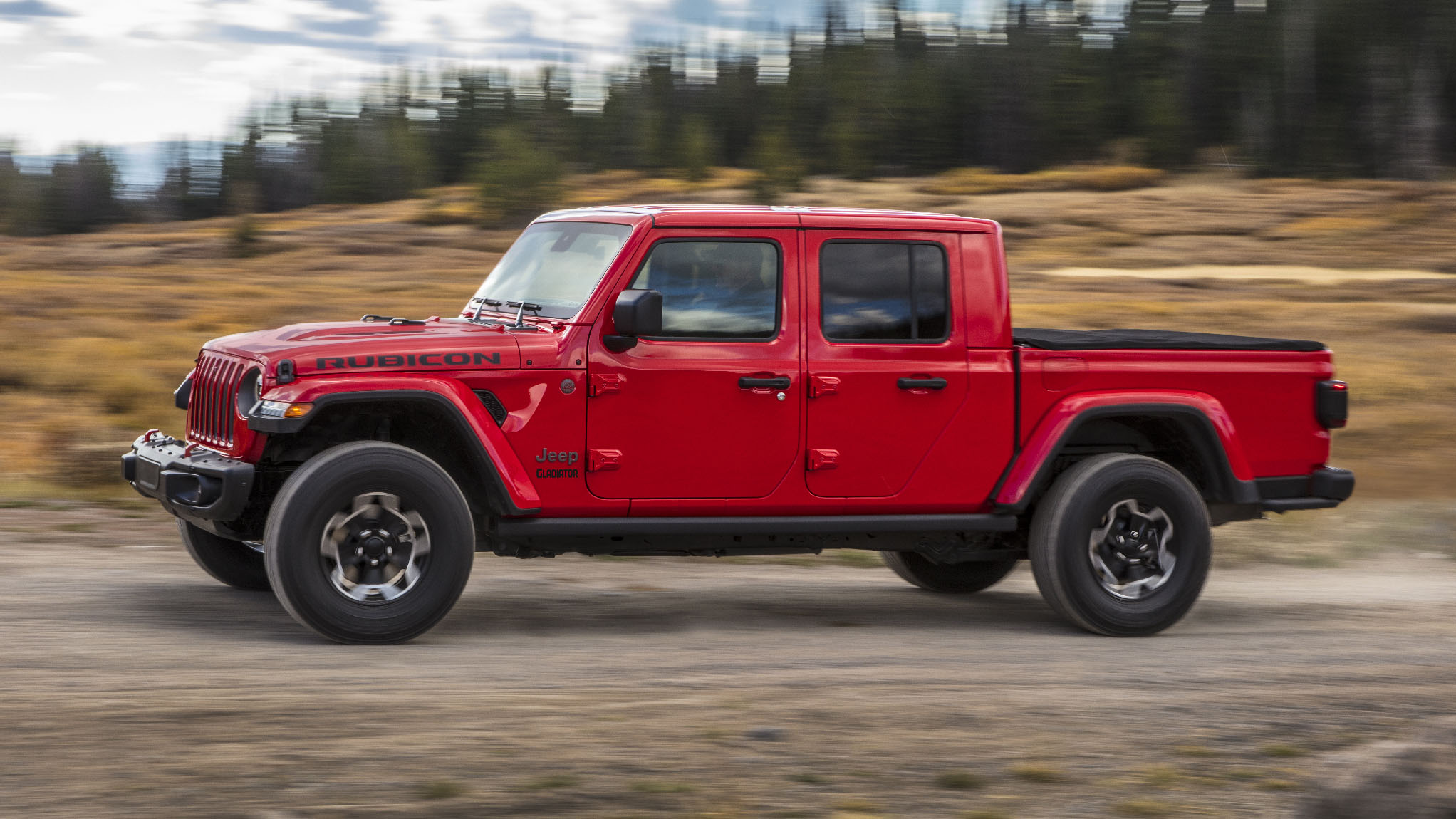 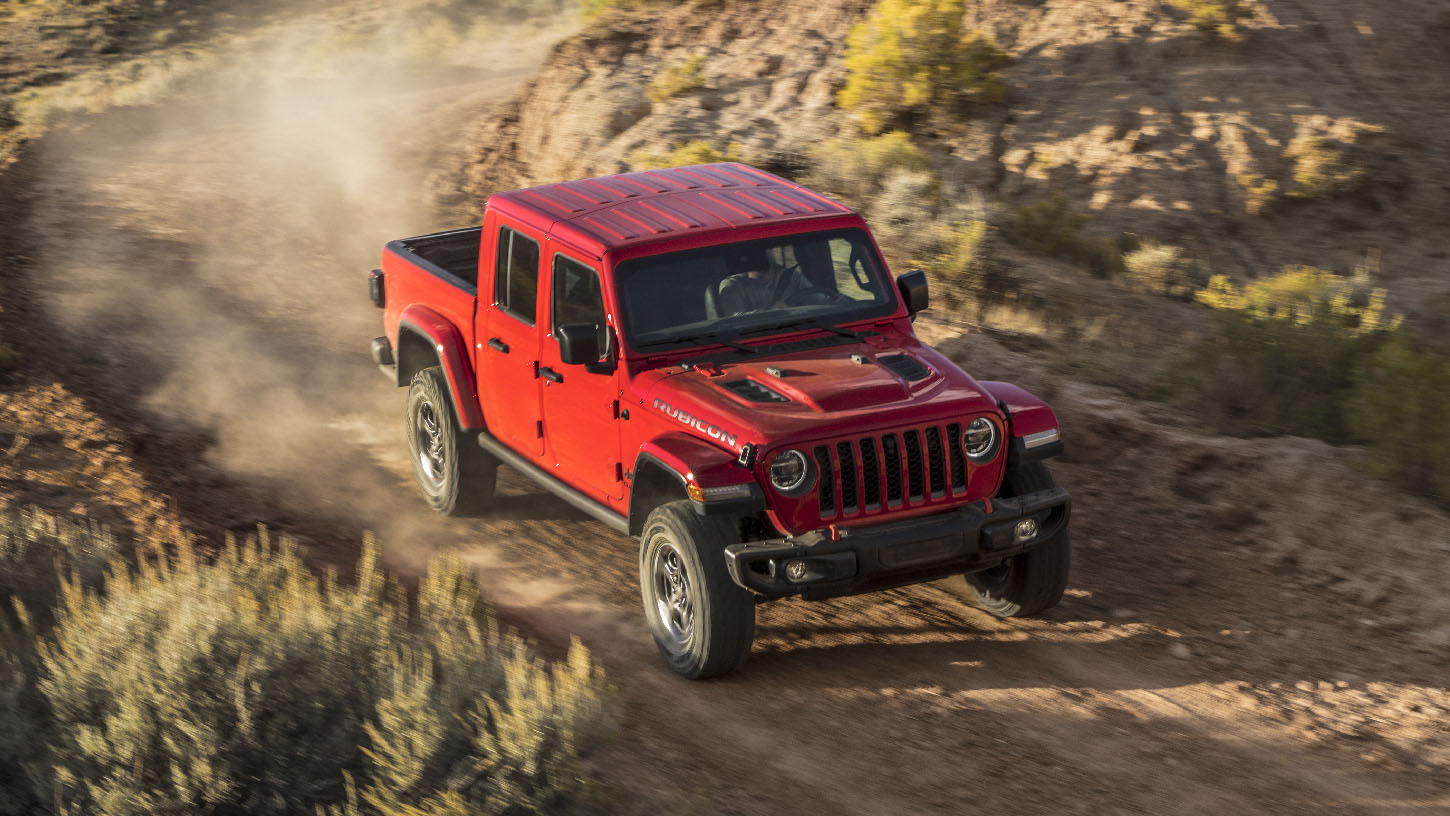 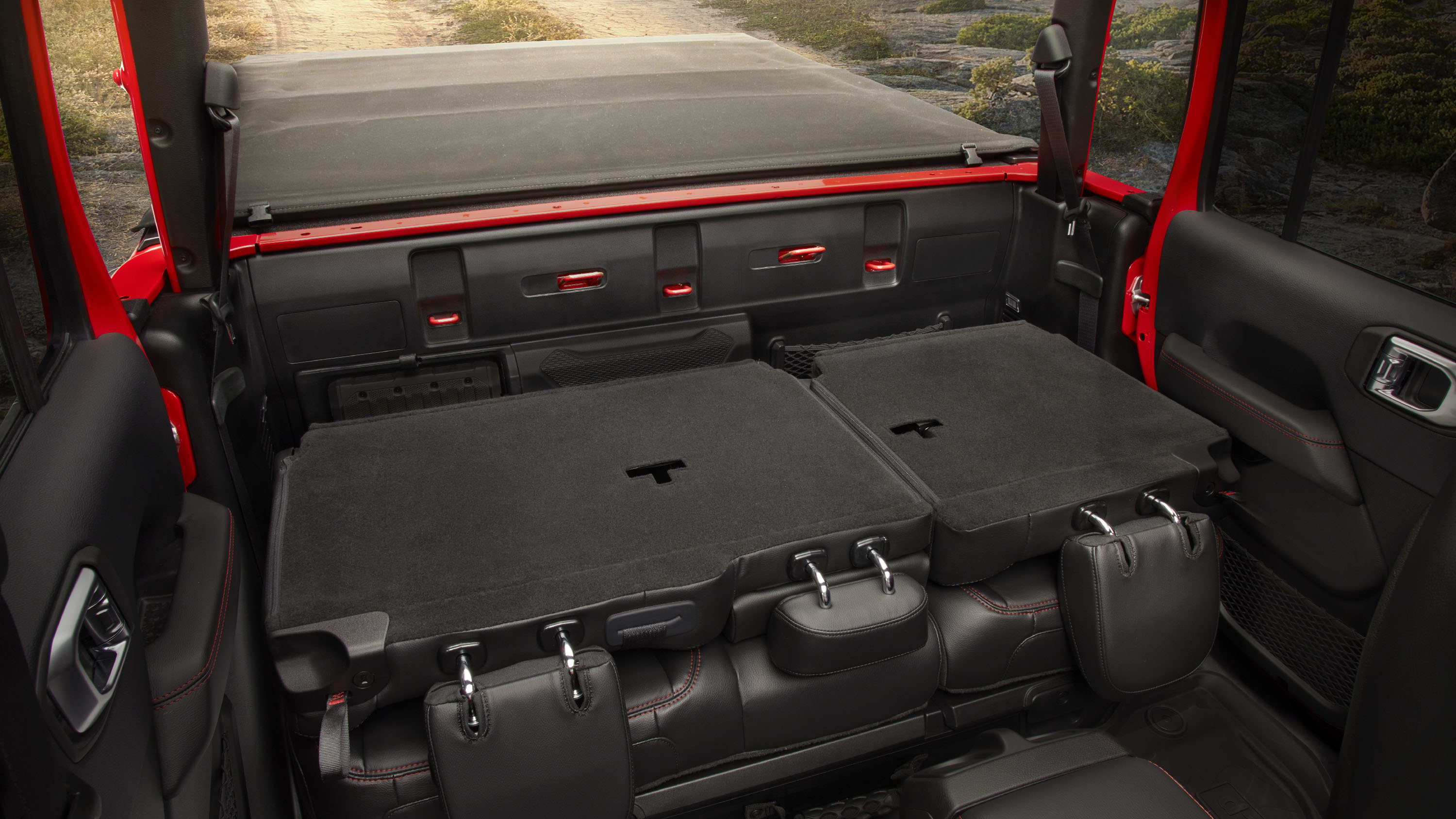 Careful with that configurator - extras add up fast

The new Jeep Gladiator might look like just a Wrangler with a pick-up bed attached. But it’s quite a bit more than that – it’s the beginning of your adventures. It’s been over 27 years since the last true Jeep pick-up featured in the range – the Jeep Cherokee-based trucklet called the Comanche – and 33 years since the stretched CJ-8-based half-cab Scrambler saw the light of day. So the company hasn’t taken lightly the launch of this truck.

Jeep has given it all the take-the-doors-off, open-air, go-anywhere freedom and ruggedness of the Wrangler. Then it’s added a platform to carry up to 1,600lb or tow up to 7,650lb of toys or cargo. Jeep reckons it is the very best in the midsize class – that includes the new Ford Ranger, Chevy Colorado and Toyota Tacoma.

And, once you’ve had a walk around it, driven it on and off road, it’s not hard to see why. It’s very much a lifestyle truck, with a focus on facilitating adventures, rather than being purely functional. It’s not cheap, the base model costing a full $10k more than the base model of other mid-size trucks, but then they don’t have half of the emotional draw.

The range is relatively simple to navigate. There are four variants to choose from: the base Sport, Sport S, mid-priced Overland and the full-house rock-crawling Rubicon. All models are Trail Rated – the Sport and Overland models get Command-Trac 4x4 systems, the Rubicon getting the pro-level Rock-Trac set-up which includes heavy duty axles, electronic sway bar disconnect and a crawl ratio – in the six-speed manual version – of a scarcely believable 84.2:1.

Why did the company go with the Gladiator name rather than the Scrambler moniker? Simple, says Jeep. Because Gladiator has always been the name of the full-size Jeep trucks since they started making them in 1962. So, as much as everyone loves the Scrambler name, it wasn’t right for this application. Jeep could add a half-cab version at a later date and bring it back.

What caused the decades-long wait for a new Gladiator? The brand people say they have been so busy trying to keep up with global insatiable appetite for Wranglers – annual demand has tripled for the model since 1997 – there hasn’t been time or space.  But then a couple of years ago they found $700m down the back of the corporate couch to retool the Toledo factory and make space for the new Jeep pick-up. And here it is.

The Jeep Gladiator is probably not the truck you need – it’s the truck you want. In the same way that the Ford Raptor shuns its workaday F150 roots and sells you on its rarely-used but much touted sand-flinging, Baja-rushing heritage instead, the Gladiator allows you to freely associate with the adventure and utility  of Wrangler and RAM product, then delivers the slam dunk by giving you both brands’ best bits in one package.

Even though its starting price of over $35k is way above any of its mid-sized competition, that really isn’t an issue. The closest competitor is the Chevy Colorado ZR2 which starts at $41k and really doesn’t get close to the Gladiator in terms of visual and brand appeal. As competent as the ZR2 is, it also doesn’t feel anything like as special and fun to drive. We’ll be doing a head-to-head test to dive deeper into that one.

So should you get a Wrangler or a Gladiator? If space is an issue and you do more urban work, then the shorter Wrangler makes more sense. But the added flexibility and carrying capacity of the Gladiator – especially with a bed cover – adds a completely new dimension to the Jeep brand. One that links Jeep to a whole new world of vehicles to be carried and towed. For that reason alone that would make it our choice.

Which model to get is a bit more of a headscratcher. The Rubicon is clearly the most accomplished and bristling with Jeepness, but an Overland in black with a lift kit and some bigger wheels would be a great daily driver for a good chunk less. But it doesn’t really matter. If you like the way it looks, you’ll be ecstatic with the way any of the Rubicons operate. It does exactly what it says on the tin.