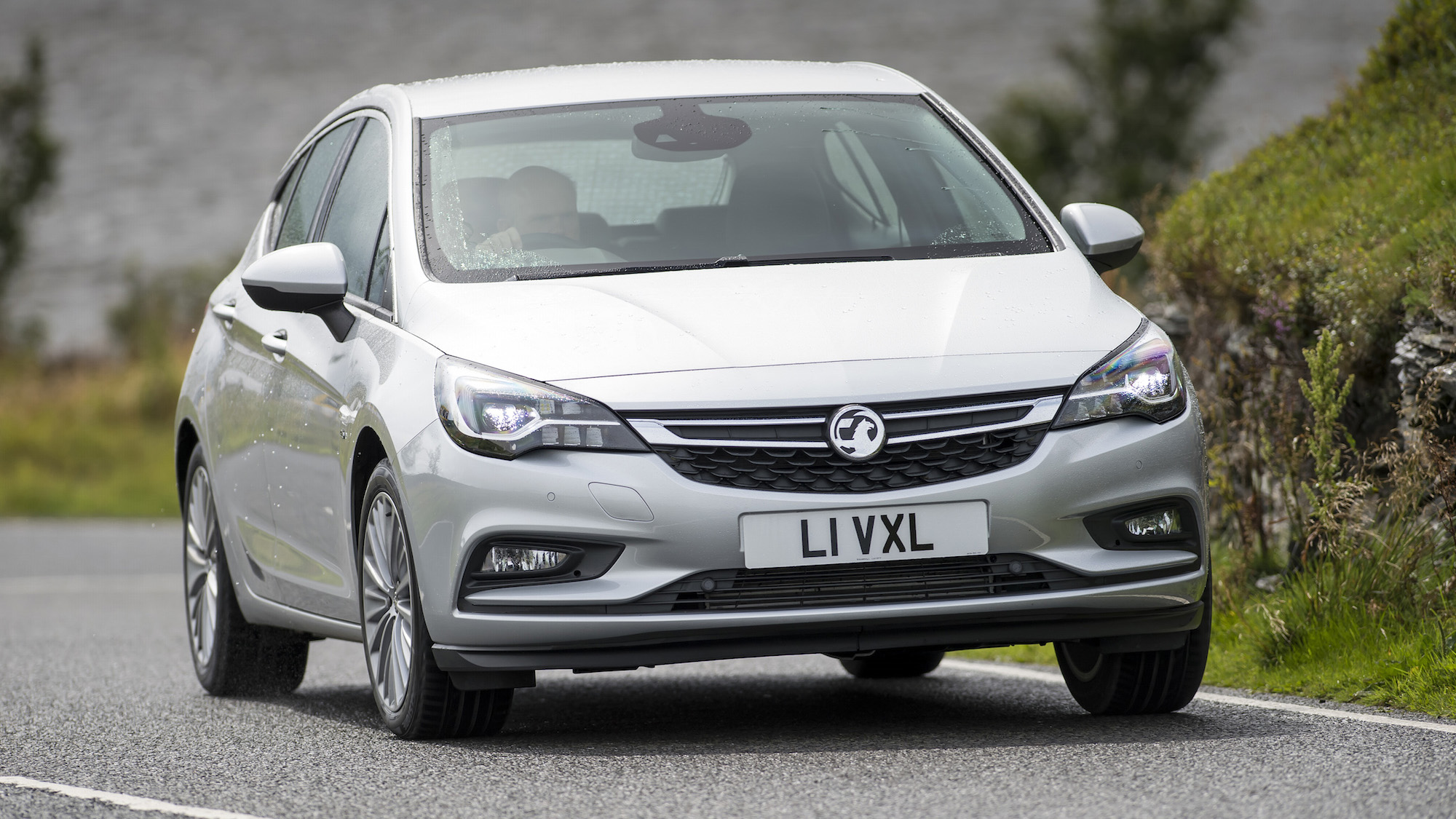 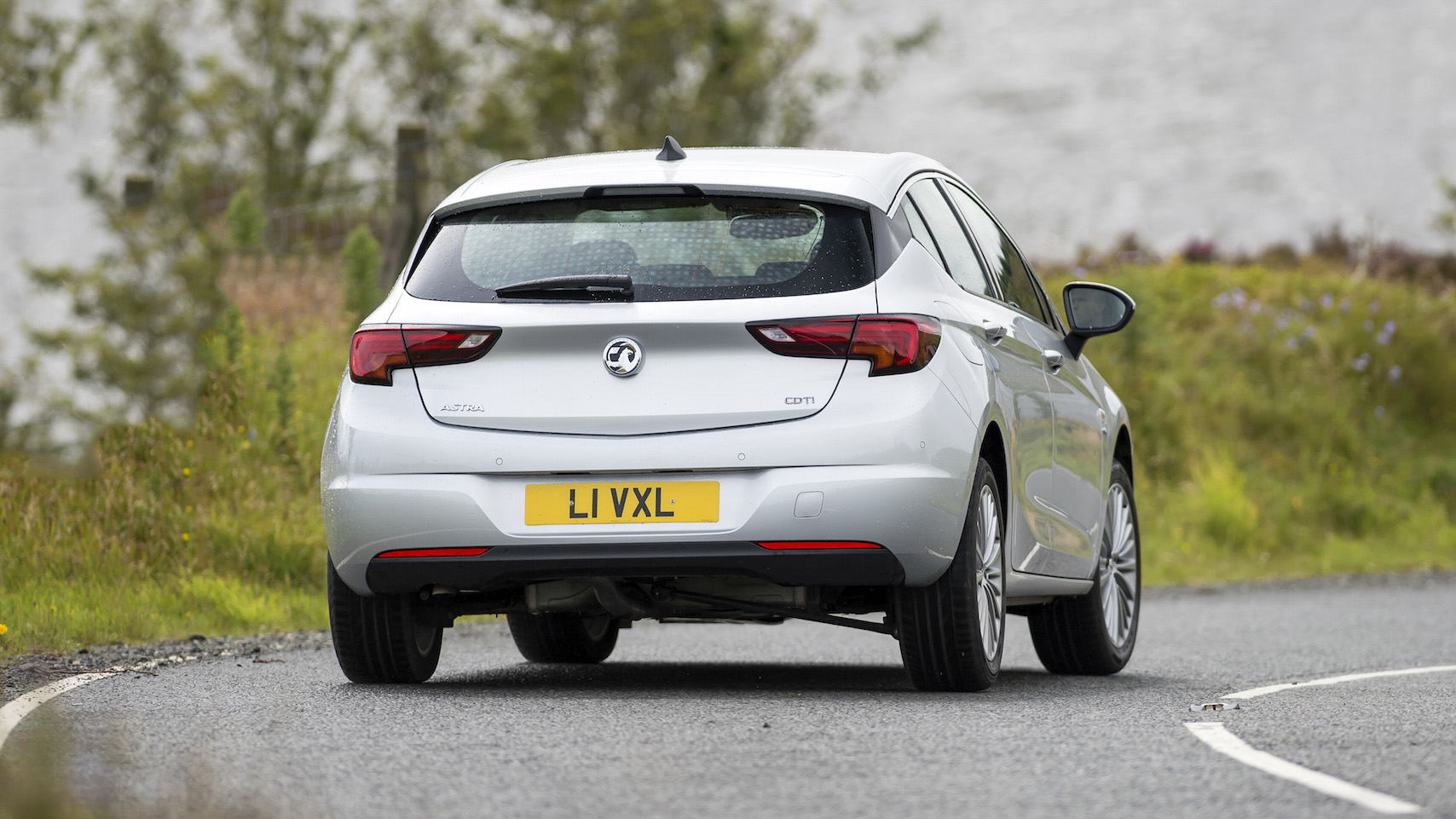 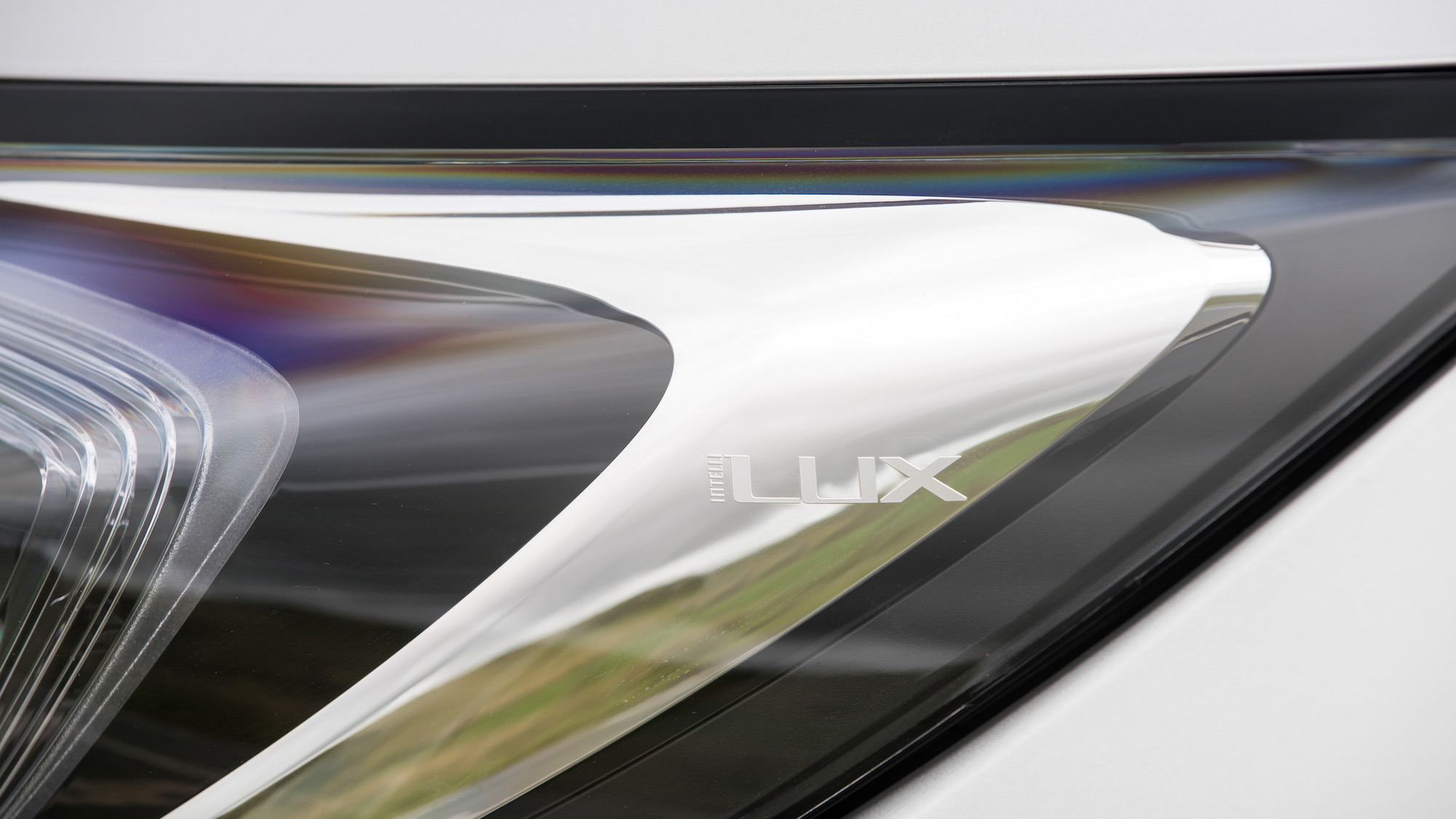 What’s this, then? Another worthy-but-dull Vauxhall?

It’s the new Astra. Yes, it’s worthier than ever, but not so dull. It looks more swish and trim than it ever did. It feels a whole lot livelier, because it's much lighter than before.

And it has smoother, more powerful and economical new engines. Not to mention an extraordinary comms package on most models that includes a fast wifi hotspot with all the data you can eat.

Can we take those things one-by-one?

Looks first. It's a much lighter car, as we'll see, and there's a crispness to the sheetmetal that emphasises the point. That blacked-out gap between the kicked-up rear pillar and the 'floating' roof above it has the effect of making the Astra look lower when you view it from alongside, and wider from astern.

At the front, a body-colour blade that sweeps beneath each foglight also stretches the visual width and helps make the nose sniff the road. The lighting follows fashion with some nicely worked 3D effects at the front and back.

The big new control screen means Vauxhall has swept away the platoons of buttons that used to march all over the centre console. Lots of cars do that these days, but many are are rendered infuriating by unintuitive menu structures and unresponsive screen.

The Astra sidesteps those pratfalls rather magnificently. It's a terrific system, and it comes as standard on most models, as well as CarPlay and Android Auto. The real, as opposed to virtual, parts of the cabin furniture are well-made and elegant for this class of car.

If you're driving at night, the optional adaptive LED headlamps are a huge asset, and no one else offers them in this class.

Tell me about all that lovely connectivity.

Most Astras come with OnStar. You can push a button by the mirror and talk to an actual human in Luton, who can get breakdown and emergency help. But they also have access to all the internet's info.

Better, instead of mucking about on your screen finding a POI when you don't know how to spell it or what category it is, you just tell the operator and they'll find it, and download the address to your car. Or any other address for that matter.

Or they'll tell you with some certainty about traffic holdups and how you might avoid them. Or whether your team won yet.

But I could always phone a friend, so what's the big deal?

Well, OnStar has a big fin aerial on the roof, which gives much better data reception than your phone. Better yet you, get 4G data free for the first year.

This feeds the car's apps like web radio, and also the wi-fi hotspot. So your bored back-seat passengers can ogle their iPads throughout rather than playing I Spy or indeed engaging in any sort of human interaction at all. They'll doubtless love it. 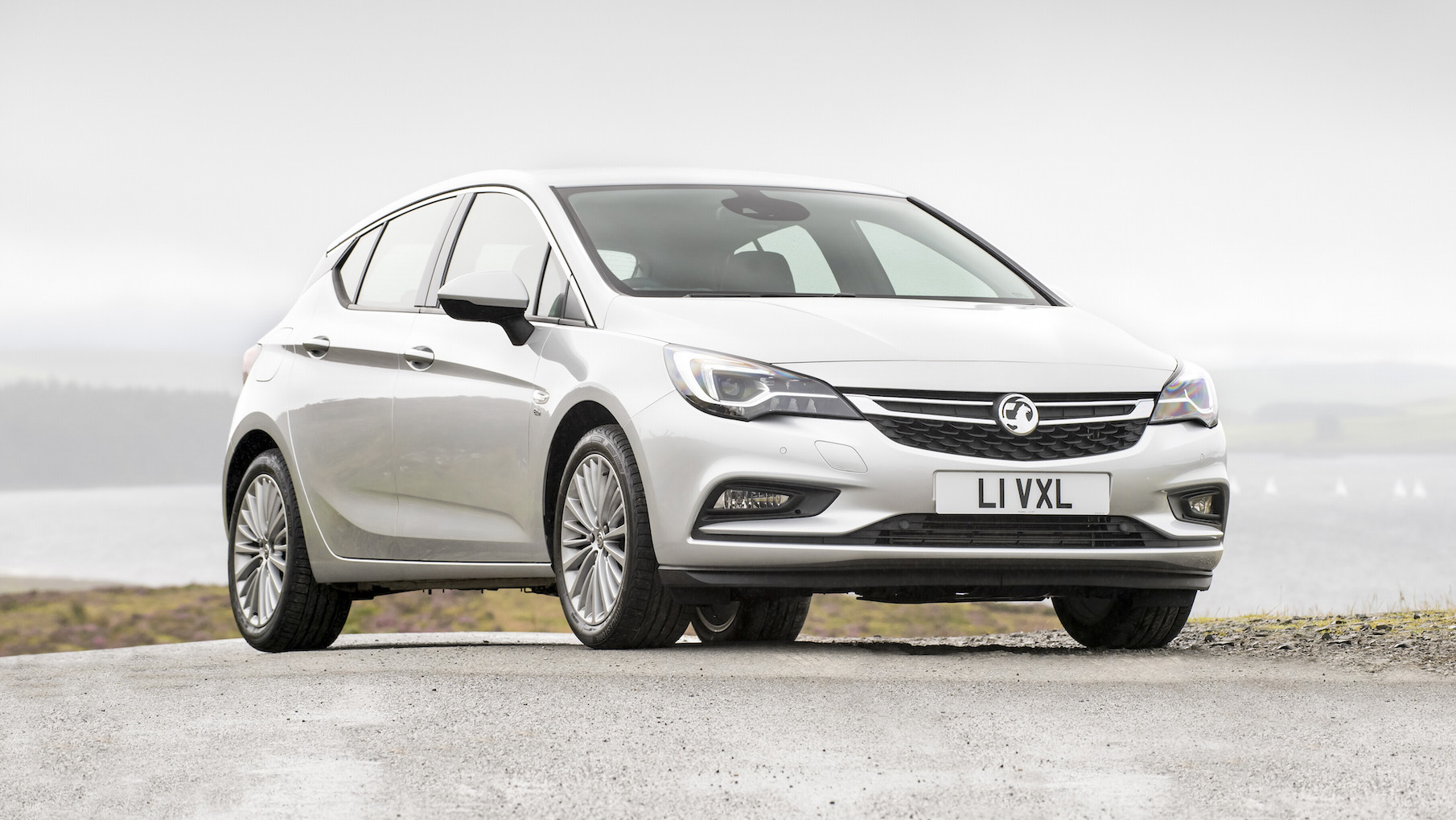 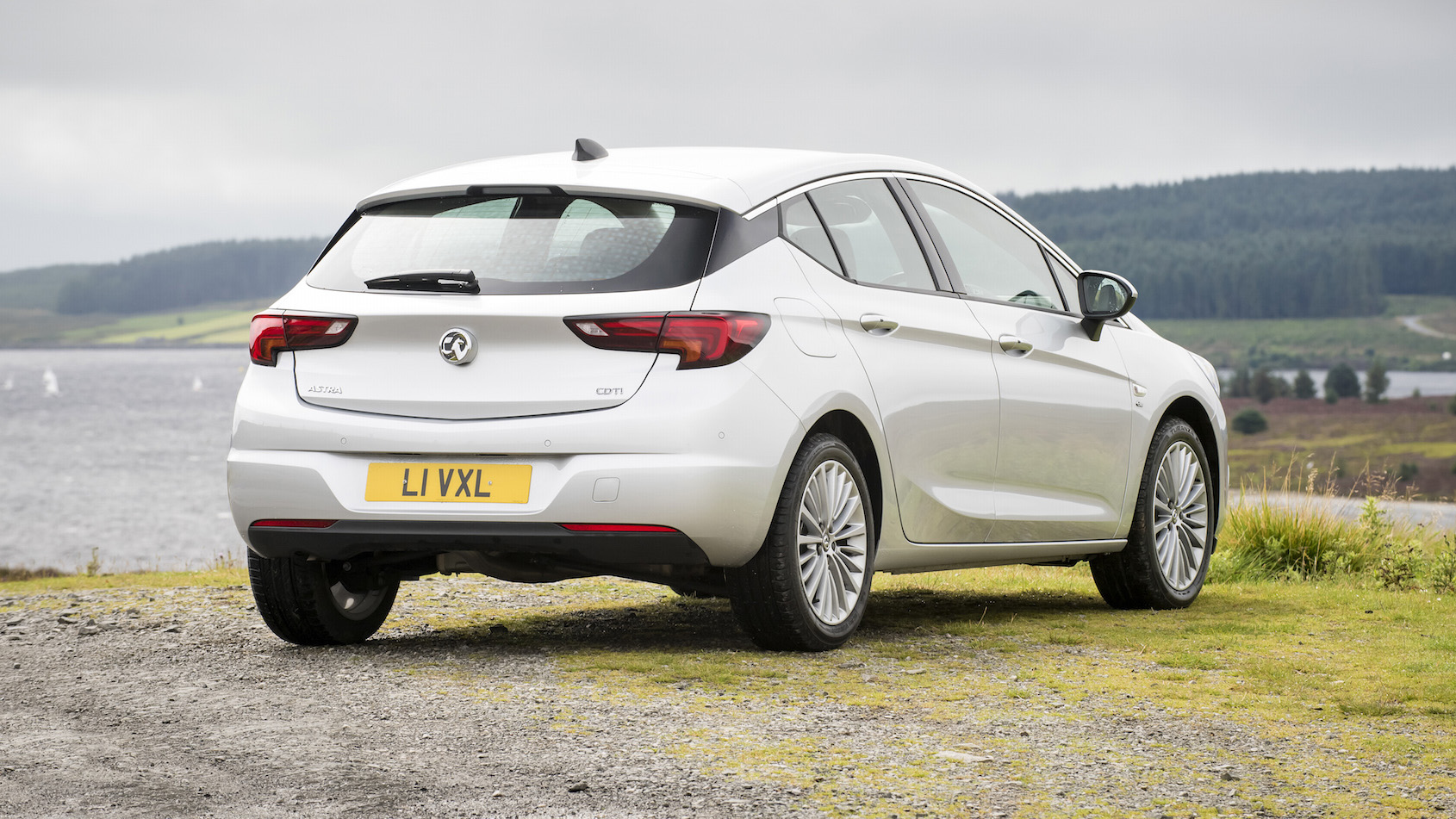 The Astra feels light, in a good way: nimble and willing. But it avoids tinniness or sense of being fragile. The lightness (between 130kg and 200kg less than its predecessor, depending on spec) was possible because the new platform was designed for just three cars: hatch, estate, and (not for Britain) saloon.

The previous Astra platform had to carry excess weight so it could be made into a seven-seat Zafira, and a 4x4 Antara, and a convertible Cascada. Not here.

So it corners well?

The steering is nicely progressive, so the Astra is a flattering car to drive. It resists understeer and body roll surprisingly well for a hatchback. Which means it's far better than those fashionable tall crossovers. And the suspension is supple enough that it'll go down a bad B-road without getting unstable over the lumps.

So it's got a decent ride too?

At most speeds. There's a little percussion in town, but nothing to worry about. The suspension is also fairly quiet, again not always what you'd expect in a light car.

Far more perky than before, because there are all-new engines, and it's lighter. So the new 1.4 turbo petrol with 150bhp is more than adequate, hauling to 60mph in under eight seconds.

It's quiet, and what sound you do hear is smooth if a little characterless. Turbo lag's never an issue, which is the main thing. There's also a very quiet new 1.6 diesel, which manages similar performance. Both are at the tops of their classes for economy.

So it's got the company-car chops?

Vauxhall wouldn't mess that up. And if you buy a new Astra or have it bought for you, there's no big reason you'd be wishing you were in a Golf or Focus or Leon or Mazda3 instead…