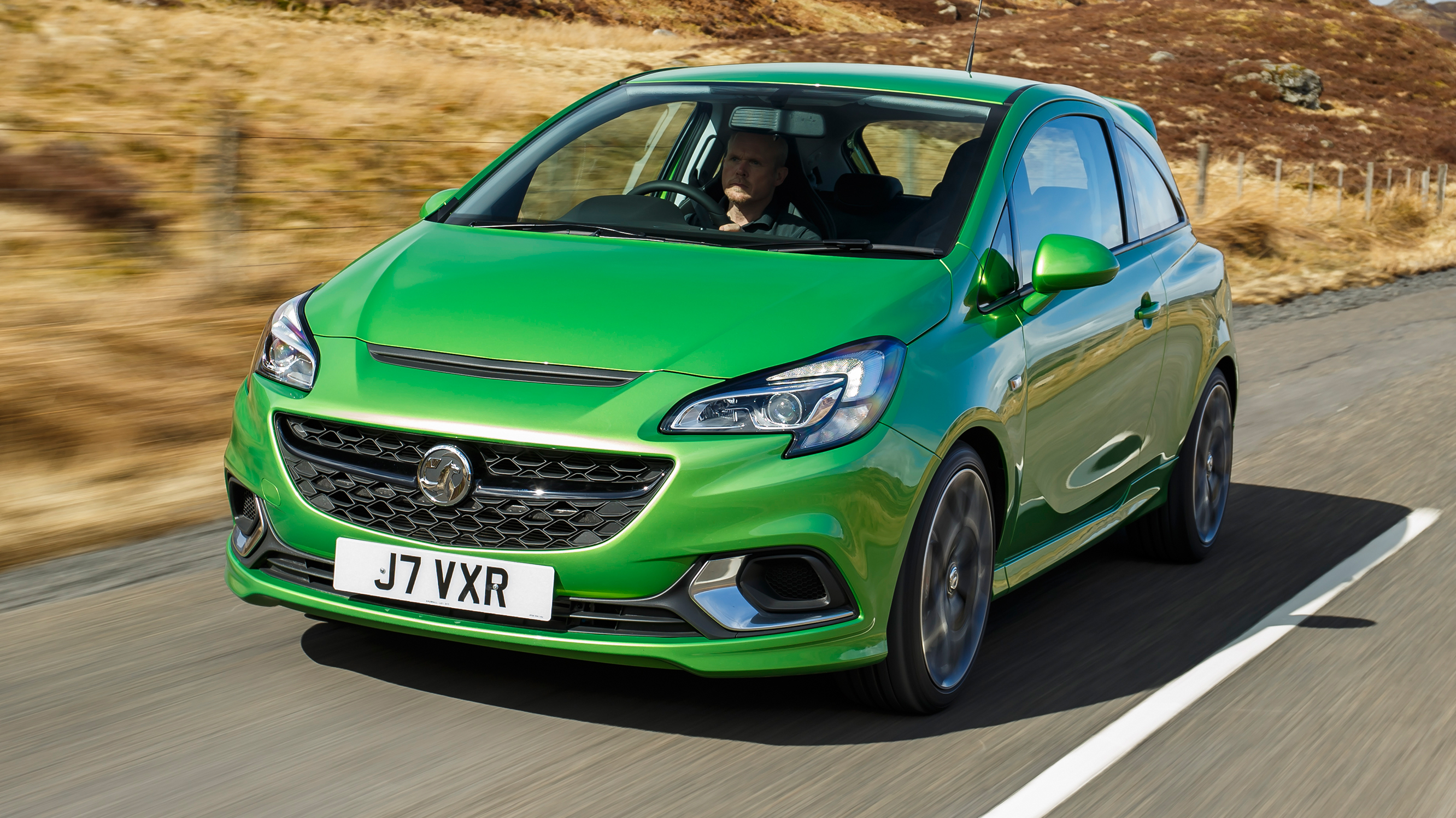 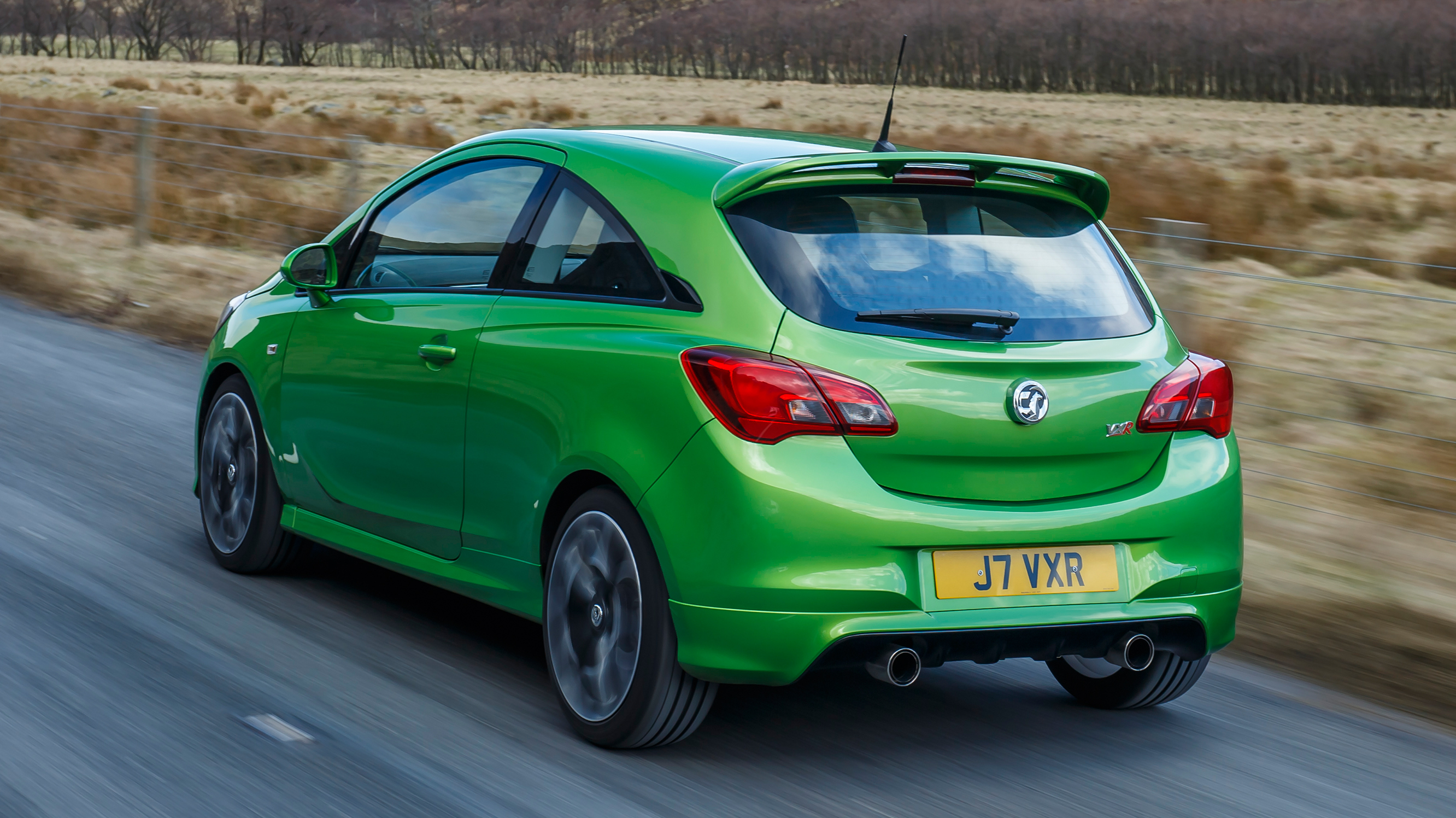 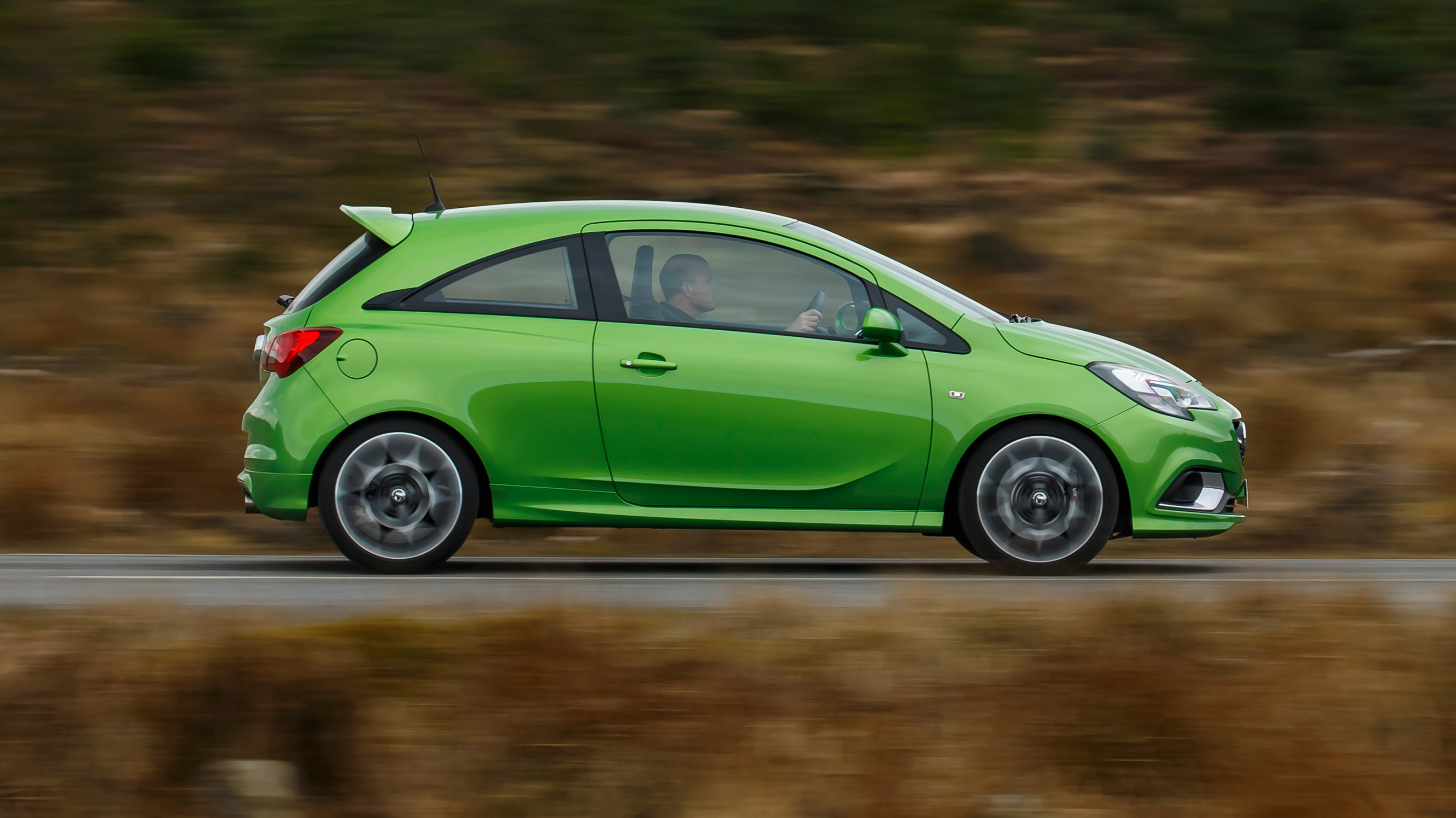 Remember that wacky relative who’d always ‘steal your nose’? A hilarious act when you’re three years old. But when you’re 21, and, **spoiler alert**, blatantly aware that they haven’t pilfered your proboscis, you wish they’d bring a bit more than that one trick to the family barbecue.

The previous-gen Corsa VXR was that relative. The later ones fitted with a face-warping Drexler mechanical limited-slip differential were peaches – TG Award-worthy, in fact – but, ultimately, a bit of a one-trick wonder.

Powering the front wheels is the same 1.6-litre turbo engine from the old car, but with new air filters, intercooler and a reworked Remus exhaust (previously only seen on limited editions) now standard.

The headline stats are 202bhp and 180lb ft of torque. Deploy a gratuitous right foot, and an overboost function sees that torque swell to 207lb ft for 11 seconds. That’s enough to see off 0–62mph in 6.8 seconds and on to a top speed of 143mph: slower than a Clio RenaultSport but, importantly, faster than a Ford Fiesta ST.

Overall power output may not have changed, but a quick look at the chassis reveals a comprehensive nose-to-tail revamp. Sitting 10mm lower with trick dampers from Koni, plus all-new bushes, uprights, a stiffer rear suspension set-up, plus different anti-roll bars, and, for the first time, a two-stage ESC system, it’s a serious shopping list.

Proves a spirited companion too. Thanks to a remap and slightly raised red line, torque has been spread thicker from 1,900rpm to 5,800rpm. This means you’re not fighting lag, and, as you’re in a juicier power band more often, there’s no need to scurry through the new shorter-throw but slightly stodgy gearbox.

It’s not all good news. Yes, the engine delivery is responsive, but it doesn’t will you on and ask for a thrashing. In its stride, at 5,000rpm, it drones, not sings. Plus there’s dreadful tyre roar from the 18in wheel/Pilot Super Sport combo that’ll be fitted or optioned on pretty much all cars. 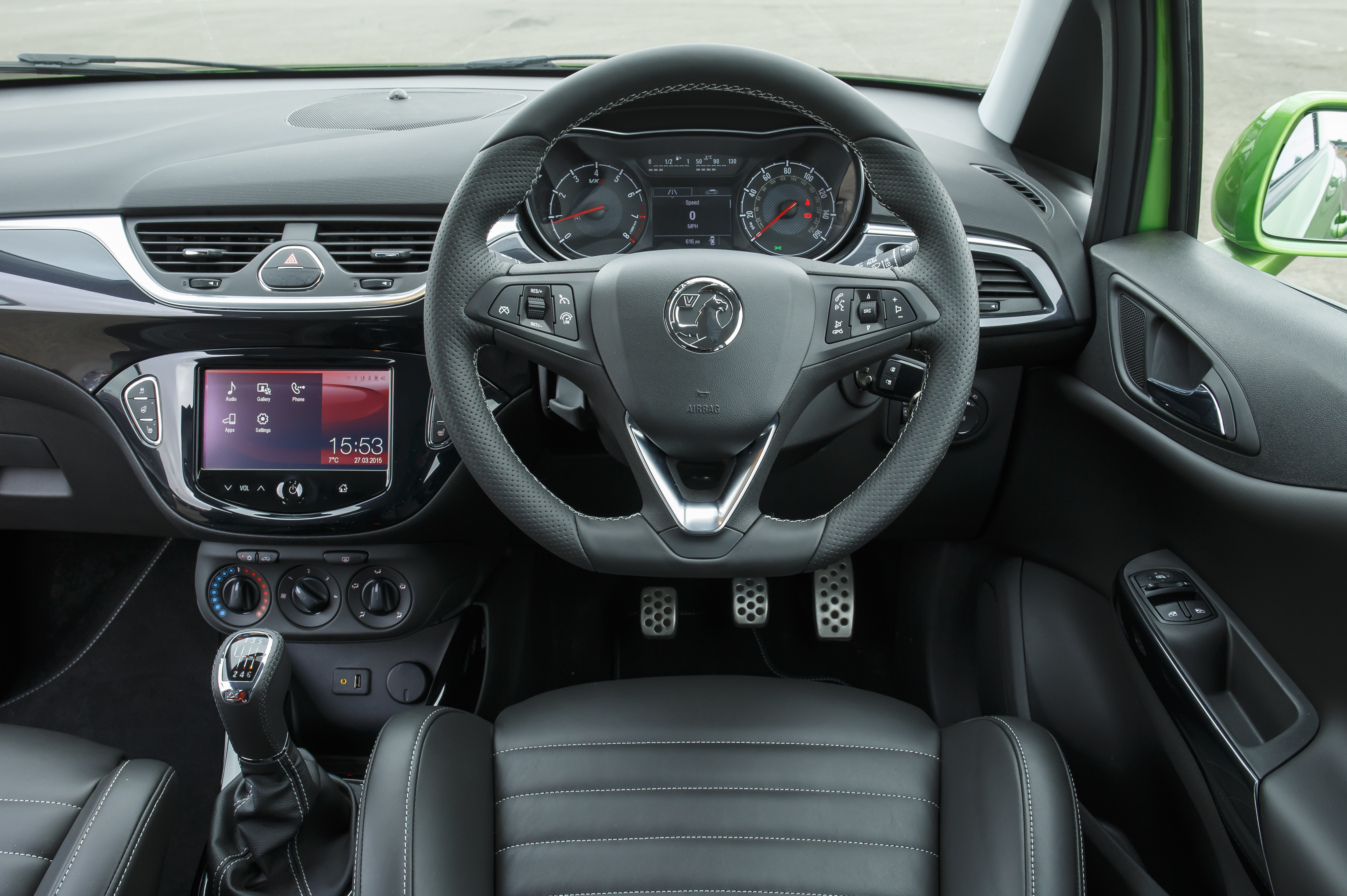 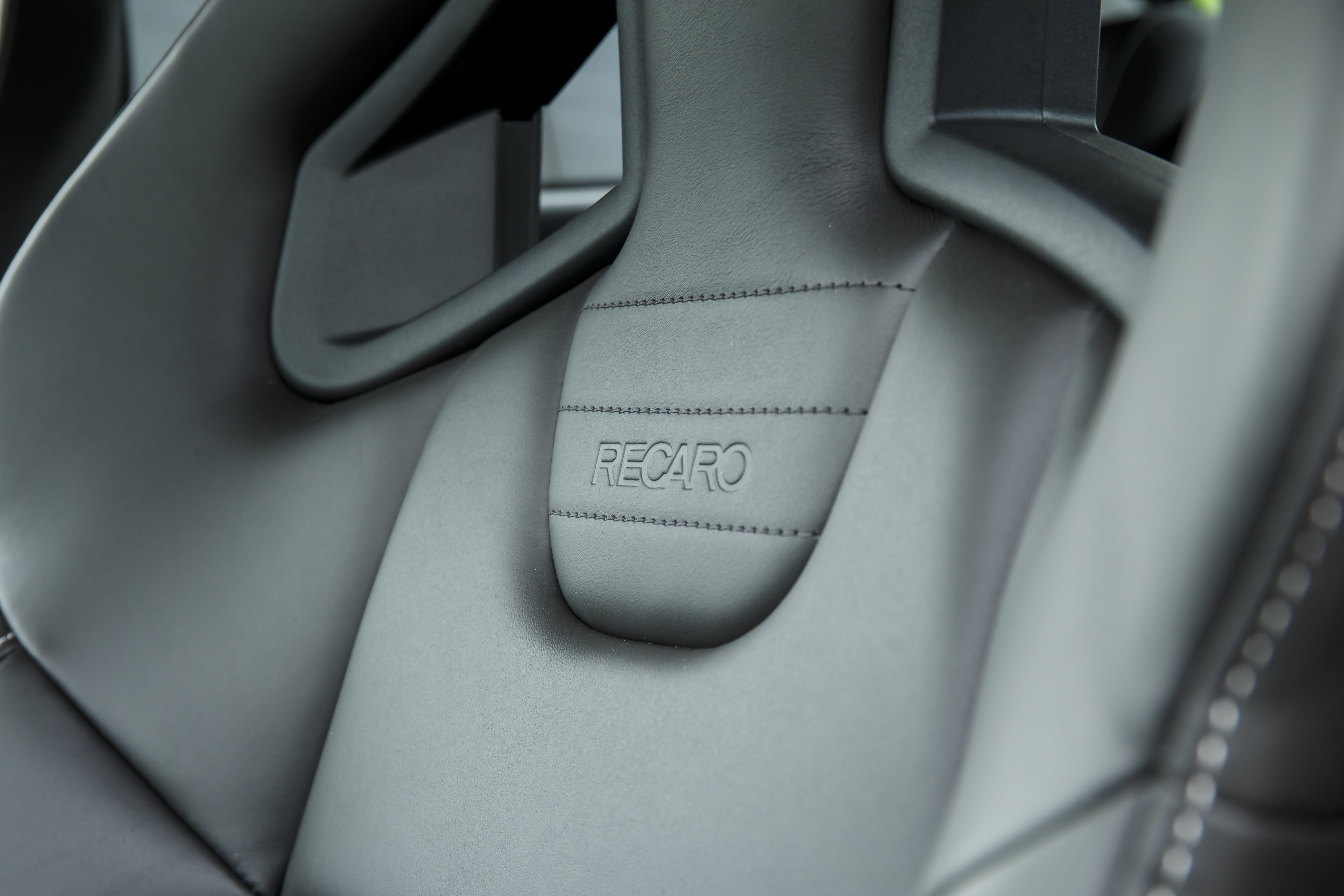 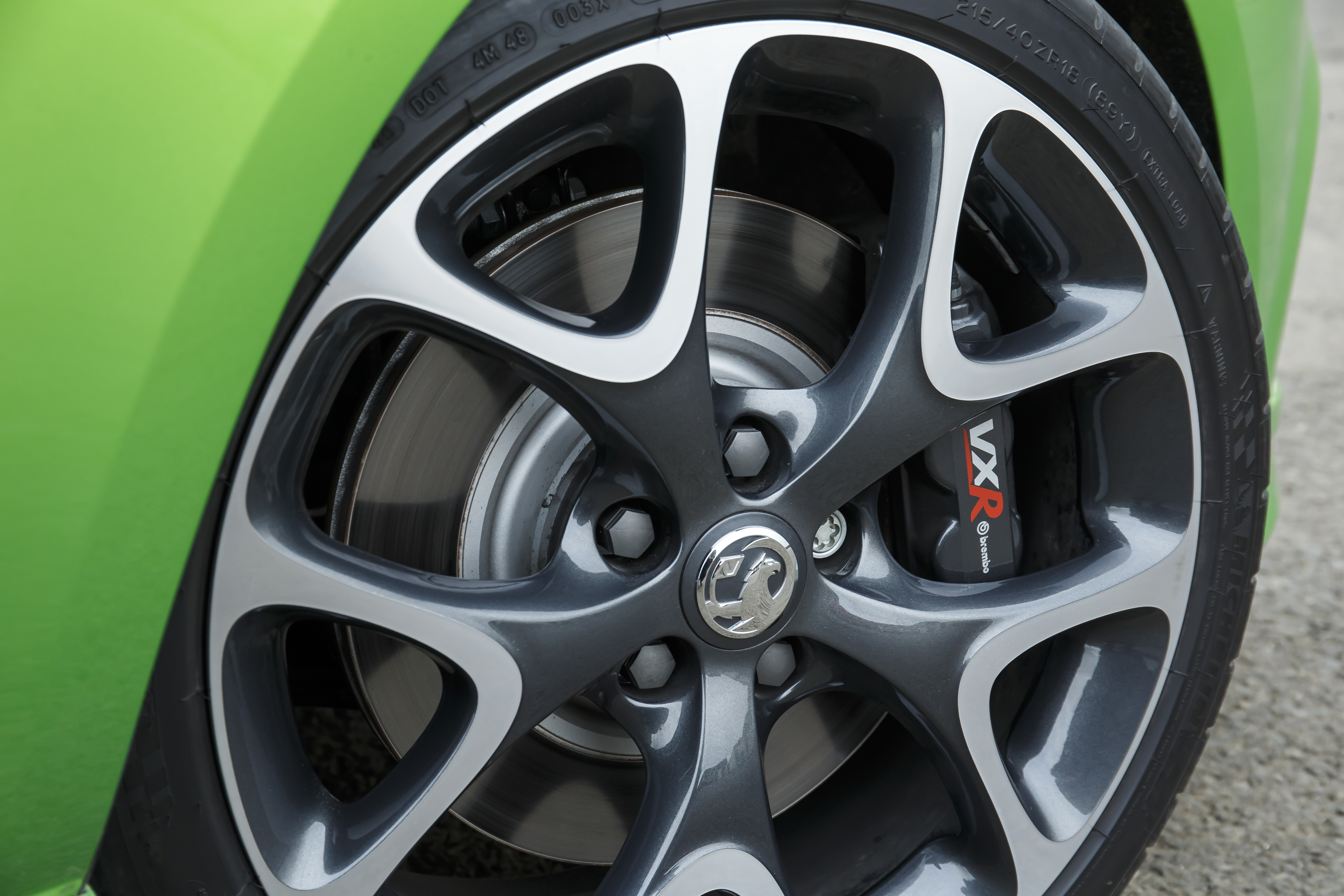 At higher speeds on fissured roads, the Corsa feels impressively confident: thank the trick Koni dampers for that. Unlike the Astra VXR – which employs FlexRide damping – to save weight, little brother Corsa has dampers that vary mechanically rather than electronically. There’s an extra valve in the damper housing that opens when things get overly busy and bumpy. So, around town, the ride is seriously firm. Go a bit quicker on bumpy stuff, and the valve opens up, softening the ride but without compromising body control.

But to get the most out of the car you have to spec the optional Performance Pack. It’s a commitment that’ll relieve you of £2,400 but morph your car into a de-badged version of the Nürburgring Edition that won a TG Award back in 2011.

There’s no extra power, but you do receive a more sporting damper set-up, larger, more powerful 330mm four-pot Brembo brakes (they’re 308mm as standard), 18in wheels, plus, best of all, that voodoo diff sandwiched between the front wheels. Your forearms will be the first thing to notice the difference, as the car is innately more mechanical and a bit fighty. But good fighty… if such a thing exists.

Feeding the throttle provides a more visceral, lairy driving experience as the diff locks up and sniffs out grip like a traction-happy truffle hog. Once found, it’ll slingshot you around corners at a heroic rate. It’s brutal and massively addictive. Unfortunately, any feedback trying to telegraph itself from the front-driven wheels is lost in the plump, squidgy flat-bottom steering wheel. With the ESC in Competition mode, there’s adjustability, so you can twerk the rear end and then use the diff to dig down and pull the front around for a tighter line. Fun, that.

At 1,368kg, it weighs more than its predecessor. And the stubby, pugnacious looks that pleased the drive-through car park community so much have also been watered down. But the tell-tale hot-hatch hallmarks remain: overzealous VXR badging, swollen arches, a curvy rear spoiler, the option to wrap the grille and mirrors in carbon effect (£150) and a peculiar monobrow faux airvent thing. It all forms a more mature package.

With the recommended Performance Pack taking the VXR’s price to £20,395, the Corsa is quite a bit more expensive than its Blue Oval adversary. Having said that, if you’re into track days, the PP Corsa better suits your needs. And, with the Clio RenaultSport going soft, automatic and laggy (at least until the arrival of the 220 Trophy in a few months), that performance end of the diddy hatch spectrum is currently Vauxhall’s for the taking.

So watch out, Renault, as Vauxhall’s fast department may have just stolen your nose.