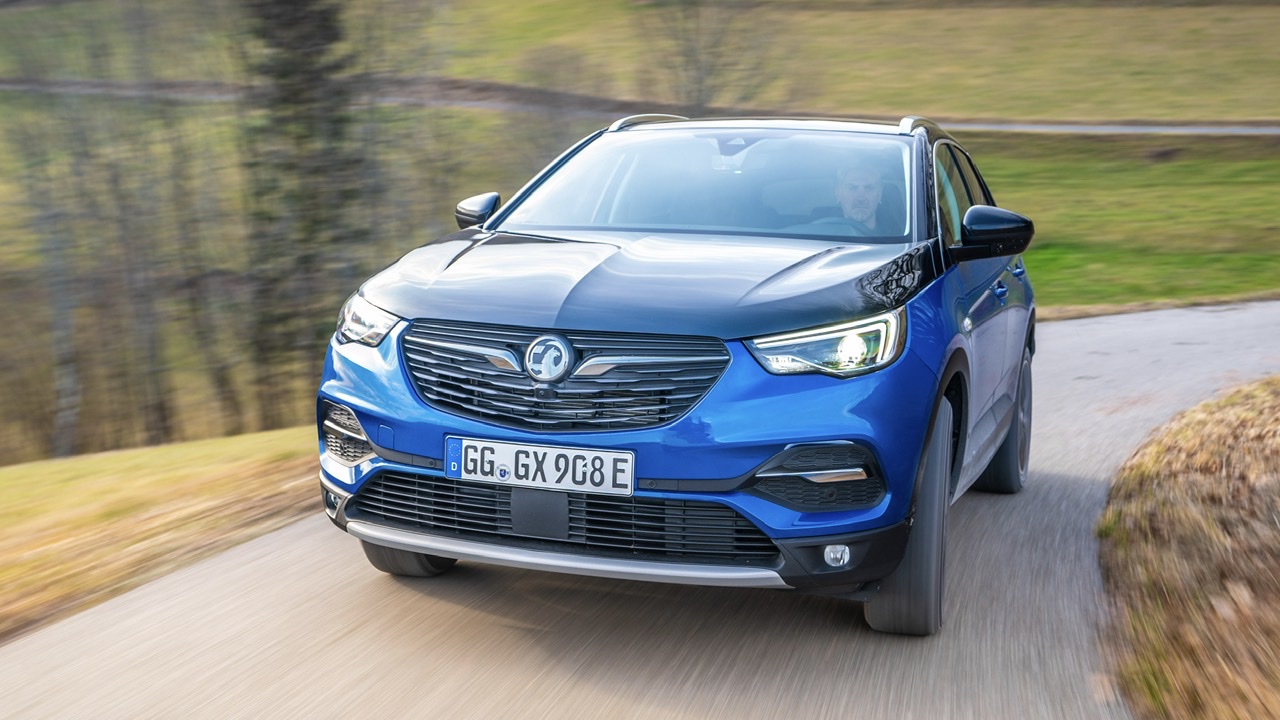 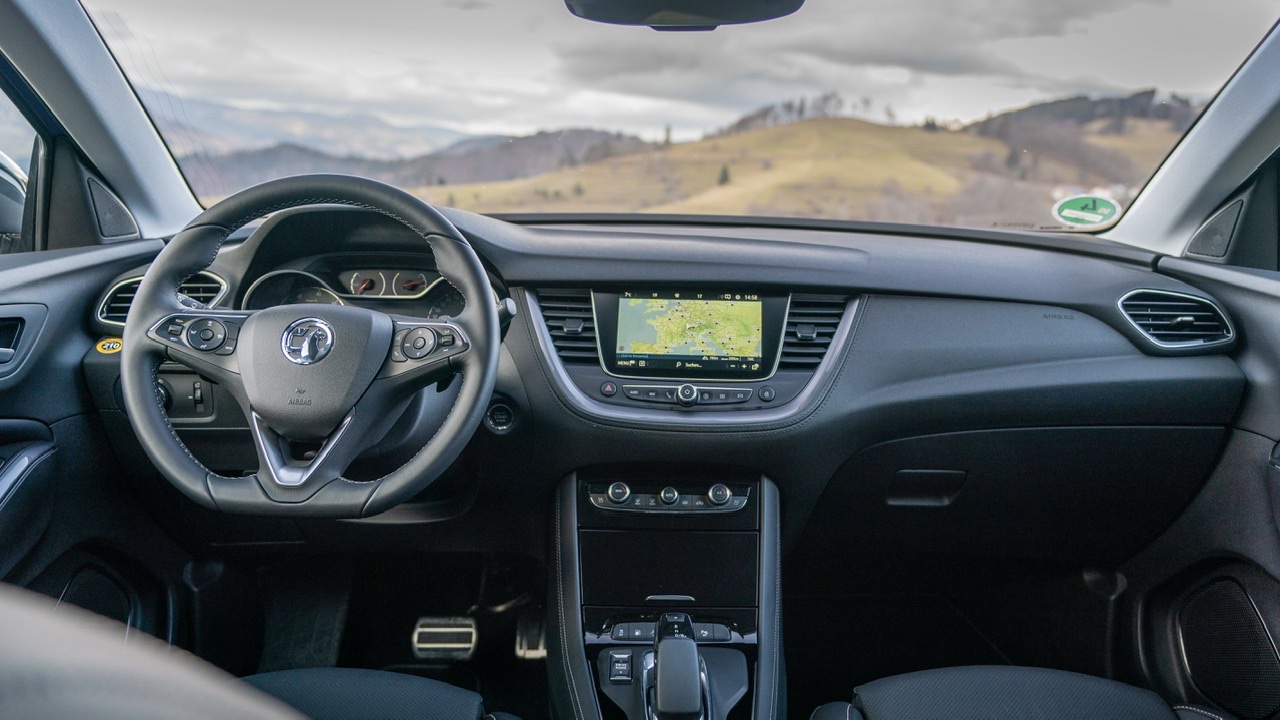 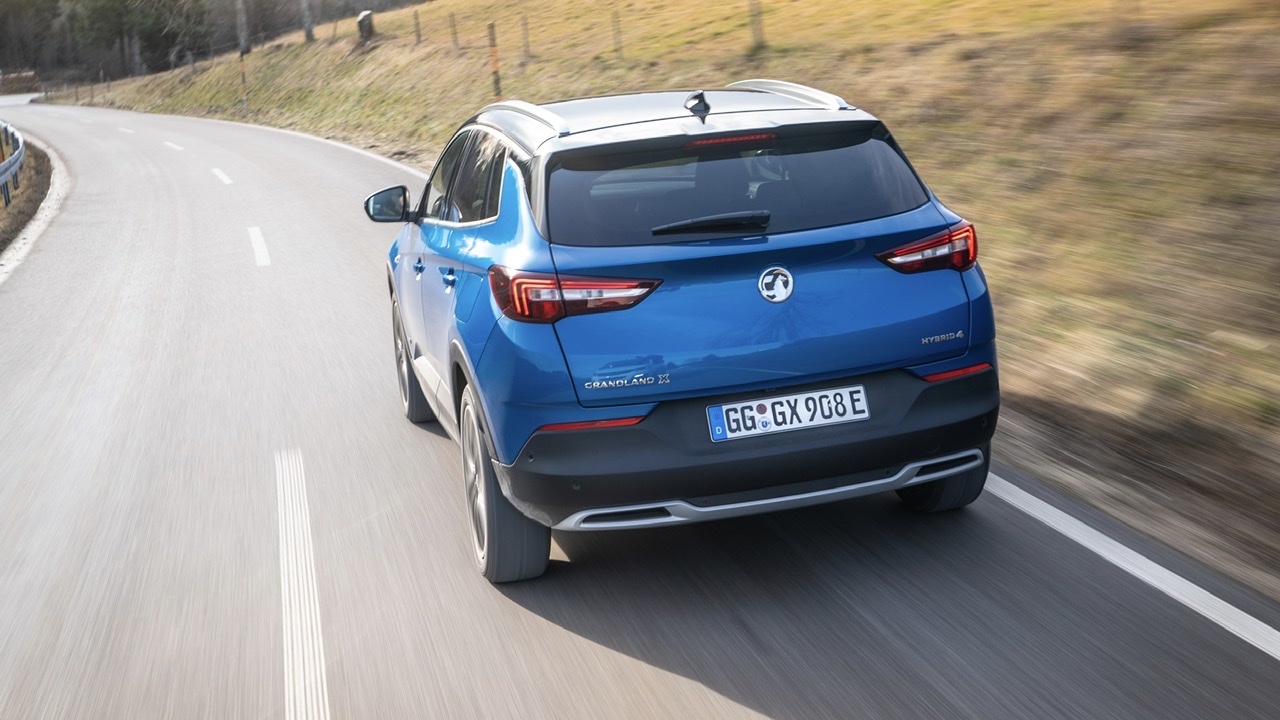 Yep, has to, lest it be forced to pay billions of Euros in punitive fines for missing the EU’s strict new emissions targets.

That by next year a manufacturer must achieve a ‘fleet average’ of 95g/km of CO2 - meaning it can sell cars that emit more carbon dioxide than that, but will have to offset them with enough low- and zero-emission hybrids and EVs to get the company-wide average down below the threshold.

The fines for missing the target are massive, but Vauxhall insists it won’t need to pay any. Assuming, of course, the all-electric Corsa-e is as popular as it thinks/hopes it’s going to be, and that scores of company car drivers give up their Mitsubishi Outlander PHEVs in favour of the new Grandland X Hybrid4.

What’s that when it’s at home?

Vauxhall’s biggest crossover - which rivals the likes of the Nissan Qashqai, Seat Ateca and Kia Sportage - with a plug-in hybrid drivetrain that mates a 197bhp 1.6-litre turbocharged petrol engine with a 13.2kWh lithium ion battery and two electric motors. With a total system output just shy of 300bhp, giving 0-62mph in 5.9 seconds and a top speed of 146mph, it’s the fastest and most powerful Vauxhall you can currently buy.

Spoilsports. Vauxhall claims its first plug-in hybrid (because the Ampera technically wasn’t one) returns 204mpg on the official WLTP test, can travel for 35 miles on solely electric power and emits 34g/km of CO2.

So if you’re lucky enough to get a company car, the Grandland will save you shedloads of money in tax (not to mention fuel) over an internal combustion-engined car. There’s also a special Business Edition model, geared specifically towards you business-types, because that’s who this car is really for.

It’s almost impossible to pay less company car tax, unless you get a pure-EV like a Tesla Model 3, Nissan Leaf or Hyundai Kona Electric. The RRP is £41,500 for the base SRI Nav model, though you can technically pick up the identically-specced Business Edition for £36,790. Us neither.

Ok, thanks for the maths. What of the actual car?

The three of you who still watch actual scheduled telly (that isn’t Top Gear, obviously) may have seen the Grandland’s ad, which proudly states the new Hybrid4 is in fact “all Vauxhall”.

This is not strictly true, given the Grandland is based on the same EMP-2 platform and uses the same powertrain as the Peugeot 3008 GT Hybrid4 and DS7 Crossback e-Tense. So you get just under 200bhp from a 1.6-litre petrol engine, plus another 100bhp or so from two electric motors which draw power from a 13.2kWh battery.

One of those e-motors is coupled to the eight-speed automatic transmission, while the other is integrated into the rear axle, making the Grandland X Hybrid4 four-wheel drive. Indeed, this is the only four-wheel drive Grandland you can buy.

Provided you’ve got enough charge, the Hybrid4 starts in Electric mode, and thus tries to use all of its 35-mile range before even entertaining the idea of bringing the internal combustion engine into play. It runs on the rear motor only up to about 50mph, when the front e-motor kicks in to make the Grandland’s electric-only top speed of 84mph possible. There’s an all-wheel drive mode that keeps both motors spinning for max traction.

A bit later, a cheaper front-wheel drive Grandland X Hybrid (sans 4) will be offered. It does without the rear e-motor and gets a slightly less powerful internal combustion engine, but still claims the same big mpg, low CO2 and decent e-range.

Electric mode is where you wanna stay, because this is as good as the Hybrid4 gets, where it’s at its best - not using any fuel or making any noise. Just being a smooth, quiet, easy-to-drive thing in which to get about towns and cities. ‘B’ mode amps up the regen’ to greater levels than many other plug-ins, which is good, meaning you can leave the brake pedal well alone much of the time. So too is the fact that in this mode, the engine doesn’t kick in until you absolutely floor it, right past the kick-down switch. At times you could almost convince yourself you’re in a pure-EV.

Hybrid mode switches between the e-motors and internal combustion engine at will. For the most part the transition between electric- and petrol power is smooth and subtle, though every now and then there’s a little kick or clunk from the drivetrain and things get shuffled around. It’s impressive, but some other PHEVs are more consistently smooth.

So happens when the engine kicks in?

The Hybrid4 might have 300bhp and therefore technically rivals a Fiesta ST in terms of outright speed, but this is not a sports SUV by any stretch of the imagination.

Fast, yes, but you won’t drive it like that - the suspension is soft and wobbly (and yet it still crashes a bit over potholes), so there’s a fair bit of body roll, the steering is glassy and not very confidence-inspiring, and the engine is less refined and louder than it ought to be.

Moreover under hard acceleration the steering wheel rumbles in your hands, as though the front tyres are scrabbling for traction even when they aren’t, (though some of that is no doubt down to the serious Michelin winter tyres with which our test car was equipped).

The Hybrid4 doesn’t need 300bhp - in fact it might be better without it, when you don’t even have the temptation of hot-hatch power. The way it drives is totally at odds with the powertrain’s output, and we think it’s fair to say it gets worse the faster you try and go.

Driven slowly and conservatively, with the engine used gently (when it stays pretty hushed), this is a pleasant enough bit of kit that is mostly fit for purpose. Leave Sport mode and the wheel-mounted gear-shift paddles well enough alone, and only give it the berries when you’re making an overtake.

Starting with a full charge, we averaged 44.8mpg on a 120-mile route that involved town, country and motorway driving in fairly equal measure. And that’s not bad given the Hybrid4’s size and weight. We ran in Electric mode for a bit, before switching to Hybrid and holding the charge (the e-save option in the infotainment system, which save for the hybrid stuff is the same as the regular Grandland’s, lets you reserve six, 12 or max range for later).

There’s no mode to charge-up off the petrol motor, which is fine by us because as inefficient ways of generating electricity go, it’s right up there. The only way to recoup electric power on the move is to stick the transmission in ‘B’ mode, where the car captures normally wasted braking energy and sends it back to the battery.

A standard household plug can juice the battery in three and a half hours. But if you’re doing the PHEV thing do us all a favour - get a wallbox and give Vauxhall an extra £500 to upgrade your Grandland’s onboard charger to a 7kW job. It halves your charge time.

As for public charging, Vauxhall’s done a deal with Polar, giving you free access to the network’s 7,000 points for six months.

I’ve read your big five-point review of the Grandland X. Besides the engine, what else is different?

Not much. You don’t get quite as much boot space in the Hybrid - the boot itself is the same size, you just miss out on all the storage you normally get underneath, and the interior itself is still pretty plain.

No doubt it’ll do well among business users, who have easy access to the £36,790 Business Edition model that has the potential to save them a bundle in tax.

But if you’re buying with your own money? Think carefully - using the finance calculators on Vauxhall and, for example, Audi’s respective websites - on a three-year PCP deal allowing 12,000 miles a year, with a sensible £5,000 deposit, the Q5 plug-in hybrid has cheaper monthly payments. And it’s a better car...