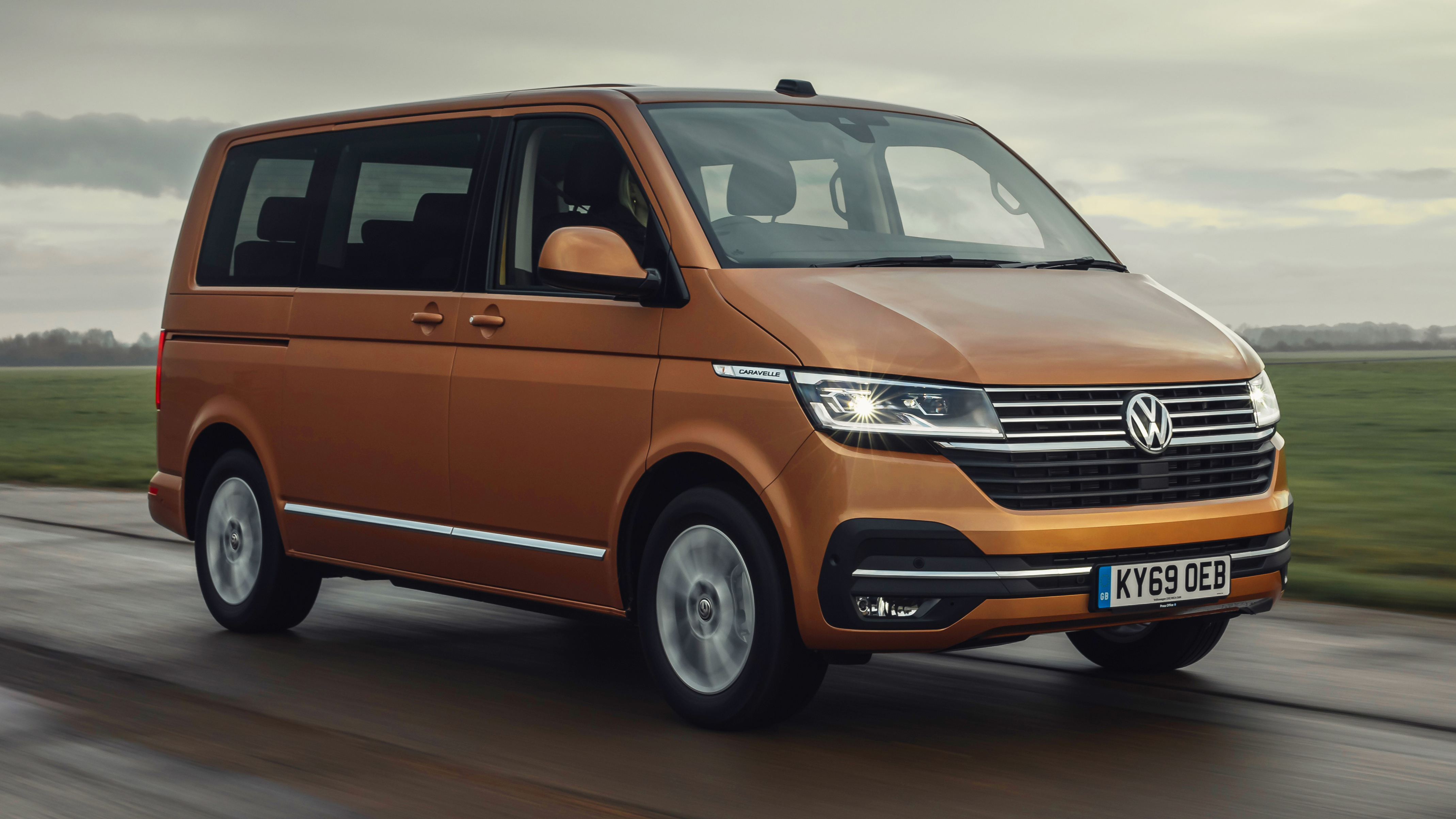 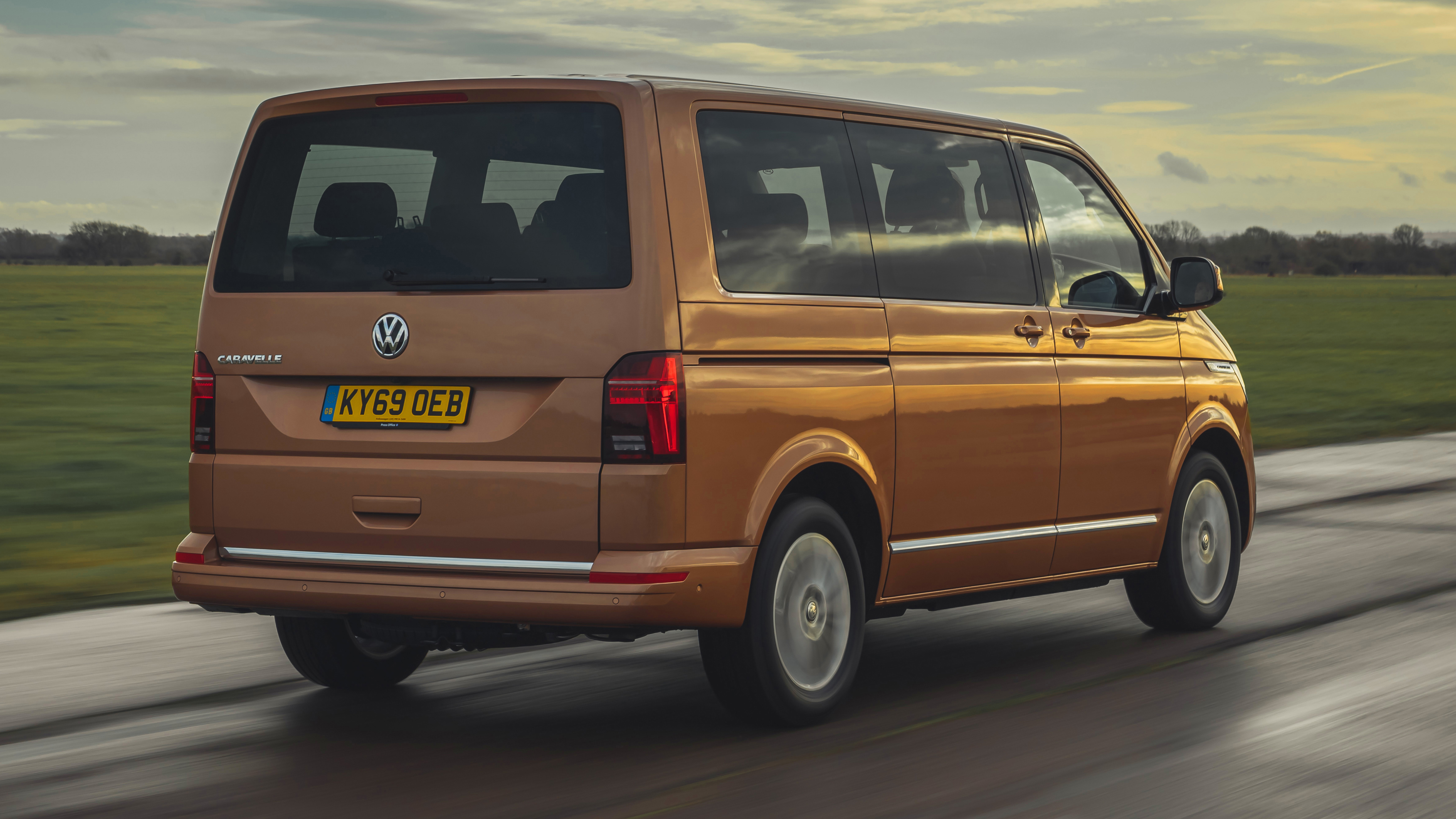 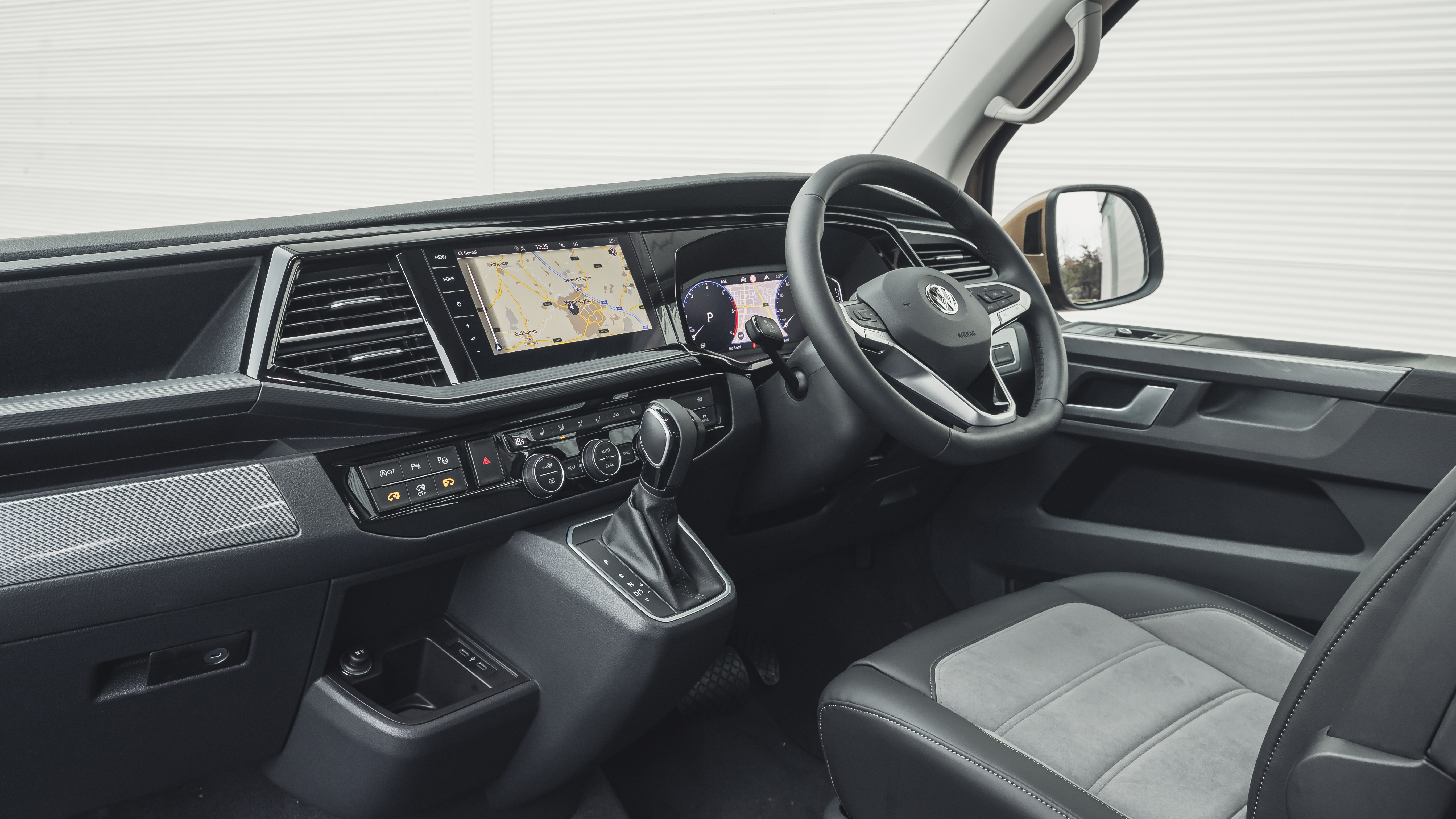 The lesser of the two engines, both carried over from the old Caravelle, is a 2.0-litre turbodiesel with 148bhp. And it’s fine, but the one you want is the more powerful twin-turbo diesel. Also 2.0-litres, it offers up 196bhp and 332lb ft, giving the Caravelle an entirely adequate turn of pace. 0-62mph takes 10.1 seconds, which for a, ahem, van isn’t bad at all. The standard seven-speed DSG auto’, which is a bit ponderous around town sometimes but otherwise smooth, opens up the option of ‘4Motion’ all-wheel drive should you require it.

VW has done a decent job of isolating the cabin from the oily stuff beneath – the engine isn’t totally silent, but it’s nicely muffled when you’re cruising (less so when you’re getting up to speed), there isn’t much tyre roar and only a bit of wind roar from the bluff front-end and big door mirrors. The Caravelle is not as quiet or refined as a seven-seat SUV – say the Disco, Q7 or XC90, but it makes up for it with space. Lots and lots of space. We’ll talk more about that later.

For the most part big SUVs tend to drive like cars, but the Caravelle still has a bit of van to it. That’s not a criticism, though. Once you’ve adapted your driving style to suit its peculiarities, it’s a very easy, dare we say satisfying thing to pilot.

You sit high as anything, on a fantastic captain’s chair with armrests for each elbow, and a fantastic view through all the lovely big windows. It rides very well, if not as smoothly as an air-suspended SUV, and responds faithfully to deliberate, considered inputs. It’s all very serene, very calming. You find yourself letting people out of turnings, giving way where you don’t strictly need to. Yep, the Caravelle makes you friendlier.

This isn’t a machine to enjoy on a B-road – you can carry good speed, just think ahead to minimise body roll – but on the motorway it’s superb. Very stable (it has a system that helps the driver deal with crosswinds – handy in something so slab-sided) and comfortable. It’s even fine in town. The Caravelle is taller than a Land Rover Discovery, but shorter and basically the same width. Yet we’d say it’s easier to drive in built-up areas thanks to excellent visibility, slab sides and a good turning circle.

It’s probably as economical as one of those big SUVs. VW claims up to 34mpg, and in our experience that’s entirely achievable.