£537 p/m
External link to
with Leasing.com
Read why you can trust our independent reviews
Top Gear Team
Published: 26 Apr 2021
Skip 16 photos in the image carousel and continue reading 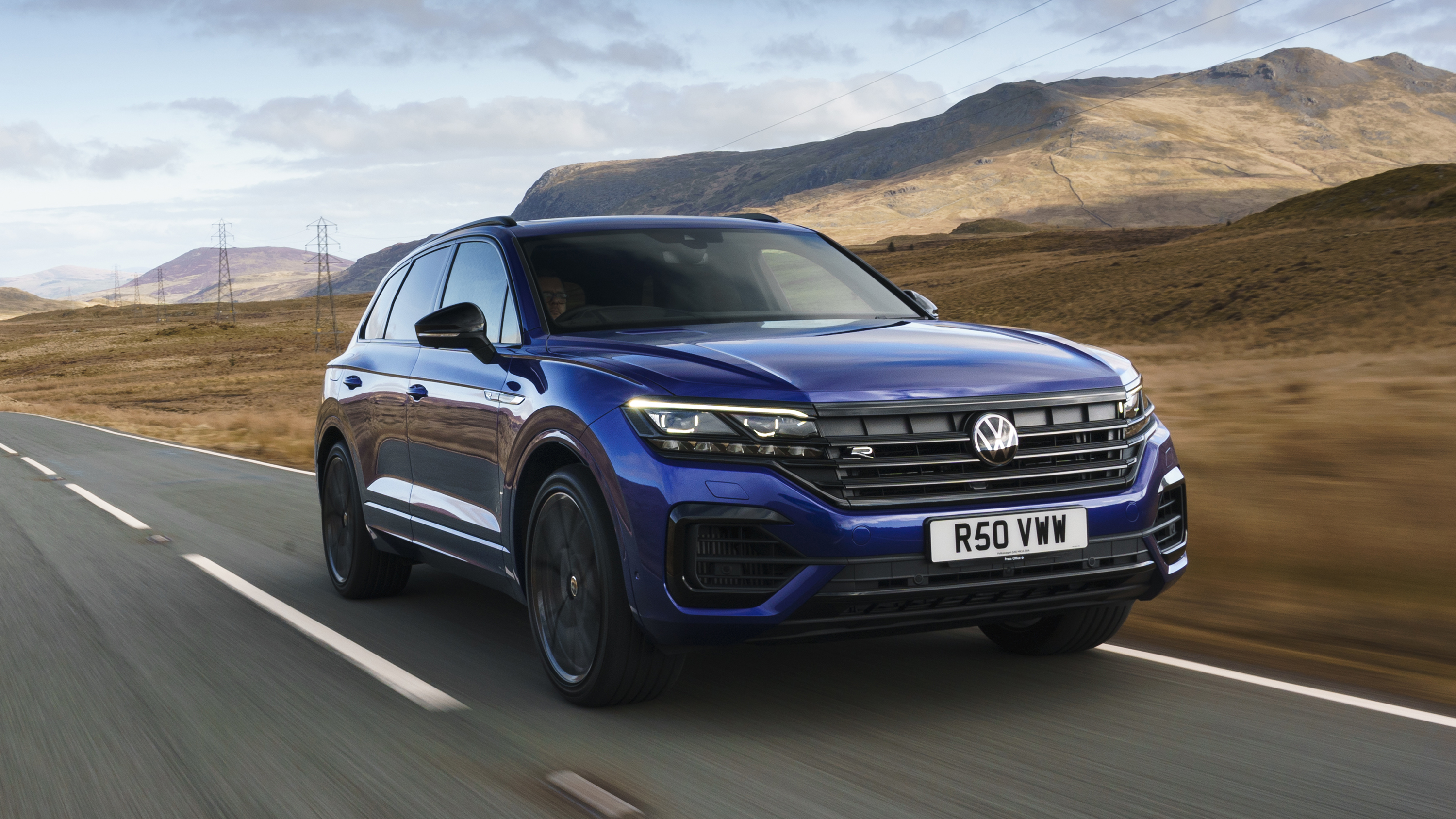 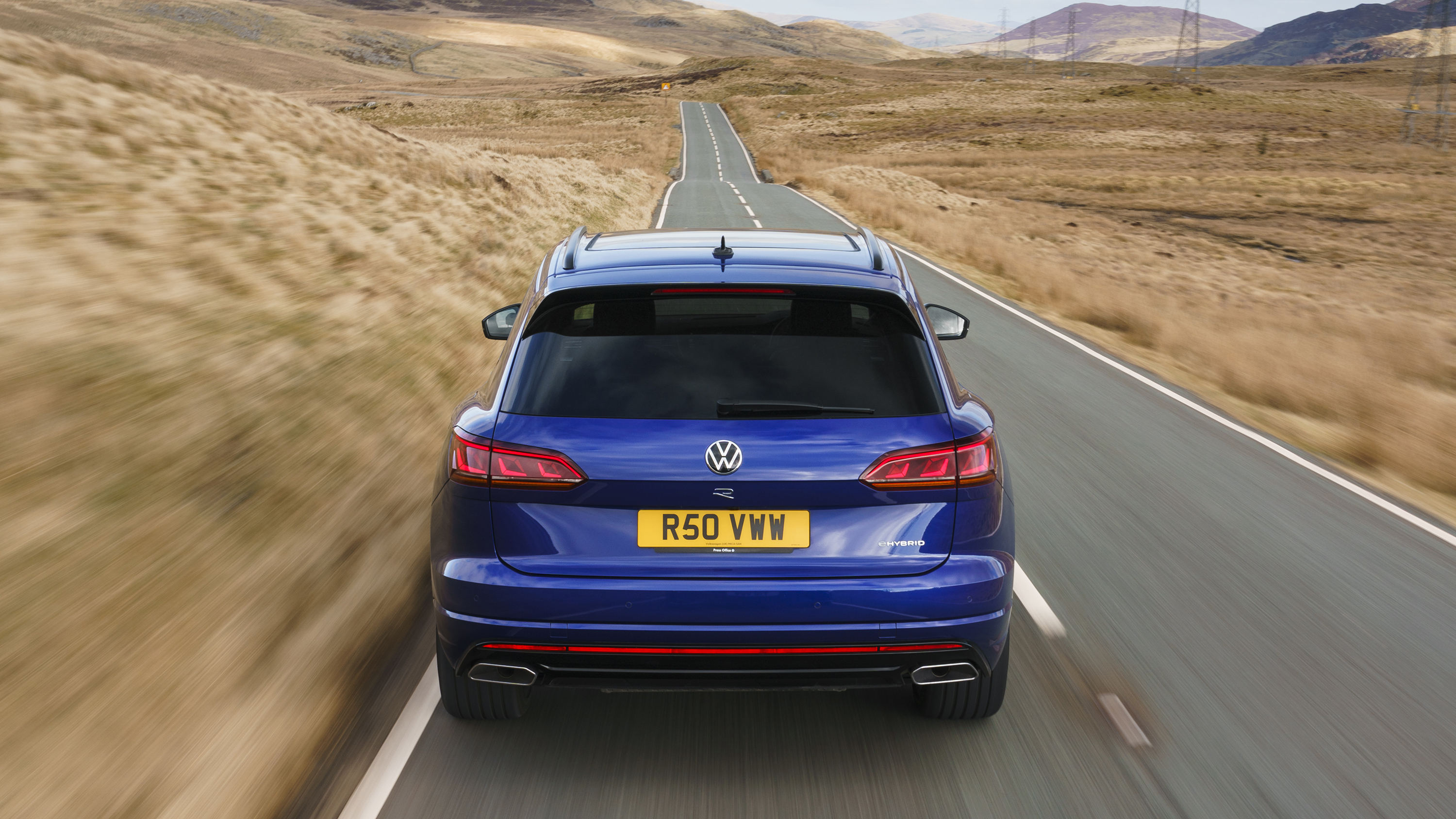 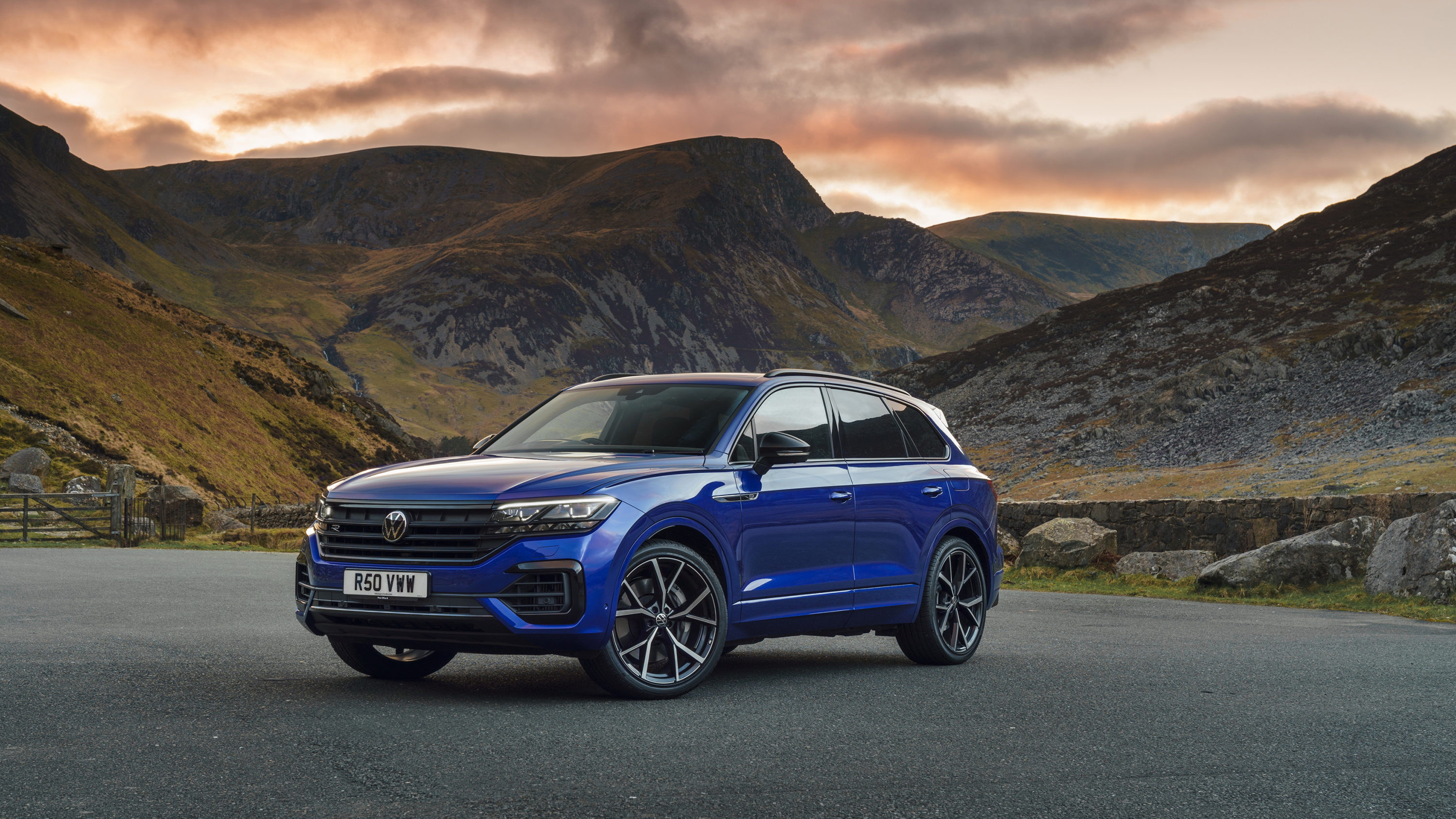 1 / 16
Advertisement
“A curious mix of speed and efficiency with a big dollop of comfort. It's just not especially fun”

Not as nimble as a Cayenne

Welcome to the most powerful production car in Volkswagen’s long history. It’s also the first R model to utilise electric power. It’s the VW Touareg R, and it’s a car chockful of ‘mosts’, ‘firsts’ and ‘biggests’ baked into its lengthy equipment list.

Good job, really, as it’s also £71,995 before options, of which the Lapiz Blue paint you see here is among the more expensive at £1,235. It’s undoubtedly the signature R colour, yet it costs more… Unfair?

It’s beneath the paint - and panels - where the real interest lies, though. This is a plug-in hybrid, a first for the R badge, but surely the first of many. It’s a familiar setup from the Touareg’s not-so-distant cousins, the Audi Q7, Bentley Bentayga and Porsche Cayenne. So it pairs a turbocharged 3.0-litre V6 petrol engine with an electric motor for a 462bhp peak, 0-62mph in 5.1secs and up to 28 miles of zero-emission range if you’re light footed.

To help make sense of it all there’s an eight-speed automatic gearbox and 4Motion all-wheel drive, which allows the R to tow 3.5 tonnes even when you’re only being hauled along by the 134bhp electric motor. Around half of Touareg buyers regularly latch stuff onto the back, we’re told, so it’s a genuinely useful party trick. There's a fancy Trailer Assist system to help with parking too.

There are seven different driving modes, and within each, the choice of e-mode or hybrid. And beyond that, the choice of how much battery energy you’d like to save if you’re unable to charge up via a cable but desperately need (or want) some EV range at the end of your journey. Nestled amongst those is a Sport mode to bump the powertrain and air suspension to their most assertive levels. And unlike the latest Golf R, you can loosen the stability control without circumnavigating several sub-menus.

A pair of 400mm front brake discs – the biggest fitted to any VW – sit behind stonking 22in Estoril alloy wheels to help keep the Touareg R’s 2,465kg in some sort of order should you decide to see just how deserving of the R badge its chassis is.

Which given it sits atop a range of five Rs – only one of which is currently a traditional hot hatchback – feels like something we ought to address first and foremost. Read on to see how the VW Touareg R actually drives…

“A curious mix of speed and efficiency with a big dollop of comfort. It's just not especially fun”

It’s a curious fish, this. Neither a truly efficient hybrid nor an enthralling performance SUV, it lives somewhere in the middle. Its true strong-suit is comfort – no different to any other (and cheaper) Mk3 Touareg, but those bonus electric miles bring additional peace and quiet.

Extracting the power necessary for an R badge from a hybrid powertrain makes sense in a stocky SUV, where the battle with weight was already raging, and not least when promoting a diesel flagship might have been tough. It’s just not as exciting as the other cars with an R on the back – even the diddlier SUVs. It’s a decent fast SUV, but it doesn’t trouble the class benchmarks if it’s fun and performance you’ve come for. 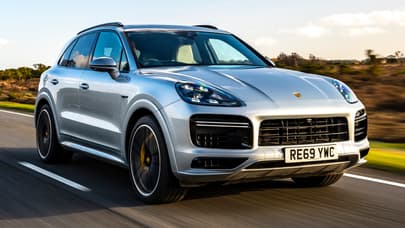 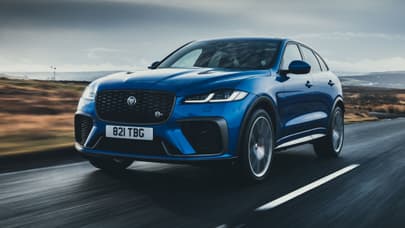 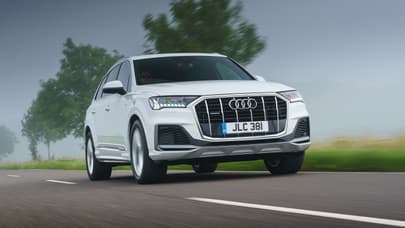