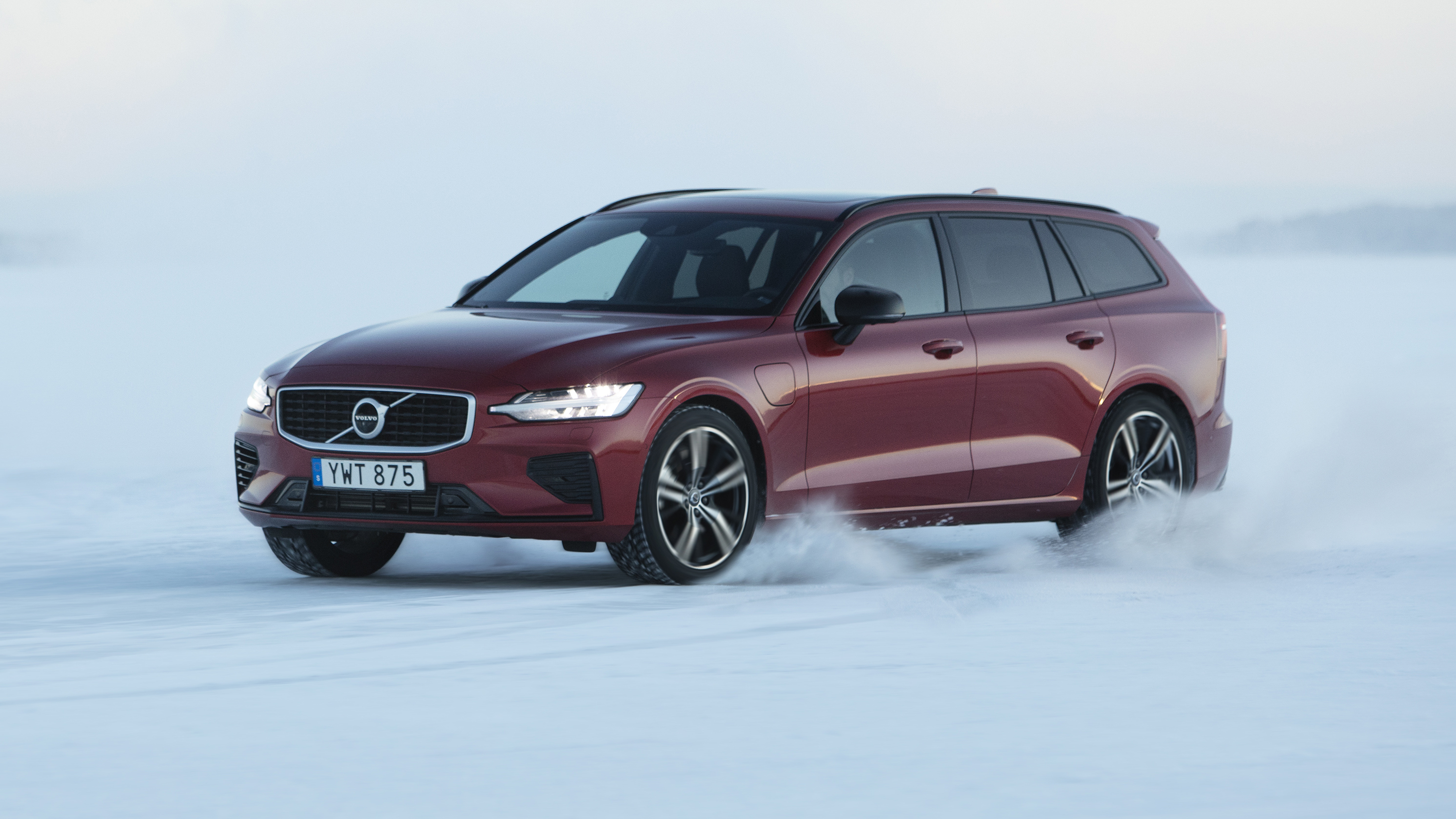 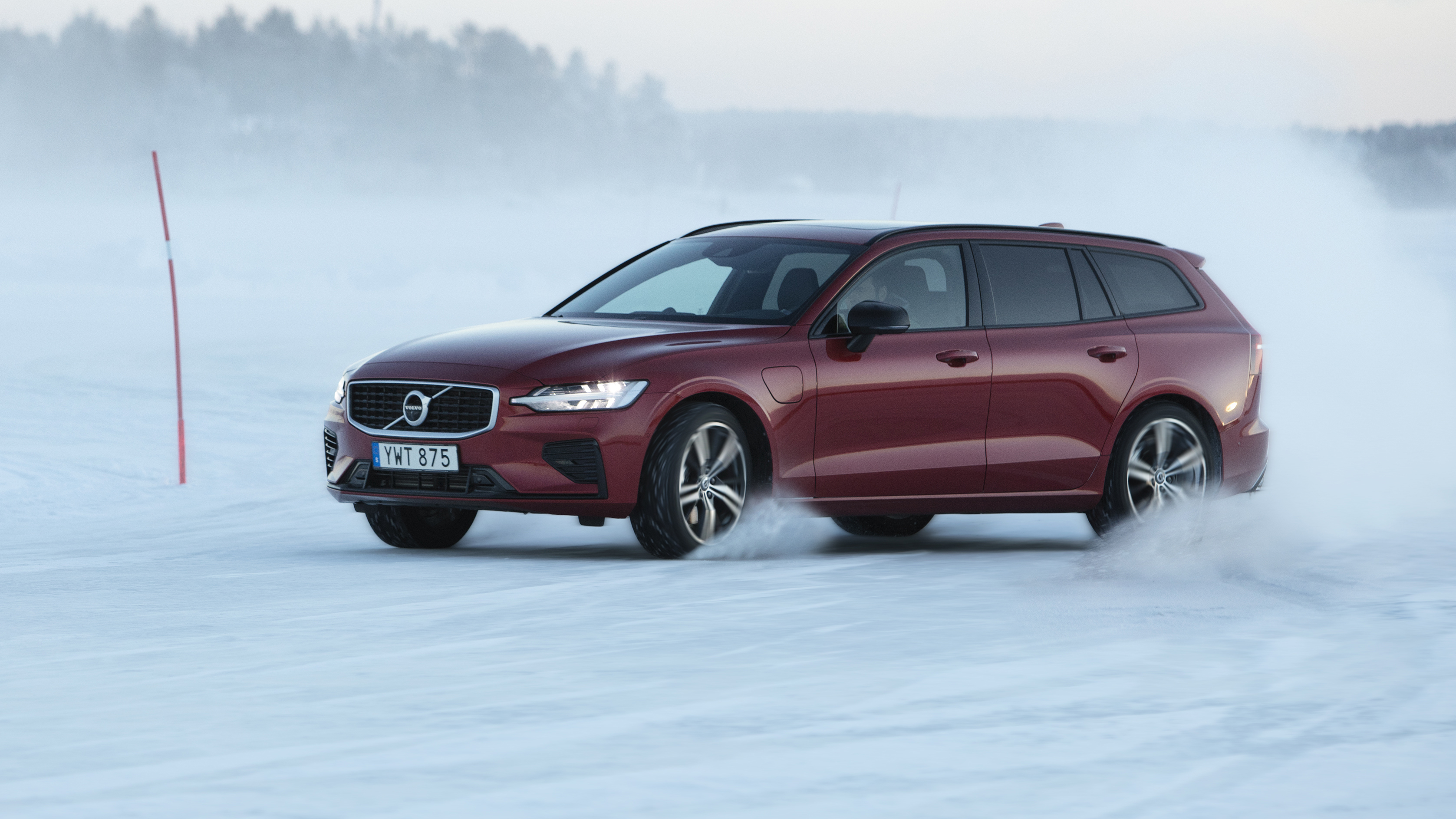 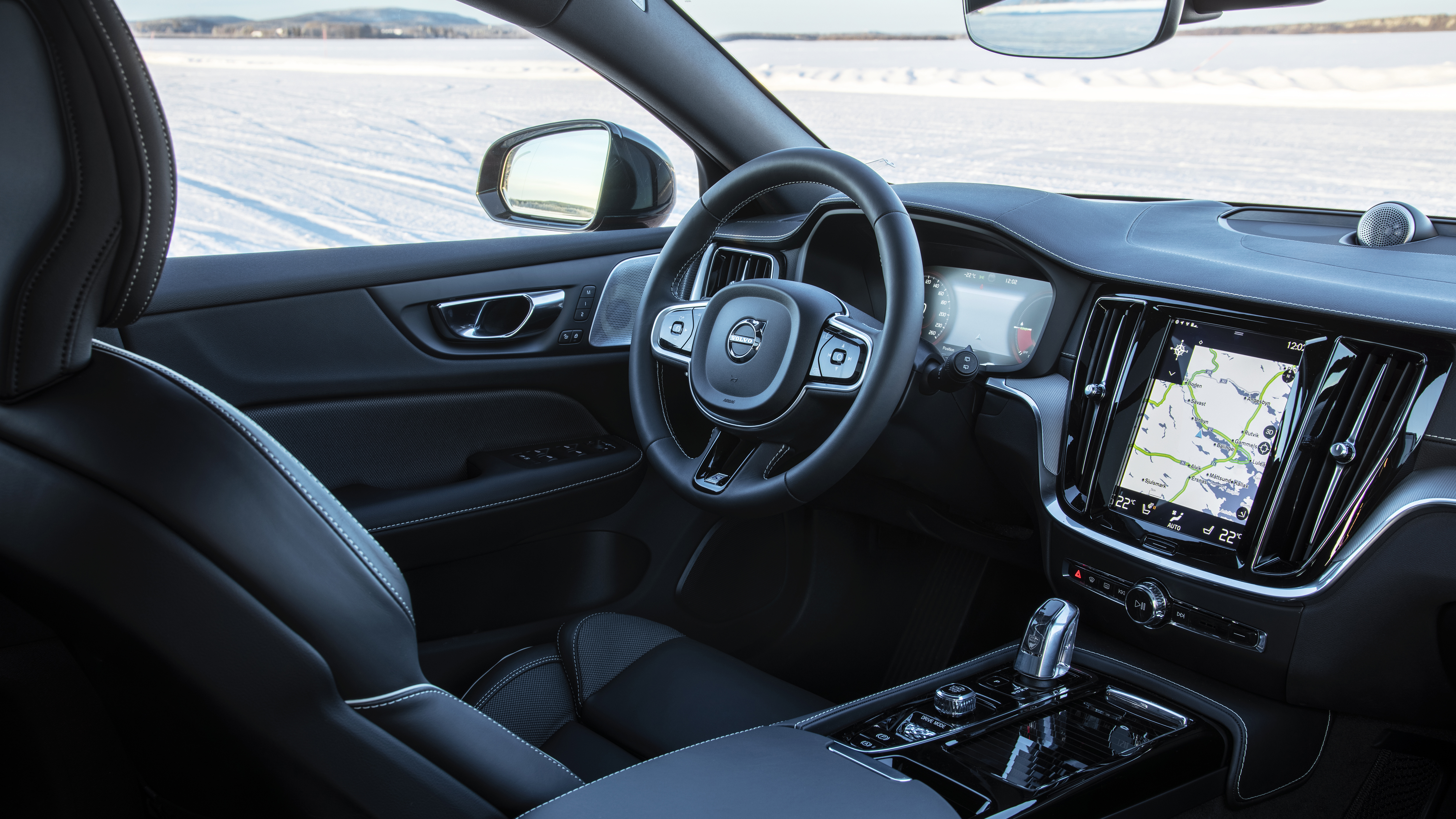 Which Volvo V60 is this?

The fast one, which also happens to be the plug-in hybrid one. It borrows the T8 ‘twin-engine’ powertrain from the bigger 90-series cars, with which it shares the so-called ‘SPA’ platform. The result is all-wheel drive, with the front-wheels driven by a 2.0-litre four-cylinder petrol engine and the rears by a small electric motor. Total system output is 390bhp and 472lb ft. 0-62mph, therefore, comes up in less than five seconds, and you’ll keep going until you hit the electronic buffer at 155mph. Claimed EV range is a little under 30 miles.

Looks quite serious, too.

That’s because it’s wearing new R-Design trim which, a bit like BMW’s M Sport or Mercedes’ AMG Line, adds a schporty bodykit and slightly firmer suspension. Volvo expects so-equipped cars, albeit fitted with lesser petrol or diesel engines, to account for 40 per cent of all V60 sales in the UK. Because Brits like a bit of schportiness. Meanwhile the excellent new V60 Cross Country, which you can read all about by clicking here, will account for 10 per cent of sales, while base ‘Momentum’ and luxe ‘Inscription’ trim cars will do 10 per cent each.

Our drive of the V60 T8 happened in northern Sweden, with temperatures hovering around -27 degrees celsius. Driving on frozen lakes, with studded winter tyres, is a lot of fun, but not really representative of what a car’s gonna be like in the UK. Where the lakes don’t freeze hard enough to drive on, and -27 is basically impossible. That said, we did learn a few things from our trip north. Way north.

First is that the “stiffer spring rates, faster-responding monotube dampers, thicker anti-roll bars and 12mm lower ride height” you get with R-Design trim have done little to transform the V60’s character. While firmer-riding than normal, this is still a relaxing, comfortable car first and foremost, and a fun one second. The R-Design steers smoothly, feels quite agile and controls its bulk well - it’s objectively and noticeably the best-driving V60. But while it’s closer than ever, the V60 still isn’t quite as much fun as rivals.

That said, the bodykit certainly makes the R-Design look the part. V60s are exceptionally well specified as standard, but the RD’s interior and exterior trim, sports seats and 18-inch alloys probably make it worth having anyway, regardless of any improvement in handling. It’s still mostly as comfy as a regular V60 too - at least out here, on the snow and ice. Who knows how the bigger wheels and stiffer suspension will handle Britain’s uniquely terrible road surfaces.

What about that engine?

Ah yes. First, the T8 is fast. Faster, certainly, than it needs to be. Second, it’s refined. Driven normally it’s very hard to tell whether it’s the ICE, e-motor or both that’s doing the heavy lifting. Until you clog it, at which point the petrol engine makes itself heard. It’s not the nicest-sounding nor smoothest four-cylinder engine out there, which is a pity, but it gets you down the road just fine. And because this is an R-Design you get paddles behind the wheel for changing gear. Only R-Designs get these, and while they’re worth having for the odd occasion you might use them, you’ll seldom feel the need. The gearbox itself is fine - smoother than we remember from other V60s, but not quite as decisive or quick to respond as the Germans’.

Hmmm. So what’s the verdict?

We’ll reserve final judgement until we’ve had a go in the UK, but on first impressions, this is a very good V60. They all are, really. You don’t need as much power as the T8 and it’ll be pricey to buy, but because it’s a plug-in you’ll get tax breaks to offset the initial outlay. As with all PHEVs, if it works for your lifestyle then by all means go for it.

As for R-Design - so long as the ride holds up in the UK (we’ll let you know), you’re good to go.

For more on the Volvo V60, visit our full five-point review