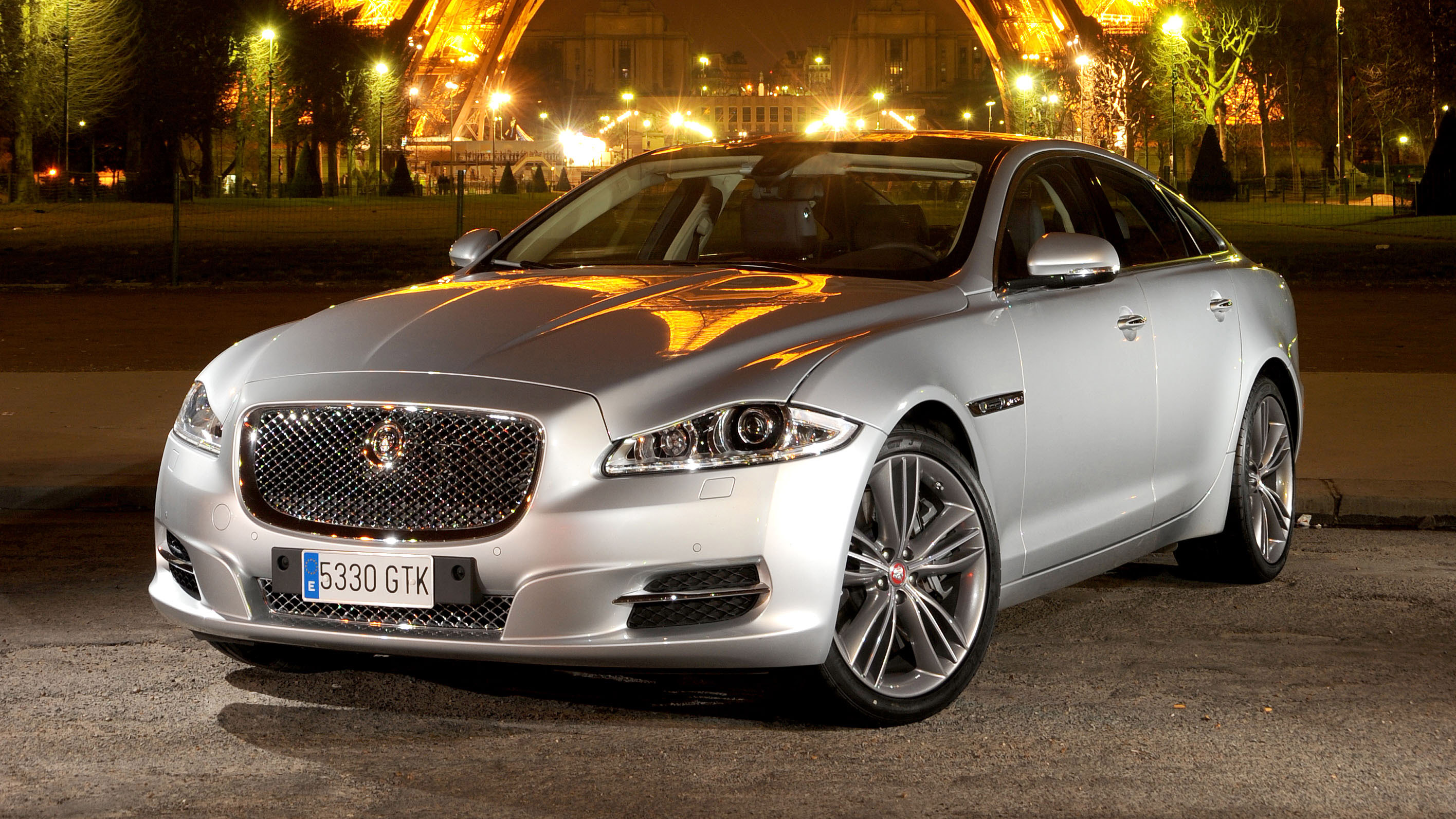 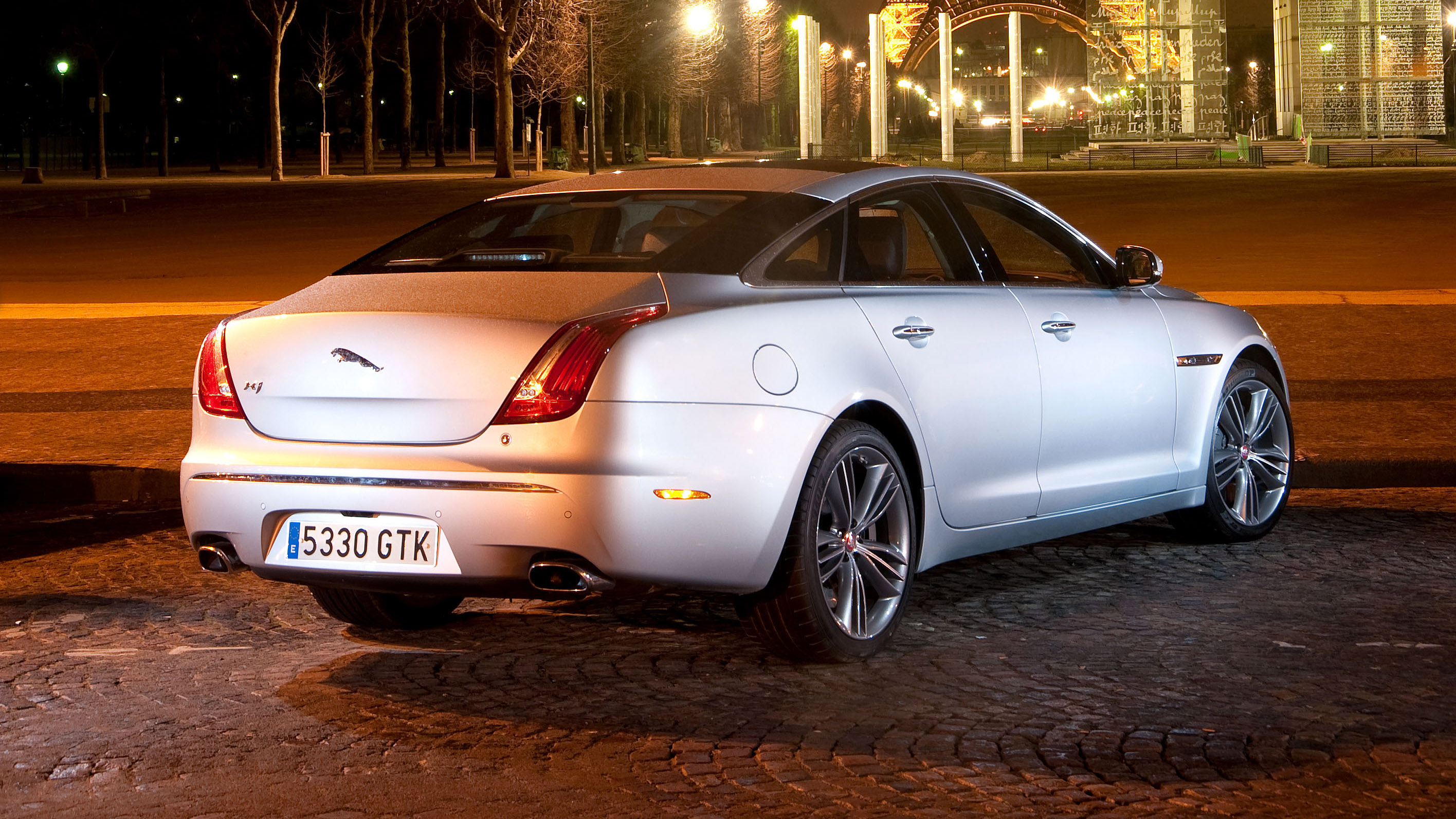 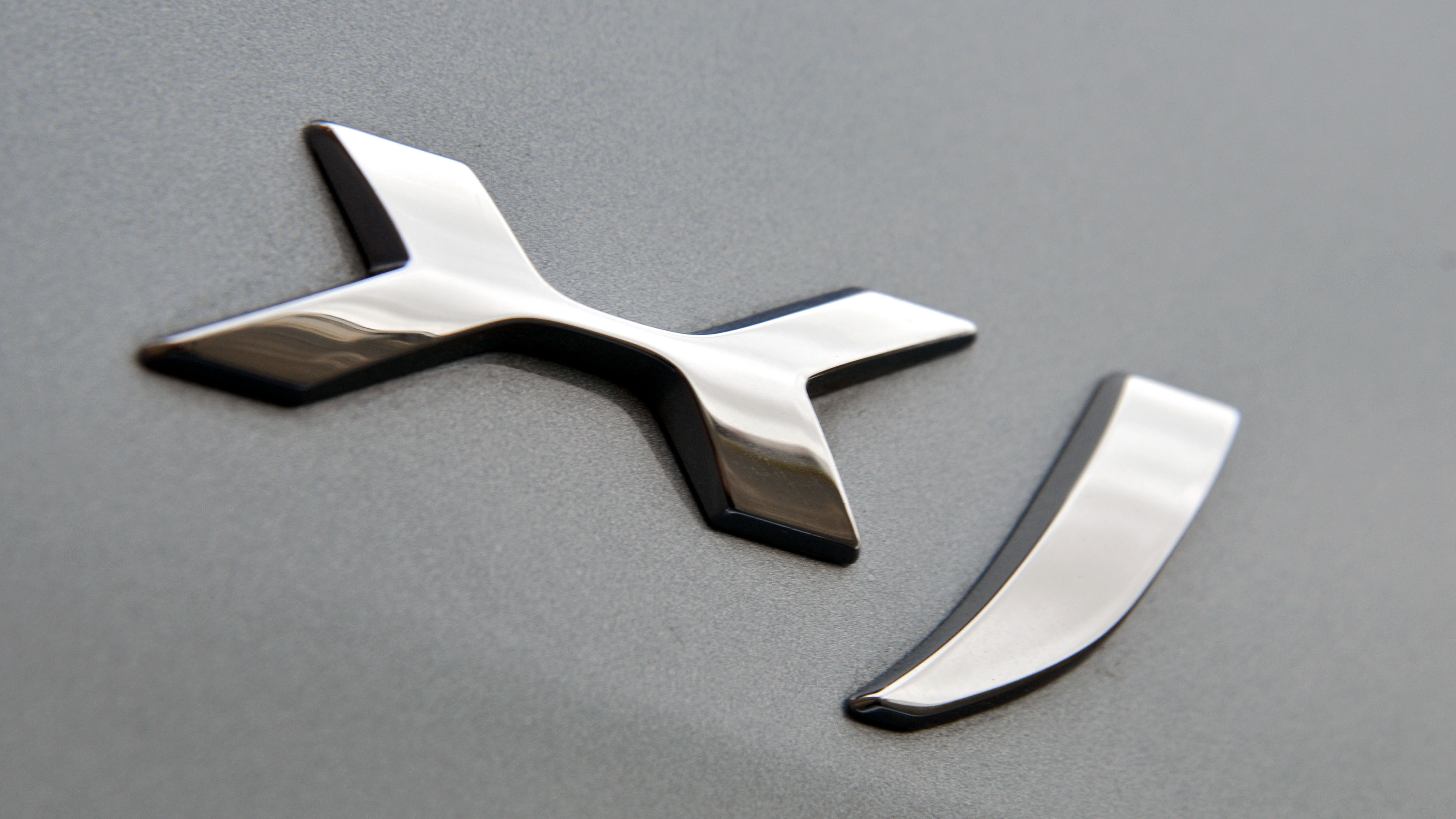 We’ve already crowned the XJ with our 2009 Interior of the Year award. What joy to sit here, gazing at the magically animated virtual instruments, or at the vents and clock sitting on the dash like a little bowl of fruit, the soft hides with their neatly plush stitching, the structural-looking wood, the dreamy blue illumination. The sense of occasion and even of humour.

Which is all very well, but cars are for driving. How about if it was as good moving as it is standing still?

Snap judgment says that idea is pure fantasy. I just got picked up in one. Here in central Paris the traffic’s bad and there are three of us so I flop into in the back. Within 50 yards I get irked. This is another of those big saloons where they’ve firmed up the ride because it’s supposed to be sporty. Idiotic, I’m thinking. If you want a sporting car, don’t buy a big saloon.

Still, while I’m back here, might as well make myself at home. There’s loads of room to stretch (it’s a LWB) and I’ve just jumped in from a journey on particularly chilly public transport. I set the bum-warmer to stun, wind up the temperature of the rear vents and jet them in my direction. The B&W stereo is beyond extraordinary. The rear seats caress my weary form, even though they aren’t actually very softly padded as they’re hollowed out to give plenty of headroom in this swoopy car. And boy, it’s swoopy. Parisians are staring gobsmacked at it, and peering in at me having made the understandable but incorrect deduction that I must really be someone.

As speed builds, I decide the ride isn’t such an issue. It never goes smooth, no, but neither does it get worse. More important, there’s no shake or shudder, barely any impact noise, no sharpness as it hits bumps or aftershocks when they’re passed. 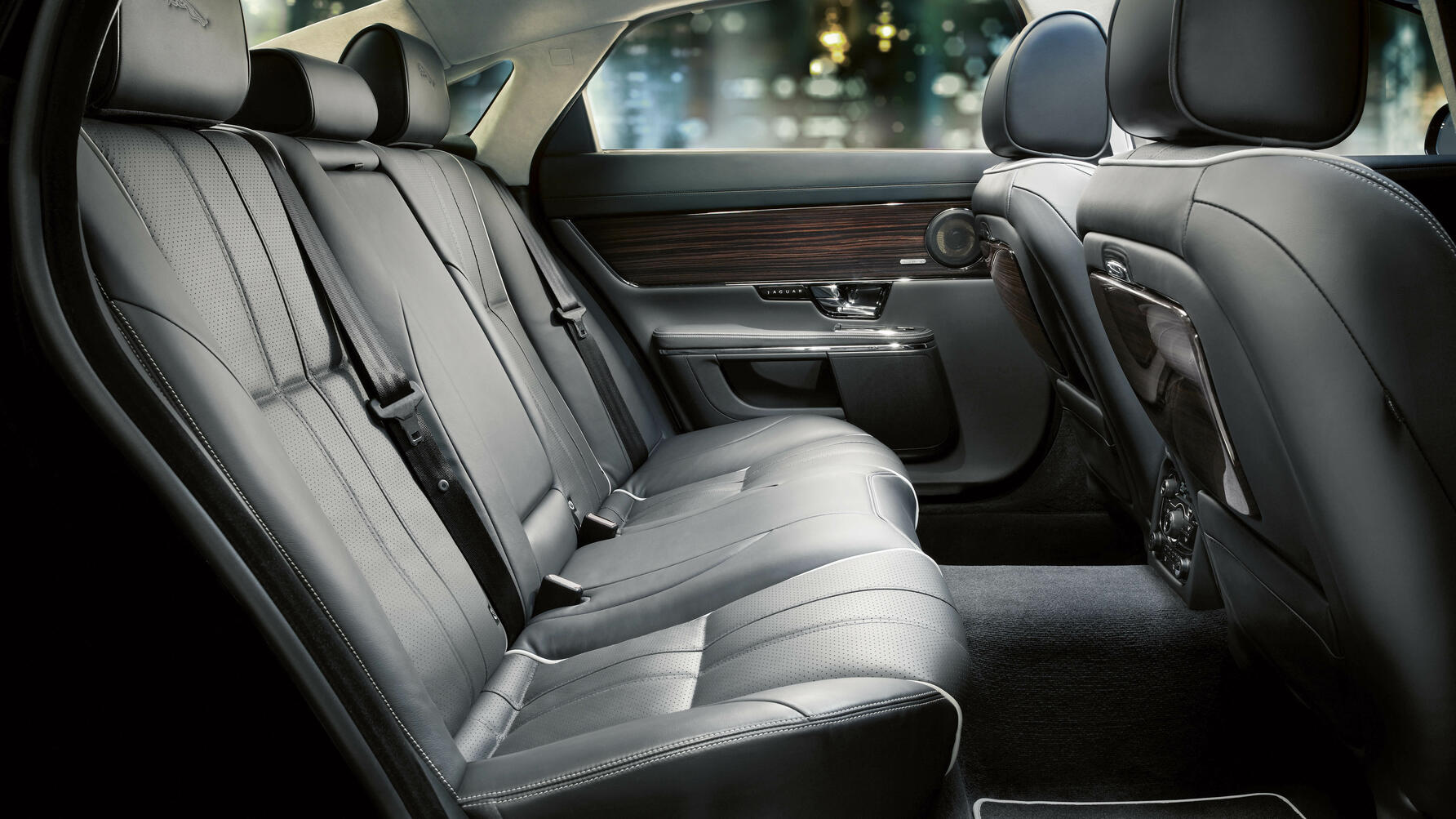 And let’s cut to the chase here. The reward for this controlled tautness is that this Jag, big though it is, behaves remarkably like a not-big car. Out of the city I’ve taken to the wheel. And it’s now spearing down a decidedly difficult stretch of road. The camber is uneven and the surface has been patched-up more often than a footballer’s marriage.

The Jag doesn’t care. It stays level, and there’s no fight from the steering. As the road starts to curve and then twist and then corkscrew and then hairpin, the car just stays with it. When big cars try to be sporty, usually this is where it all goes to pieces. Some of them might have all sorts of fancy active suspensions that do keep them on the road all right, but things just go into lockdown: harsh damping and shuddering bodywork and a burgeoning sense of the absurdity of it all. The XJ on the other hand stays fluent and agile. It feels all perfectly natural, like it’s not pulling any special tricks – though it definitely must be.

Of course, if a car doesn’t weigh like a lardy limo, it’s less likely to drive like one. And, sure enough, the XJ is about 150kg lighter than the mainstream German opposition. Not to mention lighter than the smaller XF. Couple this pie-avoiding bodyweight with a rather magnificent set of engines and the good news keeps on coming.

This is the naturally aspirated 5.0-litre V8, the one that came to the XJ and XF last year, with 385bhp and cam-profile switching and direct injection and all sorts of techno goodness. It’s an imperial thing. The torque is marvellous, delivered good and early to the tune of a lovely pillowy V8 exhaust. Squeeze higher up the revs and it doesn’t flinch. It does 0-62 in 5.7 seconds, and overtaking is mighty. Still not enough? Well there’s a 510bhp supercharged one over and above that – the most excellent engine out of the XFR and XJR.

Then the 275bhp V6D. It’s staggeringly quiet for a diesel. As smooth as that wonderful V8 petrol? Course not, don’t be daft. But given the fact it has torque to spare, hits 62 in 6.4 secs, 155mph and makes 40mpg in the official tests, you can see why this’ll be the one everyone buys.

We end this trip with a motorway haul and a return to the city centre, because with a car in this class these are lines one and two of the job description – hooning about in the countryside will, sadly, never be more than a delightful side project. At big, straight-line speed the XJ is at least as quiet as it needs to be, and has a lovely effortless subtlety to its steering that makes it easy to guide it almost subconsciously within its lane. In town you sure notice its bigness, but the swish progression of the throttle and brakes both help lubricate your way through the traffic.

So it’s easy to drive, slowly or ruddy quickly. But it doesn’t drive itself. This might be an advanced car – especially its engines, body construction and those cabin screens – but it faces opposition that fields lots of stuff it does without: active four-wheel steering and see-in-the-dark and steer-between-dotted-lines and brake-when-you-don’t-have-the-gumption-to. The Jag’s technology is there to serve you, not to replace you. Good grief it serves you well.

My snap judgment was wrong. The XJ is as brilliant going as it is stopped.