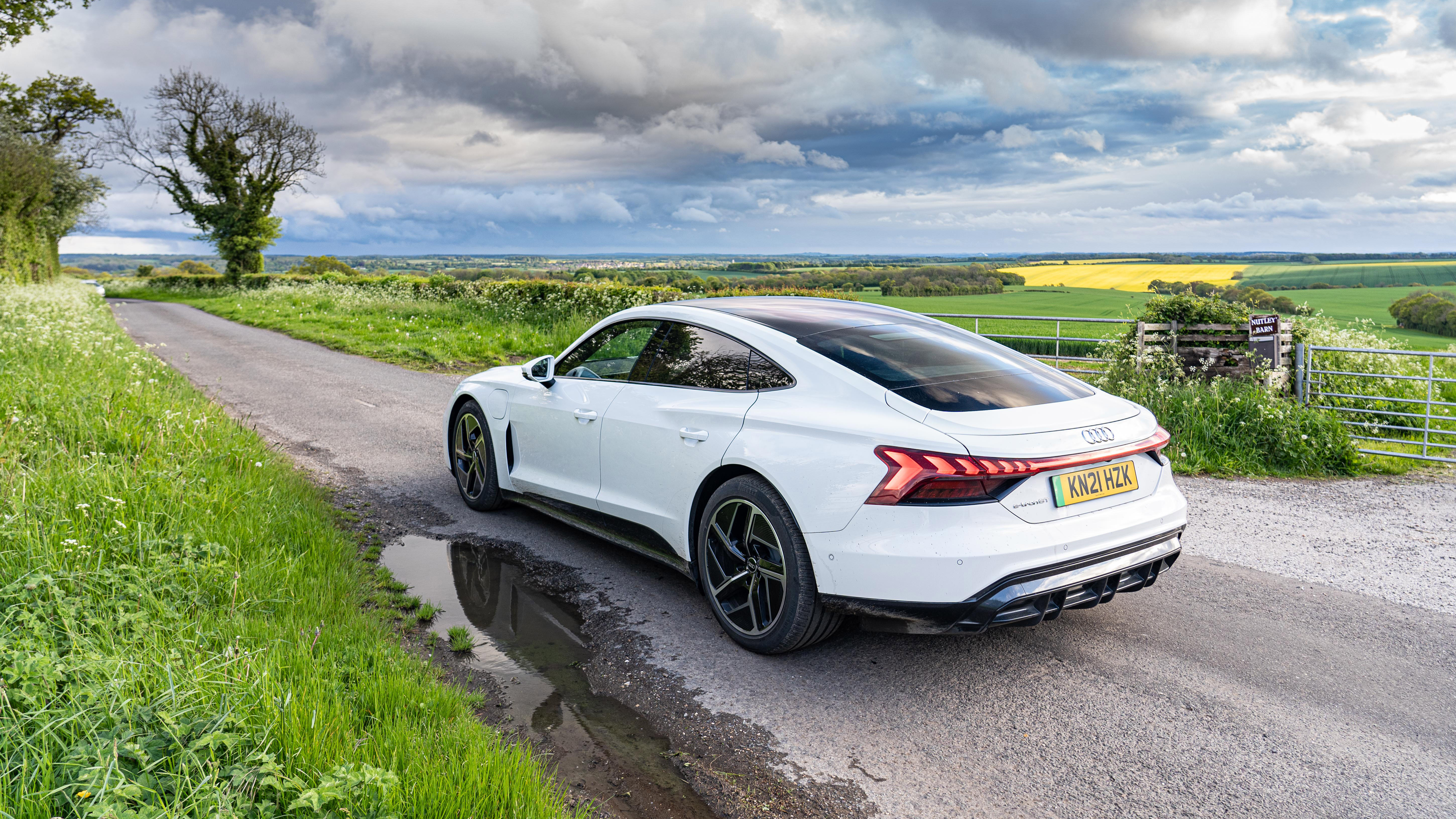 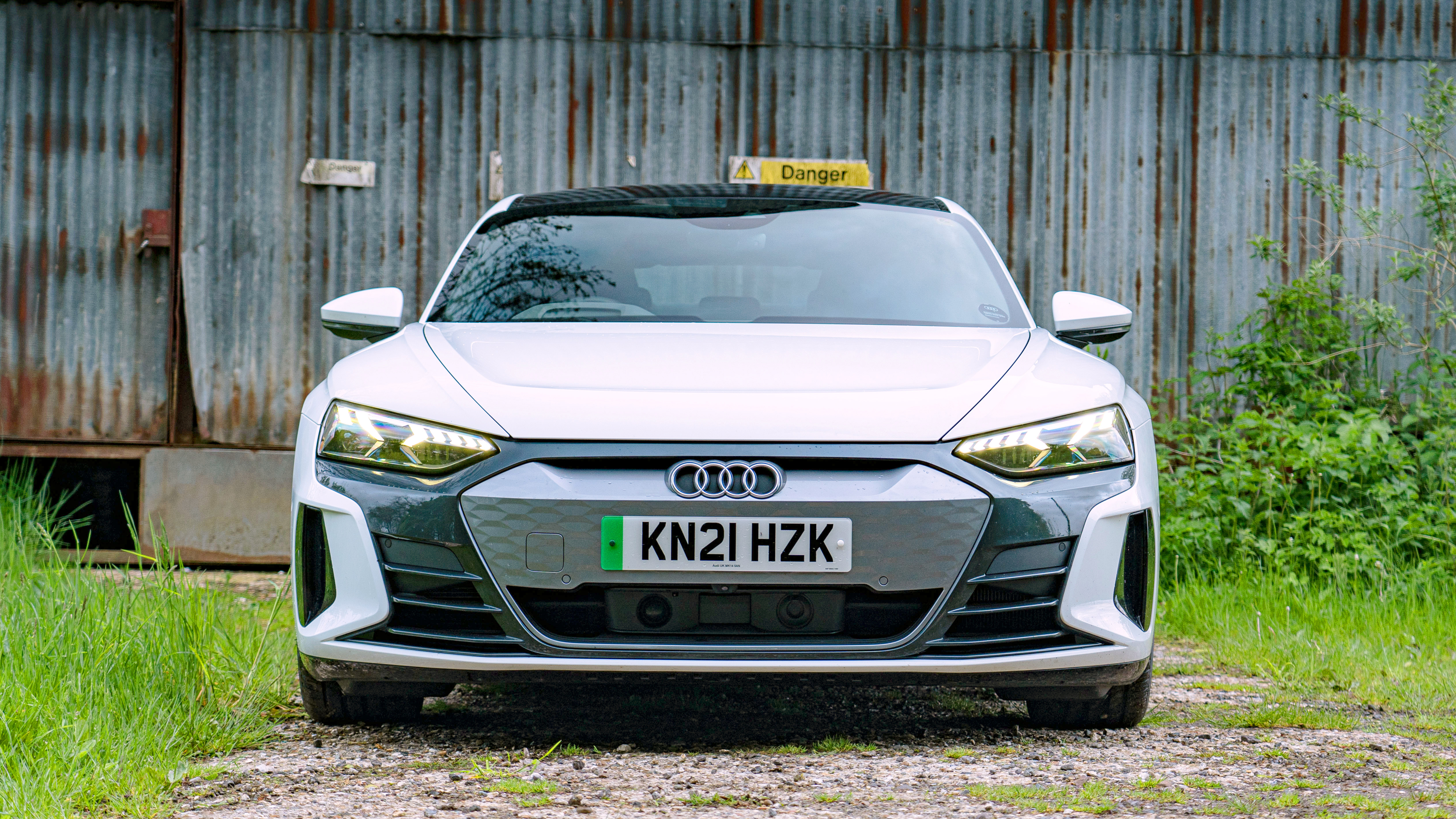 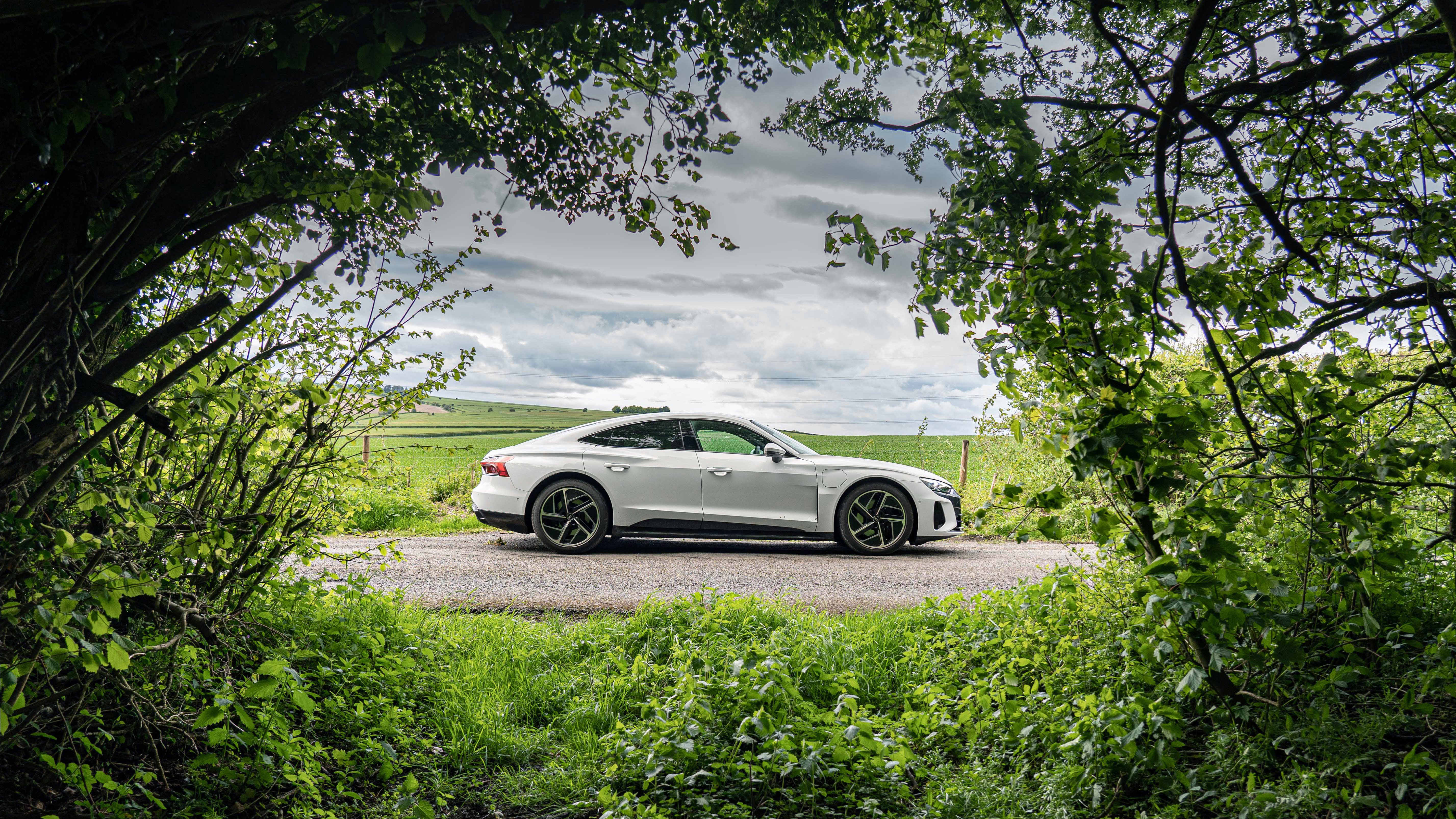 What's it like to live with Audi's electric sports saloon?

Every time I start the Audi it insists I set it up as a New User. I gave it 10 minutes first time round before deciding that the whole enter VIN number, download app, ten-digit passcode, hang about is passcode the same as password business, could wait. I’ll get round to it, but the first few days after you take delivery of a new car are enough of a bombardment without the struggle and frustration of linking car and phone at a deeper level than Apple Carplay. That, by the way, was easy.

App aside, how are first impressions of the e-tron GT? It rocked up outside the office in exchange for an RS e-tron Chris had spent the previous day spanking around Llandow circuit. That looked slightly more purposeful, but only because of the wheels and colour. Not much RS about the RS, if you know what I mean. Which leaves me a bit concerned about what Audi wants RS to be in the future. But that’s a topic for another time.

But the fact the RS didn’t behave much like an RS until fully Harris’d on track but on road had been placid and smooth did encourage me that the standard e-tron GT should be an even nicer thing for Just Getting About In.

I went white because I thought the clean, bright, stark aesthetic would give the e-tron a sunny Californian new tech start-up vibe. But the only things that pinged during May were raindrops off the GT’s roof, and it quickly gained a grimy coat. Unlike the GR Yaris, not one of those cars that looks better dirty.

I’m trying to work out the styling. It looks great from a distance, but get close and it loses those lovely proportions, the nose becoming more bulbous, like your vision has gone wide-angle. It looks big. It is big. Nose-wise the grey grille is better had in body colour, a £350 option, but the light signatures are narrow and angry. This car has the full-house Matrix LED mit laser lights. Night time power is astonishing and the beams wriggle and deflect out of the way of oncoming traffic, but they cost at least £3,590, because they come as part of the Comfort and Sound pack with B&O tunes, parking sensors and ambient lighting. It’s probably worth having the C&S Plus pack which for a towering £8,190 chucks in Adaptive Air Suspension, Sports Seats Pro with ventilation and full Nappa leather.

However, this one’s a fully-loaded Vorsprung, which means that all comes as standard for your £106,950. For the same money you could have a boggo RS or do what I’ve already worked out I’d do. Go for the £80,850 standard car and load it up. Throwing most things at it on the configurator got it to £95k, so I’m not sure the Vorsprung represents great value. Maybe I’ve missed something. Audi’s own lease deals start at under a grand over four years, just don’t get caught out by the 5.8 per cent APR interest. One more thing worth noting: buy one and Audi’ll throw in a free home wallbox.

As I found out the other night, creeping home with just three miles range remaining, 12 hours on charge isn’t enough to fill it right up, but will get me to over 90 per cent. Audi says 298 miles when full. The real world rule of thumb is to knock a third off – yes, that much – but now monthly temperatures are creeping up and electric cars doesn’t need to spend so much energy managing battery and cabin temps, it’s looking like the e-tron should manage 240 miles if I take it easy. Looking forward to doing a long trip in it, in that slightly masochistic way you have to with EVs that aren’t Teslas.

Driving it? Smooth, soft and fluid. Quite a bit of sag and float over bumps on the air springs, which contrasts with the ruffle of wind noise – but then this one doesn’t have the £690 acoustic glazing. Too early down the production line, apparently. I’ll drown that out with a bit more B&O. But first impressions are of a car capable of making me feel nearly as calm and relaxed as a Bentley Conti GT. Let’s hope that’s still the case once I’ve tried to figure out the New User business.