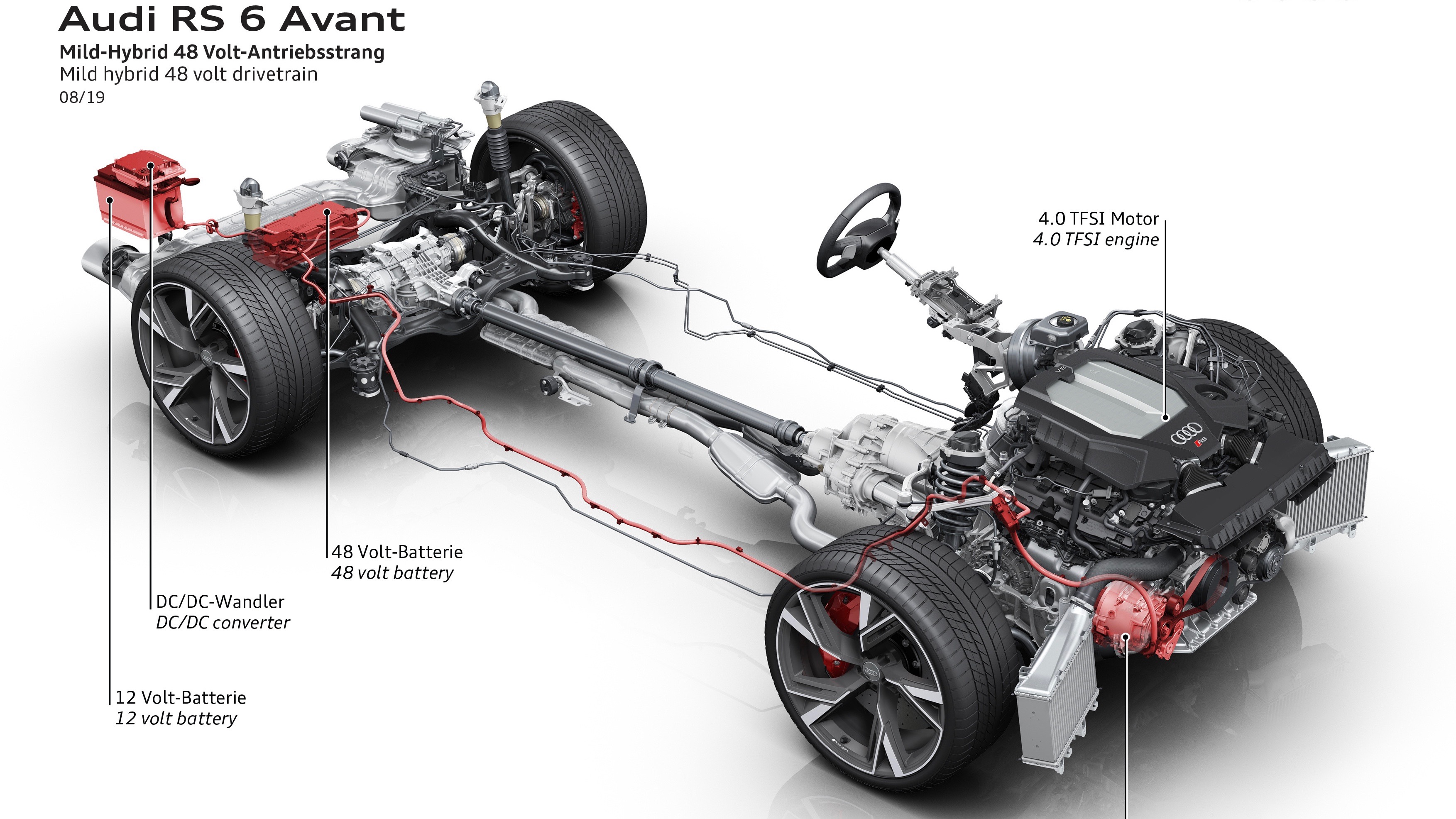 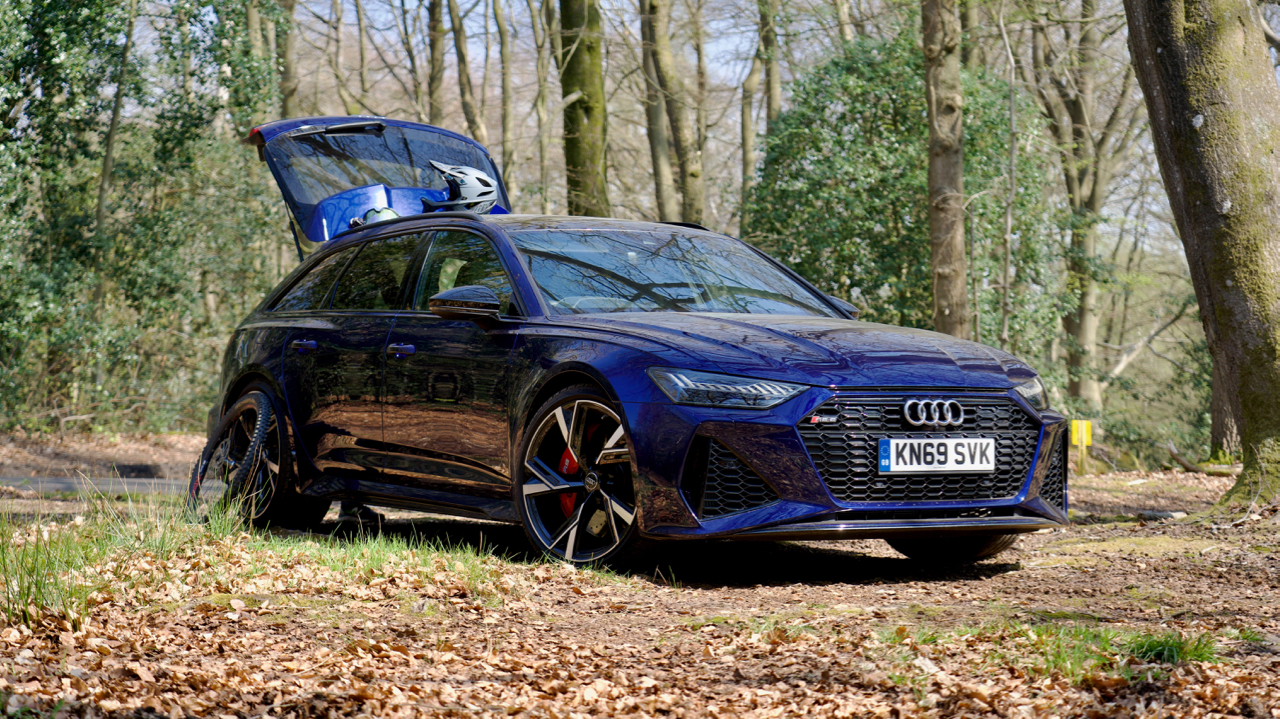 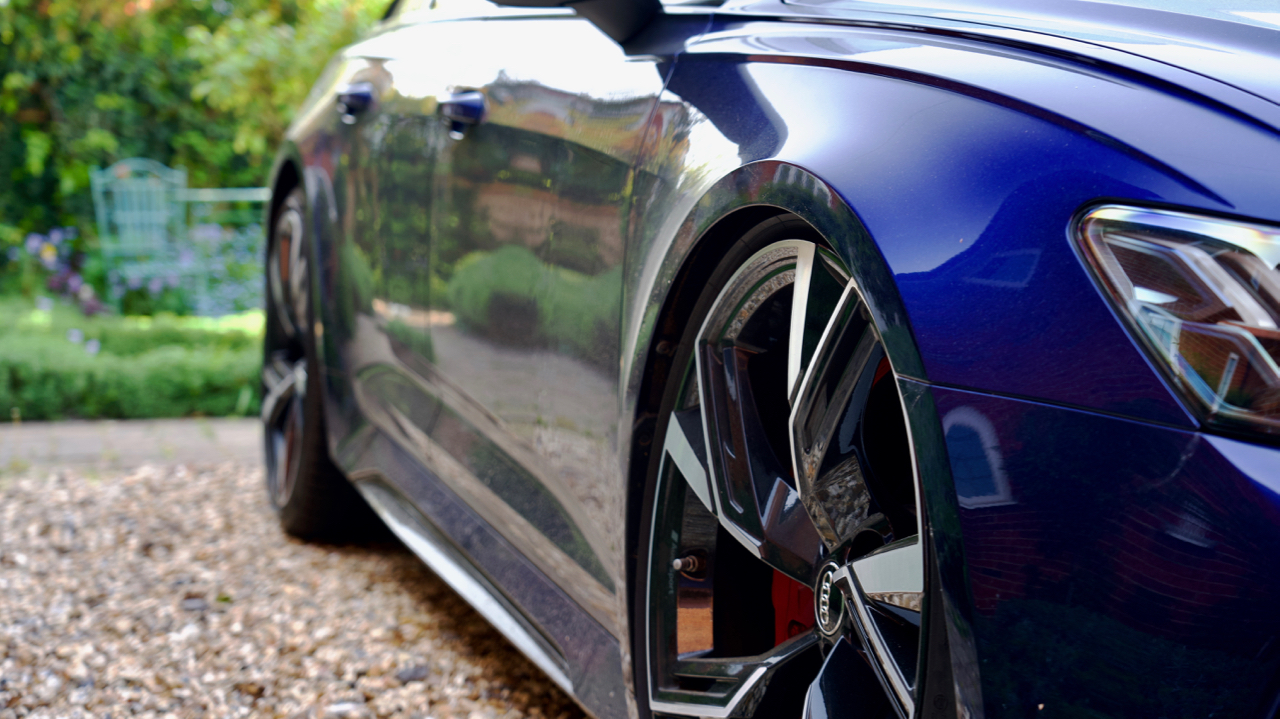 Does the Audi RS6's hybrid system make it less thirsty?

The Audi RS6 has a mild hybrid system. This harvests energy not from the brakes, but from the crankshaft via a belt alternator starter, stores it in a lithium ion battery under the boot floor and then uses it to power that same beefy starter motor. This means that at speeds between 34 and 99mph, if you lift off, and provided the on-board computers agree, the engine can shut off and coast for up to 40 seconds. That’s clever stuff. It’ll also do the same below 13mph as you come to a stop. And it also helps manage the cylinder shut off that turns the V8 into a V4. In practice Audi claims “it is possible to reduce fuel consumption by up to 0.8 litres per 100km in real driving conditions”.

But you can’t compare that because the system can’t be switched off. You don’t notice it switching to four cylinders, you do notice the engine cutting off. It’s smooth, so you mainly spy the rev needle dropping to zero. But more than that, you notice the engine not cutting off when you really think it ought to. The parameters for it working are very narrow: slight bit of downhill or even a rough road and it seems to upset the sensors enough that it won’t work. If you care about economy, this leads to mild frustration.

And I do care about economy, because the new RS6, with its hyped mild hybrid system is actually less efficient than the old RS6. I ran one for nine months back in 2014. It was a little less powerful (552bhp and 516lb ft) but, crucially, it was a lot lighter. And being lighter is a much simpler and more effective way of being both faster and more efficient. At 1,935kg the old one wasn’t light, but at 2,075kg the new one is properly tubby. Over the course of 20,000 miles the best the C7 did on a tankful was 26.2mpg, and overall it settled in at about 21.5mpg. After 6,000 miles the C8 has a best of 23.6 against an average of 20.4mpg. I don’t think it’s any faster either given both have an identical power-to-weight ratio of 285bhp/tonne.

So there’s progress. And being honest, I’m a bit disappointed Audi hasn’t done more with the 48v system. After all, it’s been used to great effect elsewhere. The mighty SQ7 SUV uses a 48v system to power an anti-roll system and drive a third turbo – both of which sound more appealing (and make more of a difference) than this timid mild hybrid set-up. I’m sure it was much cheaper to engineer this than alter the mechanics, create the packaging to add a third turbo. But this is what we should be expecting of an RS car. With Mercedes and BMW crafting clever switchable 4wd systems for the E63 and M5, Audi needed a headline-grabbing, performance-boosting trick to give it an edge. This MHEV system is not that – it’s neither a bold statement nor possessing the necessary real world benefits.

Have I got a downer on the RS6? No, just a sense of disappointment that this element of the engineering rings hollow. But it does do a couple of things much better than before – not least having a better balanced chassis. The old car didn’t have the damper control or comfort of this one and would run to understeer when pushed, while the rear axle was inert at all speeds. Changes including adding 4ws, narrowing the rear track and widening the front (yep, the front wheels are wider apart than the rears), have fundamentally improved matters. This is a car that feels more poised, balanced and agile despite the weight gain. Shame about the overly light, disconnected steering, but there we are. Not to mention the £17,000 price increase over the intervening six years.

But as I pointed out recently, it’s a much more soothing and refined family car now, a market position that does give it an edge over Mercedes at least. Oh, and in case you’re wondering about the air suspension issue (I've attached a pic), the car spent a couple of weeks away and has been fixed under warranty. A leaking air suspension cylinder was diagnosed - seems to have been a manufacturing issue rather than one inflicted by me - and so far there's been no more front end collapse.