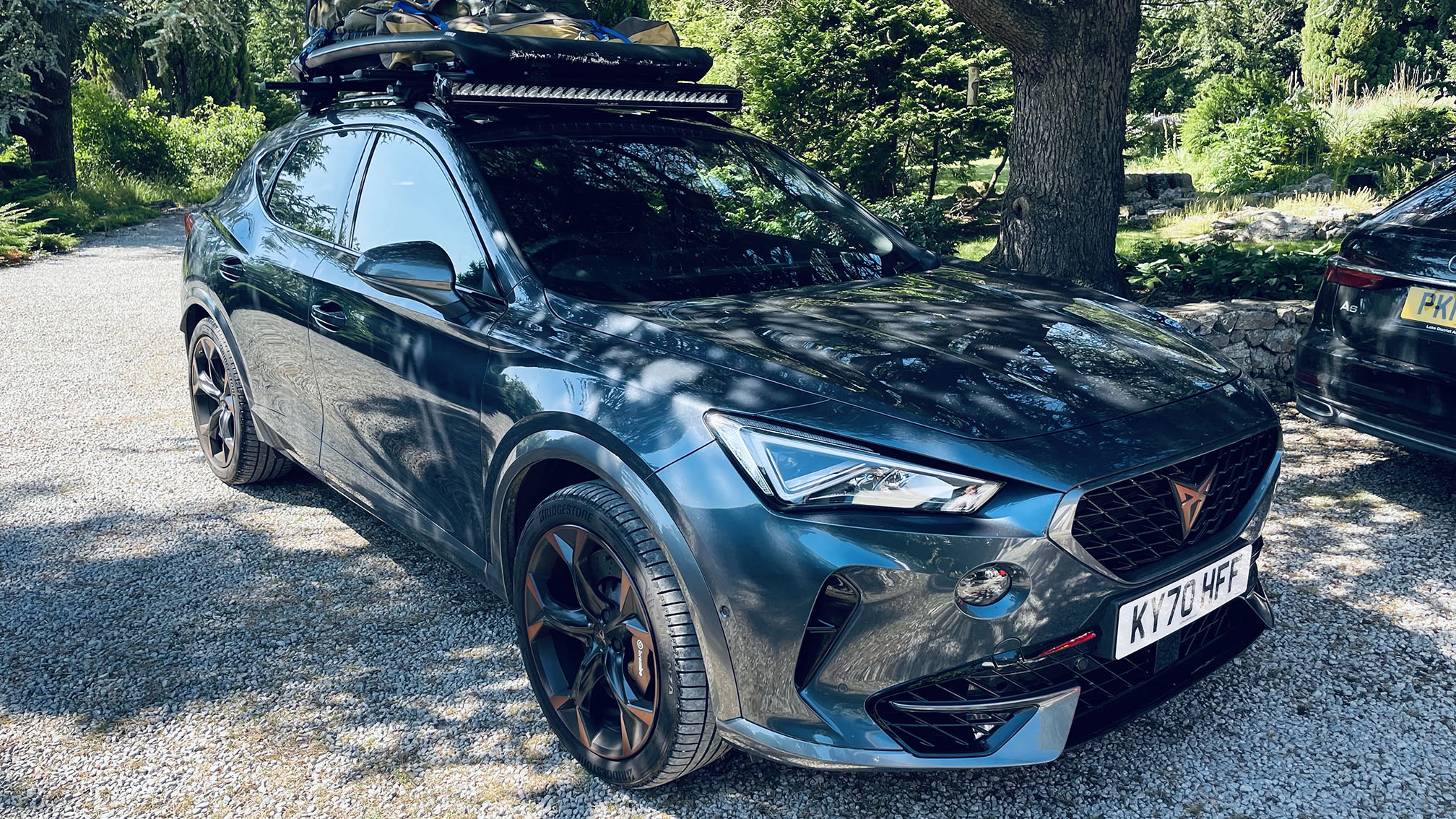 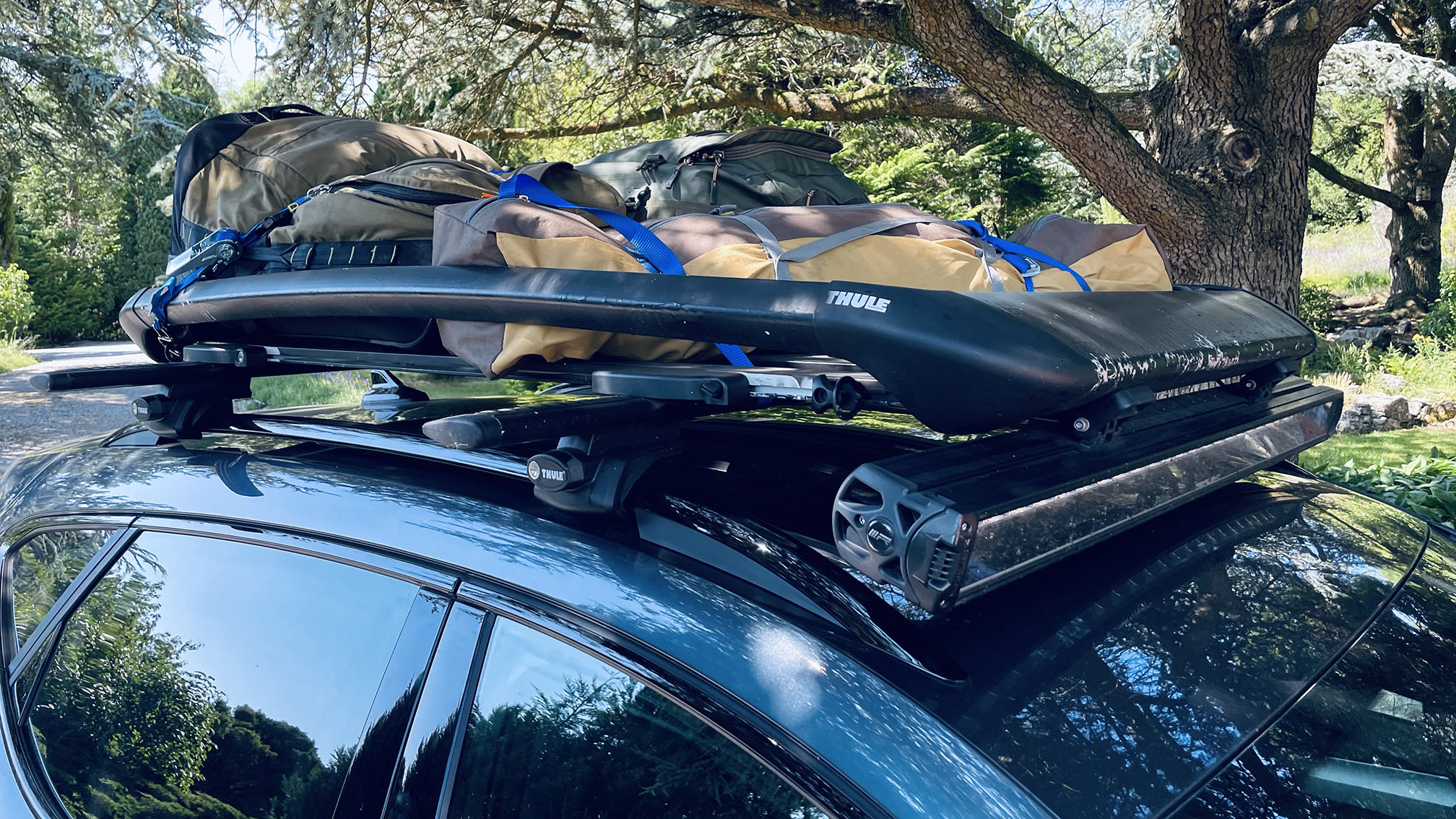 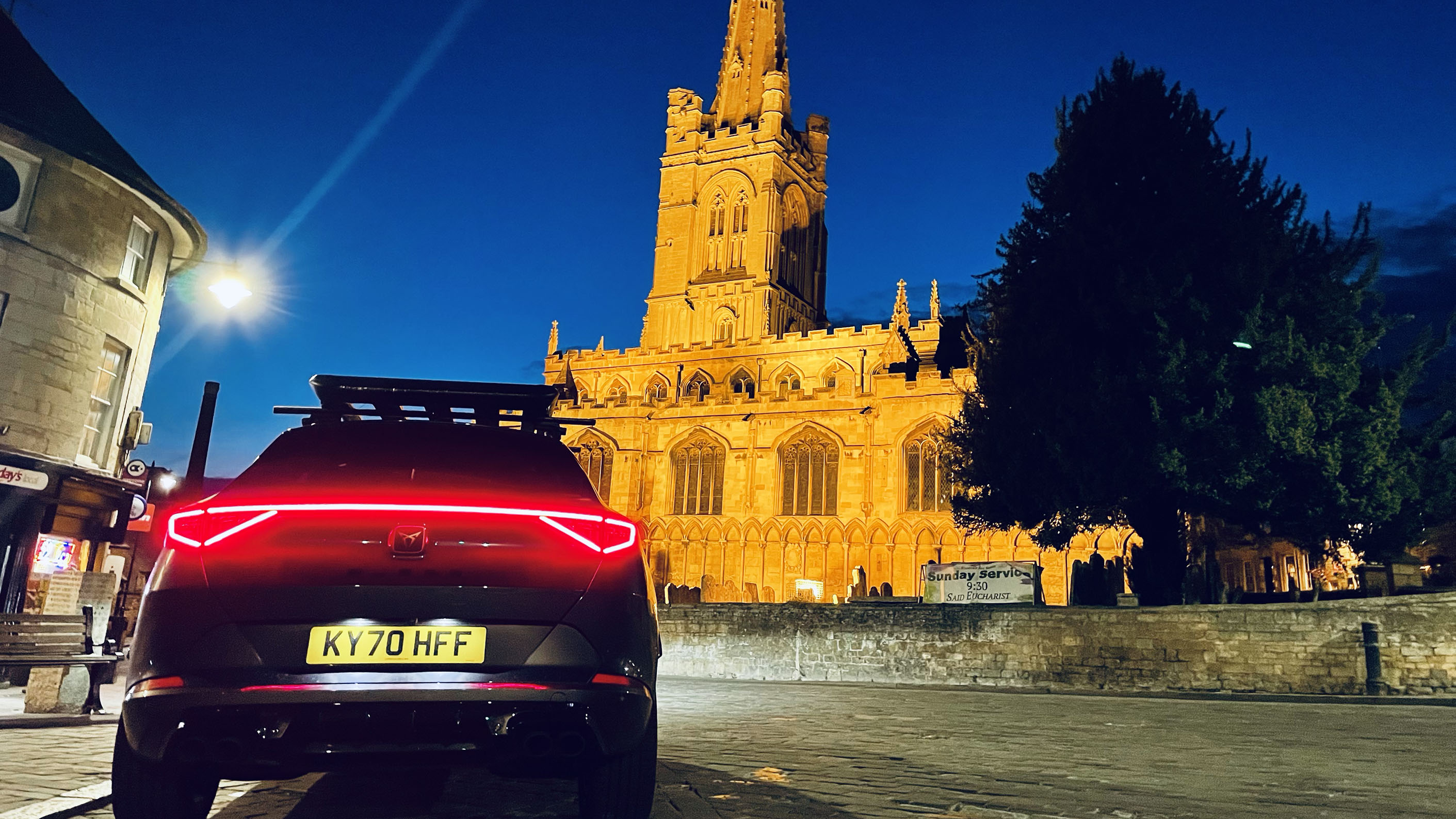 How practical is the Cupra Formentor?

A car is never actually too small, you just have too much stuff. Or people. I’m never really sure. Anyway, here’s an interesting Rubik’s Cube of a problem: five people and a medium dog, bedding and camping gear (plus tents), clothing and the random detritus of three teenagers, all packed into a Cupra Formentor for three days away.

Now, a Formentor may have similar bones to an Ateca (Seat’s small-ish family SUV), but it’s much lower in the roofline and less square, so you have less interior volume in which to squish bizarrely enormous bags of make-up and inflatable beds. Worth noting here that the boot is reserved for the dog, whose accommodations are far, far better than for any human member of the family, as it should be.

An immediate solution comes in the form of a roofrack or roofbox, which means you can basically decant the contents of the average boot onto the roof. Now I know these things are a bit ungainly, but if you consider that you can run a much more appropriately-sized car for 99 per cent of the rest of the year, and then just trot out the bolt-on storage for these odd occasions, they make sense.

And yes, lobbing weight that high will make the chassis engineer’s carefully worked out suspension kinematics somewhat redundant, but if you’re chucking the car around 101 per cent laden, then your family is more understanding than mine. And probably less prone to throwing things. Like their lunch.

Still, the Formentor’s roof rails made mounting a one-size-fits-all ‘rack easy-peasy. Mine comes with a small, three-foot long lightbar - please try to ignore that - although you will find the car’s 12v battery conveniently placed in the right-hand side of the engine bay, and there’s a decent windscreen channel to hide wires, should you need ancillary power.

After that, bag up all the stuff, ratchet-strap it into a vaguely aerodynamic shape, and you’re good to go. You’ll also find that the Formentor actually has quite a lot of space inside. You can easily stow smaller bags and bits of kit under the front seats, and with decent legroom in the first place, the space doesn’t feel overly cramped. Bluntly, I was impressed that we managed to get that amount of stuff into/onto one car.

And yet, we did. And the Formentor trotted quite happily up to the Lake District without the tents and bags falling off the roof, and any back seat passengers complaining of pins and needles or their feet turning blue.

Yes, cruising mpg took a small hit, running at around 28mpg (32 is possible on a run, 34 if you’re really cruising), but given that the 2.0-litre, 310bhp four-cylinder isn’t that economical, it didn’t seem too much of a bother. And yes, you can feel the weight up there, but the Formentor’s suspension seems perfectly capable of dealing with it. I’d even go so far as to say that in certain situations, the Cupra rides better with some weight on board.

Of course it would have been a more convenient and less time-consuming effort with a massive SUV, but like I said, 99 per cent of the time, this car has either just me and my dog, or five passengers and the dog - we rarely need all of us plus luggage. It’s basically a halfway house between a standard hatch and an estate car or small SUV.

For reference, a set of horizontal roof bars for a Formentor costs £174.07, and can take a 75kg load. A decent roofbox (more secure than my ratchet-strapped mash-up, and more aerodynamic to boot), will cost between £300 - £600 depending on brand. I tend towards things like Thule and Kamei, but there are lots out there. There’s even a universal kayak holder for £107 (the same for a secure surfboard mount), and various bike racks which fit the same system.

My point? The Formentor is actually quite a lot bigger and more practical than it looks. It doesn’t feel hampered in a multi-story car park, but when you need to load it up for a little adventure or trip to an airport, there’s enough space to handle pretty much anything.

Who needs a full-fat SUV?