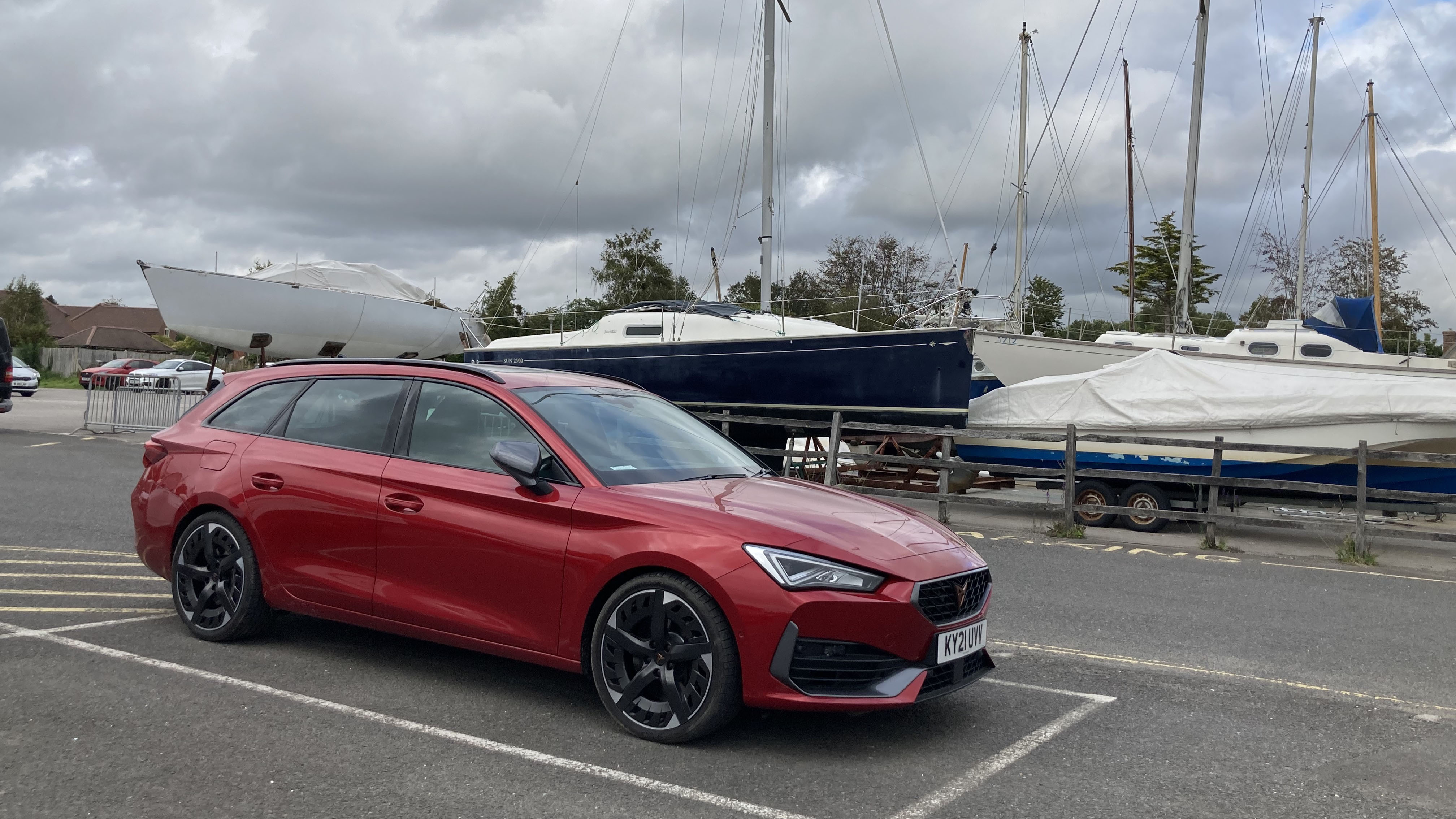 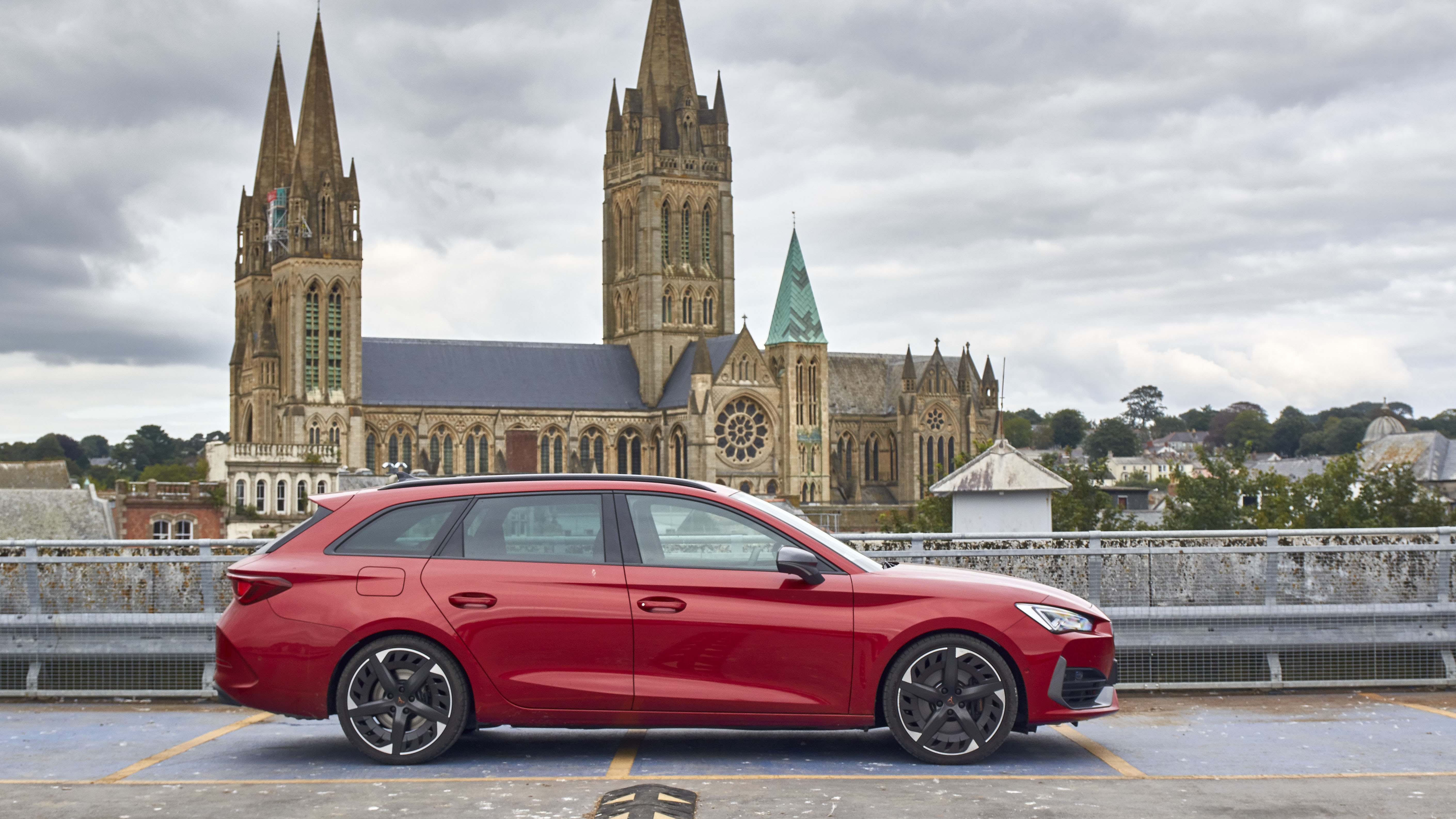 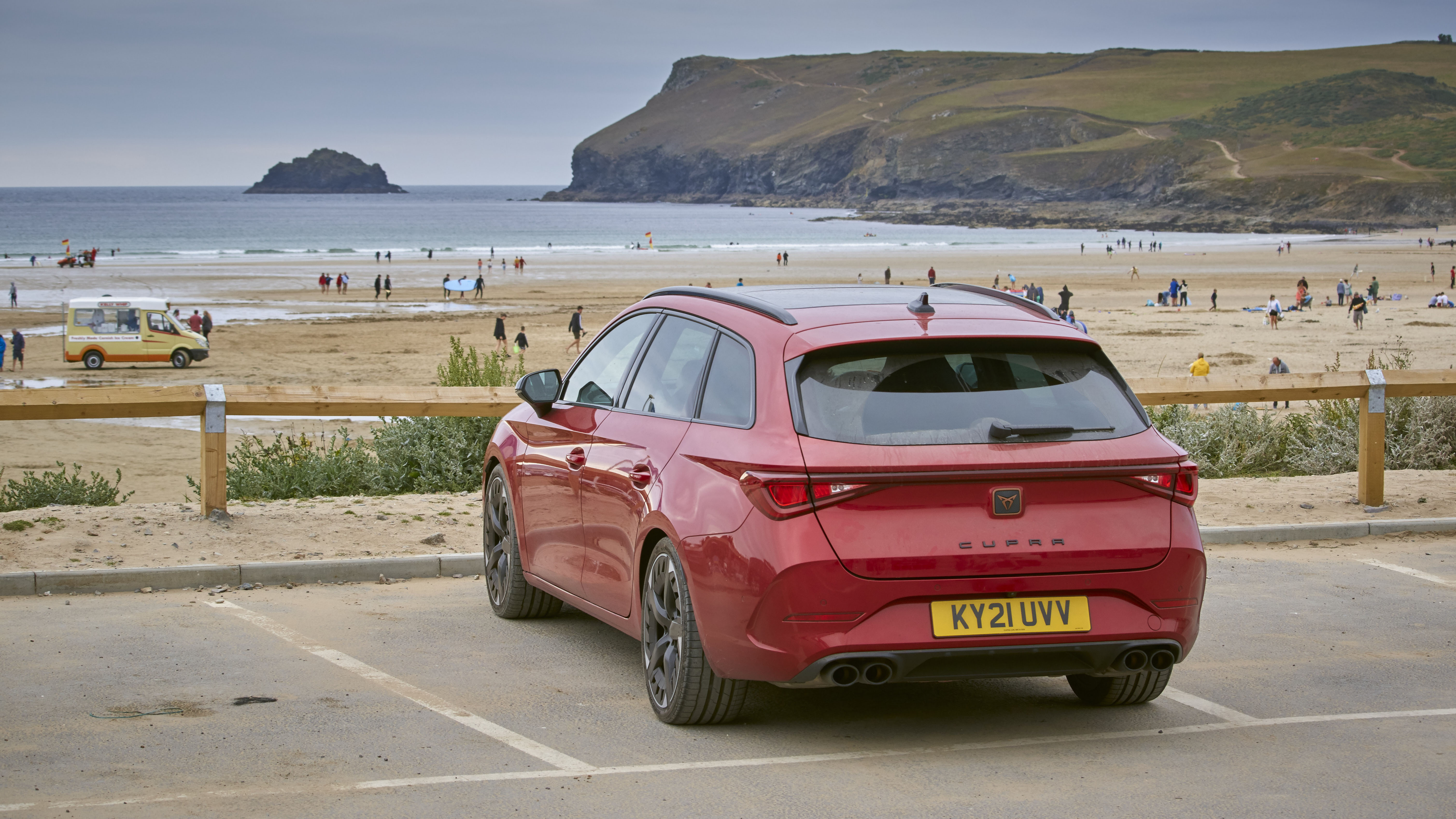 Hello and welcome to life with a Cupra Leon Estate

Oh we do all love a fast handsome estate, and here is one. It has 310bhp, which is near as makes very little difference to what you get in an Audi S4 Avant. OK the Audi is a V6 and this is a four, but the Audi's a diesel and this is petrol. Which is more fun. The Cupra is four-wheel-drive too, which will be handy as we get through autumn into winter. A seven-speed DSG is mandatory with this engine.

A quick run-down of the other specs. Beginning with the fact it's £40,535 plus a glass sunroof and 'Desire Red' metalling paint. At that money it's going to have to be good. It's certainly quick. Under five seconds 0-62. Doesn't actually feel quite that rabid, but of course its drag-sprint time will have been flattered by the traction of 4WD and the quick DSG shifts. Not that I'm saying it's slow mind.

This is the top VZ3 trim level. It has adaptive damping, and a heated electrically adjusted leather seat for my backside. The passenger's get the leather, but DIY adjustment. It also has an electric tailgate which is supposed to open with a sweep of your foot under the bumper, but as with all these things, it seldom works for me. The sensors can't detect my feet of clay.

The moment it arrived we put it to use. Off for a family camping trip, we folded one third of the rear seat, so as to swallow my pushbike upright – removing only the bike's seat and front wheel. Even with the bike in, we couldn't fill the rest of the boot. But then we have hilariously little camping gear. Most people these days take a tent the size of a cathedral, full field kitchen, four-poster beds. But anyway, it's a big space back there.

Then up from London to north Lincolnshire for a day at Blyton Park track, where the most excellent coach Mark Hales was charged with polishing the turd that is my track driving technique. Then a trip in the opposite direction, south-west to Cornwall, as far as Falmouth on one day.

I haven't yet done the Leon's full connectivity thing. I should have activated its modem so it will do traffic-aware navigation and tell my phone things like how much fuel it's got. Those apps are handy with electric cars because you can remotely control and observe their charging. But a petrol one, not so much.

Also the built-in navigation doesn't seem to operate in a way that's intuitive to me so I'm contenting myself with CarPlay at the moment. But in line with my investigative duty I promise I'll try the Cupra system and let you know.

I still have trouble calling it a Cupra. It's only recently that you've been able to say, with a Seat, just "It's a Seat" rather than "It's a Seat, a sort of slightly cheaper VW". And now we have to start again: "It's a Cupra, a sort of souped-up Seat".