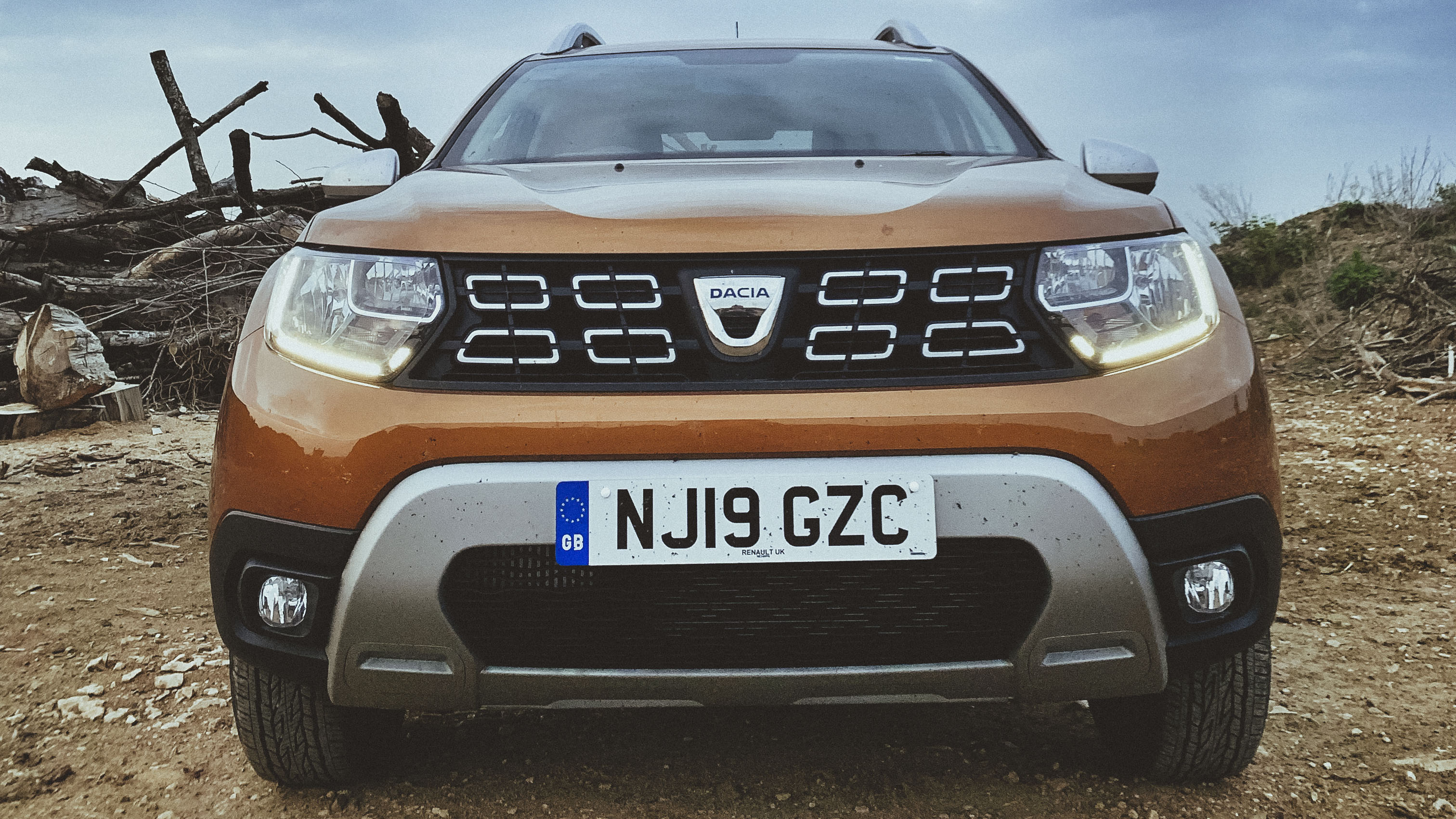 Is the daily grind in a basic Duster more cheap than cheerful?

It doesn’t matter whether you’re buying a £100k sportscar or a £5 bag of chips, the concept of value for money is important. If you’re Dacia, a car shorn of lots of glitzy fripperies leaves you with few places to hide - no one’s arguing that the company produces cars for a reasonable price, but are they value for the cash? Well, Top Gear has decided to find out, by spending quite a lot of time in a relatively basic specification new Duster.

So. It’s a 1.3-litre four-cylinder - the new 130-ish bhp engine - with front wheel drive only (4x4 being an expensive and likely rarely used option in this context), with a six-speed manual. We’re also not exactly going to spend ages listing the options, because they consist of ‘Desert Orange’ paint that you could easily do without (£500) and a spare wheel (£150), which I’d rather keep. Totting up means that if you did do without the paint, this Duster TCe 130 4x2 would weigh in at £14,550.

That’s a big-ish car for little-ish money. To put it into some sort of random recognisable context, a smaller Ford Fiesta 1.1-litre Ti-VCT Zetec with 85bhp would weigh in at £15,670. A Hyundai I30 S 1.0 T GDi (Golf Sized) with 120bhp £17,130, a Skoda Fabia Estate S from £14,160. So you’re getting space for not much outlay. And the Duster doesn’t look half bad, either. This new version shares precisely no panels with the old one, and looks cheerful enough, a kind of happy little box. The same can be said of the inside, in that it’s not awful, but there’s a distinct lack of flair. So the seats are a bit basic-looking, there’s not much going on in the way of stylish additions and you can see where cheap and robust has won out over more sexy/tactile trim coverings.

But the point is not about making an impression, but paring down motoring to the essentials for something that still feels like a proper family vehicle rather than a military troop transport. Space in the back is good enough for three, though the seatbelt in the middle is one of those annoying double-plugged things. Luggage space with the seats up is generous rather than ridiculous, though it has to be noted there’s that actual spare wheel under the boot floor, and with the seats folded flat, 1,623-litres of luggage area should be more than enough.

As far as the standard spec, it’s slightly complicated. This is where a lot of people think they don’t get influenced, but do, and a set of mats and flaps can go a long way. Battles fought and lost in the trenches of standard equipment. The Duster breakdown goes like this: basically, the bottom-of-the-range ‘Access’ (from £9,995) gets very little, but more than you think: no radio or air-con, black plastic bumpers and steel wheels, though it does get electric front windows, central locking and four airbags. ‘Essential’ gets both manual cold air and 4x20W DAB tunes, as well as other stuff like 60/40 split fold for the rear seat, and body colour bumpers. Neither are what you’d call opulent, but they don’t have deckchairs for seats and remoulds for tyres, and have the right safety kit.

Ours is perhaps the most rational spec for spending your own money, and it’s called ‘Comfort’. Everything that comes on the Essential, but adding alloy wheels (16 whole inches), a SEVEN FUNCTION on-board computer that shows range, average speed, odometer and… four other things, cruise control (via a switch between the front seats, for some reason), map pockets (swoon), electric door mirrors and rear windows, CarPlay, MediaNav with a 7-inch touchscreen and a rear camera. There’s other stuff, obviously, but when there’s a list of plus points that stretch to ‘chrome gear lever cap insert’ and ‘chrome logo surround on steering wheel’ you know there’s an element of reaching going on.

There is no keyless entry (there’s a key, and an ignition barrel, though there is remote central locking). There are no heated seats, or windscreen, or iDrive or Virtual Pilot or gesture control, or leather, or an electrically-adjustable lumbar massage shiatsu robot. There is just a screen you can plug your phone into, via a single USB slot next to it. You sort of get in, look around once, adjust the seat and drive. No mess, no fuss, no bother. There are two more grades above Comfort, by the way (Prestige and ‘Techroad’) but I assume that they are so decadent as to not really be allowed to feature in this family-read article.

So yes, it’s basic. You can see that there are no wheelarch liners or engine covers, the suspension is a simple beam axle  - with drum brakes - on the back, that there are a few rough edges not hidden under the usual plastic skirts. That some of the interior plastics are hard, scratchy and bizarrely loud. That there are switch blanks that lament the options you didn’t take, accusing with blind eyes, and a wholly accurate feeling that the surprise and delight will be limited to finding that little drawer under the passenger seat.

But that’s not to say it’s bad. There’s something really very refreshing about just getting in a car and driving it. Not spending twenty minutes setting it up, pairing and preening the 34 touchscreens and trying to find a comfortable position from the 2,347-position 94-way electric seats. We’ve done 1,500 miles so far, and I’ve not once worried about accidentally kerbing an alloy. I’ve parked it in public carparks and not been paranoid, moved people and stuff. It sets you free when your car is a little more utilitarian - like an original Fiat Panda or 500, or indeed a works van or pickup.

The engine is responsive and eager, and although you have to plan overtakes, they’re possible. Everything is super-light, and although there’s a general looseness to how some of the control surfaces interact, it’s again, not something that you don’t get used to. The seats are a bit flat and pewish over about an hour and a half, so that might prove to be more of an issue than it has been so far, but we’re getting just over 40mpg in general driving, and I couldn’t be happier. I think the question here is not if the Duster is the right price, but twofold: is it reliable, and will you get bored of the pared-back lifestyle?