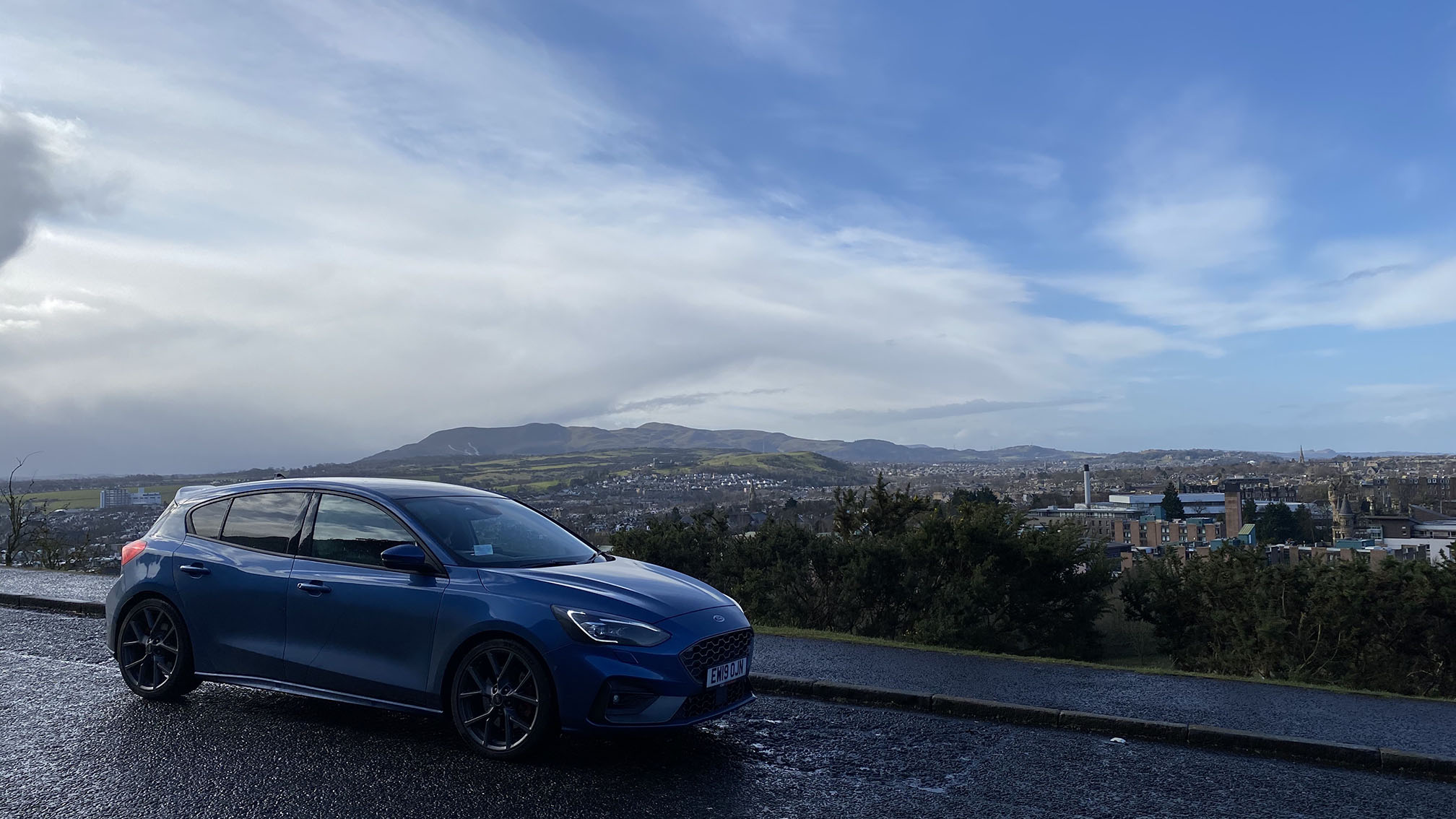 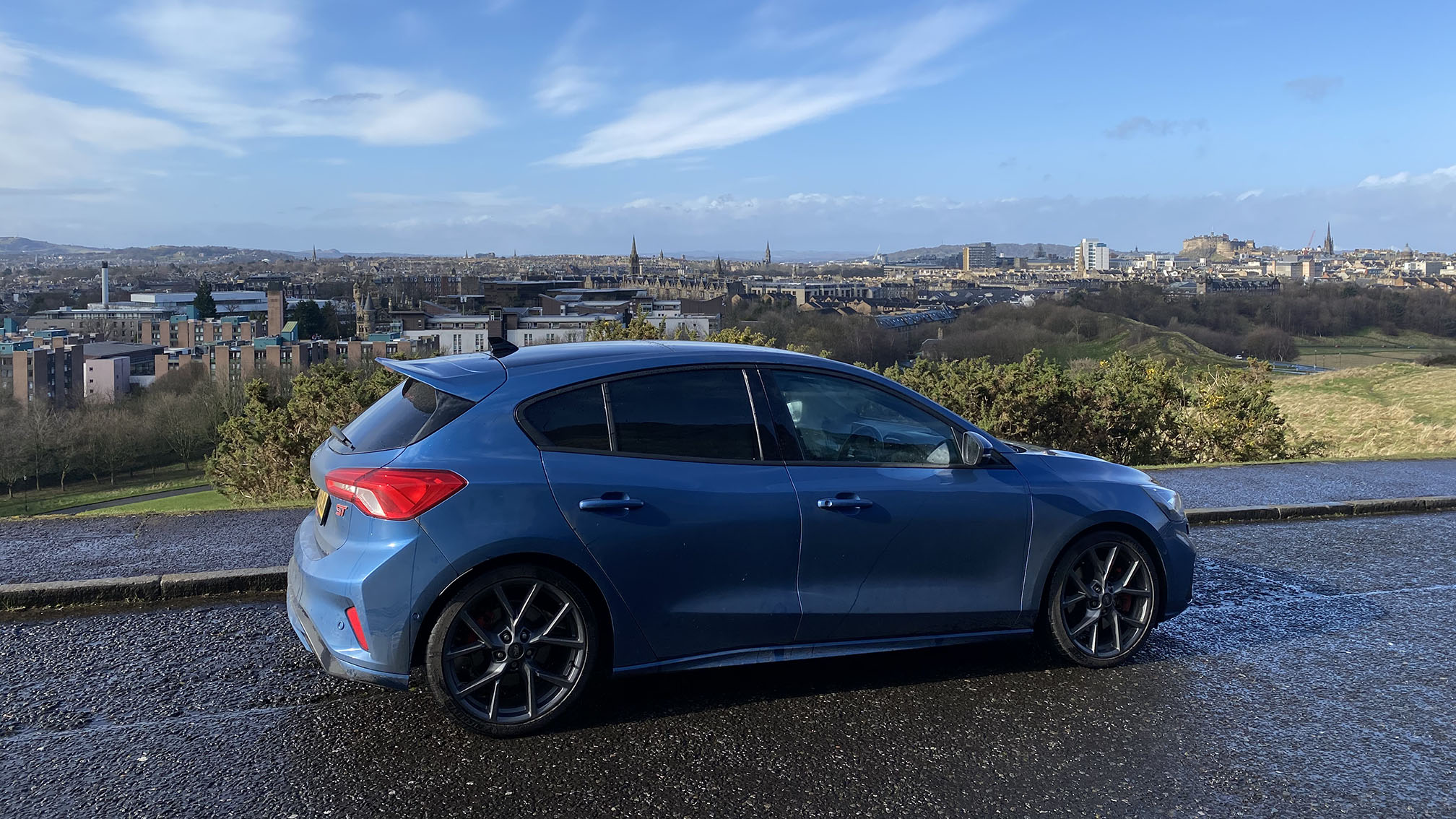 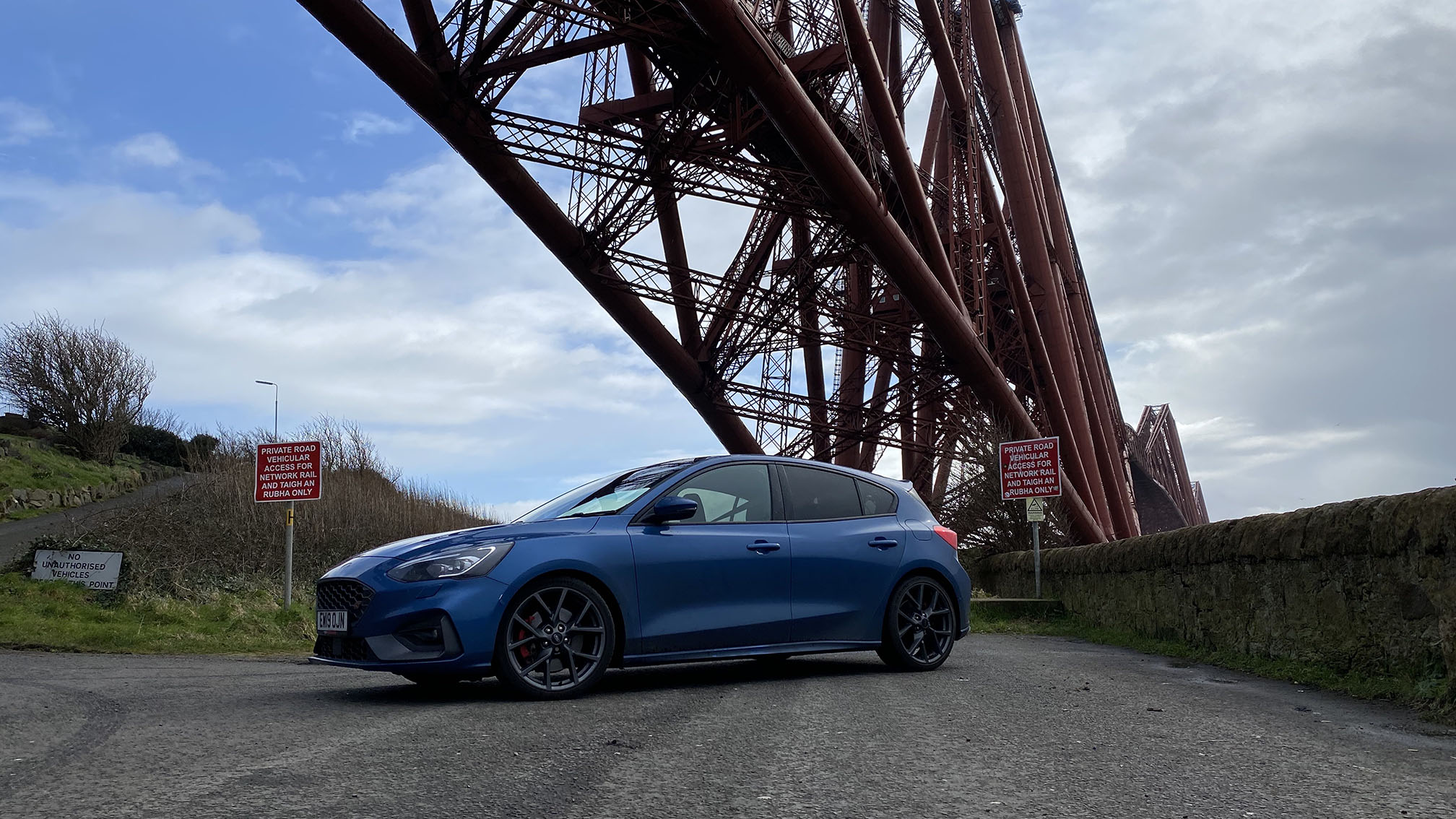 Is the Ford Focus ST the best hot hatch for a long journey?

I’d been to Wales, in the Focus. I’d been to the Peak District. It’d proved to be unusually, pleasantly good at the long-haul. But a longer trip beckoned.

Over the border, to Scotland. I love Scotland. I love that 15 minutes out of central Edinburgh in most directions, you can find yourself hiking up a hill in sideways hail only to reach the top in glorious, brief sunshine. Or, save yourself the commute and toddle up Arthurs Seat. I love the different interpretations of haggis from place to place. Go to Leith and they’ll bring you a socking great cut of it on the side of your breakfast, dwarfing your hash brown. Stop at a café in the shadow of the magnificent Forth Bridge in North Queensferry and it’s more of a powdered consistency, like a spicy couscous. Most of all though, I love the scenery, and the blissfully quiet roads that carve through it. The only reason we don’t shoot pretty much the entire magazine up here every month is the fourteen-hour round trip to do the job.

On the northward trek, the Focus once again proved itself as a phenomenal motorway machine. At a cruise, it’s not night-and-day better than say, a Civic Type R – the engine hushes a tad better, perhaps. And heated seats stave off backache. It’s the economy that’s continued to stun, though. From Leeds to Edinburgh, via the A1 then the A66 west and northward again past Carlisle and Penrith, the readout never dipped below 41mpg. 360 miles from a tank, in the end.

I’ve praised the ST’s motorway parsimony before, but this was absurd. No slipstreaming lorries at 55mph, or shutting off the air-con. This is something our beloved Hyundai i30N or RS Megane simply could not do. At your most careful, you’ll get nowt better than low-30s for them. If you’re dropping fifty quid into the tank three times a month instead of four, that’s a big tick in the Focus box, as a daily.

I felt guilty on the way back. The ST’s cabin was thick with Scottish mud, crumbs from badly judged road trip snacks, empty packets and damp waterproofs. It deserved to enjoy itself, so I followed the old great north road down south, along the spectacular coast past North Berwick and Dunbar then down to Durham for lunch. Hardly the Nürburgring, but this is what’s great about the hot hatch as a concept. Sensibly frugal on the motorway, stuffed with toffees and jelly baby dust. A tap on the Sport button, and it’s a raving lunatic being chased down round a devilishly tightening sliproad by a cacophony of exhaust crackle, prompting tutts from the vicinity of the passenger seat.

That’s what driving a quick car is all about in 2020. The utopian dream of a 20-minute blat down a remote B-road isn’t realistic. It’s arguably not even responsible. Fun in a modern car comes from those brief squirts, making the most of a roundabout. Forget the Nürburgring. Commute through Milton Keynes instead.

In these moments, I’ll concede a Honda Civic Type R is more razor-precise, and ruthlessly fast. A Hyundai i30N is even more biddable, more juvenile. A riot. That means, then, that Ford’s unashamed, not-secret goal to target Golf GTI buyers with this much more mature mk4 Focus ST has succeeded. It’s absolutely nailed the middle-ground, for most people, most of the time.

This trip occurred a fortnight before COVID-19 put the UK under lockdown. Since its Scottish jaunt, the ST has barely covered 20 miles, in humdrum supermarket shop duty. It feels like a bit of a waste of its talents, frankly. Once we’re able to enjoy roads again, I’m already fantasising about where to take it. I hear Scotland’s nice this time of year...