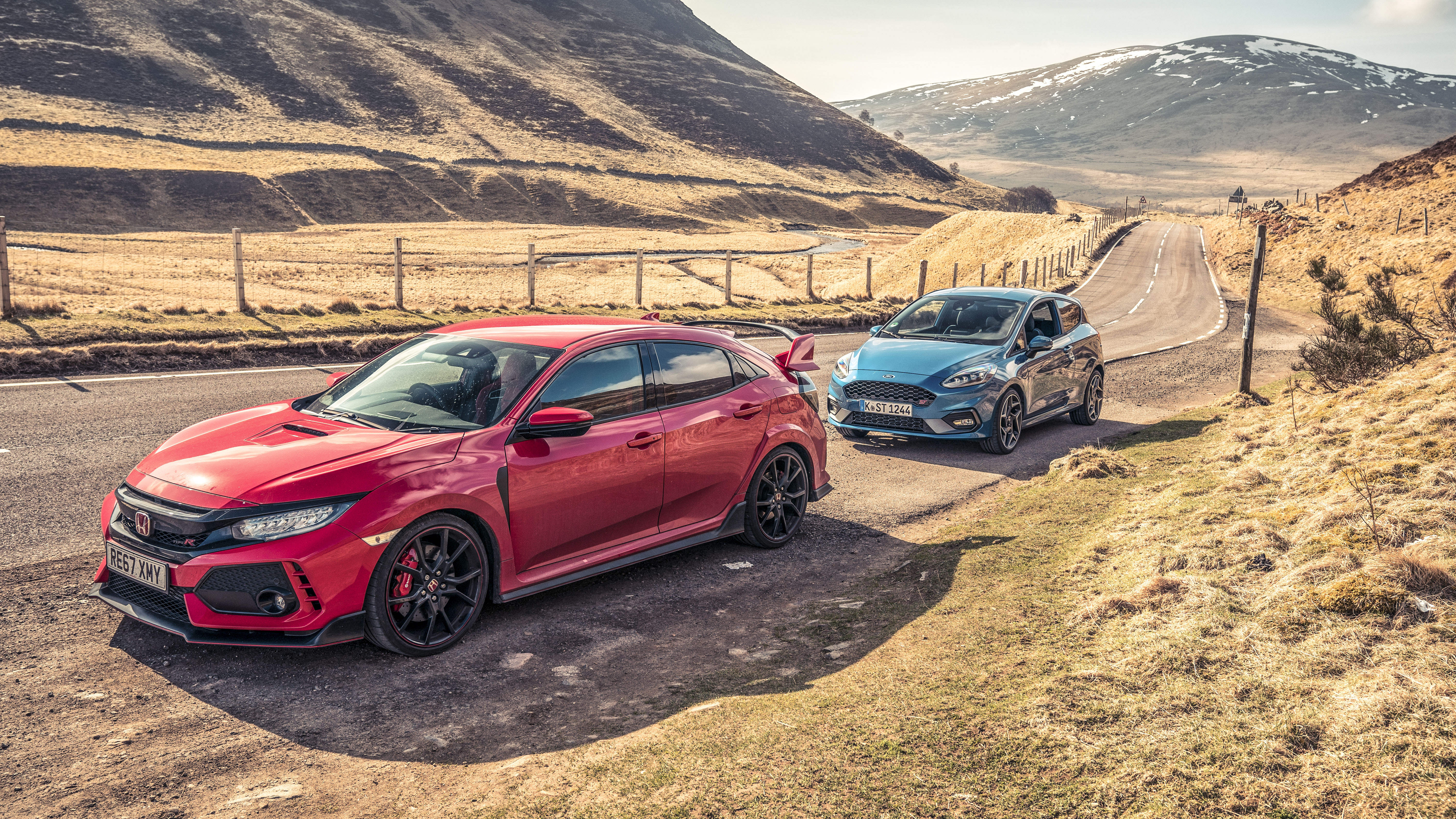 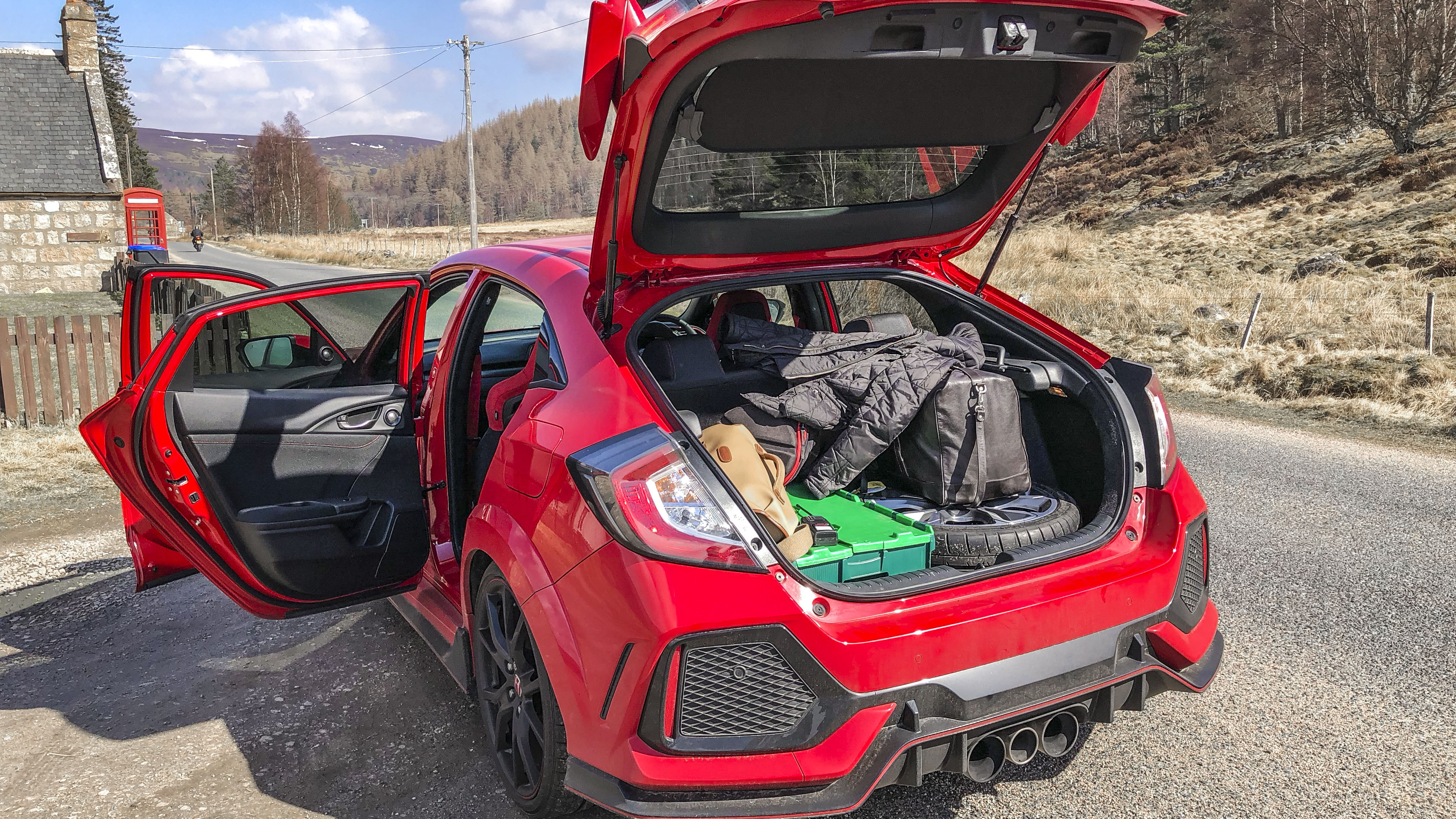 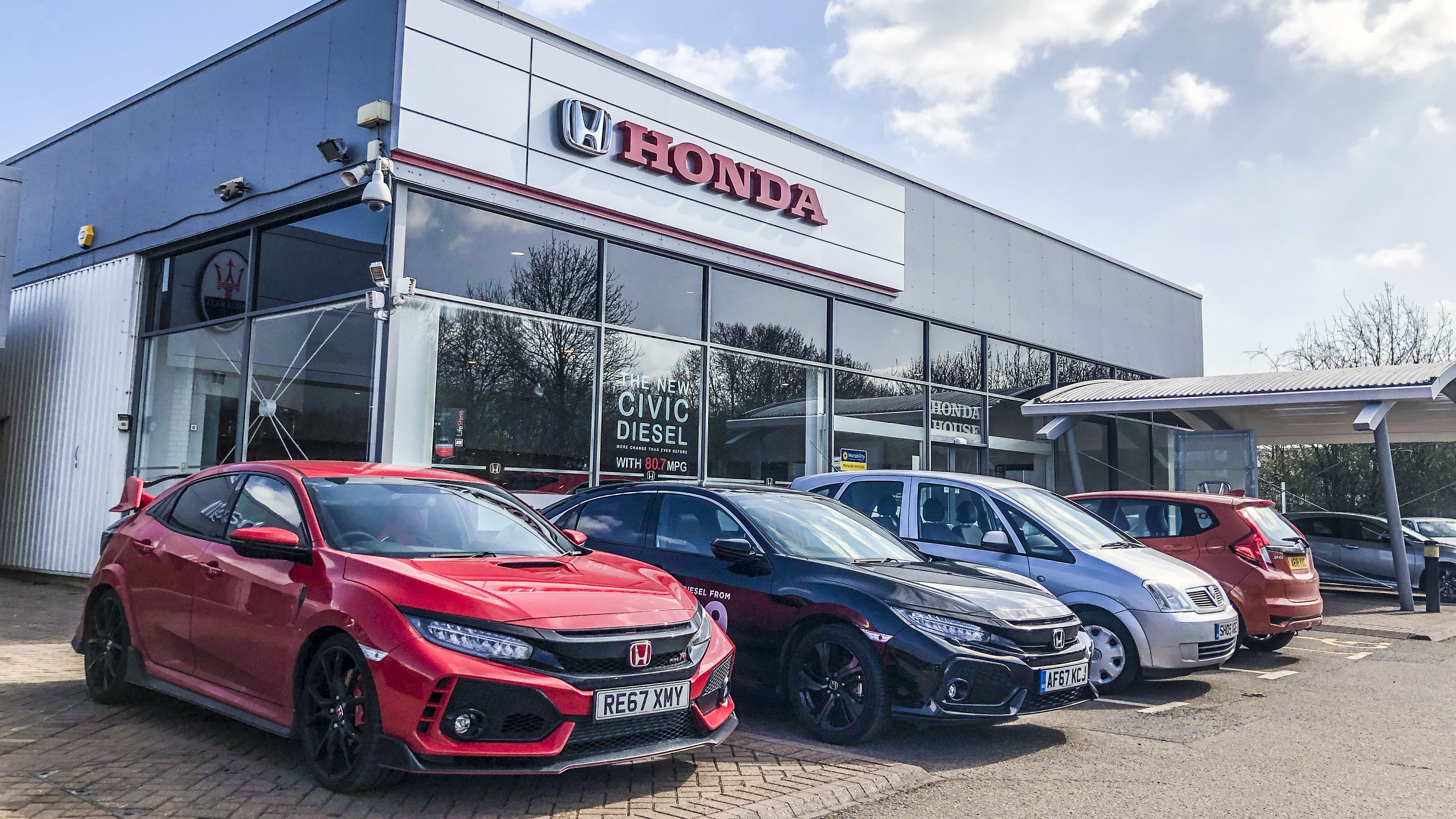 As ever, the pics tell only half the story. Looks like the Type R chased our Fiesta ST along its 2,220-mile test, saddled with camera gear, spare walkie-talkies and dubious protein-infused flapjacks, and had a lovely, incident-free time in the sunshine. Actually, it nearly didn’t happen. The Civic’s been in the wars.

The first clue something was awry was Tom ‘Mr Punctual’ Harrison being late to the rendezvous point on the A1 before both cars convoyed north on a Saturday morning. He’d been at the Civic’s wheel when it was wounded by the Mariana Trench of potholes. Unavoidable, smack in the middle of a 70mph carriageway.

“The Civic thumped through it with the sharpest, most violent crack I’ve ever experienced in a car,” he reported. “I was surprised the windscreen didn’t crack and the tyre didn’t burst. I rolled into a layby half a mile up the road and inspected the damage to the alloy. There wasn’t any. Four other cars were there, their drivers on their hands and knees examining the fronts of their cars.”

However, an excruciating metal-on-metal knocking noise proved the Civic was not well.

More out of hope than expectation, Tom limped the car to Marshall Honda Peterborough, who had their techie jack up the Type R. I was astounded to learn the diagnosis was the front-left damper itself had been bent out of whack, causing a dislodged suspension link to bang against the inside of the front wing. I was even more astonished when the Type R was back on the road an hour later, suspension reconnected.

“At no point did I tell them I was a journalist, or who the car belonged to, which makes the level of service we were given all the more impressive,” Tom recalled. “Didn’t even charge us.”

I’m currently awaiting a second opinion on the damper, which may need to be replaced, and feverishly scanning my commute for potholes. Our nation’s roads, after the Beast from the East cold snap, are a scandal. If a pothole can wreck the suspension of a ’Ring-honed superhatch, imagine what they’d do to a motorcyclist, or an older, more worn car. Be careful out there, until the government pulls its finger out.