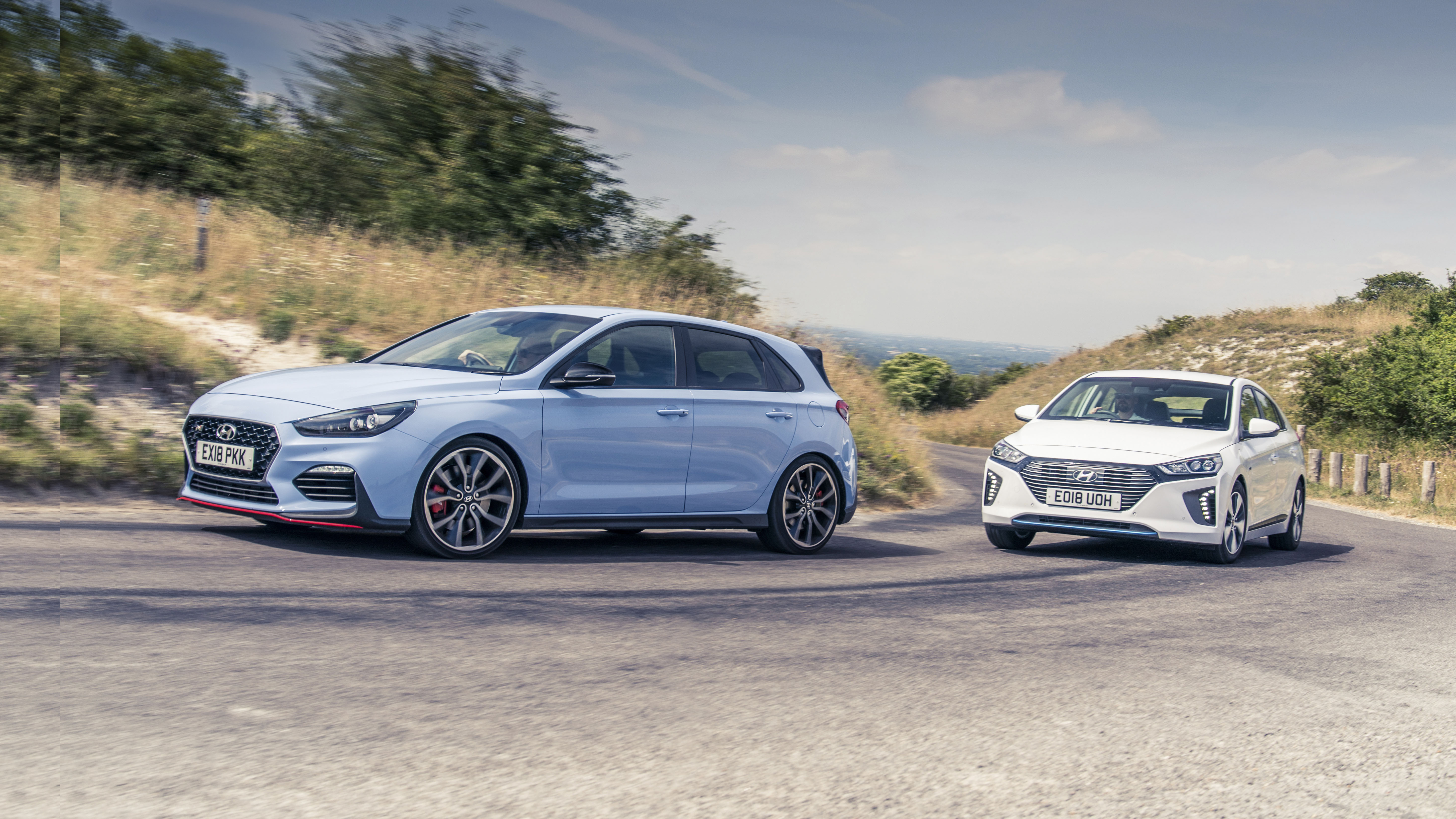 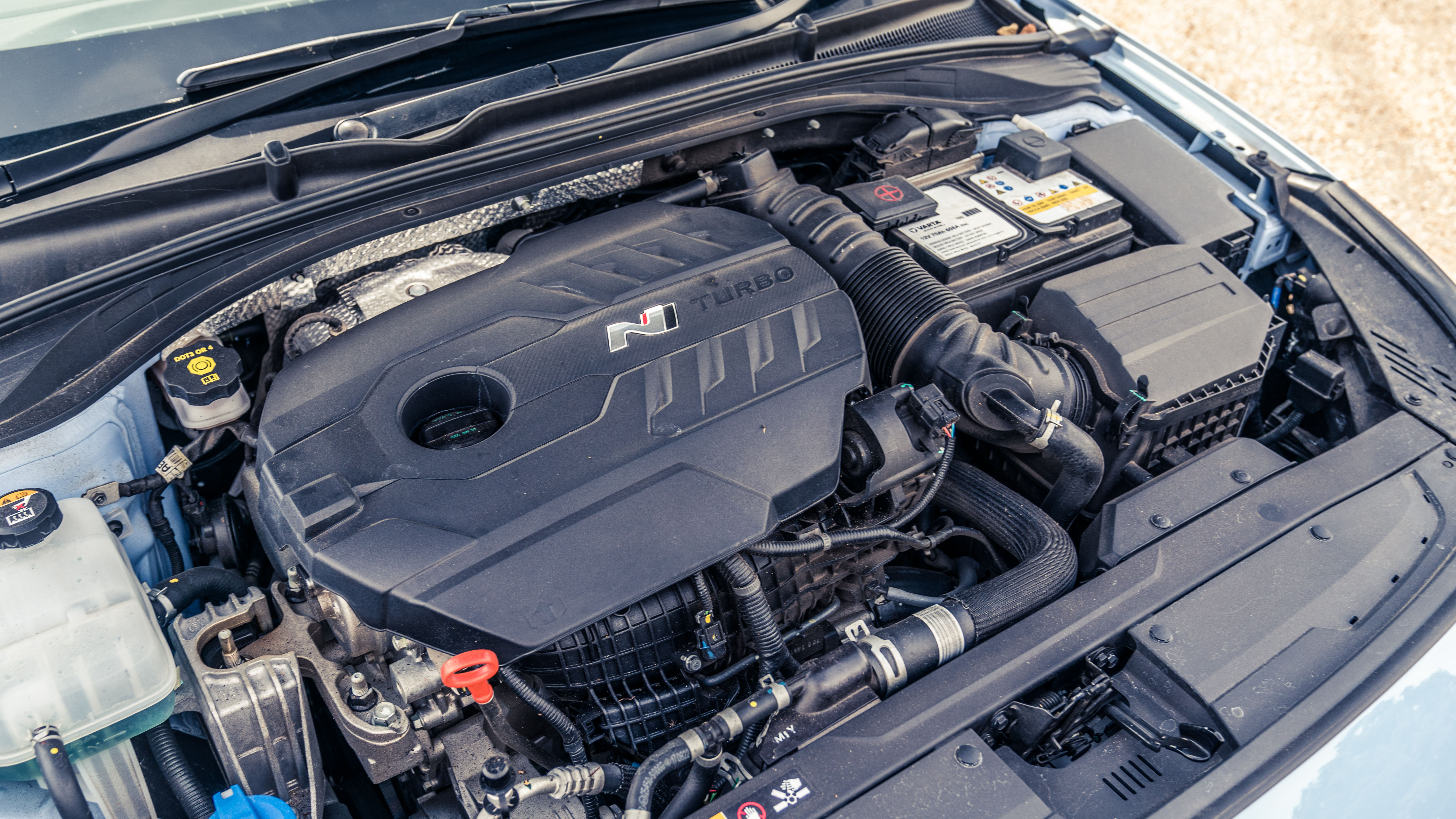 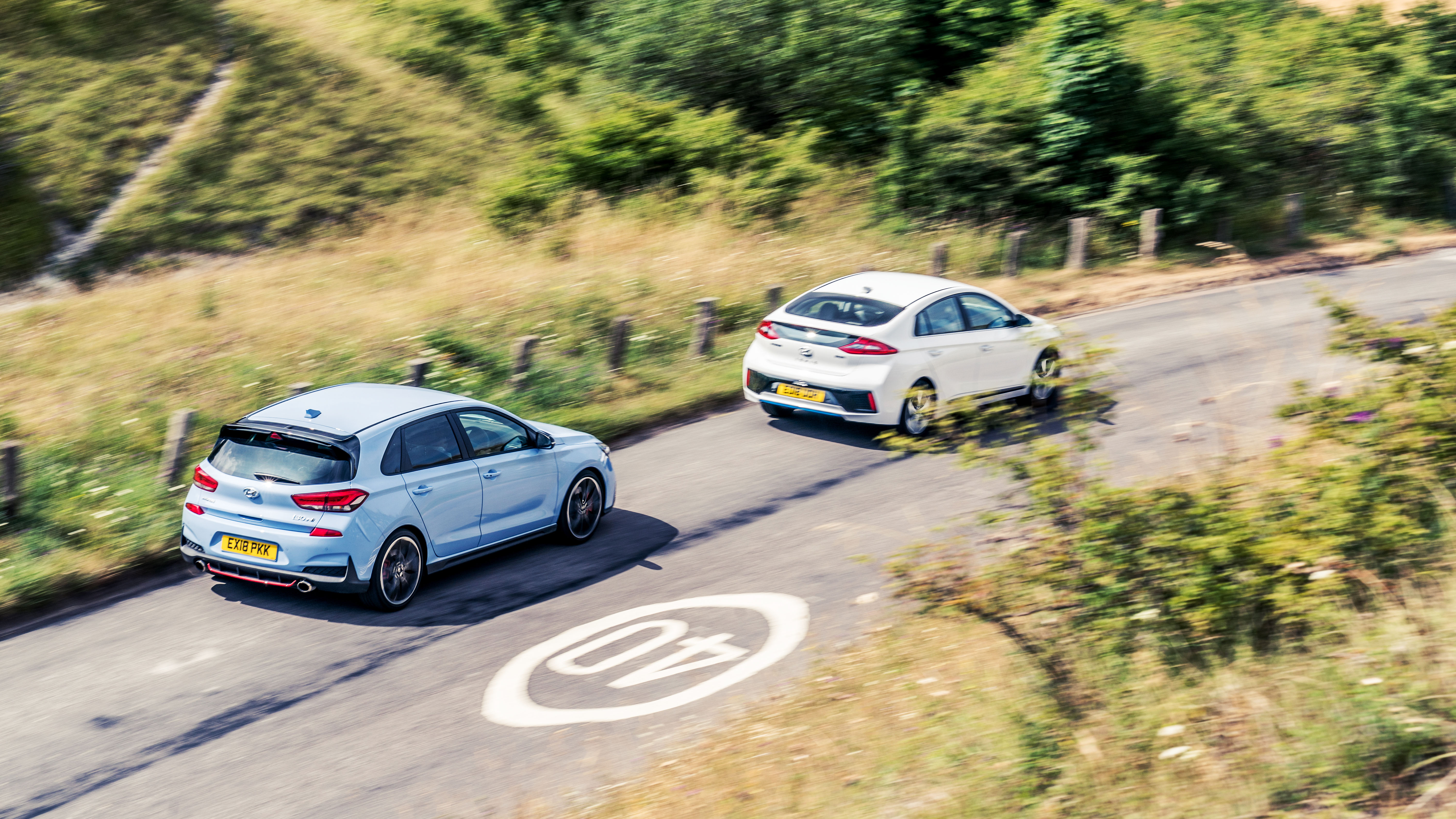 Stephen Dobie: Together, we’re running surely the two most interesting Hyundais ever. The i30N hot hatch and Ioniq plug-in hybrid. They’re both about 28 grand, but what they’ve done with the development budget couldn’t be much different. I thought it’d be fun to try each others cars.

Sam Philip: A nice theory, with one tiny downside. Your i30N, though very nice looking and very not-slow by Hyundai standards, isn’t actually an especially interesting proposition, is it? I mean, it’s just a Golf GTI clone with a Hyundai badge, no?

Stephen: Blasphemy! It’s so, so much more exciting than the Golf. Yet cheaper. And with a better warranty. And every piece of equipment you’d even need in a car like this. Except perhaps for heated seats, but this heatwave’s gone on so long I can’t remember what having a cold bum’s like.

Sam: Actually I completely agree. Not about the bum thing, but about the exciting thing. Before driving the i30N, I thought it would just be another GTI replicon, but it’s so much entertaining than that. Hot hatches have to tread a delicate line between being silly and practical, and the standard Golf GTI, for me, falls too much into the latter camp. The i30N gets it just right. Loads of speed, loads of noise, nice meaty controls, but far more pleasant to live with day-to-day than, say, the last-gen Honda Civic Type R, which went just too far down the ‘cartoon hot hatch’ route.

Stephen: Some people might accuse the i30N’s ‘Normal’ suspension setting of being too hard, or its sports exhaust too loud. They might be the weeniest bit right, too, but I actually love that it’s loud and boisterous whatever mode you’re in. Hot hatches should lead you astray onto more interesting roads. This one does, probably too often.

Sam: It really feels like they’ve spent a load of the development budget on the greasy, oily stuff underneath, rather than getting too hung up on contrast-stitching nonsense or chequered flag motifs or jazzy change-up lights. Though admittedly there’s a fair smattering of that stuff too.

Stephen: Yeah it’s not the subtlest. And it is flipping thirsty when you drive it hard…

Sam: Which isn’t a charge that could be levelled at the Ioniq. Not least because it’s near impossible to garner the necessary sadism to drive it hard.

Sam: No. I mean yes, mechanically the Ioniq is pretty damn similar to the Toyota, but crucially it doesn’t have a Prius badge on the back, instantly making it 300 per cent less smug. Yes, it’s still pretty damn smug, but at least it’s not a Prius.

Stephen: True. And it’s also 300 per cent more drivable than a Prius, thanks to not having a CVT gearbox, but to be honest I barely used its mechanical power anyway. It quickly sucks you into the game of using EV mode as often as possible. I began to find the petrol engine kicking in as frustrating as I might find fluffing my braking point in the i30N. I chastised myself.

Sam: Exactly! I’ve long maintained that the reason most people – and by ‘most people’ I mean ‘us’ – occasionally drive too fast isn’t because we particularly need to get anywhere quickly, but because it keeps the mind occupied, stops you getting bored. The Ioniq gives you other, fuel-saving games to keep your brain busy while driving slowly.

Stephen: Precisely. Driving satisfaction comes from getting the most out of the mechanical layout beneath you. Turns out that can be eking out as many zero-emission miles as you can, not just hooking a diff up beautifully. I’m not sure dodging the pumps would be a long-term source of joy, but it tests your driving ability just the same.

Sam: On the subject of dodging fuel pumps, did you manage to find anywhere to plug it in?

Stephen: The office. Like most people, I live in a flat that would require a whole Maplin’s worth of extension cables to be able to plug in at home. Otherwise, the Ioniq is almost tailor made for how I drive most of the time – my office round trip can be done within its EV range, but there’s petrol power for when I need to drive to an airport or up north to see family.

Sam: Unless that drive happens to be along an interesting road…

Stephen: Yeah. Driving the Ioniq fast reminded me of when you’ve filled a cheap bucket with too much water; unwieldly weight transfer caused by asking too much of the tool your using.

Sam: What exactly are you asking that bucket to do?

Stephen: Sshh. What I’m saying is, the Ioniq’s all about comfort, right? There’s enough tyre sidewall for an avatar of the Michelin man. You couldn’t even get the weird bobble bit on the top of his head on the i30N’s tyres.

Sam: Definitely. The Ioniq is so wilfully, zealously unsporting that, no matter how great the road, it’s just not worth the bother to trying to thrash it. Far better to embrace the eco, and aim to get that mpg read-out into triple figures. So here’s the big question. You’ve got 28 grand to spend, and you desperately want, for whatever reason, an interesting Hyundai. Which do you go for?

Stephen: I liked the Ioniq a lot. It unexpectedly got under my skin. It’d suit the driving I do so well…

Sam: I sense a ‘but’ arriving?

Stephen: But unless they were completely banned, I’d still have to have a quick petrol car for occasional fun, too. So I’ll stick with the i30N, which does everything I need and want in a car.

Sam: And will cost you three times as much to run as the Ioniq.

Stephen: Worth every penny…