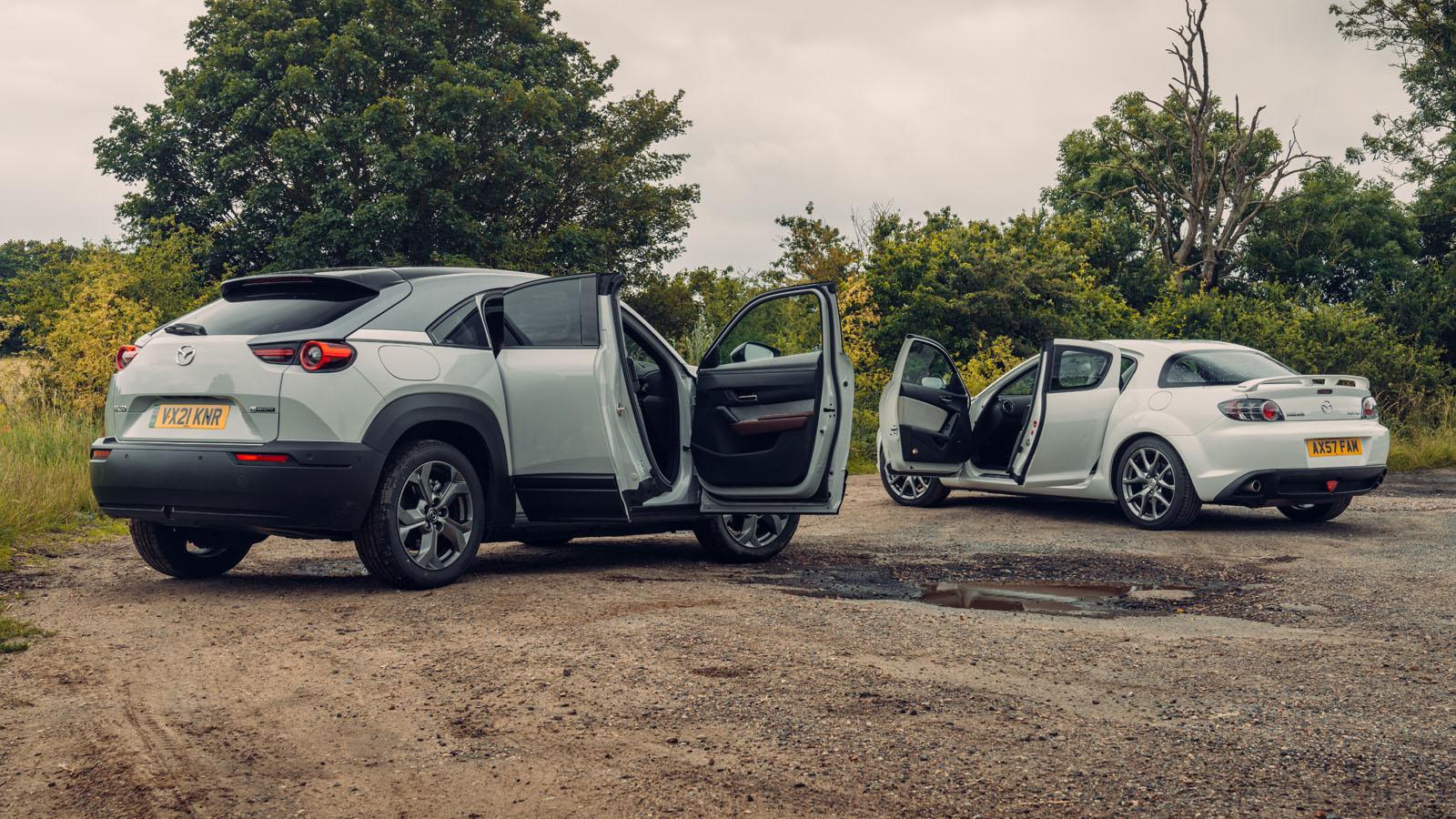 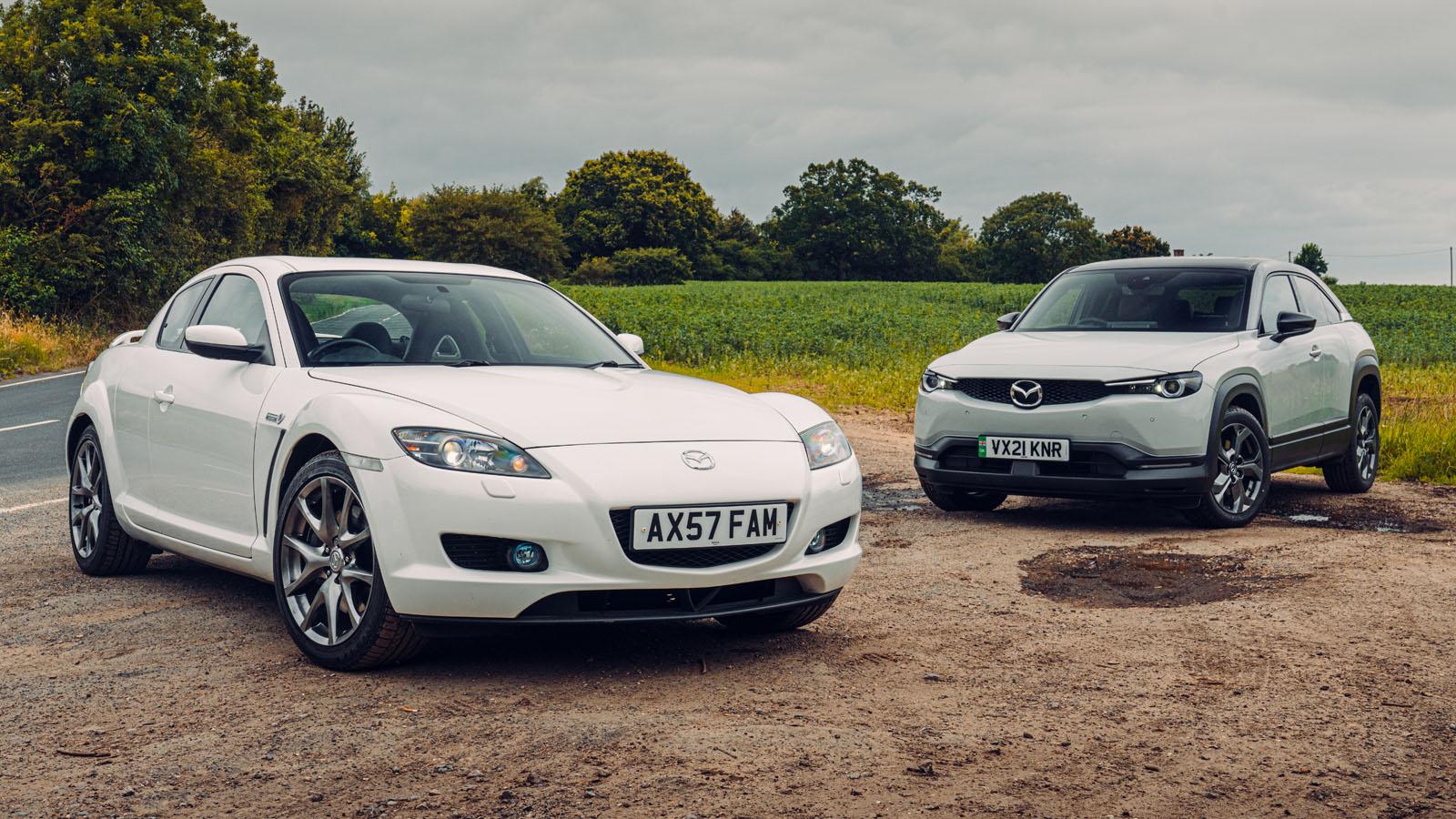 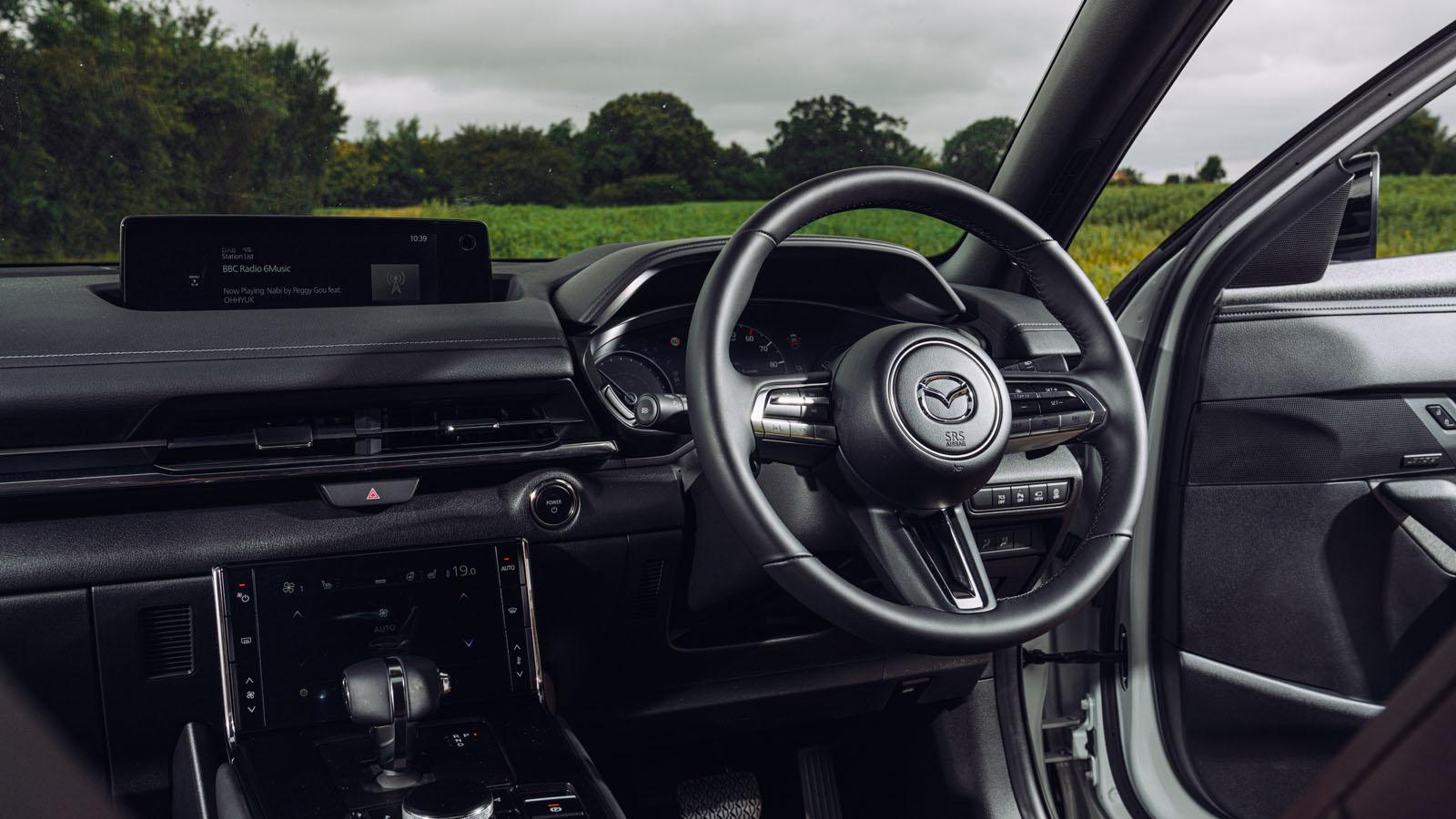 This job is mainly about finding creative excuses to drive cars you’ve always wanted to have a go in. Cars like the Mazda RX-8. Which, as you may have noticed, has the same kind of doors as “our” MX-30. Tenuous enough of a link for you?

When the RX-8 was new my Dad borrowed a grey one for a weekend from somewhere – I must have been 11 or 12 at the time – and I distinctly remember being captivated by two things in particular; those doors and the noise. The doors because, well, children are easily amused (and they are cool, aren’t they?) and the noise because the RX-8’s rotary engine spins all the way up to a 9,000rpm redline. And you have to take it there. Constantly.

In the RX-8 peak power and torque don’t arrive until 8,200 and 5,500 rpm respectively. That’s great fun when you’ve got the space and inclination to work the superb six-speed manual gearbox, but when all you want to do is get somewhere (or nip into a gap in traffic), the lack of low-down grunt is bloody hard work. Almost dangerous.

As you’ll have read, the MX-30 is undoubtedly the faster car. Yes, I know the numbers don’t back be me up, but hear me out. Though it’s down on power, weighs vastly more than the RX-8 and would comfortably lose a YouTube-friendly head-to-head drag race, the MX-30’s instantly accessible, point-and-squirt torque means most of the time it destroys the RX-8 in real-world conditions. Especially around town, where using 9,000rpm is plain antisocial. Even where I live in Essex.

Soon, of course, you may be able to get an MX-30 with a little rotary engine under the bonnet to extend its meagre 124-mile claimed range. Pop the MX-30’s bonnet and you’ll see there’s certainly space for one alongside the tiny e-motor. Mazda has rubbished recent reports it cancelled the project. “We will apply multiple electrification technologies which use a rotary engine as a power generator for BEVs, PHEVs, and HEVs depending on the varied capacity of the motor and batteries,” it said in a statement.

No other manufacturer currently sells a range-extender hybrid in the UK. BMW was last to do so with the i3 REX, but took it off sale when battery tech got to a point the all-electric i3 could travel far enough unassisted. We applaud Mazda for doing things its own way, as indeed it always has, but remain of the opinion the MX-30 just ought to have a bigger battery.