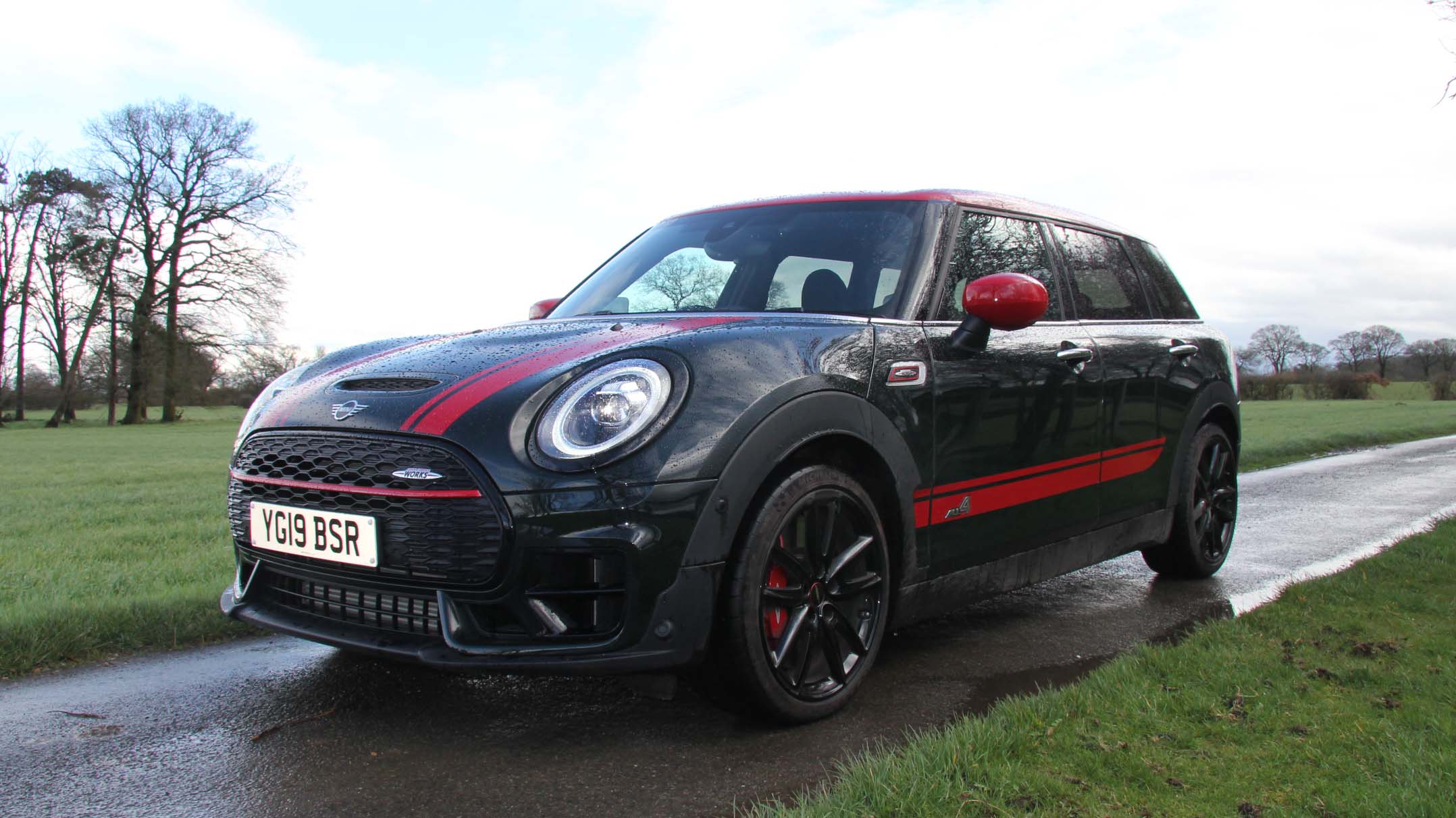 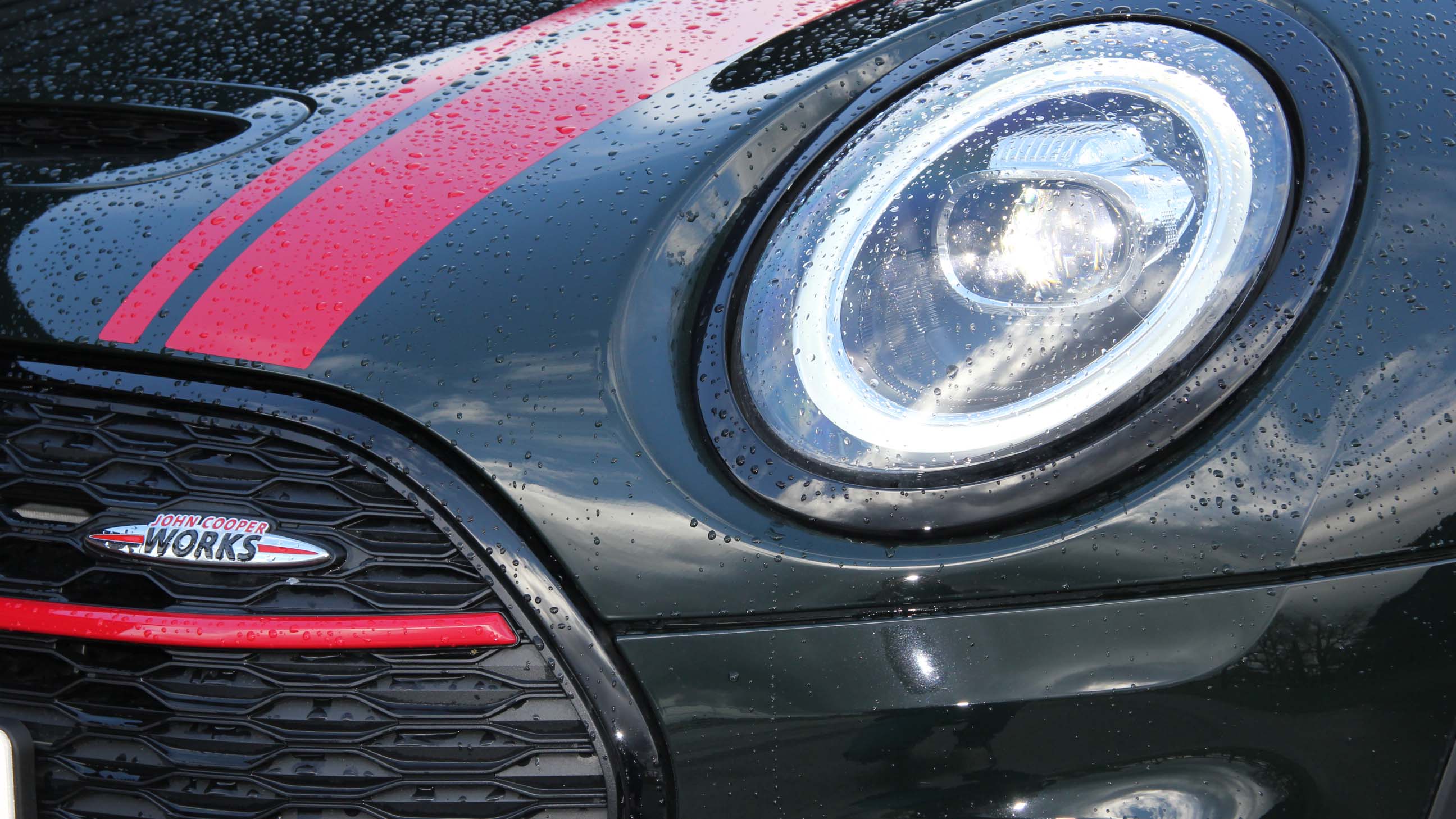 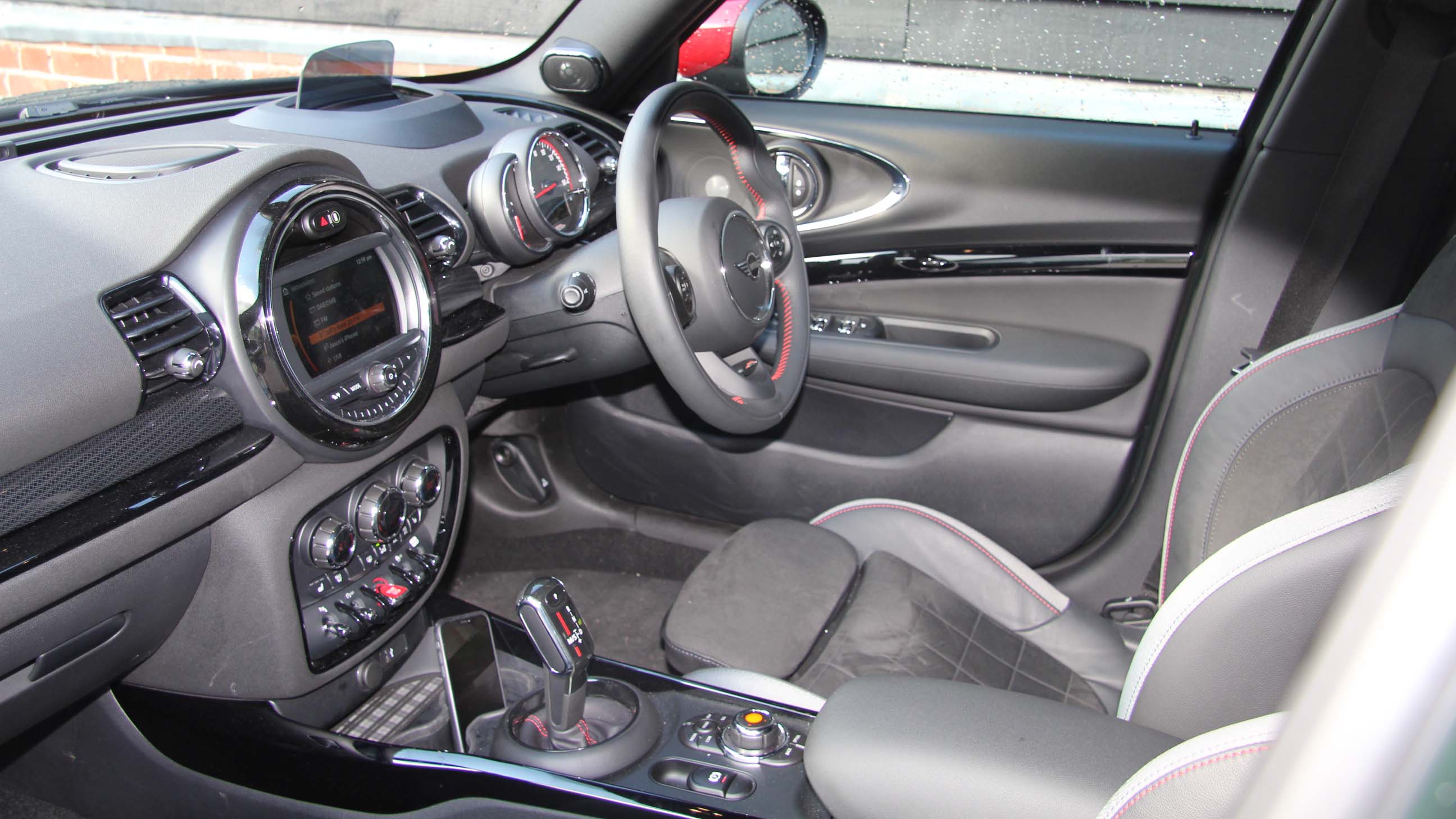 Henceforth, it will be known as the JCW. It’s also only going to reside in the TG Garage for three months because we’ll be switching out of this, the most extreme Mini currently available, to the Mini Electric. Which is the most current Mini, as well as being the one that uses actual current. An internecine Lifer twin test, Old World versus New.

It’s difficult to believe that the BMW Mini is close to 20 years old now. Late last year, I headed to Turin to drive the 10 millionth Mini off the production line, of all flavours, in the company of the magnificently raconteurish David Salamone. In his youth, he sourced the cars for The Italian Job, and found himself on-screen driving Michael Caine’s character in the red Mini Cooper. What a claim to fame. On the famous roof of Fiat’s old Lingotto factory, we were surrounded by 150-odd Minis, many of them the Issigonis-designed original, one of which had been previously owned by none other than Enzo Ferrari.

Il Commdendatore was a big fan, and briefly considered making a little car as a revenue booster. Check out 1959’s ‘Ferrarina’, which was almost a co-production with gun maker Beretta (it even had a gun motif on its grille), before morphing into 1965’s ASA 1000 GT, designed by Giugiaro, built by a company founded by Scuderia Ferrari racing drivers Lorenzo Bandini and Giancarlo Baghetti, and engineered by Ferrari legend Giotto Bizzarrini.

Whether he would have approved of the Clubman JCW is moot, but it’s plenty fast enough to embarrass a number of Ferraris. BMW’s Mini adventure may have pointed the brand down a few unexpected avenues, several of which turned out to be cul-de-sacs (Paceman, anyone, or the short-lived Coupe?), but the Clubman has survived the gen one (R55) ‘Clubdoor’ imbroglio to become a less idiosyncratic estate. Following last year’s mid-life refresh, this elongated, not very mini Mini now tops out with the JCW, using the same TwinPower Turbo 2.0-litre, 302bhp four cylinder that you’ll find under the bonnet of the BMW M135i. This puts it on a more equitable footing with the likes of the Audi S3, Mercedes-AMG A35, and the Golf R (if you can still find one for sale), whose 0-62mph time of 4.9 seconds it matches dead-on.

But this feels like a more overtly characterful car. Mini eschews the industry-wide obsession with angry headlights in favour of big, expressive lamps, and those ironically patriotic rear lights. There are a few bits of aero addenda, and the (optional) red roof and go-faster stripes ladle on extra graphic drama. It’s not as fugly as a Honda Civic Type-R, but it’s not wholly pretty, either. But then, how many modern cars are? Mini’s designers have also achieved peak quirk inside, although my initial acclimatisation suggests that it’s actually easier to navigate and use than the touch-sensitive overload in the Merc-AMG GT four-door that I recently handed over to Rowan. We’ll see. It’s relatively lightly optioned: the stripes are £200, the sun protection glass £300, the HUD £500, and the excellent Harman Kardon audio £600.

The JCW runs various chassis modifications, including revised spring and damper settings. Adaptive damping is an option our car doesn’t have, and so far I’m finding its secondary ride on its passive set-up rather coarse. The all-wheel drive system uses a mechanical differential at the front, an electronic one at the rear, and up to 50 per cent of the torque can be sent to the rear wheels. The trade-off between feisty, accessible high performance and a car that does a bouncy castle impression on the M25 is one I’ll be exploring. And the dog can come with me, too.