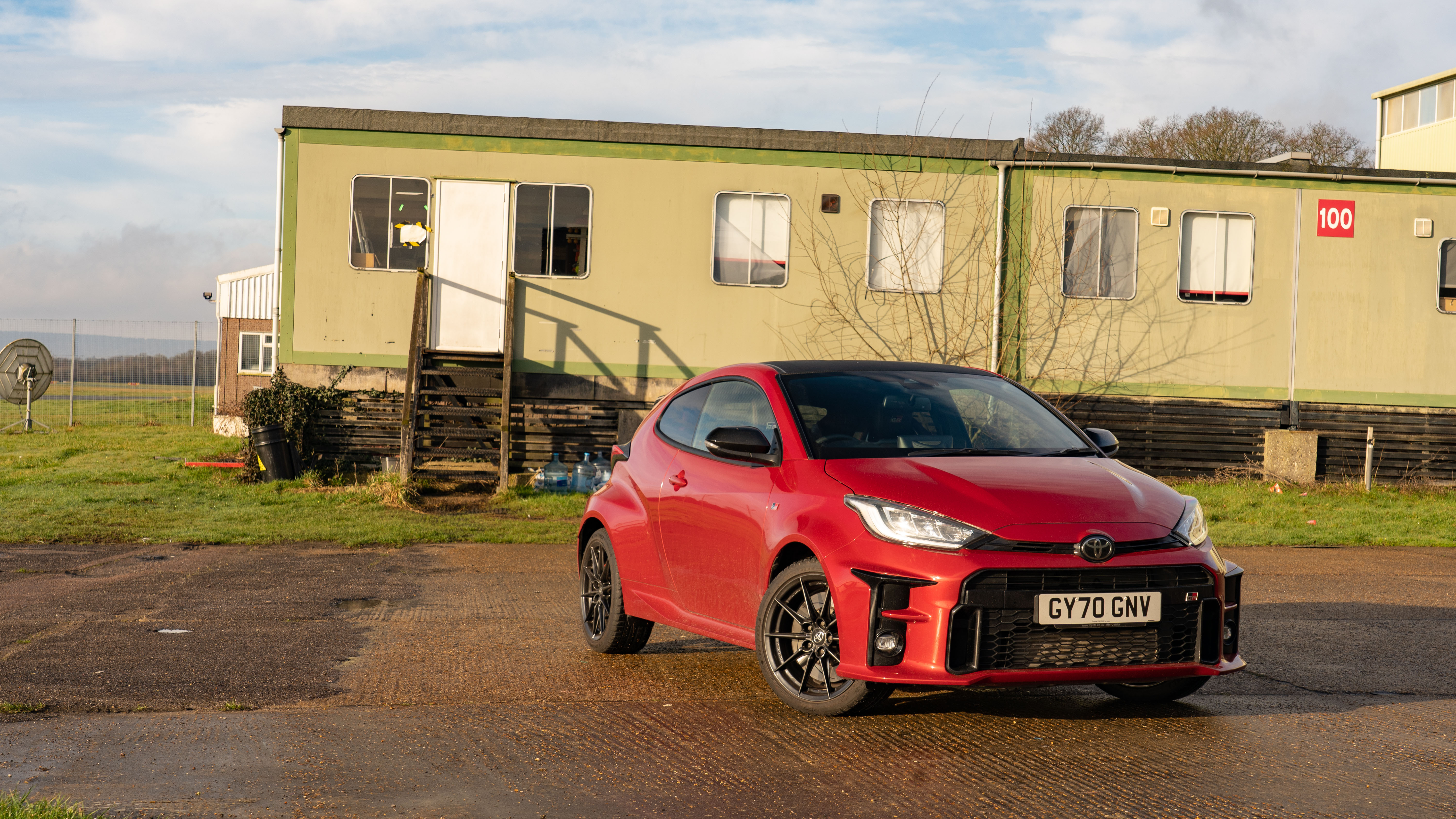 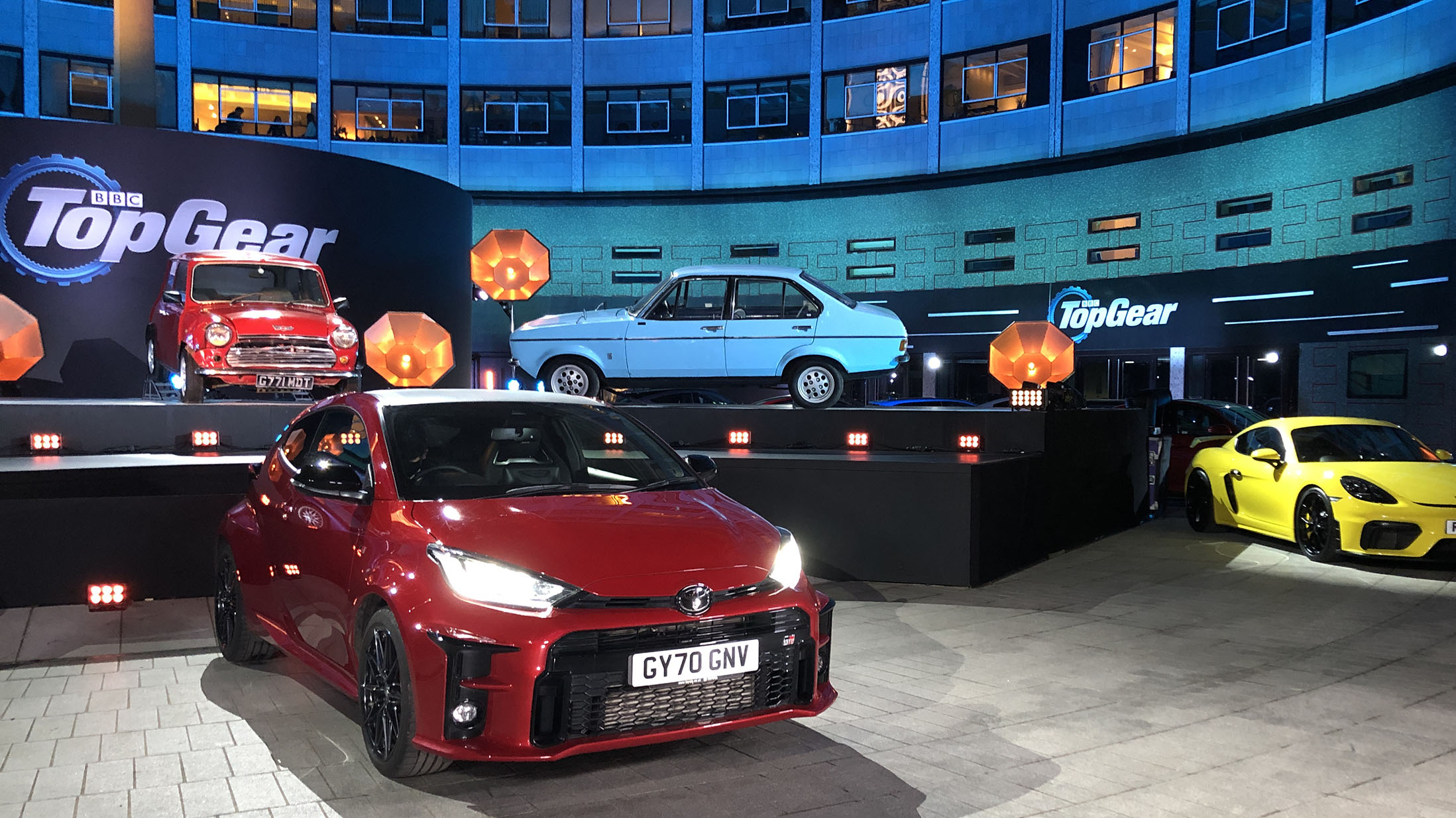 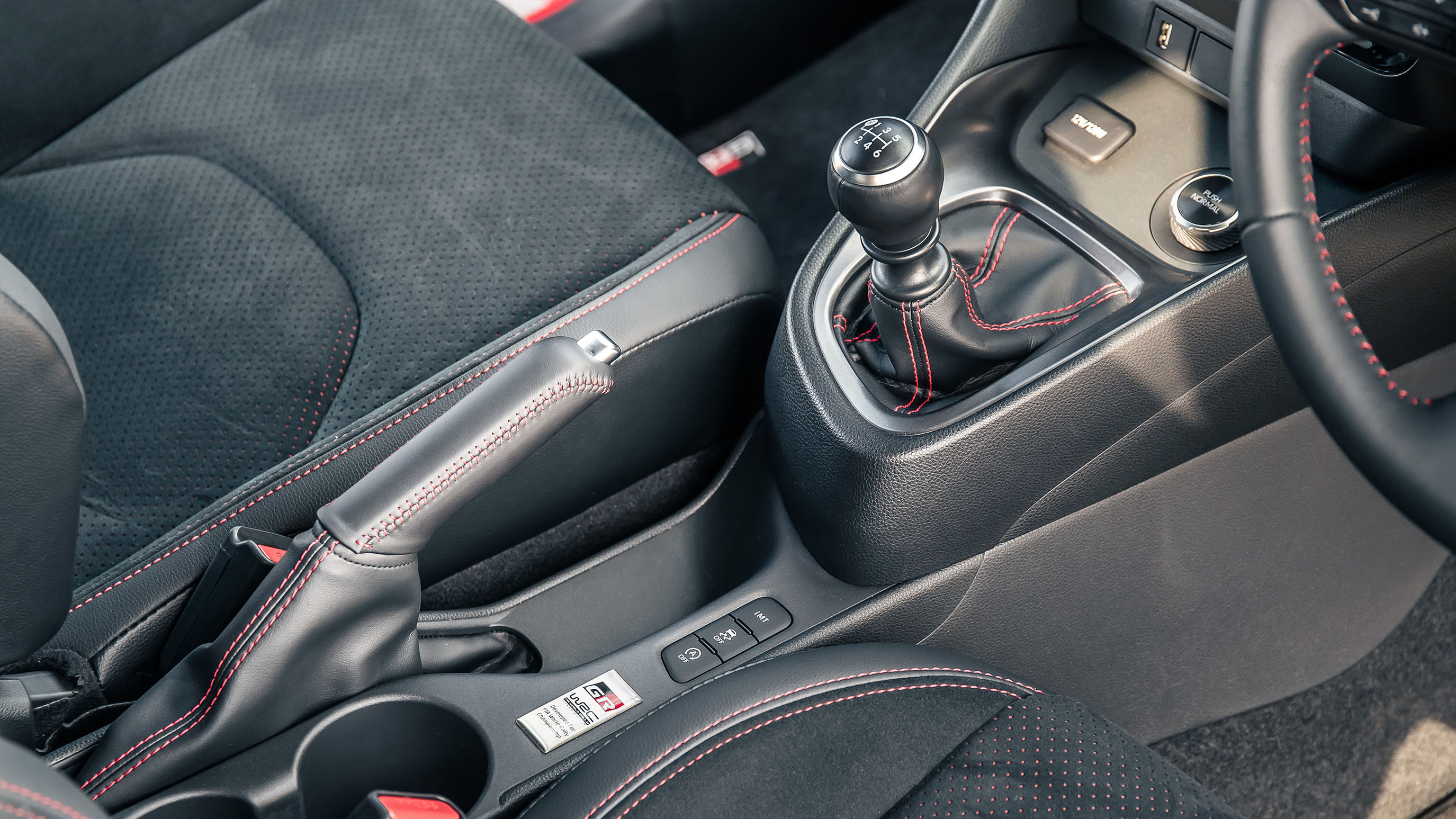 Roadkill: our GR Yaris vs a pheasant

I clobbered a pheasant recently. They’re running a higher population density than pub gardens out my way. The tweed and Schoffel set clearly weren’t allowed out to bray and blast at them over winter, with the unfortunate consequence that not even a GR Yaris could pick its way around four of them out for an evening strut on a country road. Result: offside foglamp knocked back inside the bumper. Nothing else. Yaris appears to be built tough. Certainly tougher than pheasant.

I thought it would be unwise to take the Yaris to the dealership wearing its OZ wheels, as someone there might get excited about non-standard specification and refuse to pop the offside foglamp back into position, so swapped the car back to the forged BBS items. Which immediately felt better: more nimble, steering lighter and less sluggish. I’m now in two minds about whether to swap back. Instagram seems to say no, it looks better standard, but Instagram also has no awareness of the relevance and backstory.

Anyway, the GR was booked into Inchcape Basingstoke at only three days notice and they were able to offer a courtesy car. I was surprised until I got there and saw the massed ranks of nearly new Aygos and Yaris’ on the forecourt. If you want evidence that every airport rental firm has been hit hard, there it is. My loaner had managed to acquire 100,000 miles of bagginess in only 3,000 miles. They kept the GR overnight, did a decent job of keeping me informed, but – and here’s the completely unsurprising bit – insisted I needed a new foglight even though the one headbutted by the pheasant was still working (if only to illuminate the inner workings of the bumper). No make do and mend, just fit and forget. And finance. It cost me £244 – although that did also include a new engine undertray that I reckon must have been missing since I’d been out splashing around in puddles a month earlier.

They also gave the car a good clean up. Which I didn’t really want. It looked fab filthy, ratty and well used, which made me happy every time I pulled up next to an immaculate Porsche or something else sporty and self-conscious. Which brings me on to how well it has fitted into my life and how much I’m now forgiving its foibles as a result. Because there are a few. No rear wiper is the main one, although I think it would detract slightly from the squat, wide, slumped stance. I’ve tried coating the rear screen with that rain repellent stuff, but it doesn’t prevent dirt build up, so I keep a cloth handy.

The boot is tiny, but provided you remove both wheels, it can swallow a burly full-suss mountain bike (or four Yaris-sized Michelin PS4S tyres). It’s good that it does, because the bike can’t travel on the roof. The Yaris’s carbon roof is actually hidden under a carbon-look vinyl wrap, because the actual thing is that cheaper, less ornate chopped carbon. They should have gone with that. I daren’t attach my Seasucker suction rack to the vinyl. I tried at home and it didn’t lose pressure over the course of two hours, but I just can’t bring myself to drive with 15kg of bike in a 70mph breeze.

What the back seats can’t do is take people. They really can’t. I insisted on folding a teen in there, telling him that since he was permanently hunched over a phone it would make no difference, but I couldn’t put the driver’s seat back into a position that allowed me to physically drive the car. That’s another irritation, actually. The passenger’s seat tilts and slides in one movement. The driver’s doesn’t, so when putting bags in the back you tilt the backrest forwards, realise the gap is still too small to post anything through, then have to scrabble under the front seat for the handle to slide the whole seat forward.

And I still haven’t cured the wind noise from the A-pillar/wing mirror area. It’s only on the driver’s side, which means it must be something to do with how the seals are sitting with the glass, but I’m damned if I can solve it.

Oddly, the high mounted seat is bugging me more now than it did when the car first arrived. It’s well bolstered and the fabric holds you really well, plus it accentuates the rally car vibe, but I wouldn’t mind trying a lower slung position. Aftermarket firms are starting to address issues such as this. It’d be interesting to try, but I reckon the steering wheel would then feel like it was tilted away too much at the top.

I have a three-operation routine I do every time I start the car: disable the lane keep with a long press of the steering wheel button, twist the mode knob to Sport or Track – makes no odds which, I just enjoy trying to spot the difference in the torque distribution (Track 50:50, Sport 30:70), and engage iMT for a spot of rev matching. Which I then almost always switch back off, as the system really isn’t very good at it.

But the foibles force you to interact with the car and find solutions. And that gives the car character. I even forgive the sound system for being so tinny, because at least that encourages me to turn it off when I get to a good road. I guess that’s the thing with a car like this. You see these faults and they should be irritations. God knows they are in a Golf GTI. And yet you find excuses for them and make a positive virtue out of every single one. I can’t carry passengers. Good, it means I’m always in the car by myself. I’m sitting too high. Fine, makes me look taller. I can’t see out the rear screen. I’ve got side mirrors haven’t I? The iMT is rubbish at rev matching. I’ll master it myself. There’s wind noise. I’ll see if I can whistle in harmony. I’ve murdered a pheasant. Waste not, want not.